The last two weekends have been a bit of a blur.  The weekend after the Birkie, I headed down to Connecticut with Anna and Anne, to visit Becky and get into the forests with hopefully less snow and do some orienteering.  Not so fast - there was still plenty of snow! Of all the winters to try and be a runner, this one has been tough.  I love snow, but I wish I could put my feet on dry ground, and train some of those orienteering-specific stabilizer muscles.  Anyway, the training camp in Connecticut was a success, and we got in a lot of good intensity, including a middle distance race (only punching through the snow ever four steps or so), and two sprint starts on Sunday at Fairfield university.  The sprints were fun, but they reminded me that I really haven't been doing enough high-intensity running on hard ground, as my calves seized up pretty good by the second sprint.  Time to start wearing minimal race shoes while doing track workouts, I suppose. 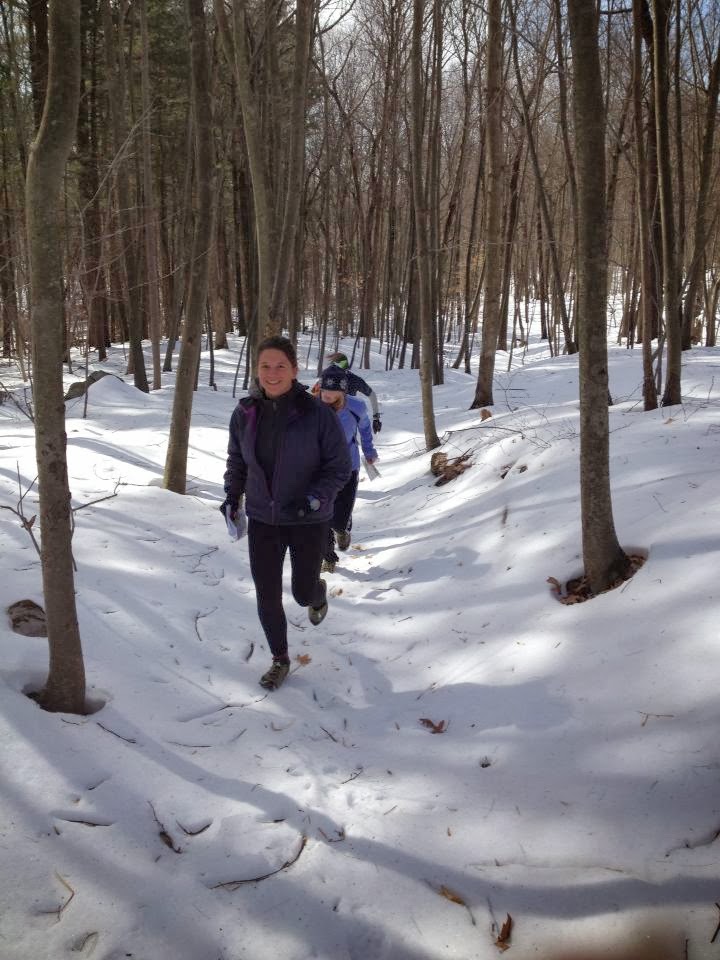 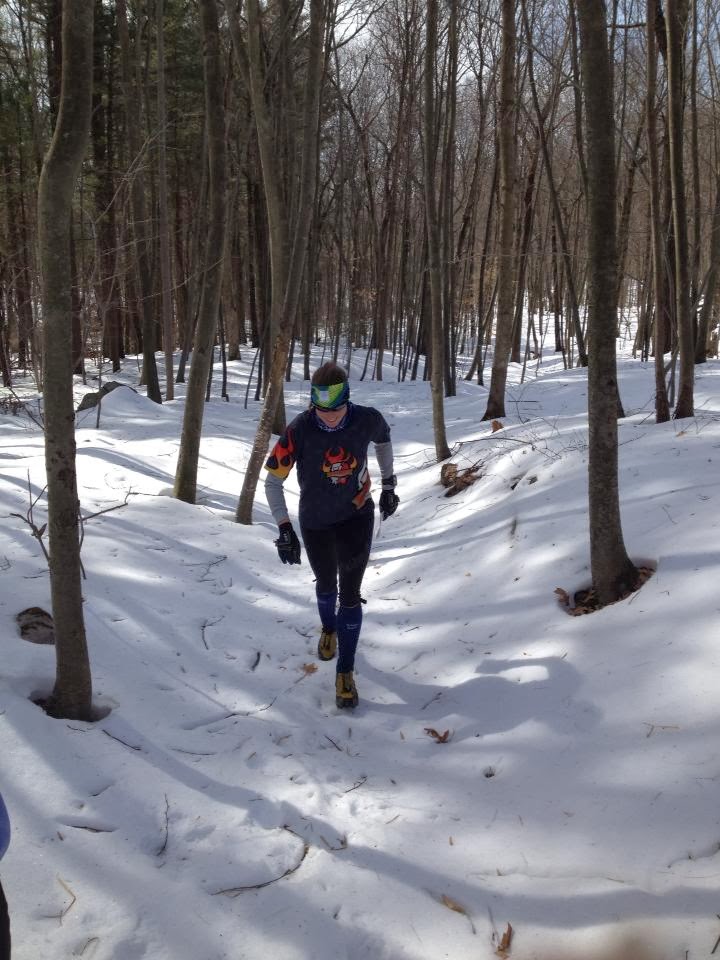 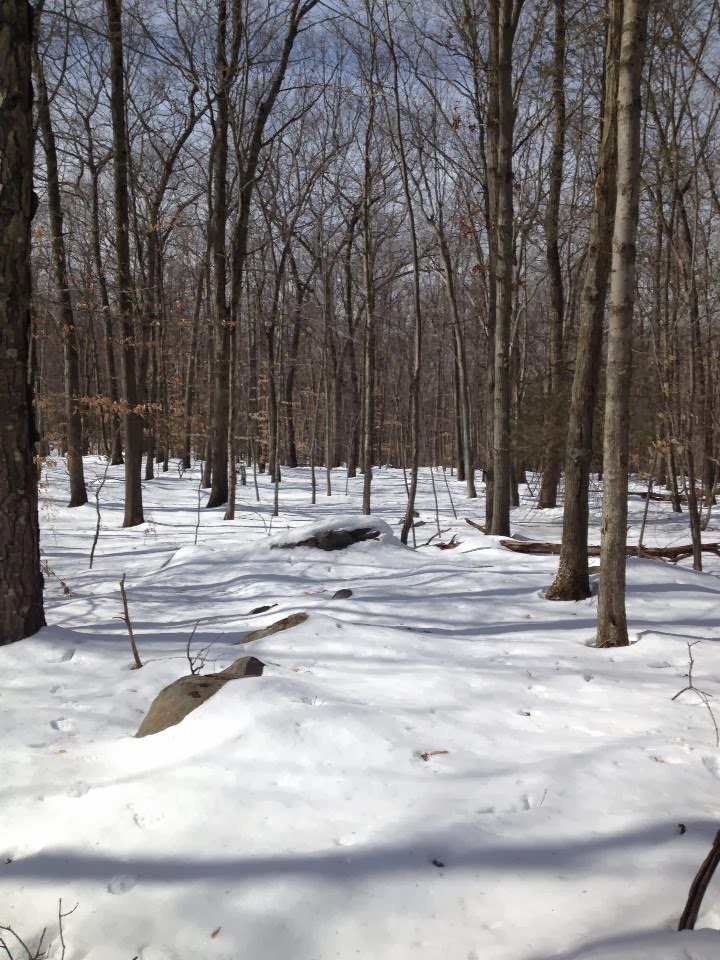 Pretty good crust for the morning workout, but it was softening in the afternoon.

Orienteering looks pretty good based on the line, but you gotta keep in mind how slow I was moving - everything is easy at that speed!

The following weekend was the J2 championship, at Rikert Nordic Center in Ripton VT.  It was fantastic to be able to use hardwax for J2s, and the conditions and grooming were just superb.  My skiers in general did pretty well, with some of the CSUers on top of the pile, and it was a pretty sweet weekend, all things considered.

Trying to get my final long run of the pre-team trials build in that weekend, I had Jamie drop me off at the Middlebury Inn, while he drove all the waxing stuff up the hill, and I ran up, with a bit of an extension.  The sun had been melting away snowbanks down in the valley, and getting to run on the muddy shoulder was the first soft ground I'd been on since December, I think.  Woo!  The flat parts were deathly boring (and windy!), but it was a beautiful day and I was letting my mind wander, collecting the loose ends and sort of defragging itself.  Finally I started the climb, and that was way more fun.  I tried to push the pace a bit, just to keep things moving, and near the top of the hill it was hard not to flag down all the Massachusetts cars that were streaming by me, and beg for a ride.  I suppose it's a good thing to feel pretty spent at the end of your long runs, especially if you're only managing to fit in one a month.  Take what you can. 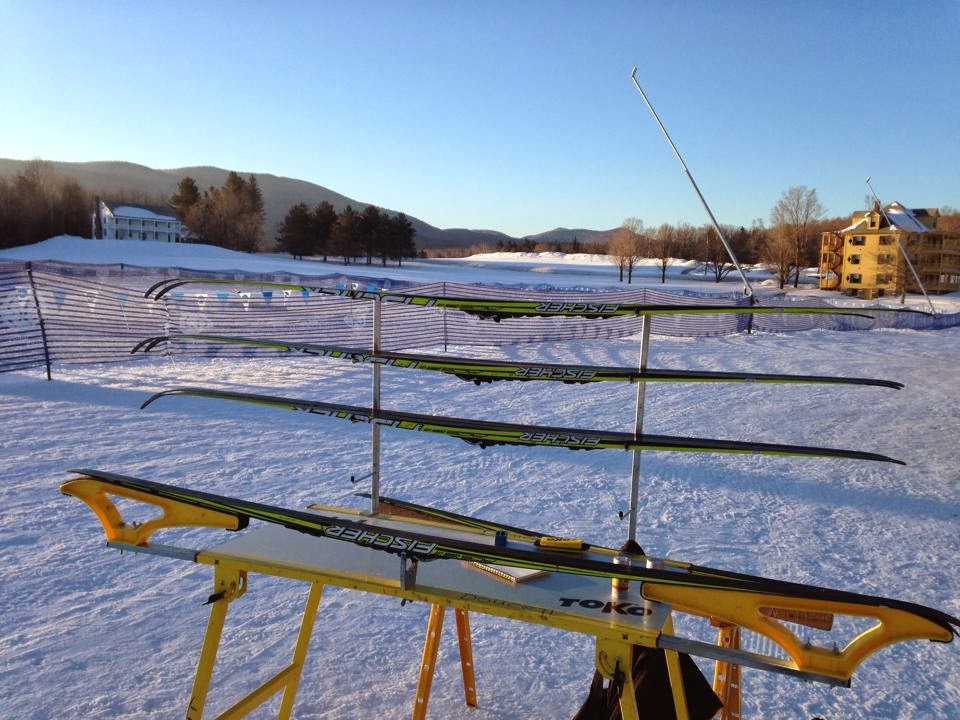 Bluebird days, even though it was chillier than normal for this weekend.

The U.S. Ski Orienteering champs are this weekend, up in Stowe, and I'm psyched to see what is left of my badly degraded ski-o skills.  I don't think I've looked at a map on a board since early January, but then again, my competition hasn't been training too much, either.  Whatever happens, it'll be an awesomely fun race, and a well run event.  Then I'm off to California for the summer orienteering team trials!  Let's just say I'm hoping for some sunshine.
Posted by Alex at 11:48 AM