The early-season skiing's been really good this year, at least for everywhere other than Boston. Weston didn't quite have their act together enough to blow a big enough snow pile to weather the rainstorm last week, so just didn't bother.  Well, three more weeks of dryland training is actually probably a good thing for CSU, since we have more hills when we're on foot than on our golf course. On weekends, though, we've been heading north, and it's been awesome!  Amazing how much better skiing is than rollerskiing.  You mean you can wiggle your way up a hill using finesse rather than brute strength? Crazy! 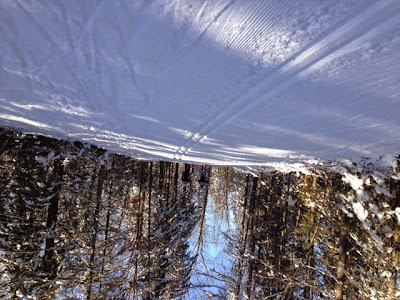 The weekend after Thanksgiving found us up at Craftsbury.  The skiing was great, and so was the bacon. 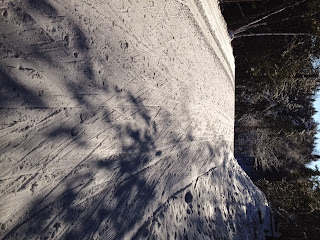 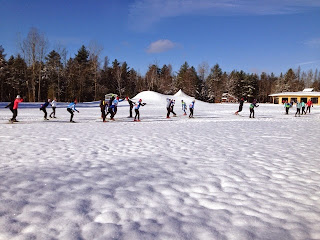 CSUers doing no-pole double-pole. It's as ridiculous as it looks. 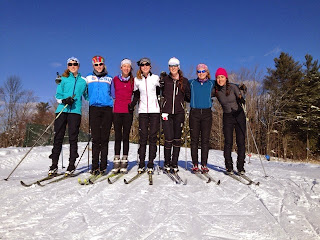 My J2 ladies posing while out on a ski on one of the many sunny days of our mini-camp.  Such good skiing, on all the trails! 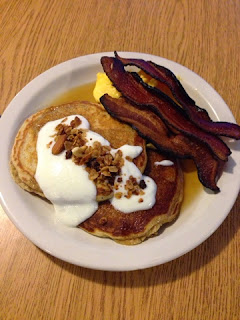 There was an impromptu race on Sunday morning. I went into it fueled with the breakfast pictured above. Because you really can't say no to the Craftsbury Outdoor Center's very own bacon (they could probably tell you the name of the pig it came from) and home made waffles with local yogurt and maple syrup... maybe we'll just blame this breakfast for my somewhat middling results in the race =). 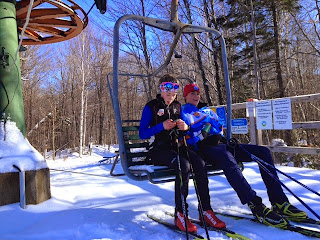 The following weekend was up to Waterville Valley, where we were greeted with surprisingly good conditions, considering the mid-week weather.  We started out by skiing up Snows, which tops out at the top of a small ski run. Chair wasn't running today, but was a nice break. 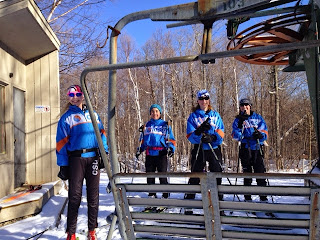 So today I decided that I didn't want to go back to Waterville Valley if it was going to be icy, since they didn't get the snow dump like western New England, so I joined a car full of folks going to Prospect Mt, in southern VT.  That was definitely the right choice!  Conditions were absolutely superb, mid-winter powder on a firm base.  I was in heaven, and could have skied for ever. 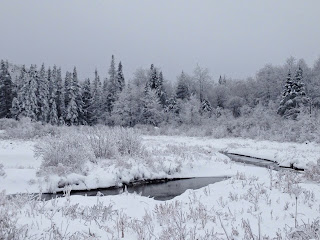 We were also up in a cloud, which made for some surreal views. 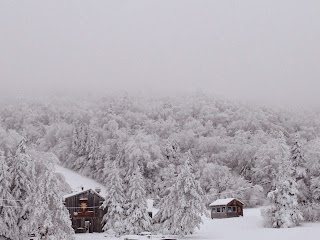 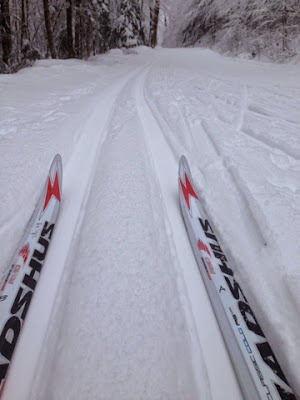 My Madshus powder skis love the soft stuff. Classic skiing in good conditions like this probably my favorite thing to do. Like, in the world. 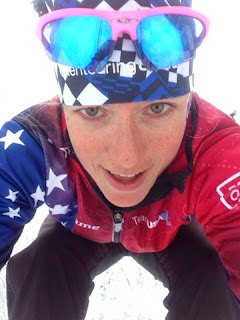 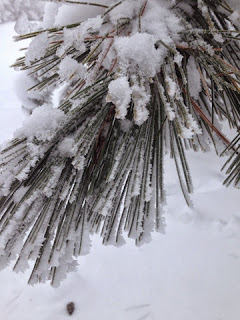 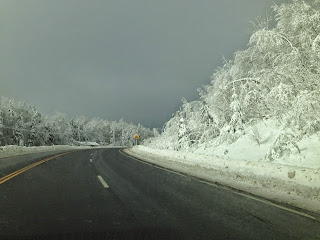 The view on the way up. Climb a few hundred feet, and welcome to the winter wonderland!

Now back to roller skiing until the Eastern Cup opener races next weekend.  I'm woefully unprepared to race, but hey, the skiing is going to be great at Rikert!

I'm loving this blog Anna! I love to ski and have recently written a ski feature on a beginners guide to their first skiing holiday.

It would be awesome if you could get involved and give me a few tips on how you began skiing, which I could include in it.

Keep up the good work,
Abbie