The last week has been spent in preparation for the mental side. I have taken time to experience the new terrains I'll be racing in, getting comfortable with ducking down narrow passageways that look like somebody's backyard, figuring out techniques for wading through the heather, but since I'm in the middle of a physical taper, none of this takes very much time. Maybe 45 minutes of training time, after driving an hour to get to a map, feels very inefficient, but it is what you have to do. This year, to fill the interstices between trainings, I joined forces with team members Samantha, Kseniya, Ethan, and Tori, and we've spent a lot of time castle hunting. Many castles to hunt in this country! It's been a lot of fun to have a small group to travel with, relaxing and taking our minds off of the looming pressure of the World Champs.

We've been staying in Lagganlia, an outdoor education center in the Cairngorns National Park, sharing it with the British junior squad who are having a national training camp. I'm still not sure how we got so lucky, some connection through Becky and her parents, who are coaches of various juniors there, but it was great to be able to have a place that felt like home at the end of each day. The Brits were super welcoming, and the coaches were very accommodating. We stayed in little glorified tents called "pods", and it has rained every day so far, sometimes quite heavily, which means everything is damp and cold. I guess that's summer in Scotland!

Now for a boatload of photos..

The trip actually started with a conference in the wrong direction - in San Diego. Zan flew down from San Francisco for the first weekend, and we had a good time running up in the mountains (Mt. Laguna was only an hour away, and beautiful orienteering!), with a brief run along the Pacific Crest Trail, too! It was a fun way to start a hectic week, but the conference was totally worthwhile, even if it didn't help with the pre-jet-lagging. 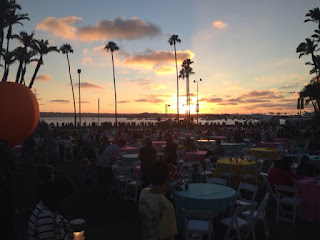 So, one red-eye flight to Boston, where I went to work to wrap up all sorts of loose ends, and then off to Scotland on the second red-eye, for two weeks! I arrived in Edinburgh, picked up the rental car, and miraculously we had only minor hiccups finding all five passengers. We did a fair amount of sprint training in Edinburgh, Livingston, and Stirling, and got the chance to check out Stirling Castle before heading north through the Highlands. 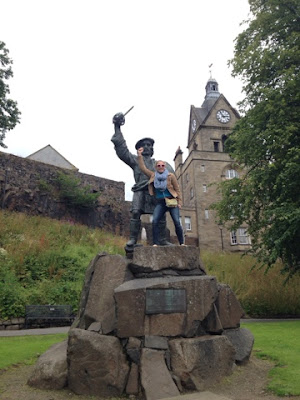 Alex atempts to be Rob Roy. 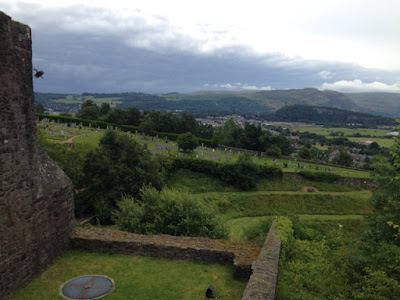 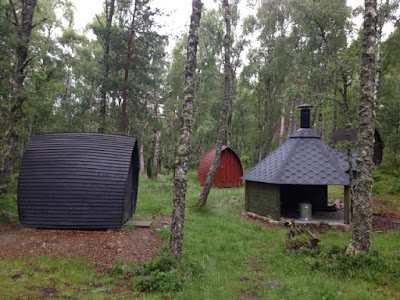 Once in Lagganlia, we were staying in "pods" - little elf structures scattered through the woodland. They were very cute, but also very cold and damp. Luckily they warmed up nicely with two people in each. 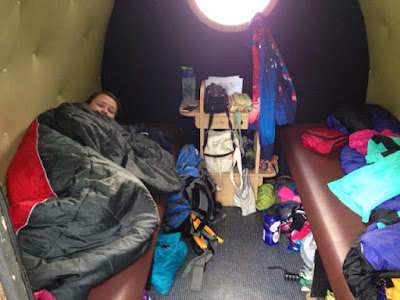 The next castle to see was Inverness Castle, which was very well restored. I am less excited by that than the medieval castles that are half falling apart, but it was still impressive. We also spent some time trying to find wellies, which I knew as gumboots but apparently that's not what they're called here. Sam and I were being way too picky, wanting the short little ankle ones, so we still have wet feet, but Kseniya and Tori were successful in the search. Ethan, being still in college, declared that it was better to just wear sandals all the time. 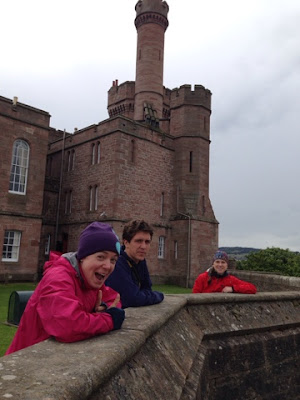 Yep, it's cold and damp and rainy. Haven't really seen the sun yet. 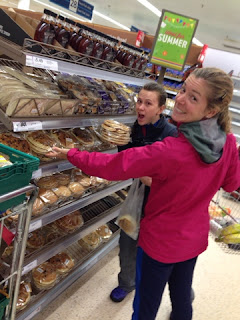 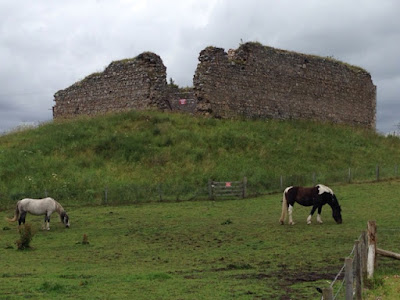 Castle Roy. It was under construction so we couldn't get too close, but it wasn't very big. This one was from the 13th century, and apparently it was just a wall, with lean-tos inside.

Yep, I found a river- this is the River Feshie, behind our pods. Good trout habitat! 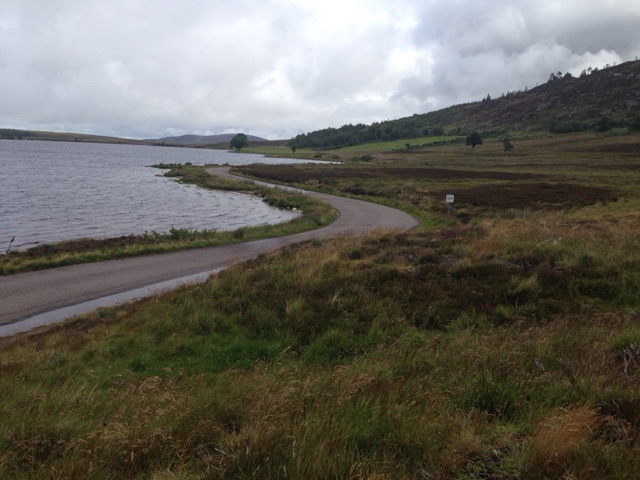 We found this awesome little road to go check out the first castle of our rest day, where we successfully hunted OODLES of castles. It was a small castle in the middle of the lake, but the views were pretty awesome.

I love these open hills. Too bad all that brown stuff is heather, which is really quite physical to run through. Deep, spongey, woody, and an uneven surface. 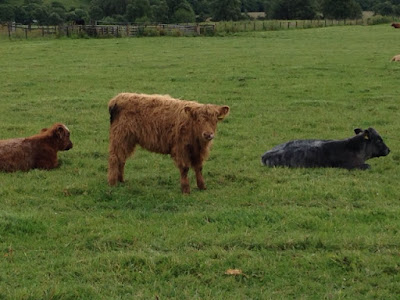 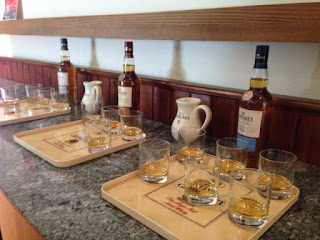 Found ourselves a distillery for a tour; interesting to learn about how the stuff is made, and on such a quantity. This was the Glenlivet distillery. I would have liked to sample more, but could barely take a sip since I was driving. The Speyside area had a zillion distilleries, must be something about the water, I guess. 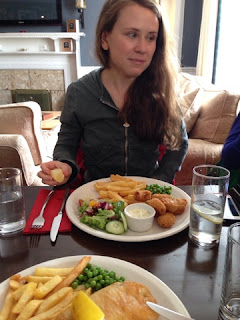 We found some fish and chips for lunch on our rest day - gotta do that at least once! 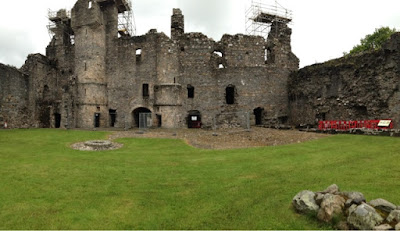 This was Balvenie castle - pretty cool. It was under construction, but that was good, as it meant we didn't have to pay, and we could wander around and it was all to ourselves. 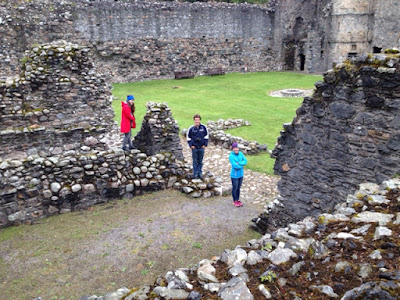 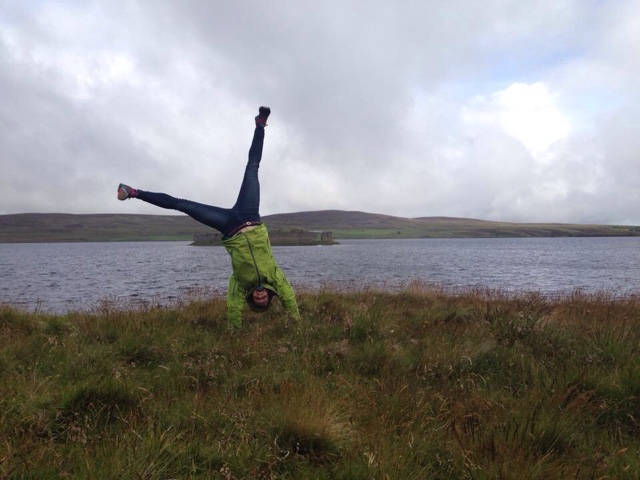 Cartwheels in front of a castle. 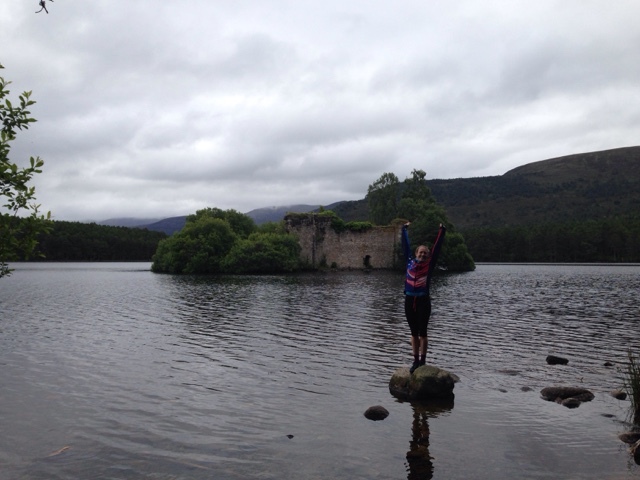 Final castle of the highlands - Loch an Eilean, near our pods. This one had a little trail around the lake, so we did a morning run there before coming down to the warmth and sunshine of Inverness.
Posted by Alex at 4:33 AM

love all of this! xoxoxox

Rob Roy eh? And sleeping in dwarf quarters... but methinks, having a time of yer life! Enjoy every minute! xoxoxoxox