A few weeks ago, we were hanging out with Jess and Graham, and I'd clearly had one beer too many, because somehow the topic of Ice Weasels came up, and I agreed to do the race if Graham got into the Killer B field when registration opened that night. There was a text message from Graham in the morning with a confirmation number, so time to sign up for a bike race.

I last pedaled my bike with any oomph in 2015. And before that, 2010. But, I still ride bikes to get to work, and sometimes I even ride my mountain bike, so how bad could this be?

Ice Weasels is a race that started ten years ago, brainchild of friends and former teammates Colin and Thom. I raced it the first two years, I think, and then life happened and I stopped racing bikes to focus on grad school and orienteering and here we are, ten years later, standing on a start line wearing an embarassingly yellow jacket and Frozen's Olaf tights in a snowstorm. Funny how when you're years removed from a sport you lose some of the obsession with looking like you know what you're doing. 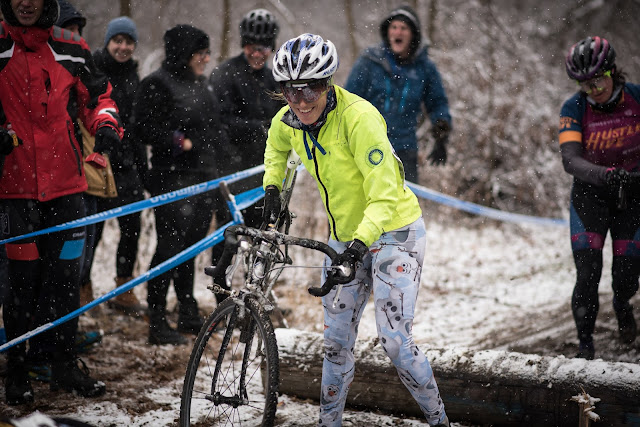 From what I remember of Colin and his 'cross preferences, the more like a mountain bike course we can get, the more fun we'll have. So, the Ice Weasels course was pretty wicked. A couple good descents towards a river, on loose sand with some large rocks, one sandy run-up, one "ride"-up which was totally a run-up for me, some stairs (also a run-up for me), and a log jump, which was in the "danger zone," code for slightly drunken spectators and a firepit and lots of heckling. Like most sports, I do well in this one when skill and finesse outweigh power, but there's still suffering involved. The more it snowed, the sloppier things were going to get, and I was stoked.

I had a poor start, seeded in the last row, and then unwilling to be too aggressive in the corners. We got to the first drop into the danger zone, and all the girls were kind of track standing waiting in a line to descend this thing one at a time. Screw that. I hopped off, and dove down the hill carrying my bike, passing what felt like the entire pack. Not many places to pass, so take them where you can!

We hit the run-up and I punched it to gain three places. Whee! By the end of the first lap, I was in a loose pack of 3-4 girls, and I was clearly pedaling better than most of them except the gal on the mountain bike, who had skillz.

Second lap, I got around one girl in some corners before the pump track, passed another on the first run-up, and then got the third when she bobbled the corner before the log. MTB girl biffed it trying to ride the log, so I pulled ahead again, looking for new rabbits. Entering the third lap I was closing on what looked like a bigger group, but they had a good 20-30 seconds on me already. I caught a straggler on the first run-up, and then one more on the stairs run-up, and was left dangling behind a girl who was maybe 14. I couldn't quite close the gap, and knowing I just had two laps left I was shifting into defensive mode.

The ground was getting increasingly muddy and greasy, thanks to the snow, and that made the bike handling super fun, but unfortunately also gummed up your cleats pretty badly. Every remount also involved trying to kick off mud before trying to clip in. Anyway, I thought I might be closing on the teenager, but then at the ride-up, I got fancy and did a step-through on my dismount and my left foot never unclipped. So I fumbled, fell down, turtled, and slid backwards down the hill under my bike. D'oh! Took me what felt like forever to get that foot unclipped, but eventually it did and I got myself and my bike up the lip at the top, not having lost any places, but having lost a good 30 seconds.

Fourth lap was basically a game of trying not to get caught by MTB girl. She was riding technically well, but suffered a bit on the power sections. I stayed upright, nailed all the technical parts, and really, really, really freakin' enjoyed myself!

I was pleasantly surprised with the result - 14th of 30 starters in the Jedi field (I believe that correlates to something like cat 1-3? maybe? it doesn't really matter). It was a good hard effort, and a ton of fun to ride my bike in that slop.

Graham enjoyed his ride, too, stopping for a couple drink breaks in the danger zone. Can't complain about a party disguised as a race! 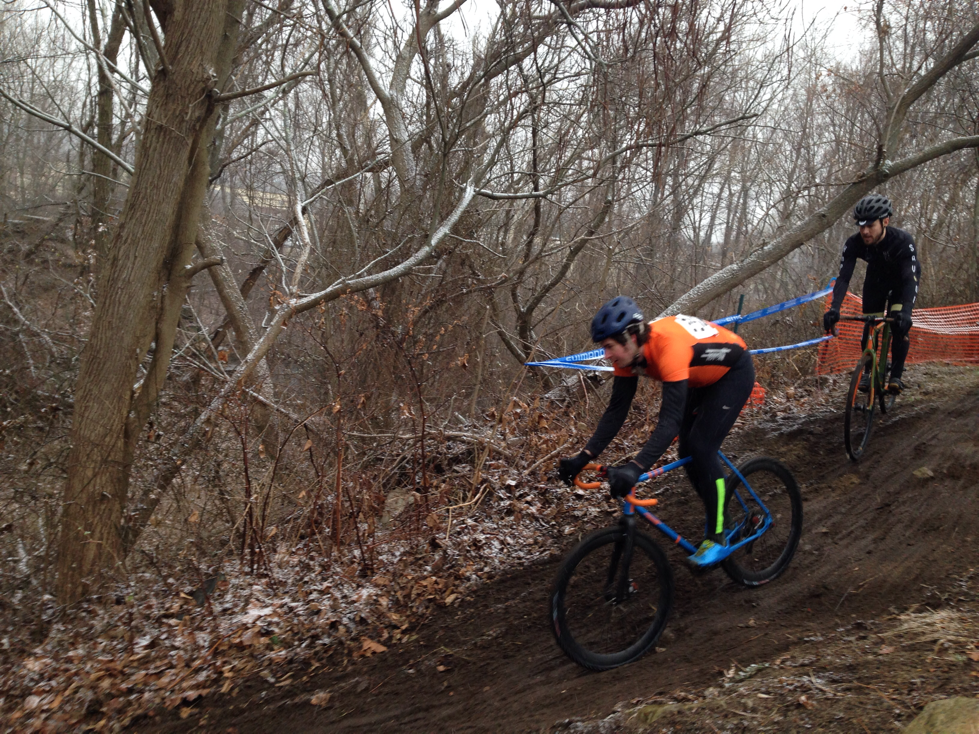 Will I do more cross races? Doubtful, but if it looks like snow during Ice Weasels next year, I won't rule it out. That was pretty awesomely fun. 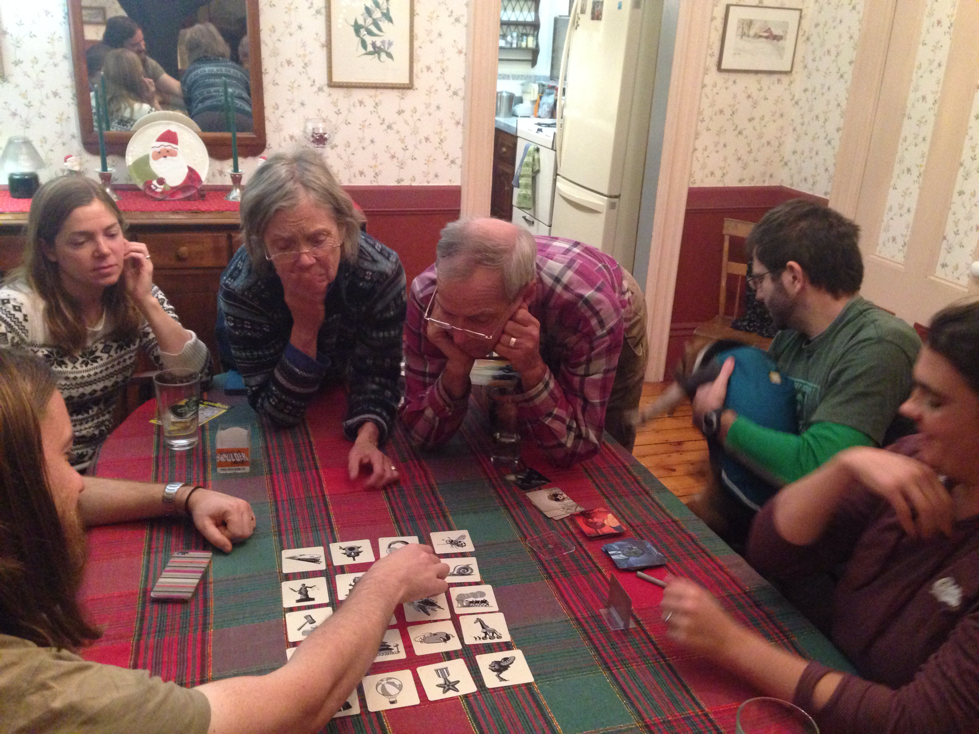 We spent a large part of the weekend hanging out at the Saegers' house, meeting various babies and playing games. 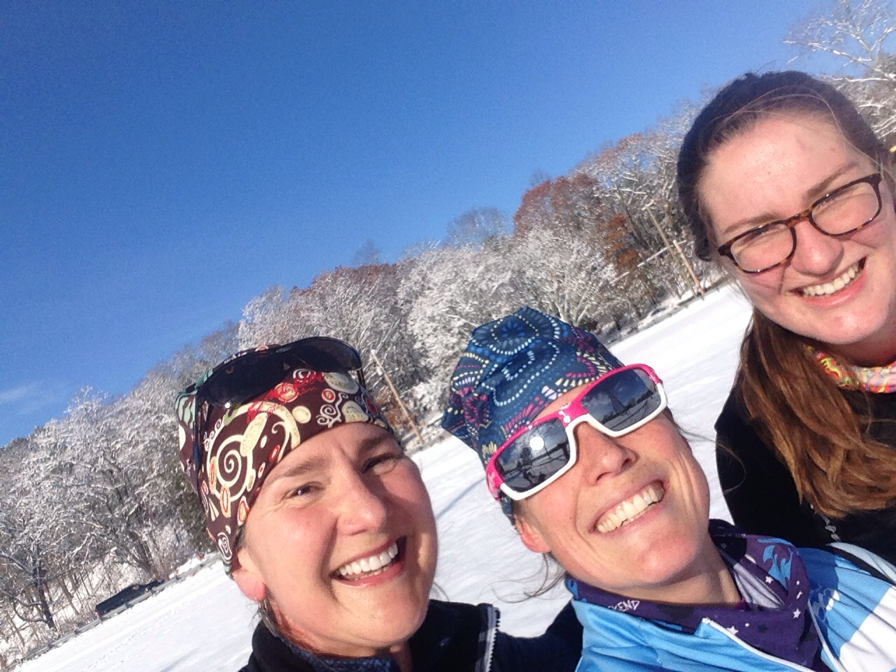 And the skiing! It was fabulous. I found some Smiths