It's been a long while since I've had a true off season. Once I transitioned to no longer thinking of myself as an elite-wannabe-skier, the off season felt superfluous, and there was so much fun stuff happening in April! Enter years of great racing and training with the US Orienteering Team, trail races, and mountain biking.

This year, I've had a niggling, vague, undiagnosed injury all spring, that sort of appeared just after we wrapped up the ski-o World Cup. Yes, there are studies linking low sleep to injury rates. Yes, I've done all the usual things that should prevent/fix/heal injuries. One of these days, it might get better, but until then, I've reluctantly joined the injured runners club, and am trying to adapt to "normal" life. I don't like it. At least I can still ride my beater bike to work, but much more than that starts to trigger Bad Things.

The worst part about being injured, especially with no real reason or endpoint in sight, is the struggle with identity. It becomes very clear how intertwined my sense of identity is with my athletic adventures. When you define yourself as an athlete, open to any challenge, what happens when you can't move the way you want to? Hand in hand with this of course are body image issues, that I hadn't even known existed.

So, it's been a slow spring. I did get in a few late-season skiing excursions, and conditions for that were simply superb. The number of times I said to myself "if this is my last ski of the season, I'm ok with that" was starting to get silly. I've had to cancel a few races, which is of course upsetting, but I maintain hope that I'll get through this, intact, and stronger than ever.

It's not all doom and gloom. Here are some photos of mellow spring adventuring. 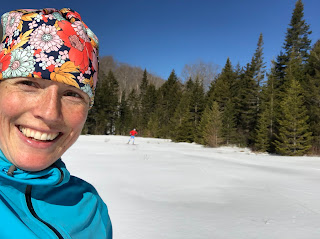 Awesome late-season crust skiing at Prospect, on a bluebird day 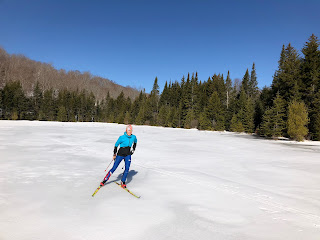 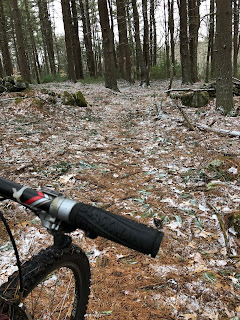 It's not fun until you get caught in an April snowstorm on your bike. I was trying to make a loop that didn't really want to loop, but in the end it worked out and I emerged from the woods. 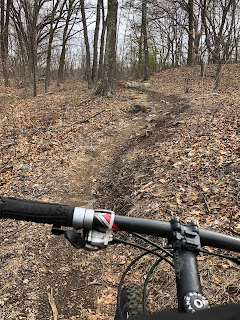 A warmer day, or at least a dryer one, exploring some nearby trails 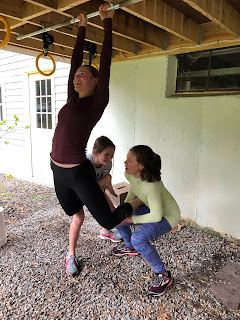 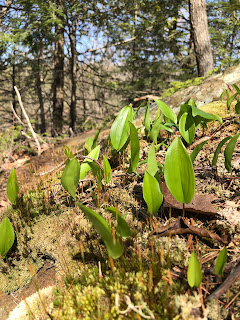 Artistic foliage shots while cheering for runners at 7 Sisters 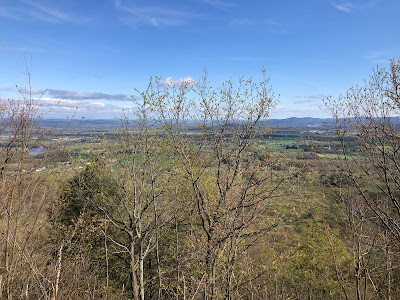 The view along the Holyoke Range ridge, with time to take it in this year. Still torn up about not starting the race, but it was the right decision, for once. 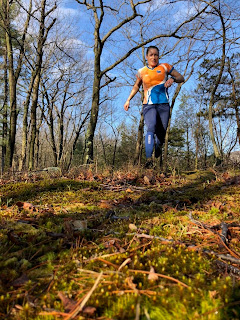 Orienteering selfies! Helped to vet and set controls at the Junior Nationals, at Mt. Tom. Beautiful forests, and a really great event. 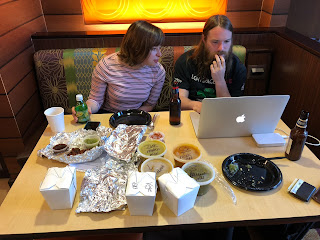 Becky and Ed hard at work figuring out points over a pile of Indian food during the Mt. Tom Junior Nationals 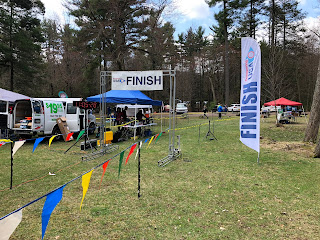 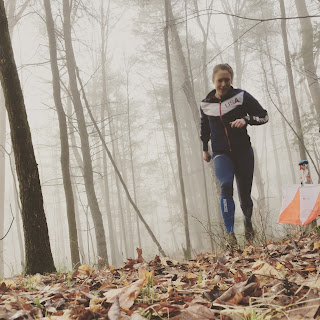 More orienteering selfies! It was a glorious misty morning, and I really enjoyed waking up and checking controls for that event. 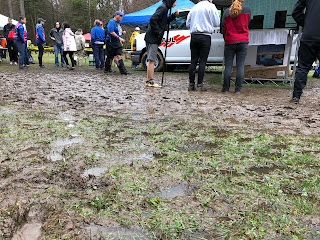 Day two of Junior Nationals poured buckets. Our arena turned into a lake. 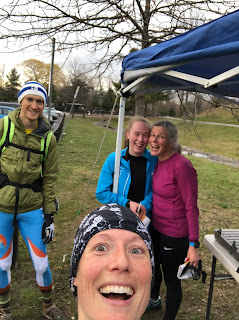 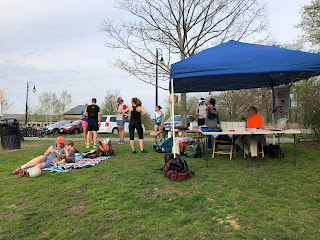 A warmer day for a park-o. Love that we have this Thursday night orienteering series.