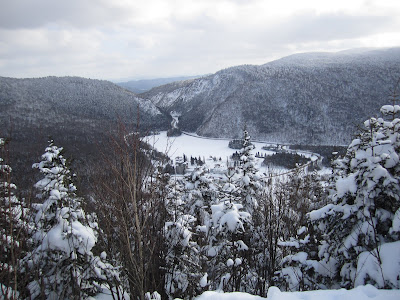 I'm sure everyone has their memory of a day when the skiing was utterly perfect. I just made another one of those memories - temperature in the low 20s, blue sky, hilly trails, fast skis, corduroy so set that you can hear your skis humming as they cross the ridges. We had the trails completely to ourselves. 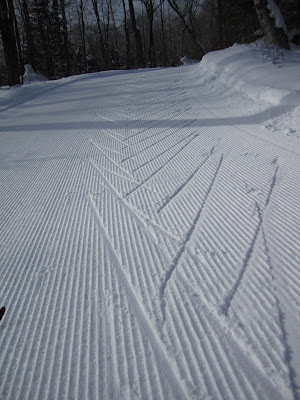 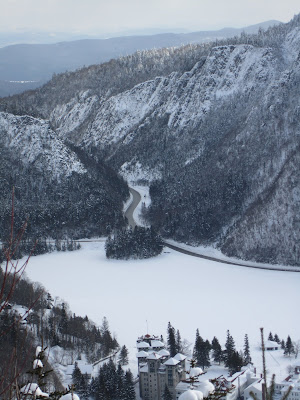 Ed and I were up at the Balsams, meeting with various head honchos of various things to talk about the ski-o race we're putting on. Everyone is super helpful and super enthusiastic, so I'm pumped. Its going to be a sweet race, we just have to convince people to show up. After the meeting, we skied. We were allegedly checking out trails and fixing intersections and covering everything with a GPS, but really, it was just beautiful skiing. That's one way to put me in a really good mood! 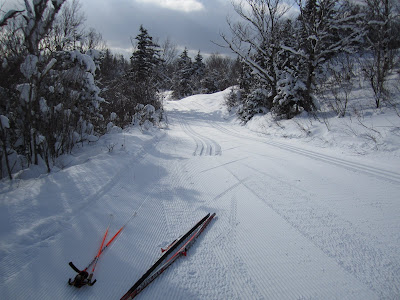 Now back in Boston, and prepping for the Eastern Cup at Weston tomorrow. That should be a pretty sweet race, too - Amie Smith is in charge, and you know when Amie is in charge, things are going to go EXACTLY right! I'm actually pretty psyched to race - there are two races in one day, but they're both skate races, so the waxing is easy, which means I can actually do a warmup, unlike at Lake Placid. And I just checked the seed list - I'm actually seeded by NENSA points, so for the mass start I'll have a good start spot. Fast skis on a transition-laden course... only I can get in the way of me having a good race tomorrow! 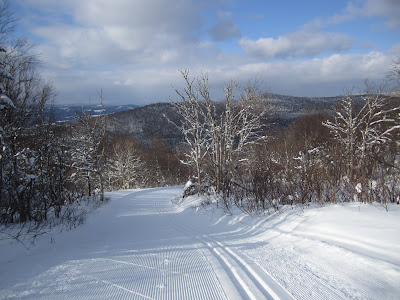