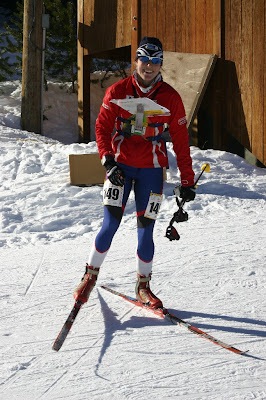 Ali and I are sitting in the Sacramento airport, waiting for our redeye home, having just completed six races in seven days. Ali claims to not be tired, but I'm feeling pretty wiped. Having the first weekend of races moved back meant that the rest days were eliminated, and that makes for a tough schedule. It was a successful week, though - I'm now ranked 36th in the world based on ranking points, and Ali is 24th. This is by far the best any Americans have ever been ranked in orienteering, so we're pretty pumped. Based on World Cup points, Ali is in 6th, and I'm in 13th. In the world! I think we'll lose out because neither of us are going to the World Cups in Kazakhstan, but hopefully we'll move back up through the field in Sweden this March. It's an exciting time to be on the US ski-o team! 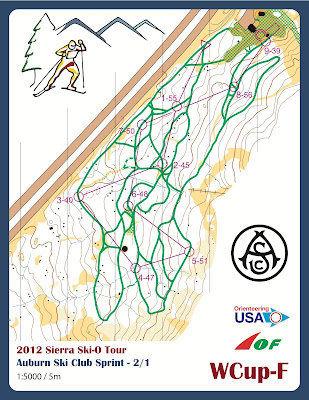 Map from the World Cup sprint race, at Auburn Ski Club.
After the middle distance race on Thursday, we had a mixed-gender team sprint on Friday. Ali and Adrian were USA Team #1, and Nikolay and I were team #2. Carl and Chelsea were team #3, but unfortunately ended up mis-punching, disqualifying themselves. The men mass-started, and Adrian ended up making a pretty substantial mistake on the first leg, along with half the men's field, so Nikolay was the first American to the tag zone. I went out next, and quickly found myself immersed in a complex maze of narrow trails. Panic! Each leg on the relay was only 6 minutes winning time, so you really didn't want to make a 30 second (or more!) mistake. I managed to bumble my way around that loop, but not cleanly, and Ali caught up the distance to bring team #1 back to the front. 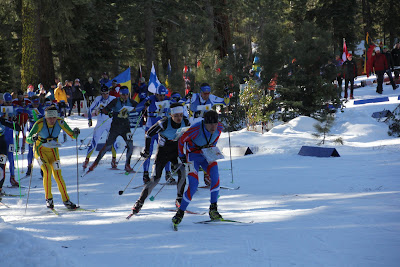 Russia leading out the mass start in the relay. 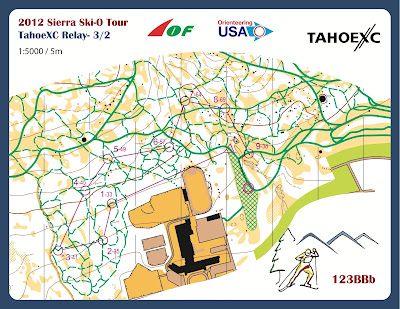 The boys kept the distance between the two teams just about equal, and team #1 was still in front as Ali and I headed out for our second loop. This time Ali was doing the bumbling, and I passed her near the end, bringing team #2 back to the lead. Again the boys went out and kept the distances about the same, and now the Austrian team was in the pack as well. I headed out for my third loop being hunted, and that's never a fun feeling. Ali made contact about halfway around the loop, and I knew that was the end - we took one separate route choice, and my decision ended up being slower by about 5 seconds - enough for her to take a comfortable win between the two American teams. It was super fun to battle the whole way through, with leads changing so frequently - we ended up in 11th and 12th, which is alright, but we'd all like to improve! 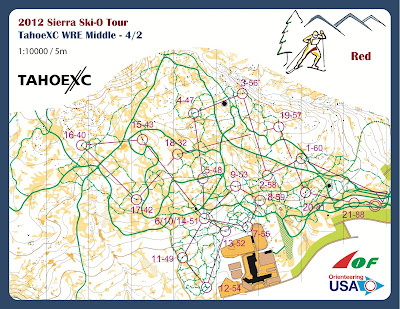 Map from the WRE Middle distance race and US Championships. 2nd place for US, 9th overall.
The World Cups were over after the relay, but no rest for the weary - over the weekend we had the US Championships middle distance race and the US Championships sprint distance race (both of these were World Ranking Events, so many of the teams stayed). Saturday's middle distance didn't go so great for me, I was starting to feel pretty tired and I let it get to me. But Sunday I did enough of a warmup to really get going, and rallied a bit, ending up 5th on the day, behind Ali, two Czechs, and a Swiss. I've had a year to adapt to the idea that I'm no longer the best ski orienteer in the US, but it still sort of hurt to give up my title of reigning US champion. Of all skiers to take it though, I'm glad it was Ali!
Now, for some rest... finally! 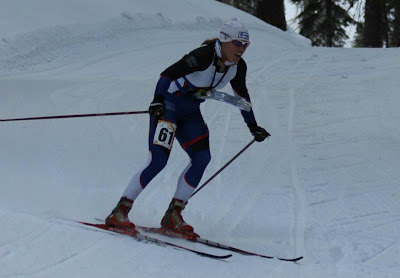 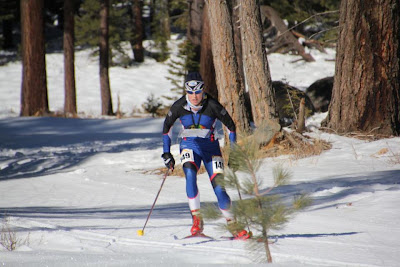 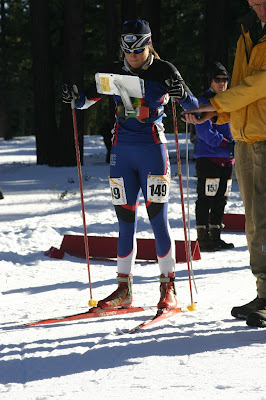 On the start line. 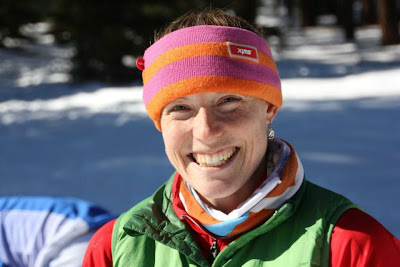