Life has been busy lately, but in a good way.  Thesis is clicking along, I'm forging ahead in hopefully the right direction, and have kept the panic attacks to a minimum.  We've managed to not travel on the weekends for pretty much all of August, which is a rare thing, but it's sort of nice to take a Sunday walk and have Saturday night at home.  One orienteering race last weekend, and the achilles held up well for the two sprints.  I was third in both, behind the same two guys in each sprint.  Results.  That felt good, and I've been training while coaching with the juniors, and that feels good too.  I went riding at Earl's Trails yesterday, since I'm in Amherst for the week, and the predominant thought in my head for two hours was "man, I love my life".  It's true. 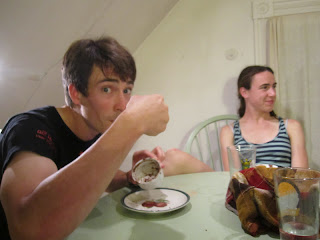 Less racing, but more time for friends.  Ian looks guilty about finishing off his chocolate soufflé. 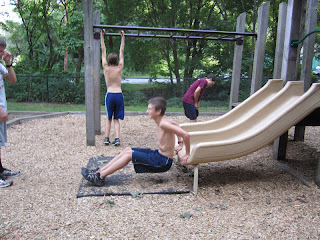 Coaching involves a strength workout on a jungle gym.  Everyone seems to enjoy this one! 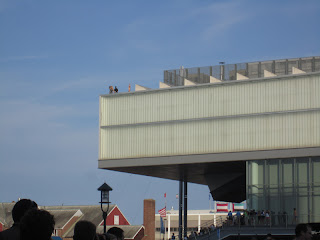 We went down to the harbor to watch the Redbull cliff diving competition.  It was pretty nuts, those guys were diving off a 95ft platform, and doing all the twists and flips they do in the olympics.  But from three times higher.  You can see the guy standing on the platform up there on top of the ICA... 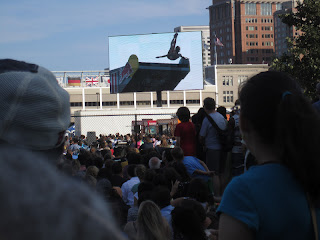 They had a jumbotron. 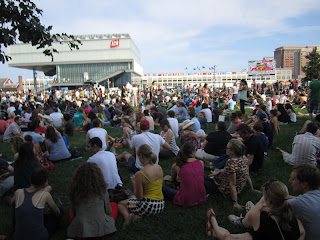 Lots of people - the announcer said 60,000 spectators.  Tons of people on boats out in the water. 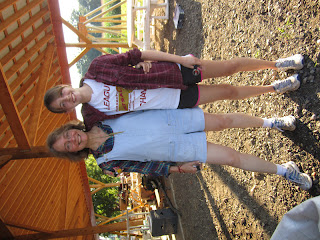 We had a weeknight corn maze festival, in Sunderland.  It was super fun, huge thanks to Peter for organizing.  The theme was plaid.  Or just goofy.  Barb and Izzy had a good thing going. 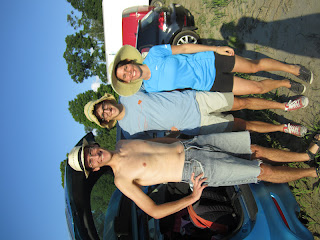 The Italians (Giovanni, Giacomo, and Camilla) went with the straw hat approach. 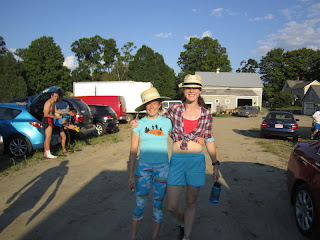 Team giggles just giggled.  This is Ali's last week in the east before moving to Ohio, so it was a bittersweet party. 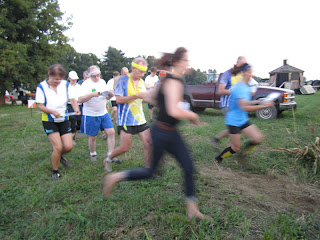 Mass start.  I had an unfortunate head-on run-in with Ian near one of the controls.  He won.  I bounced off into the corn, and his path was unperturbed.  But the orienteering was much fun! 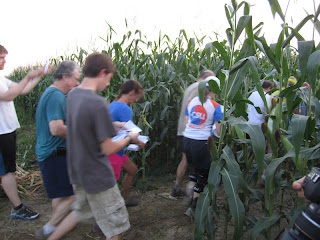 The back of the mass start. 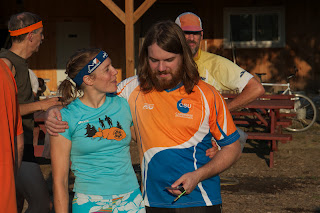