The World Ski Orienteering Championships this year are in Ridder City, Kazakhstan, which is in East Kazakhstan, where it meets Mongolia and China. To get there, it takes ~40 hours of travel time, with some pretty long layovers, since there is one flight a day that goes between Almaty (the international hub) and Oskemen (nearest airport to Ridder City). I'm currently sitting in the Almaty airport, where there is still internet and all things modern. I have no idea how much will change as we get further into the country. With me are five other Americans, four of whom are here - Ali Crocker, Greg Walker, Scott Pleban, and Adrian Owens. Anna Voegele gets here tomorrow. So far, skis are all here and unscathed, but we have one more leg of flying to go, so I'm not counting my ducklings too soon, or however that saying goes.

I was on the same flight as Adrian from Boston to Amsterdam, and since we had something like an 8-hour layover, and neither of us had been to that city before, we checked our skis through to Almaty and went out exploring a bit. We did a little loop around the old city, very pretty, and I got to sample some cheese, look at the flower market, and eat a tasty croissant while there. After a few hours we took a break in a Mcdonalds, for the bathrooms and because Adrian wanted french fries, and while sitting there, a pigeon wandered in. 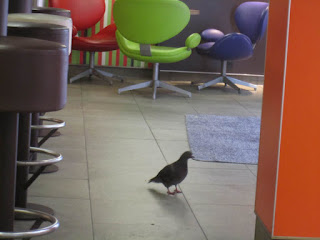 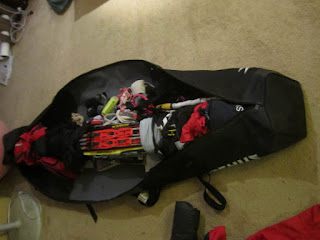 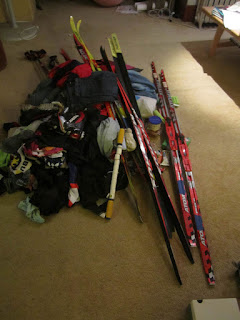 Only six pair of skis, and a bunch of clothes and other accessories... came out to just shy of 45lbs.

The following photos are all random shots from wandering around Amsterdam. Enjoyable way to spend a layover! Better than our sketchy napping in a corner of the Almaty airport that we all just woke up from... Hopefully there is internet at the sports school where we're staying, so I can keep you updated! In the mean time, the event website is here, and you may get more instant results here. You can also follow our training logs on attackpoint, which will hopefully (given internet constraints) have the play-by-play of the races. Greg, Adrian, Ali, Anna, and me. 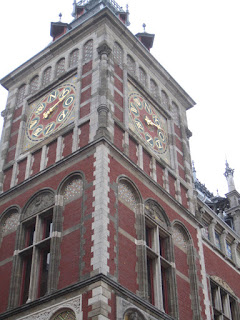 This was a tower showing you the direction of the wind. I suppose a useful thing for a city built by merchants... 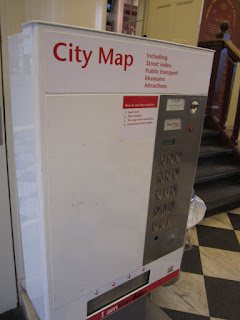 This was cool - they had a vending machine for city maps! It didn't work, but still, awesome idea. 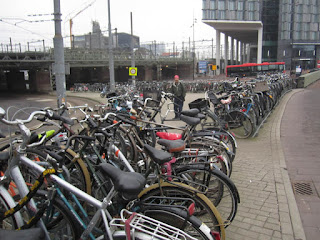 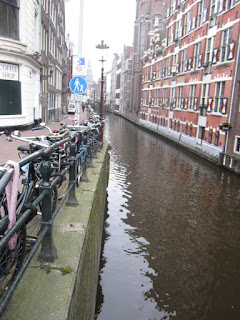 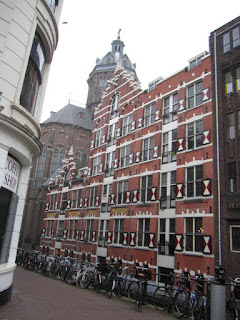 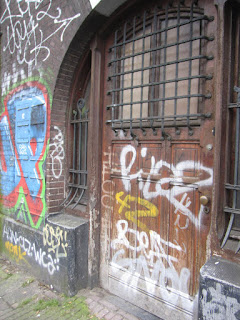 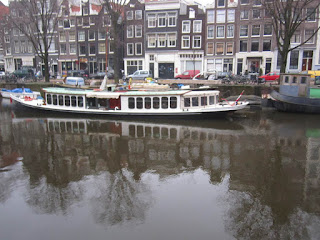 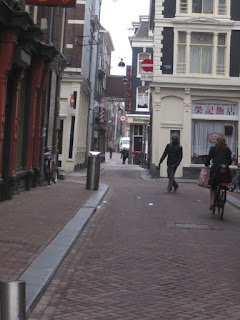 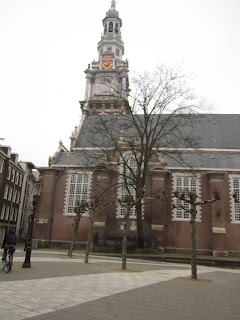 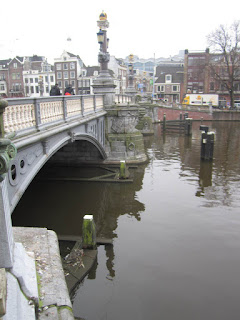 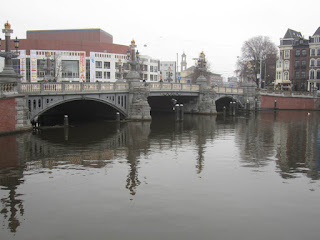 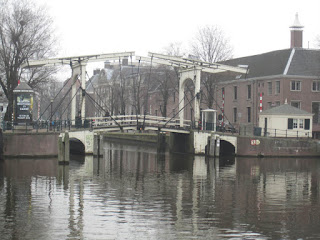 A drawbridge! Tons of canals around here, looking at the map, it's sort of like the Amstel river hit one of those sink drain things, came in as a big flow, and then had to filter through all these little holes and leave the trash behind. 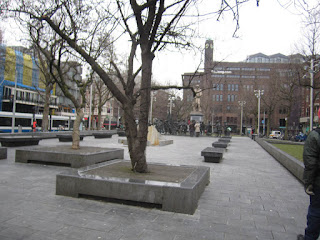 Rembrandt square - Rembrandt is that large brass statue in the background. 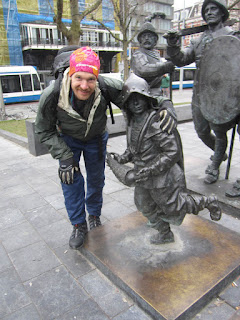 Adrian with a kid from the night watch. 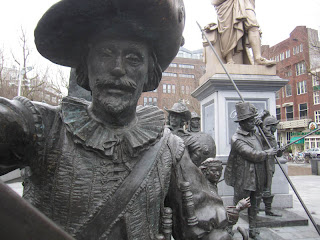 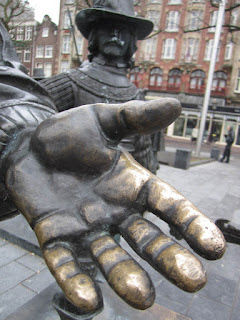 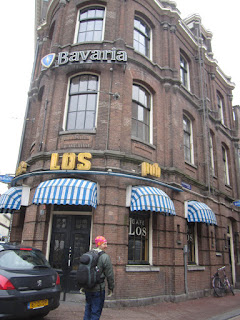 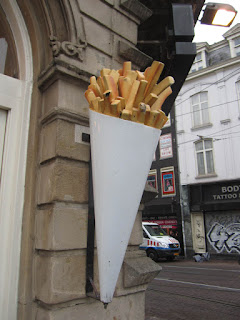 This is probably why Adrian wanted those french fries. 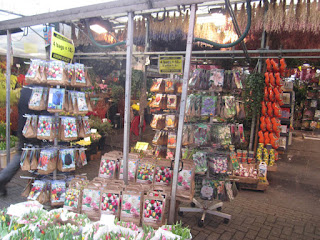 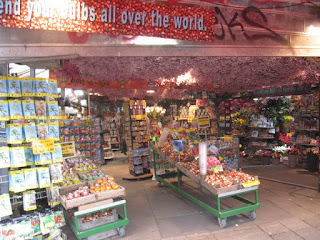 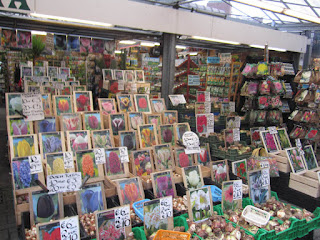 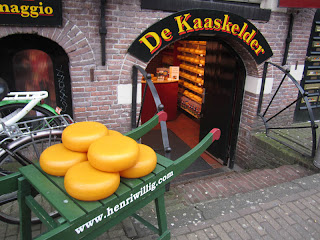 Cheese! Lots of different kinds, and this shop had samples. Of the fresh goudas, I really like the one that was made with pesto, it was green. I also liked the aged goat, sheep, and cow cheeses, as well as the smoked cheese. They eat cheese with mustard, over there. I sort of liked it better without the mustard. 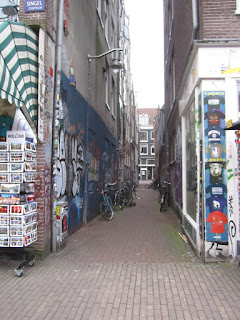 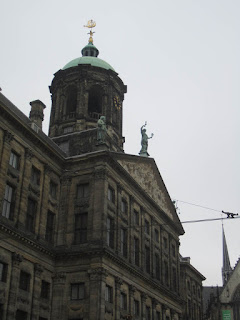 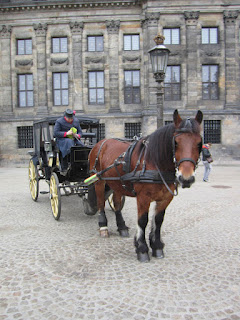 Horse, in a square with random people offering free hugs. Free pickpocketing, too, I bet. 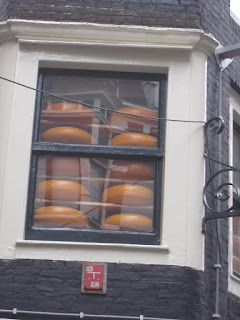 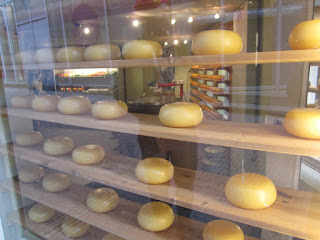