With Rob in Finland for the U18 USST trip, and Jamie at the Craftsbury marathon, I was next in the chain of command to lead our CSU army to success at the Stowe EC.  This meant no racing, because even though our wax team is good enough to handle it all without my obnoxious micromanagement, I figured it was better to play it safe than sorry.  So Saturday was a lot of kick testing, as my skiers rocked out on a solid track around the sprint course at Stowe, and then a whole lot of kick wax applying through the heats.  Sprint days are long, and I was pretty tired by the end of the day, but pretty psyched to have seen my juniors ski so well.  Sunday was similar, though easier from the waxing perspective, since it was an individual skate race, and I actually got the chance to do some coaching and some cheering.  Woo!

Because one weekend of coaching wouldn't have been enough, I led up the small band of athletes who were racing in the Supertour at Craftsbury.  Too late, I discovered that I could have raced even without a USSA license, which was a bummer, because I totally could have raced, and I've been itching to get some racing in.  The day could have been a disaster, when I left my skate boots at home (oops), but luckily the Craftsbury Outdoors Center rents NNN boots, and I was able to test wax as planned.  Phew, that was a close one.  Other misstep was forgetting the forms that slide onto the bench, but I was able to improvise that one just fine. The rest of the day went off without a hitch, and my skiers again skied super well.  Super fun to watch them excel. 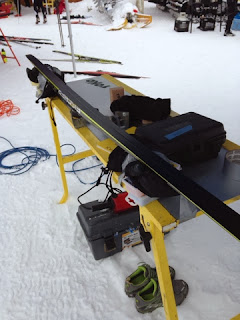 (note the gloves around wax boxes taped to the bench - we call that zorshfulness where I'm from). 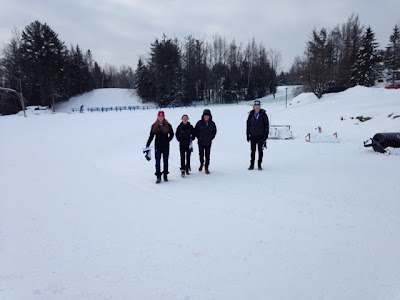 The A-team coming back from bib pick-up on Sunday.

After the races, I figured it was time to head out for some Birkie-training, and set my sights on 50k for the day, even though I'd spent the first 13k wax testing all stop-and-go, it counts.  It was a truly awesome day for skiing, fresh cold snow packed well under sunny skies, and my skis were ripping fast.

As I headed up Sam's Run, a rock cairn came into view. It took me a moment to realize this was a memorial for Torin Tucker, the Dartmouth skier who had passed away last weekend in the Craftsbury marathon. I didn't think I'd stop, but I found myself standing facing the cairn, which had some mementos on it - a cork, a hat, flowers - and I burst into tears. I didn't know this young man, but from everything I've heard of him, he was a wonderful kid, with a big smile and loving everyone, and he just loved to be outdoors adventuring. Even knowing that he died doing what he loved, it seems so unfair, that the life of this bright kid with so much potential to make the world a better place would be snuffed out so easily. I kept sobbing as I skied on, dedicating the day, the ski, to a young man I'd never met, promising him that I would not take this for granted, that I would enjoy this sunny ski in perfect conditions, because he can't anymore. 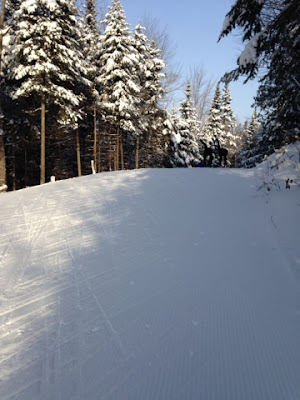 Saturday was a 15/20k classic race, and that's pretty long for junior skiers, so most of them sat it out.  Rob was back from Finland and back at the helm, so I figured I'd give him some space, and met up with my parents and Ed at Mad River Glen for some fun skiing.  Took a run to remember, but then the endorphins from teleskiing hit hard, and I forgot how much I'd missed this silly sport.  Make it feel like it should, as they say in the Colby outing club.  Gorgeous day for skiing, if a little thin on the snow front. 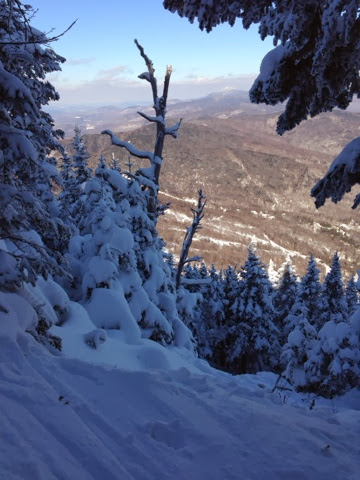 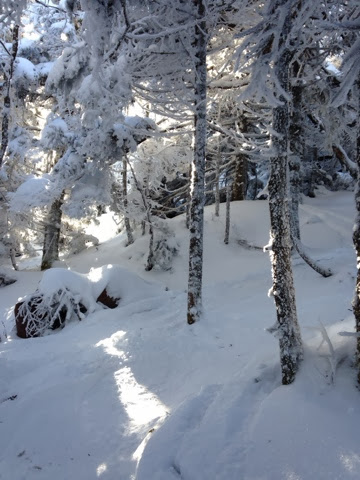 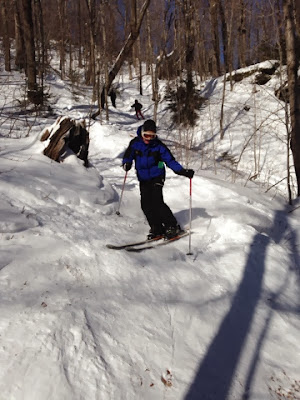 He's still got it! and that confident lady in the background was skiing better than I remember; it's been years since I skied with the parental units, and they're skiing just how I remember. 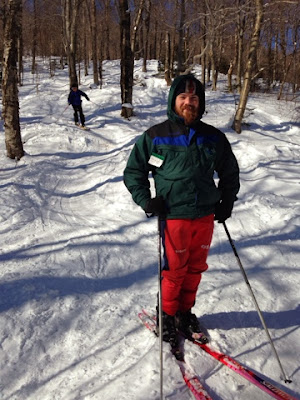 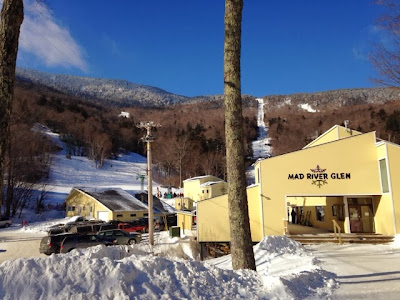 Sunday was a sprint race, and I didn't get any photos, but we were down to just four skiers to coach.  All four women qualified for the open heats, against some of the best in the country.  That was pretty exciting, but then watching Zoe advance as lucky loser on a seriously tough course was even more exciting.  She didn't make it out of the semis, but you gotta start somewhere!

I'm really itching for another race effort before the Birkie, Tuesday nights aside, so I've signed up for the 10k skate on Saturday at Waterville Valley.  Should be good fresh snow, given the latest snowpocalypse, and I can't wait to take the new fresh-snow Madshus for a real race!

I think snow skiing is the best sports. It's fun to do it. If you do any sports regularly it keeps you healthy for very long time. You can also lose weight with sports.