I was not selected to run the sprint race at the World Championships this year, and that gave me an excellent opportunity to spectate and cheer for my teammates! The individual sprint was held in Venice, with a qualification round on the island of Burano, and the final on the actual Venice island.  There are three heats, and the top 15 from each heat advance to the final.  For the Americans, Samantha was the only runner to advance, but we were all there to watch her run in the final, and she ran quite well, finishing 32nd. In the world! that's pretty awesome.

Hannah and I had been staying in the mountains up north, so we made the day trip to spectate, and to unofficially run in the spectator race that was being put on for all the runners taking part in the Italy 5 Days event.  It was really fun to run around through Venice, dodging the tourists and trying to keep straight which bridges you were crossing.  Quite an experience, and not like anything I'd done before.  I was very glad we made the trip, even though it made for a very long day, which is not advisable when you are trying to manage your energy levels prior to an important race! Luckily, with a few days to recover, energy levels are good and the trip was totally worth it. 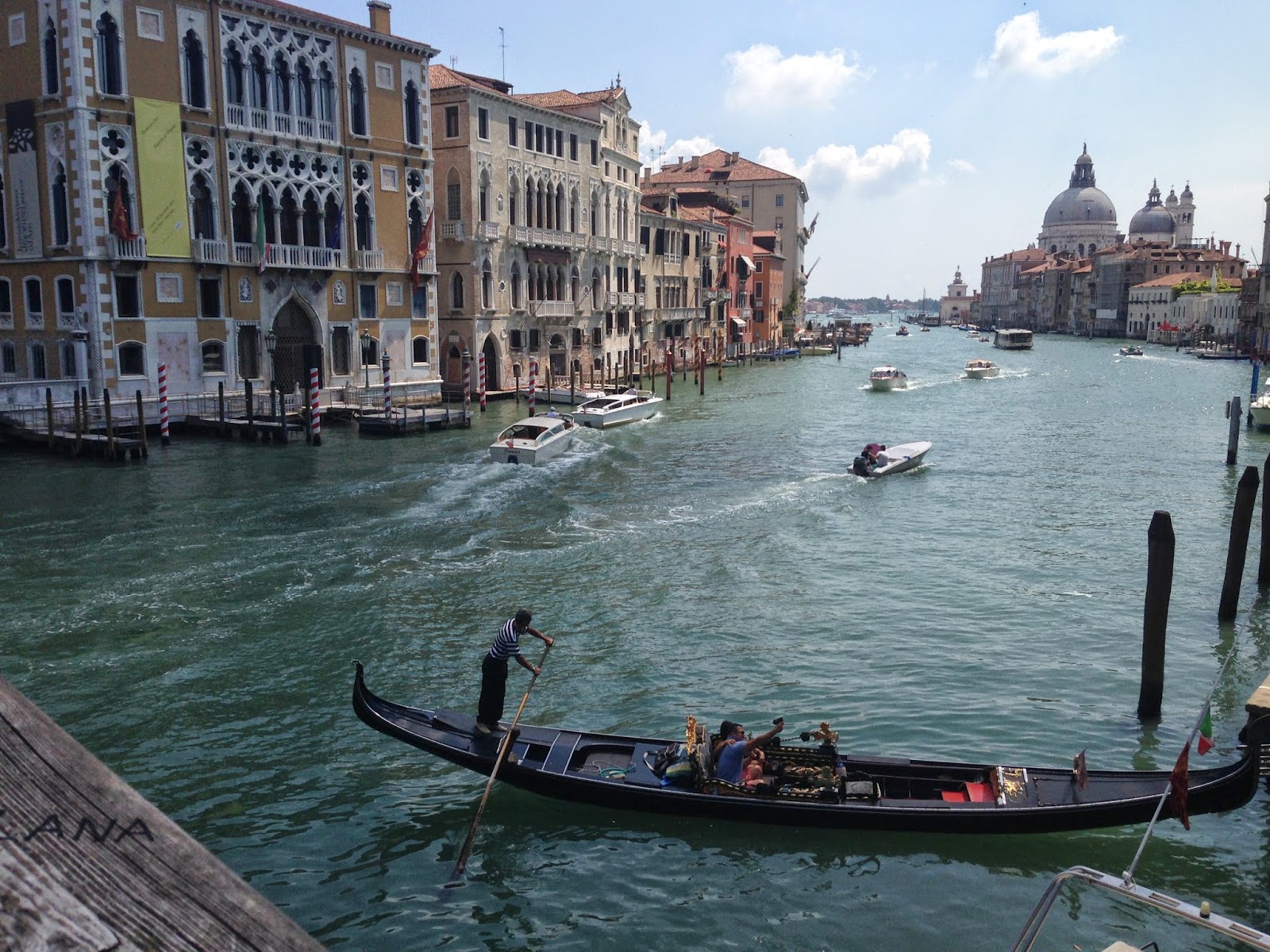 The grand canal. This place is as cool as anyone has said it is.  I recommend visiting before the whole things sinks under the ocean. 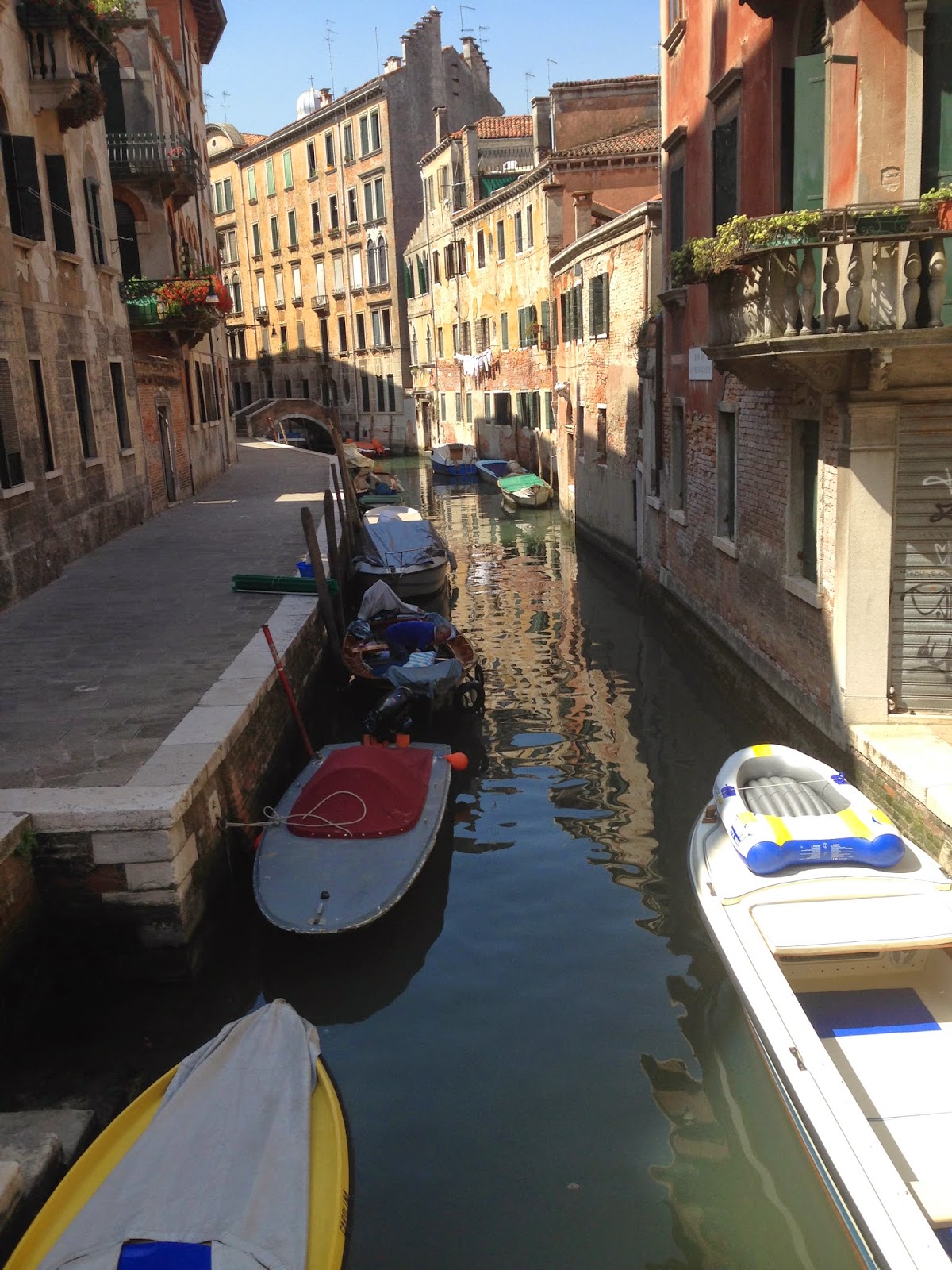 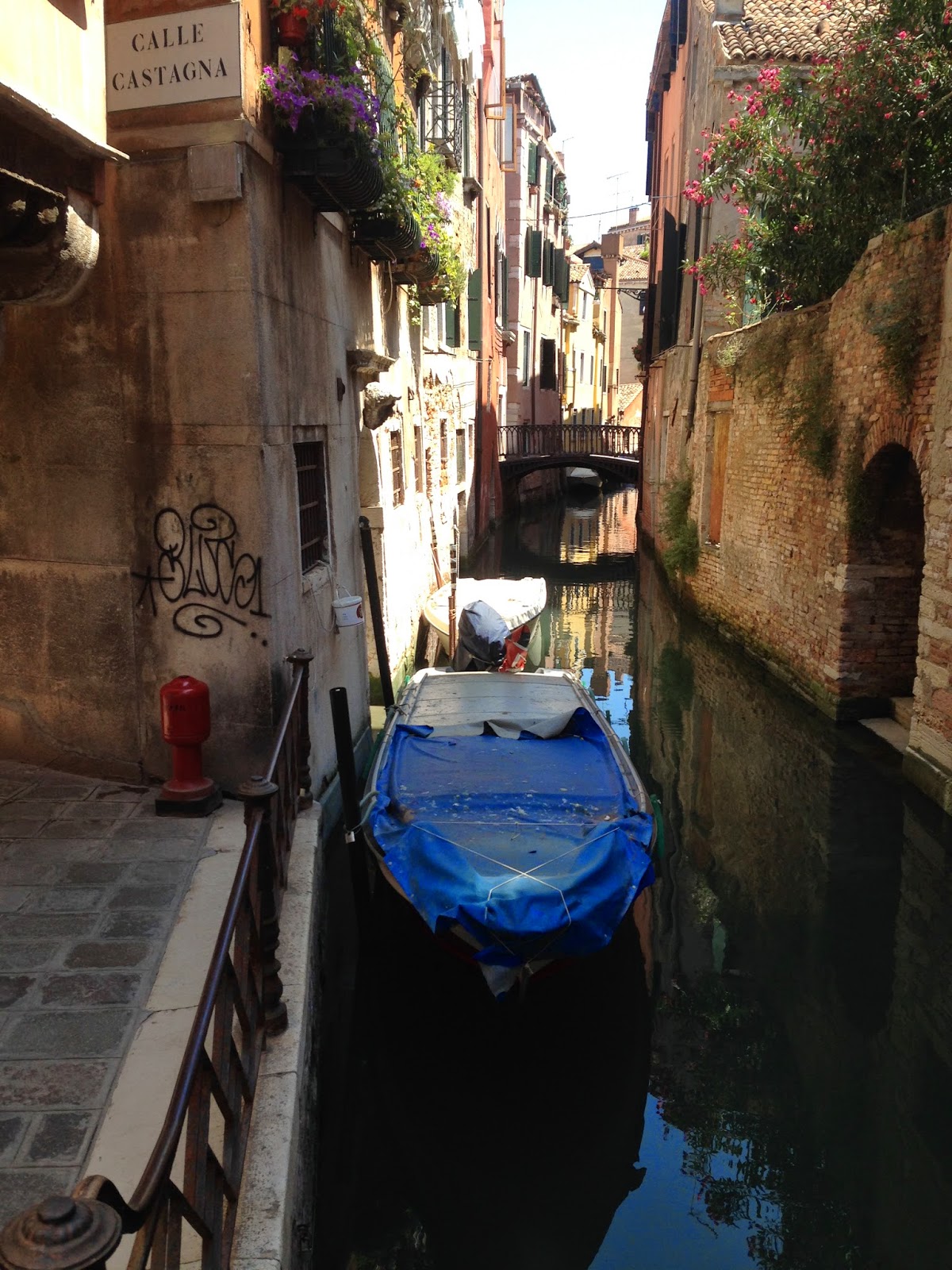 And colorful boats! Notice how the buildings really aren't that straight... 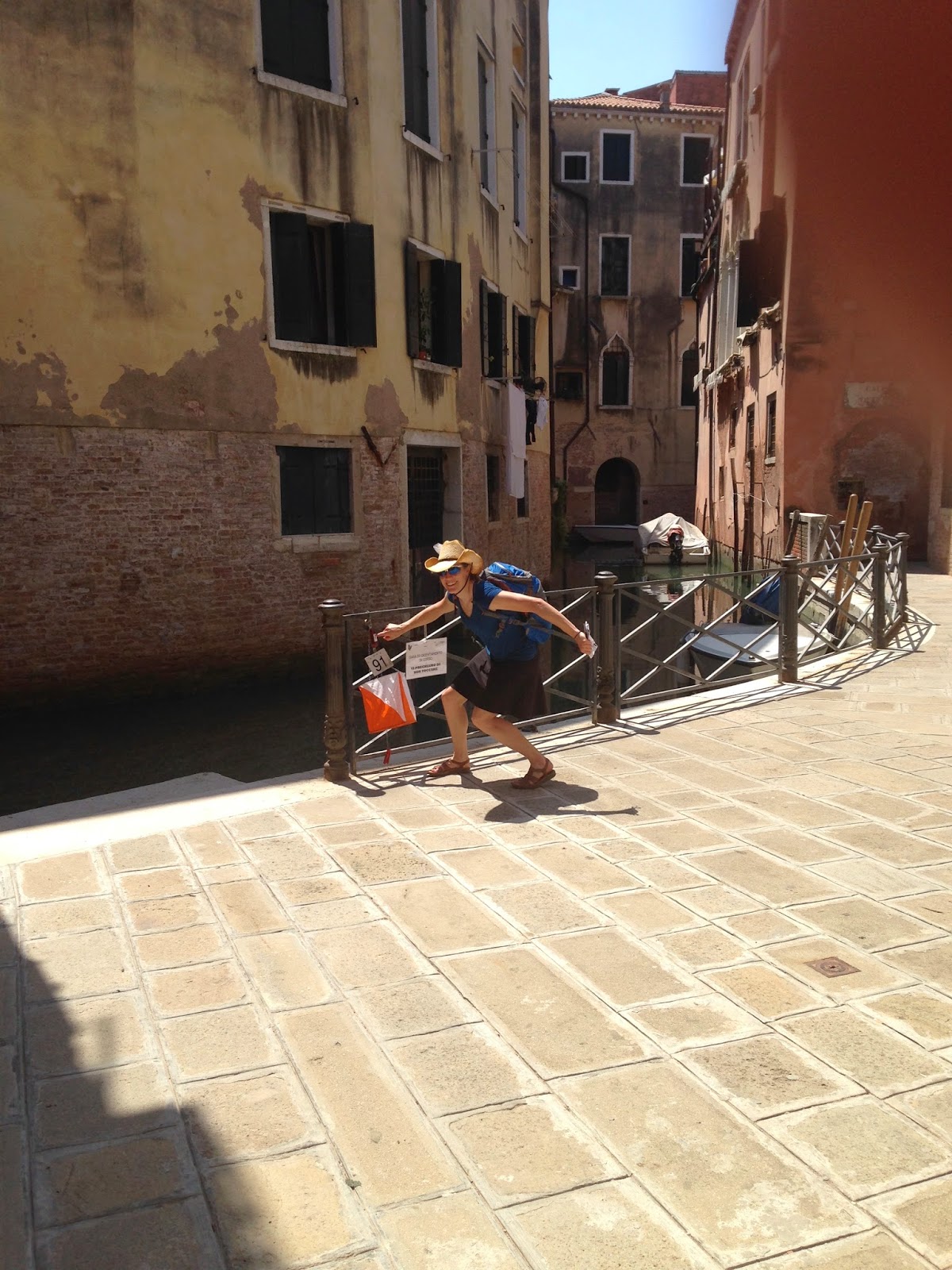 I found a control! 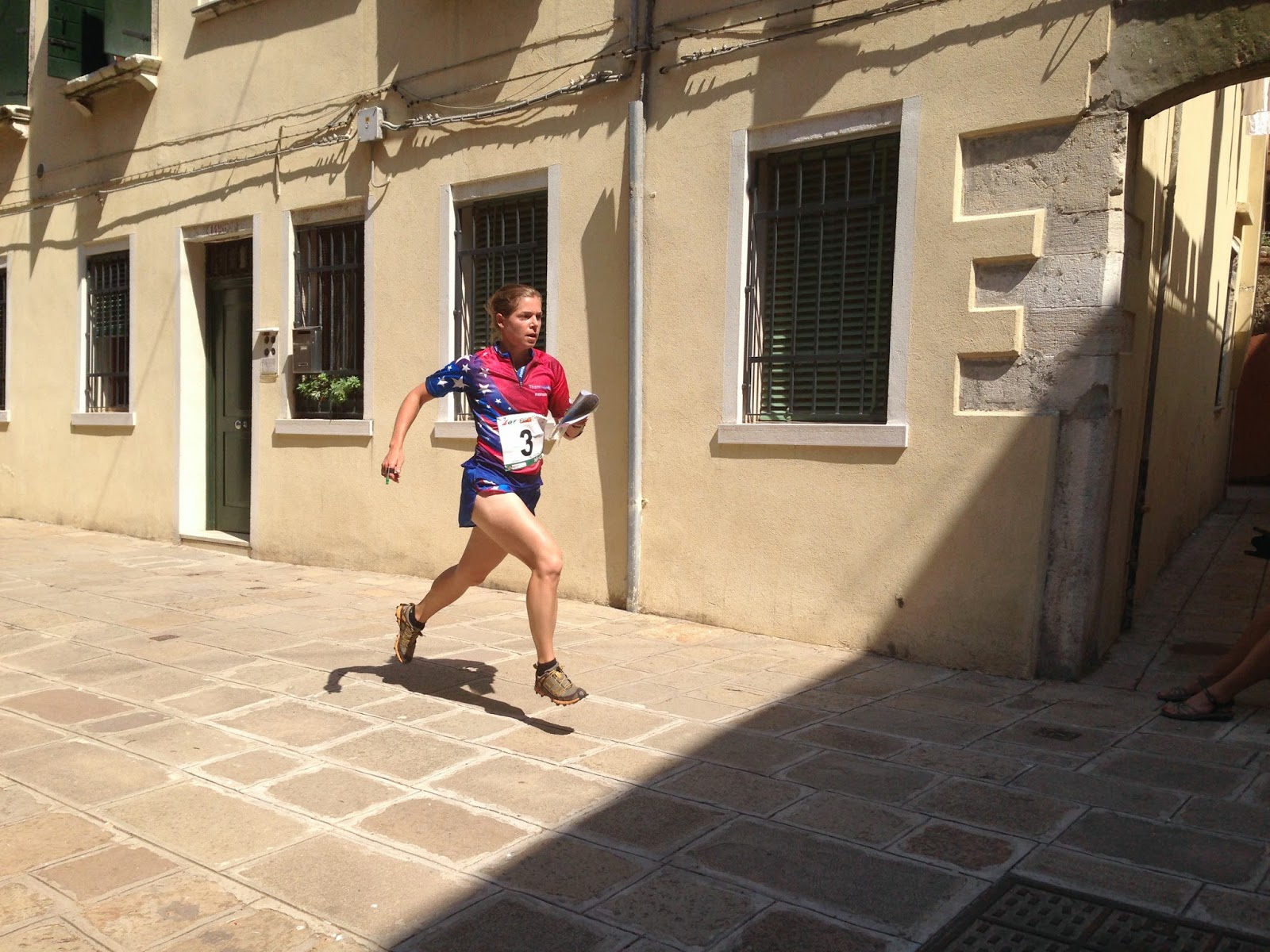 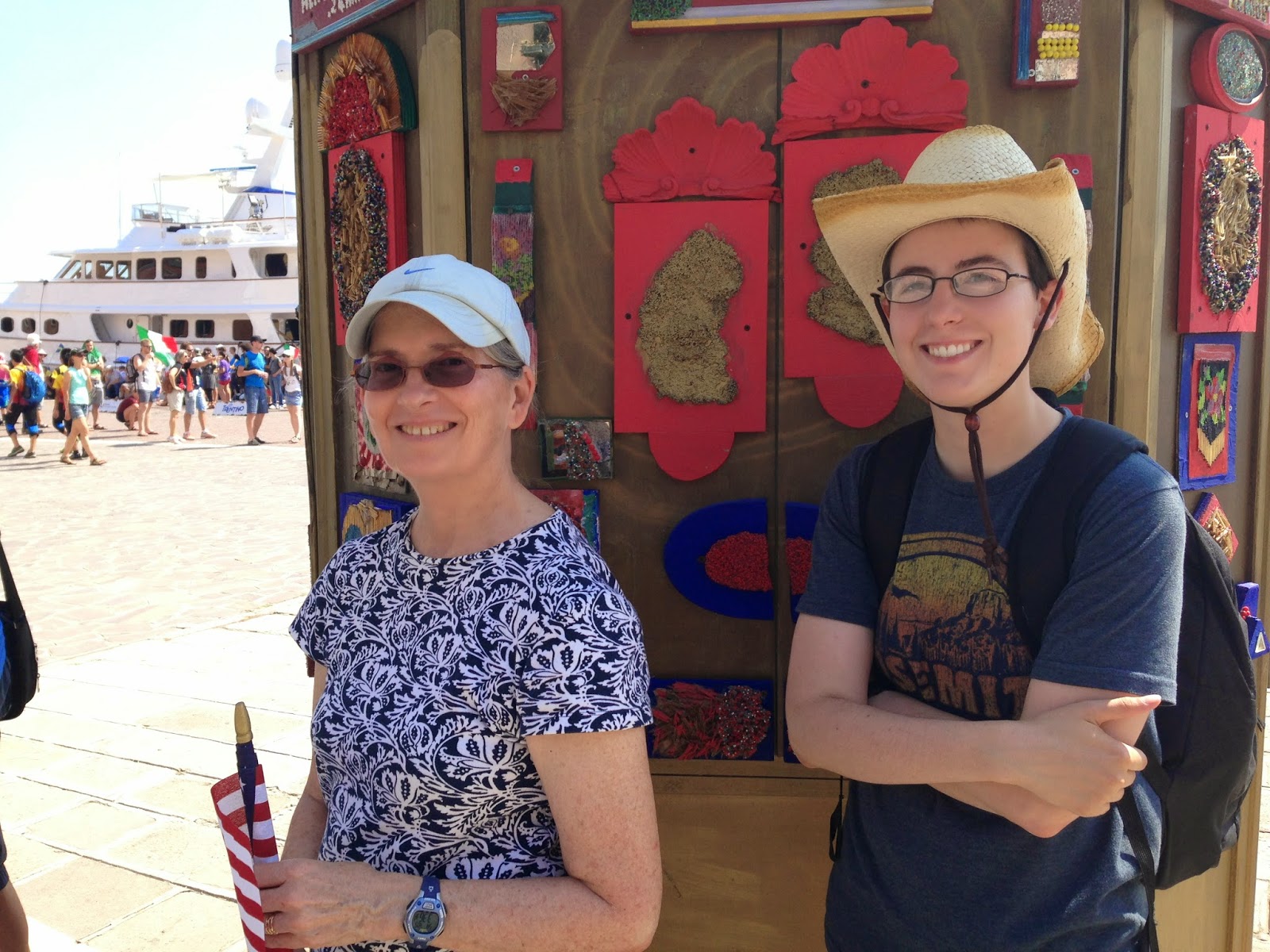 Hannah and Gail spectating.  Shade was a hot commodity (hardee har har) in the bright sun and warm temperatures. 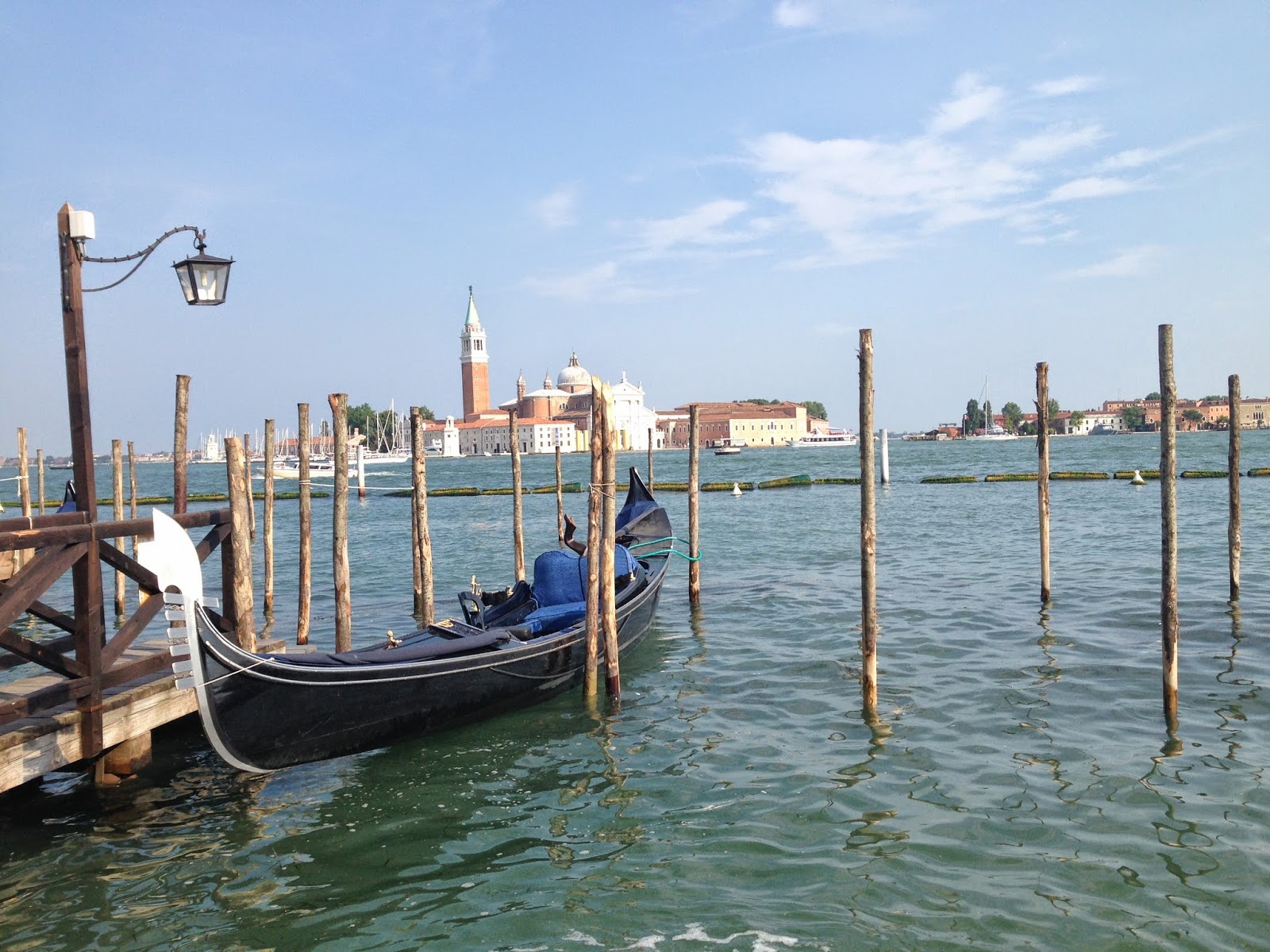 The day after the sprint, Hannah, Tori and I raced in the spectator race at Turcio to see how we would fare on the rocky ground under the tall pine forests.  This was to solidify the relay team for the women, though not the only factor.  Right now it looks like I will be the third runner, with Sam and Ali, but we will wait to see how I recover from the Long Distance final on Wednesday.  Any good day has at least one gelato stop, so we tried our third gelateria of Asiago, the one with the giant ice cream cone trash can, and so far this one is the best - better cones, and the flavors feel brighter. 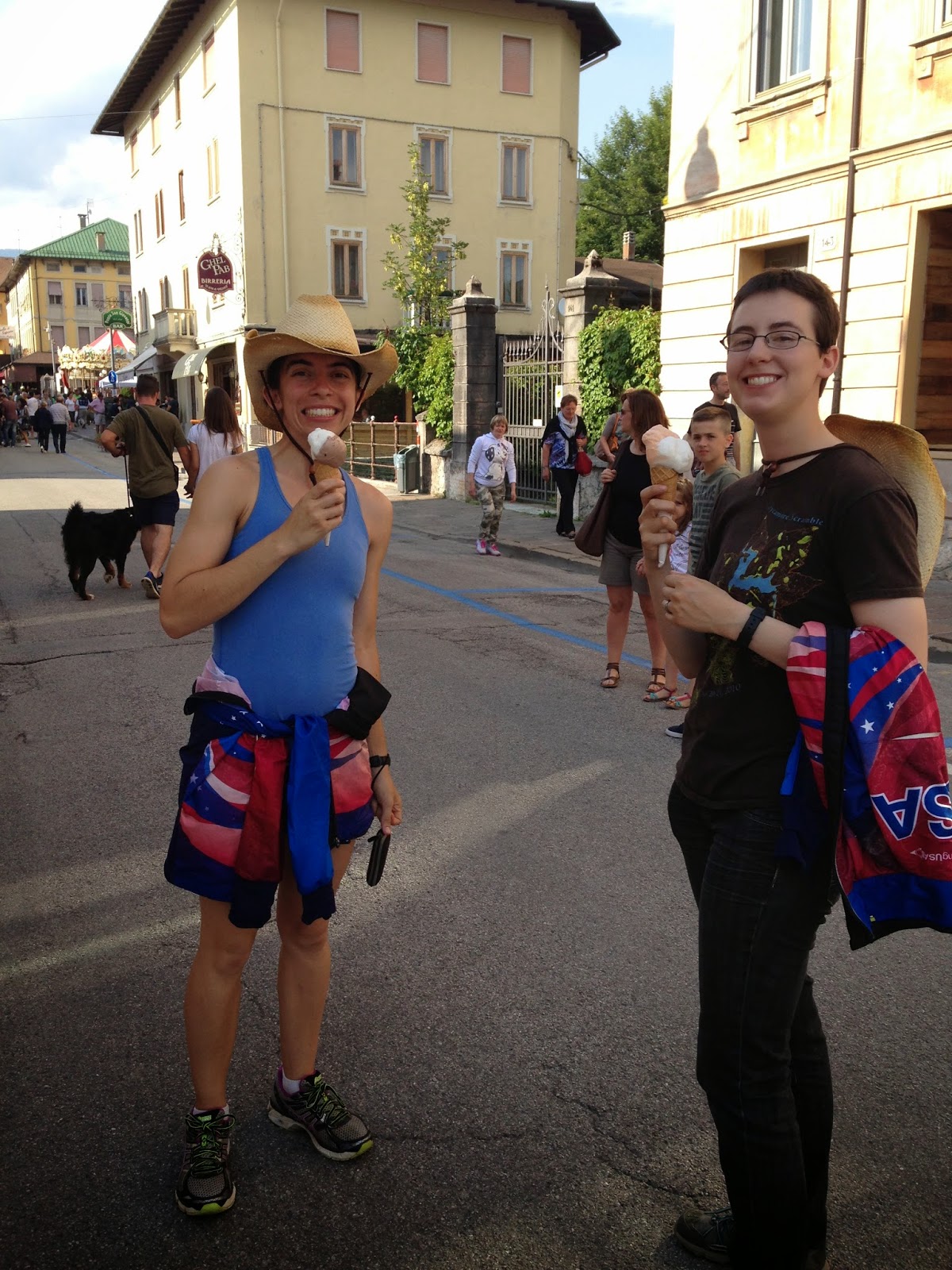 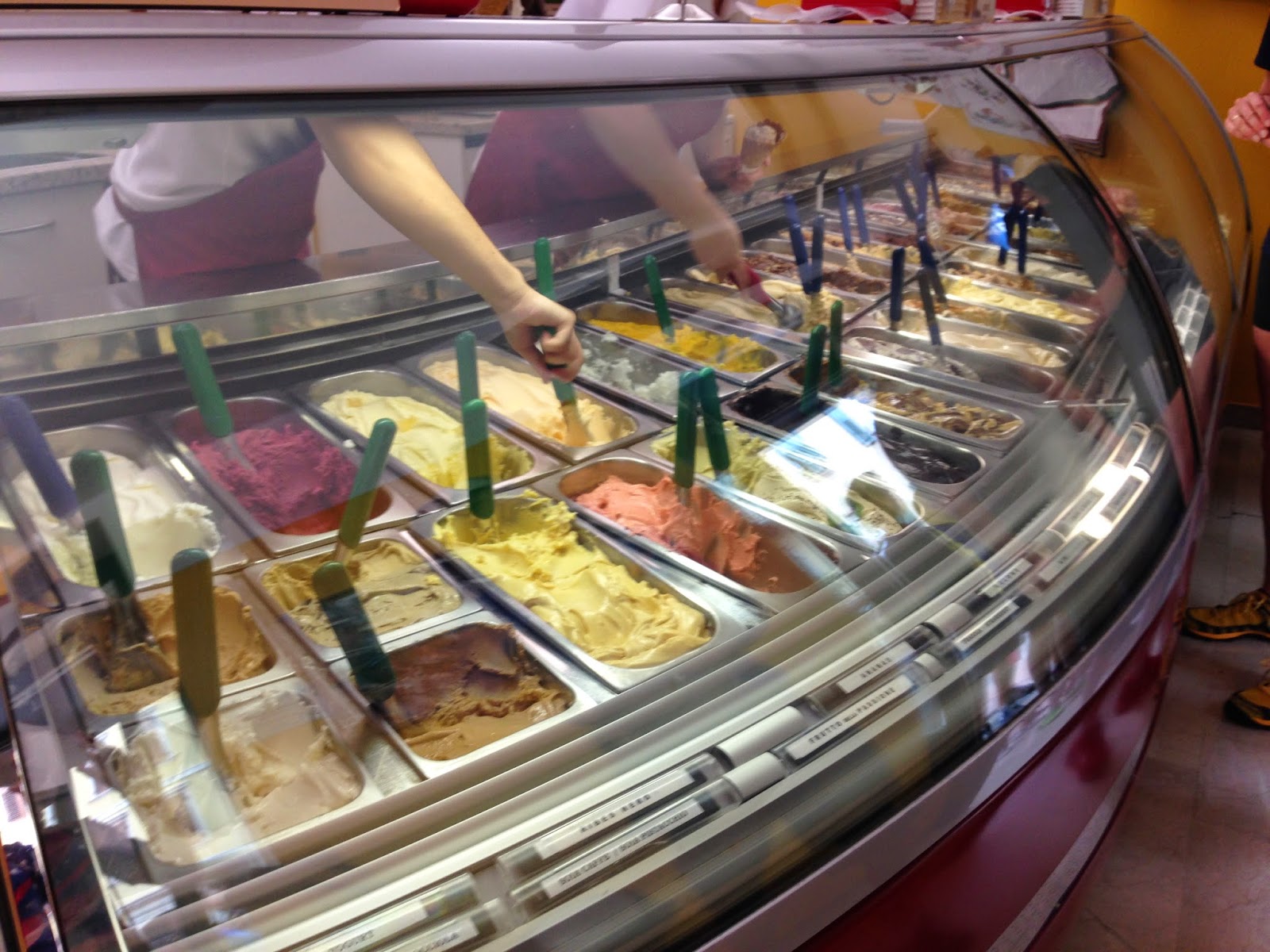 Monday was the sprint relay, in Trento. This is the first year that the World Championships has held a mixed gender sprint relay, and it was an interesting and fun format.  The order was woman-man-man-woman, and our team was Sam, Ross, Ethan, and Ali.  The rest of us headed down the hills to spectate, and it was a good format for spectating, but unfortunately a thunderstorm rolled through right at the end, and we all got thoroughly soaked.  Not before trying out a gelato in Trento, though, and I think the shop we found there might have the best mango I've ever tasted.  Must find a reason to return!  Anyway, back to the racing, Sam led off with a world class leg, 10th place at the hand-off. Ross ran admirably, not quite as speedy as say Norway or Sweden, who both had to pass us.  After a solid run he passed off to Ethan, in his first World Champs, and unfortunately Ethan got a little flustered and started going to the wrong control right off the bat, losing us a minute or two.  In a 15min race, that's it, but he kept fighting, which was admirable. Unfortunately, he skipped a control, and that disqualified the team.  Ali didn't know this, so he tagged off to Ali and she ran fantastically, passing oodles of teams and bringing us up to 24th, which was an excellent result. Except that we were disqualified.  It's always a bummer to DQ, but definitely worse in a sprint.  Huge bummer, but it happens.  I'm sure everyone in the forest relays will be extra vigilant about checking control codes! 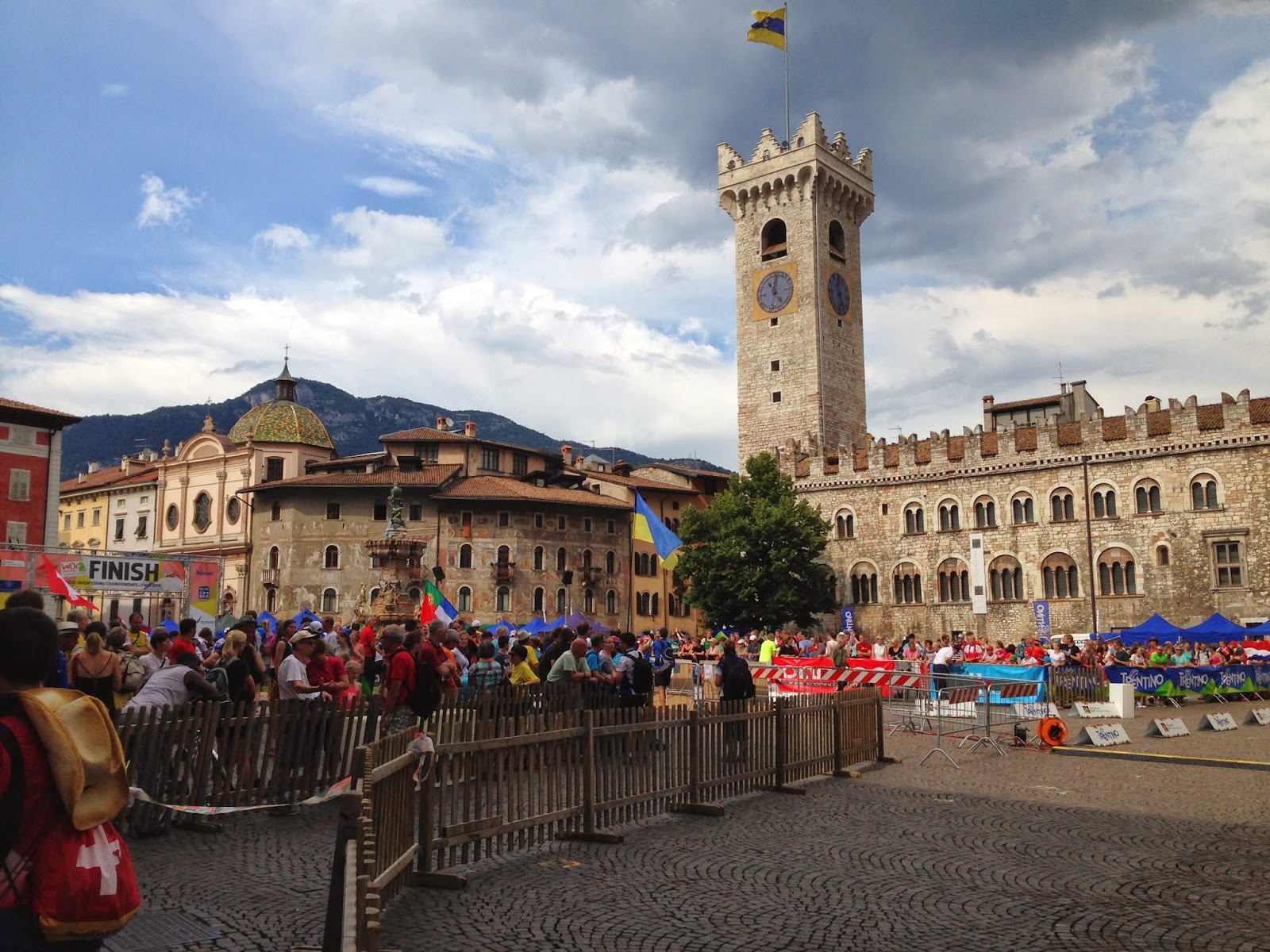 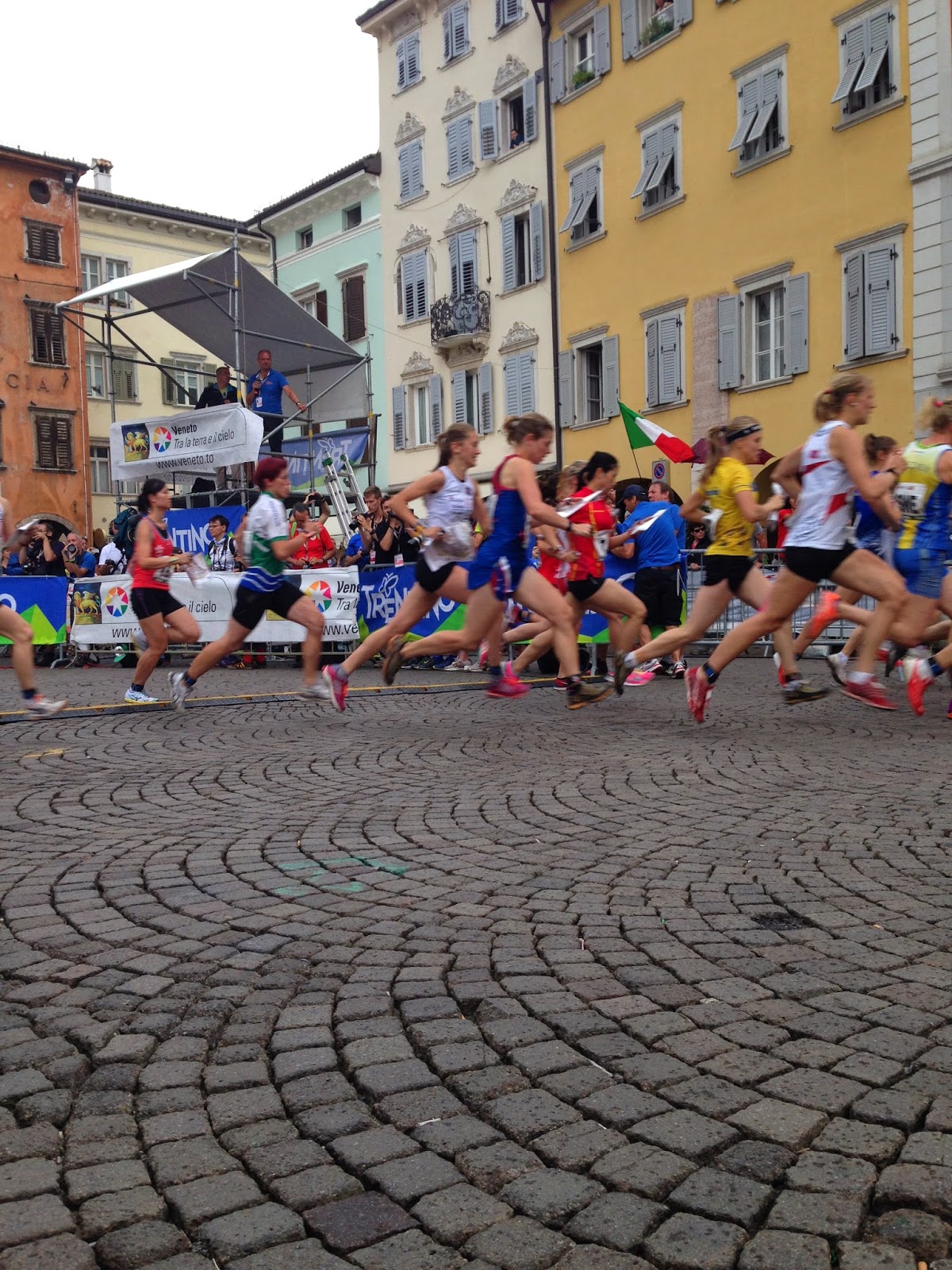 Women's start. They seeded the teams alphabetically, since this was the first year of the sprint relay, so USA was in the back row.  Sam made up a lot of ground! 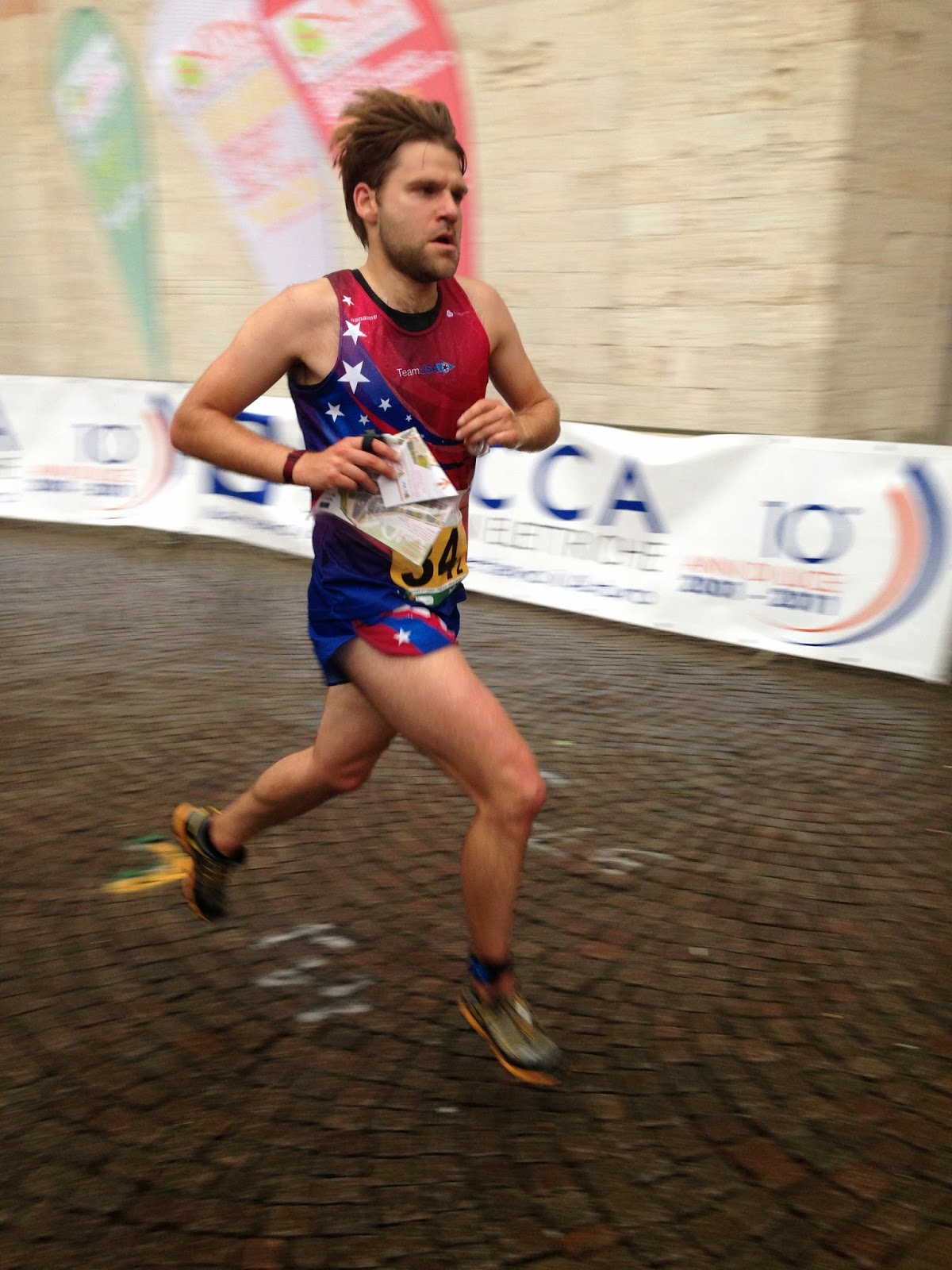 Ross coming through!  This is the end of my photos, because then it really started to rain for real, so I put away my phone.

Today I did some light openers in the terrain at the model event for the long distance, and tomorrow is my race.  I am excited, a little nervous, hopefully rested enough, and confident in my abilities.  Here goes!
Posted by Alex at 8:33 AM

What you need:
Computer and reliable internet
18 or older
Ability to work independently

This is a Guaranteed and Legit source to earn some extra