Ed and I pulled off the fourth year of Boston Sprint Camps two weekends ago. This is a fun event, usually very personal and interactive thanks to the small number of runners. Like the past few years, we had a little over 30 people, and the weather and vibes were great. We used three new orienteering maps - Cutler Park, Millennium Park, and Jamaica Pond - always fun to run on new places! Cutler was a double edged sword. It's a long walk, about a mile, to get down to the good terrain. But then, given the unproductive glacial geology going on down there, the forest is superb. People really enjoyed the course we did down there, despite the walk.

Sprint Camp started unofficially with the Thursday night park race at Moakley Park, in Boston. This was our final park race of the season, and most of CSU hung out afterward to have a potluck. Brendan from Inov-8 stopped by with a demo fleet of shoes, much to the enjoyment of the runners. We had a couple out-of-towners joining us for the Thursday race, and that was a nice ending of the season. 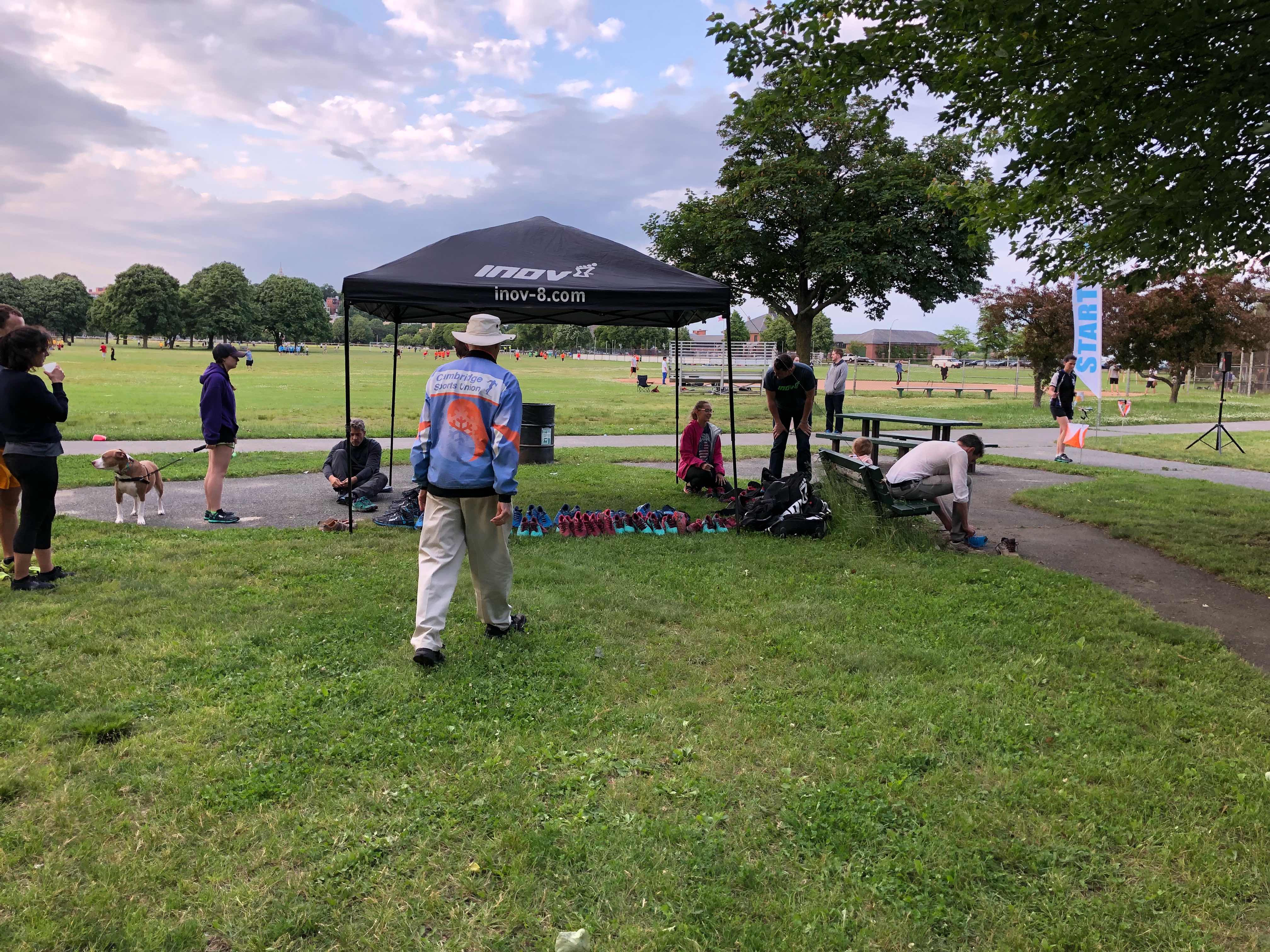 Inov-8 demos at our last park run at Moakley! 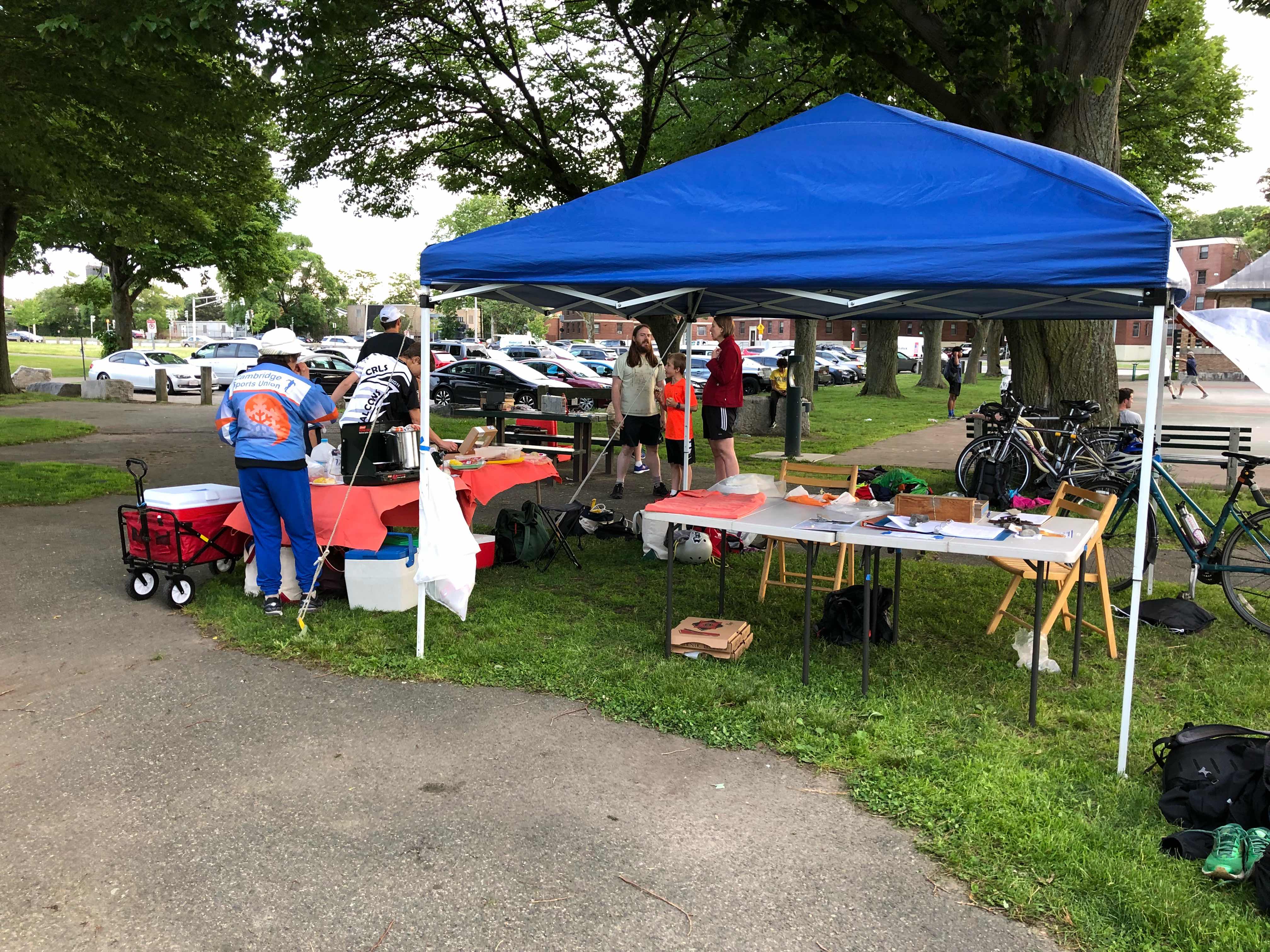 Sara Mae setting up the potluck 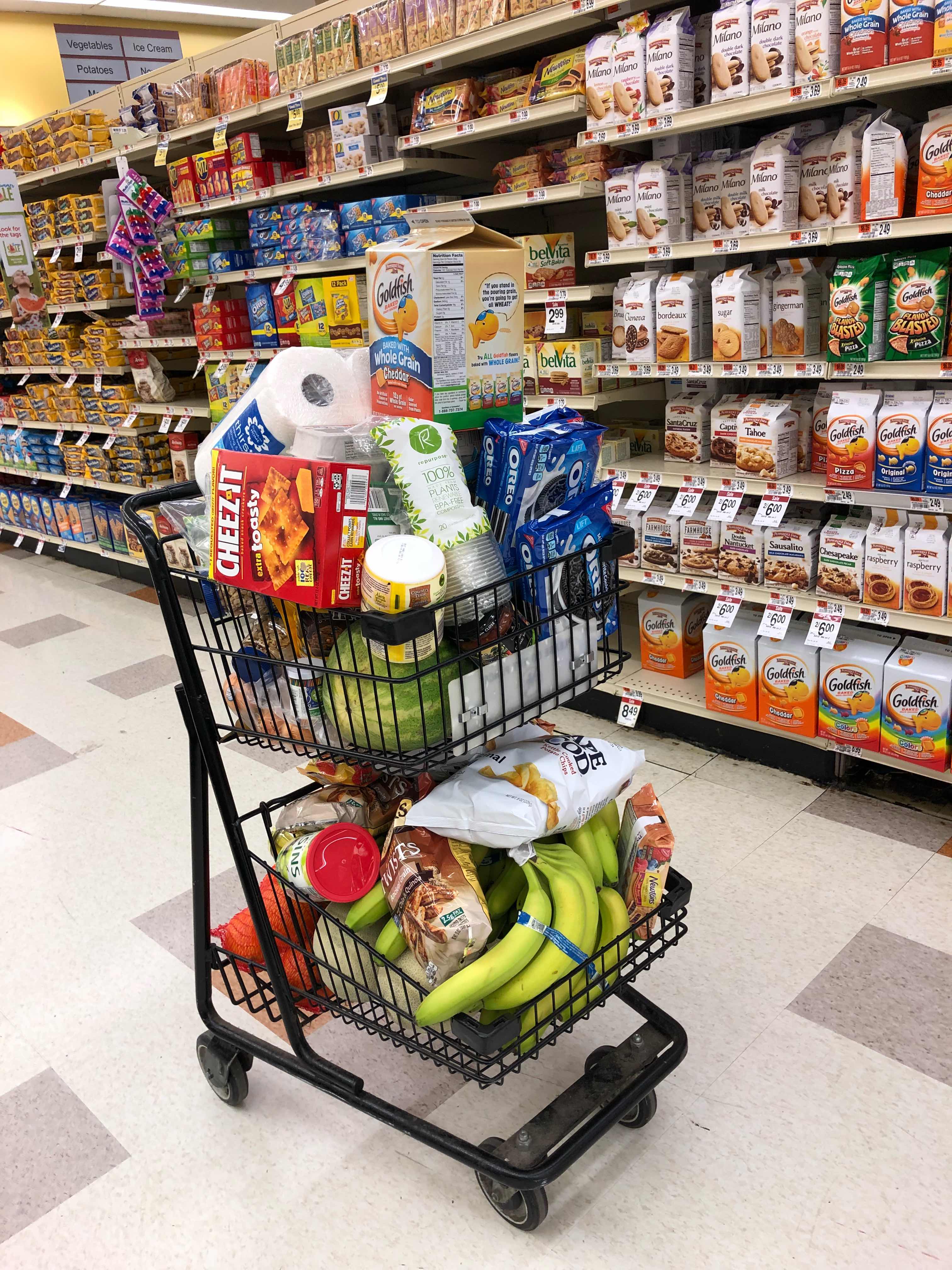 Sprint Camp started officially on Friday with a day in Cambridge, doing a bunch of training exercises at Danehy Park before moving to Fresh Pond for the evening race. I only put one control in the middle of a patch of poison ivy... oops. Next time, I'll leave that one out. Lunch from Anna's Tacqueria, always delicious.

Saturday was out in the Newtons, starting with a "peg relay" in Nahanton Park. Mass start, but some controls have pieces of surveyor's tape looped on. If you get there and there is still a tape, you take it and run a "bonus loop," which serves the purpose of constantly consolidating the pack, making for lots of head-to-head racing. So much fun! 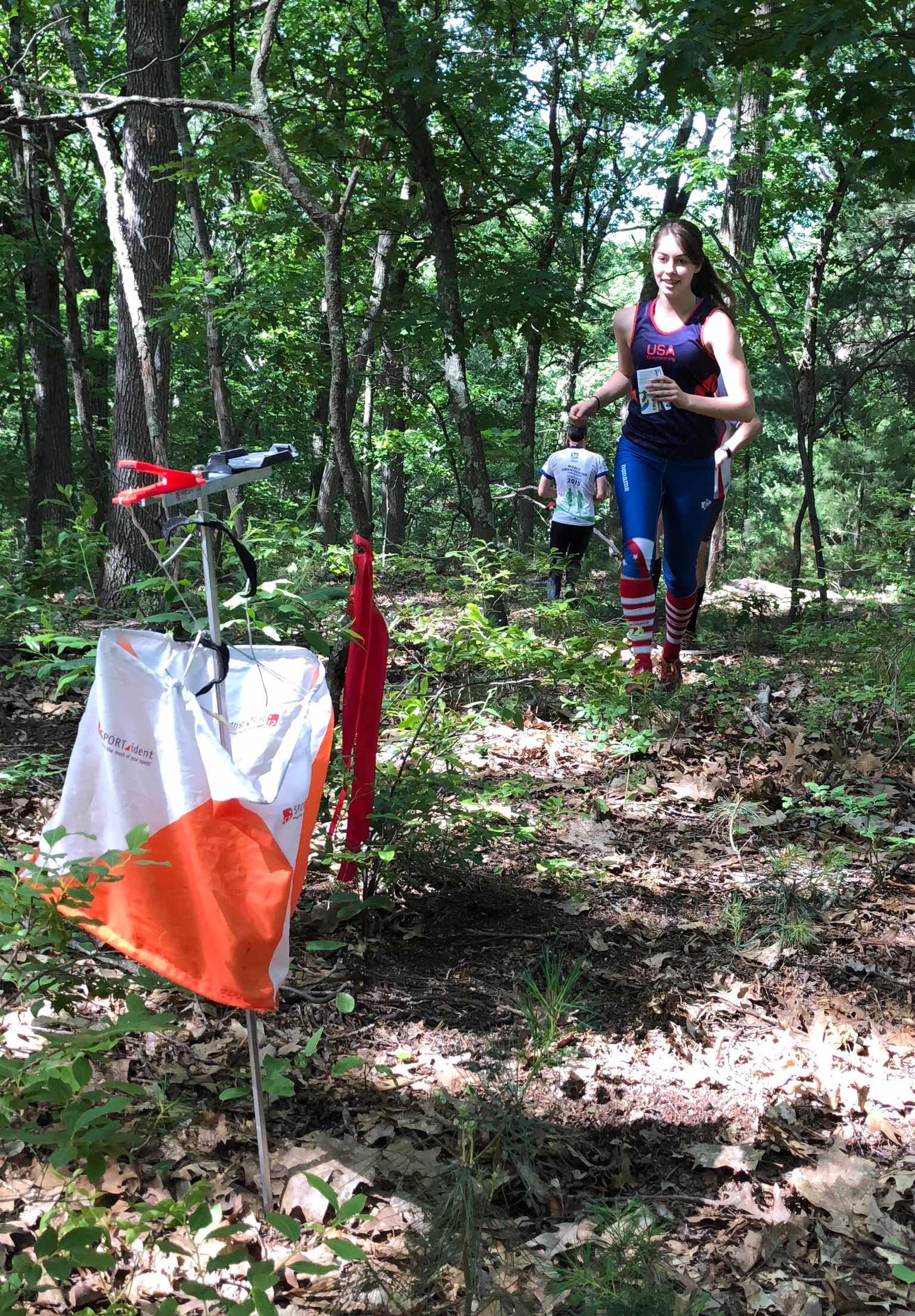 Izzy in to the first peg control 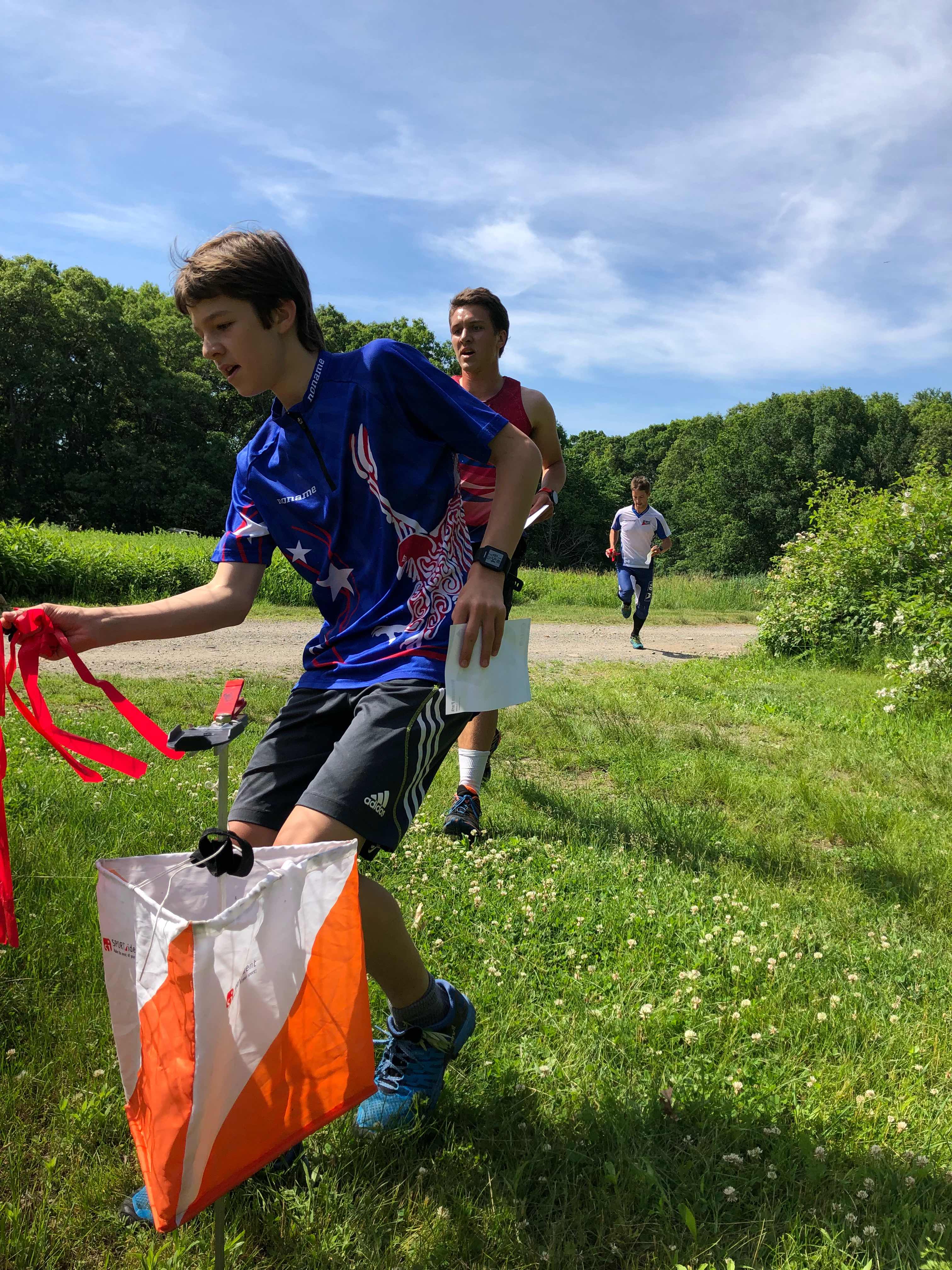 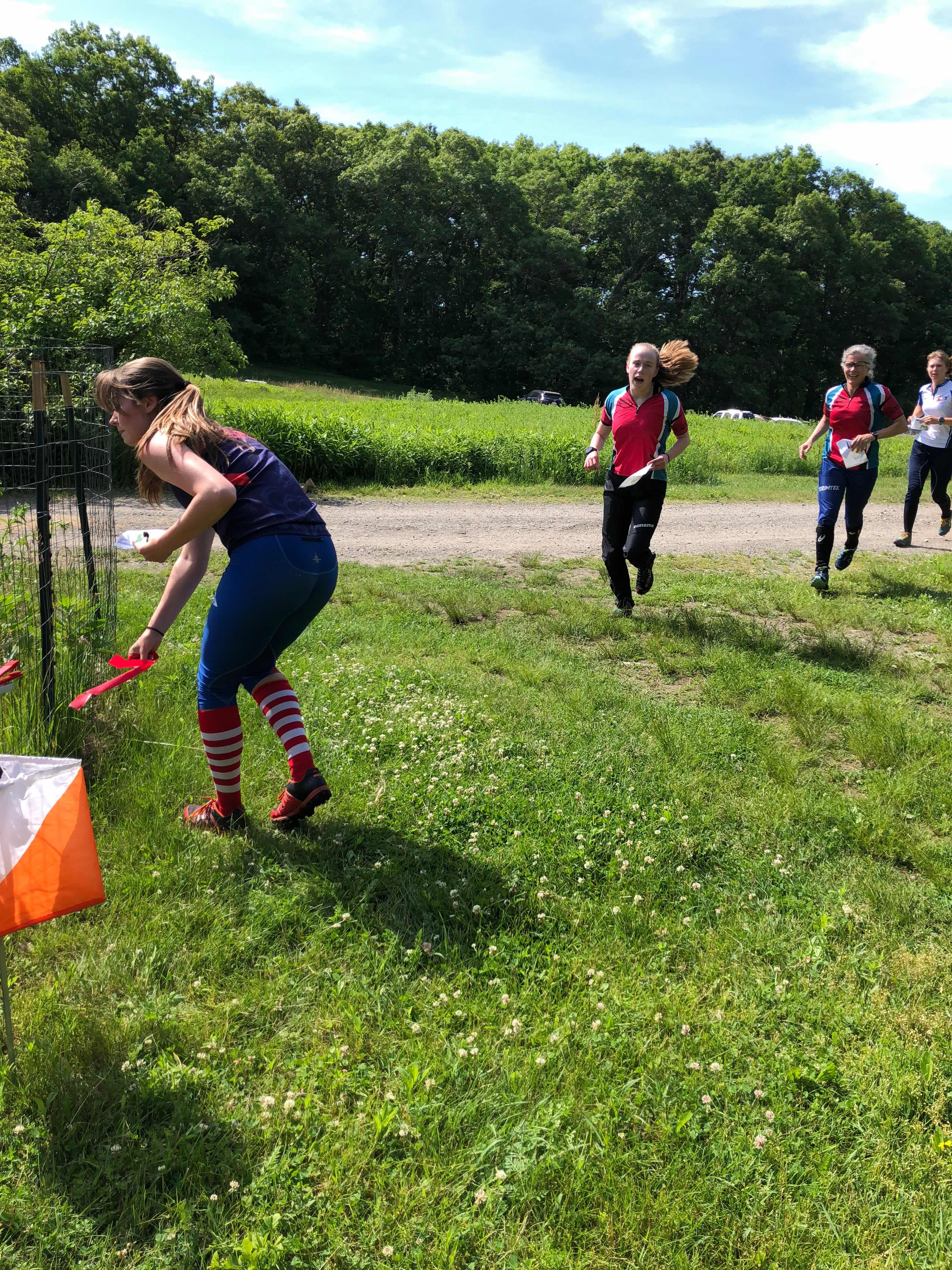 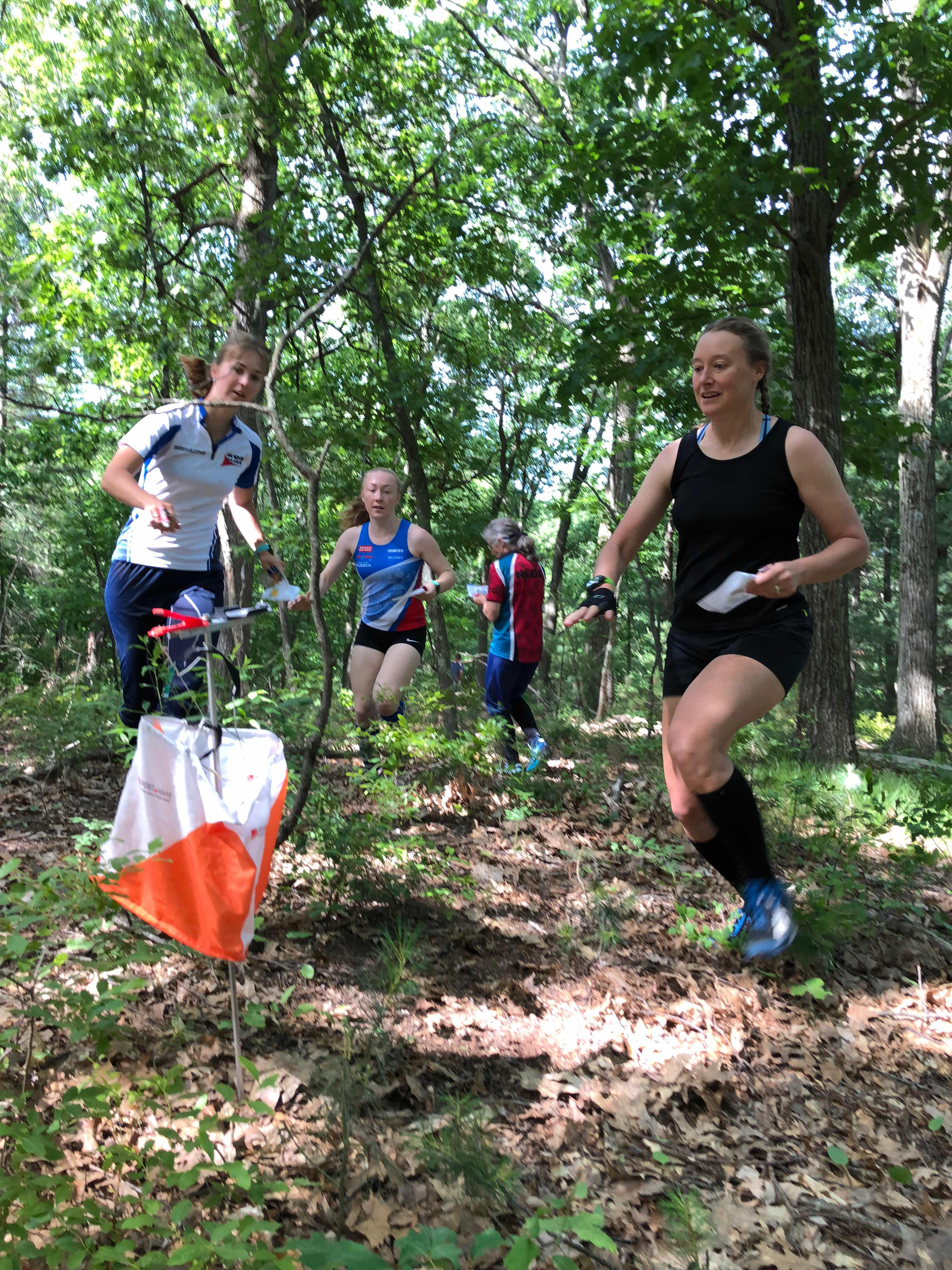 Tori leading a pack in to the first "peg" control 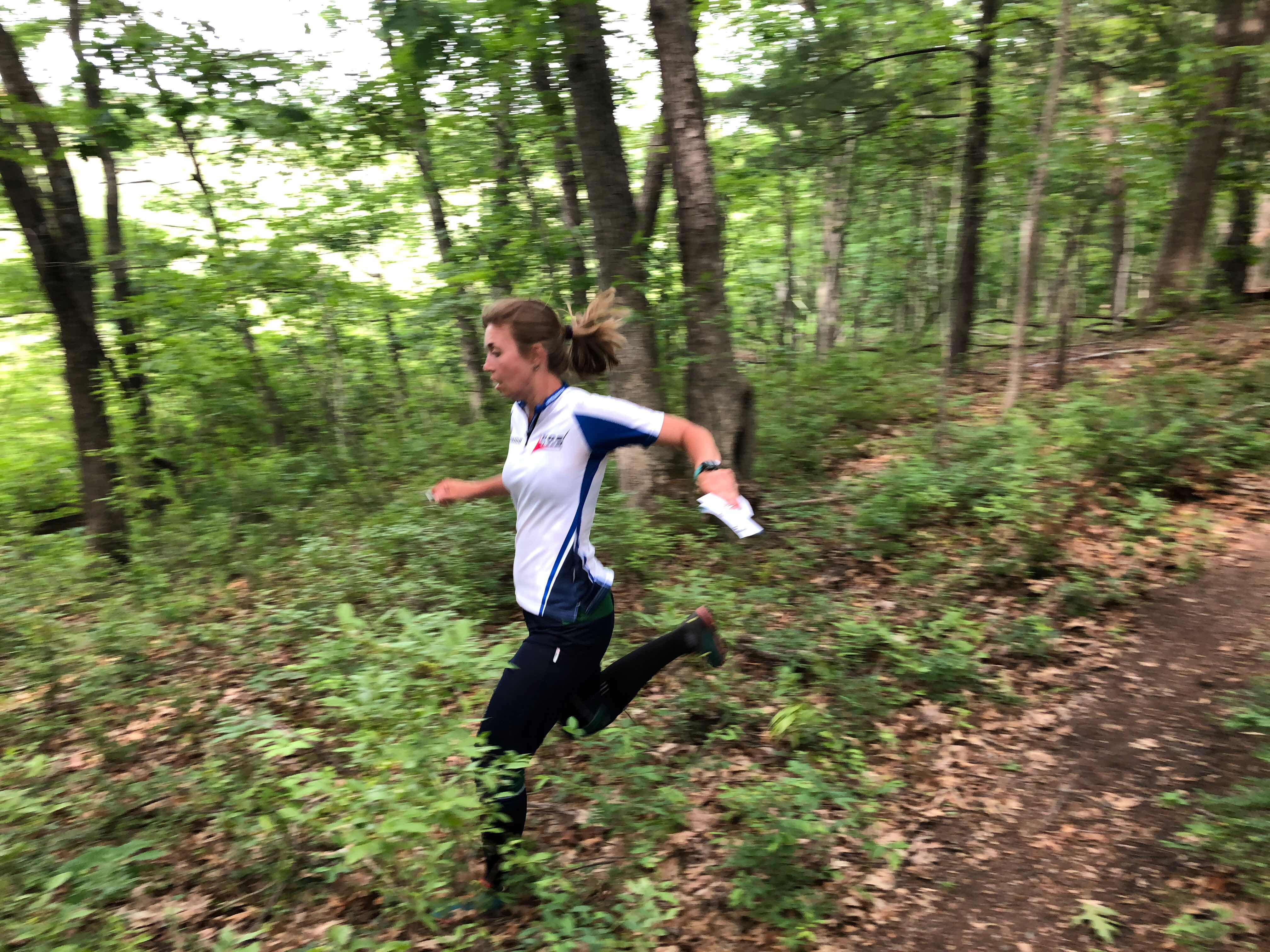 How to exit a trail: no hesitations!

From there we headed down to Millennium Park, for some more training exercises and then an e-punched park race. Ed made me take out any legs that went straight up the hill, and that was a good move. We ate lunch from BrickFire pizza there, and everyone was pretty hungry by then. 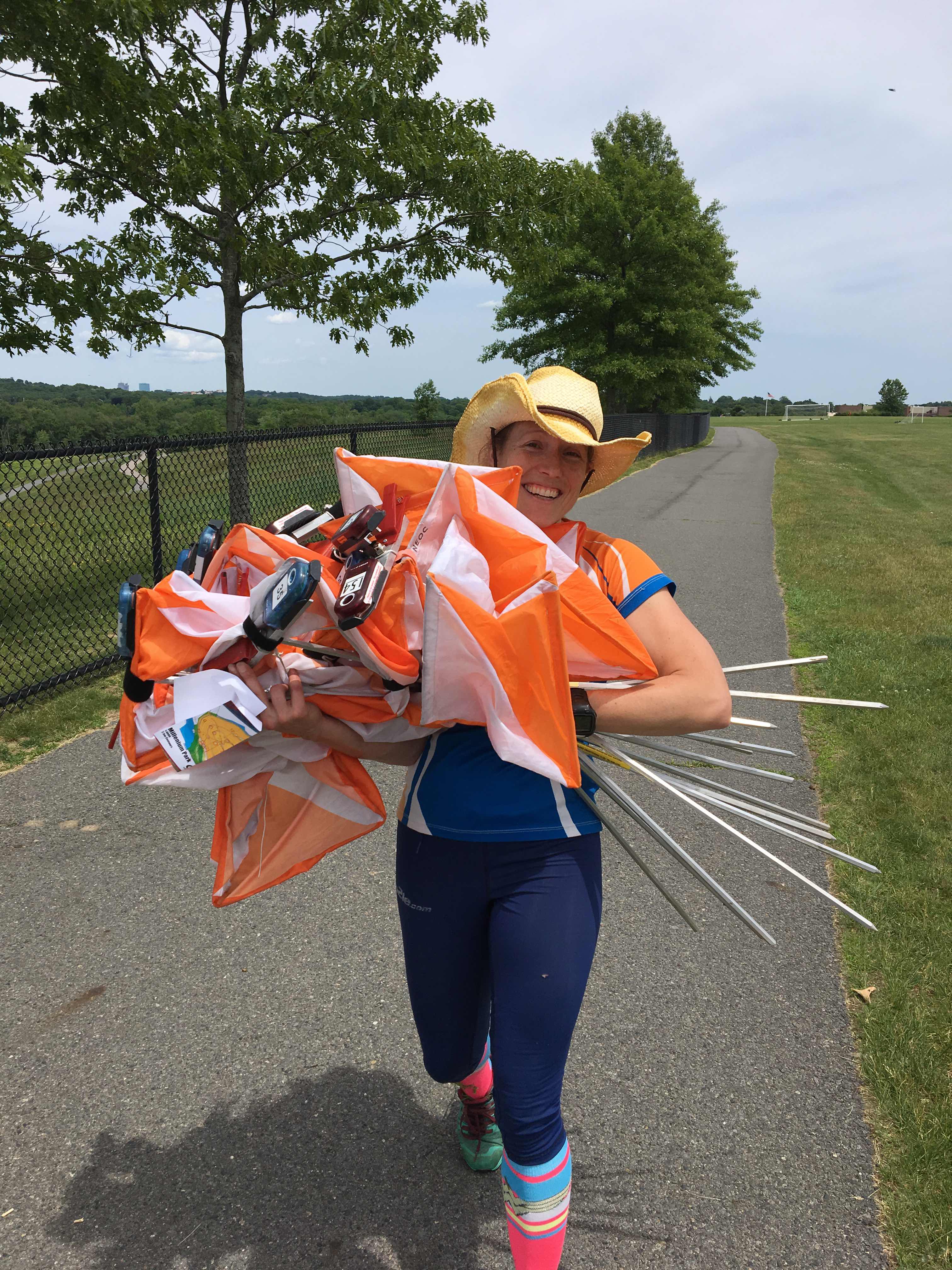 The final race was down at Cutler, on the new map in the gorgeous woods. Despite the mosquitoes, I think everyone really enjoyed that race. We quickly hauled in controls, and then went home to prep for Sunday's bracket race. 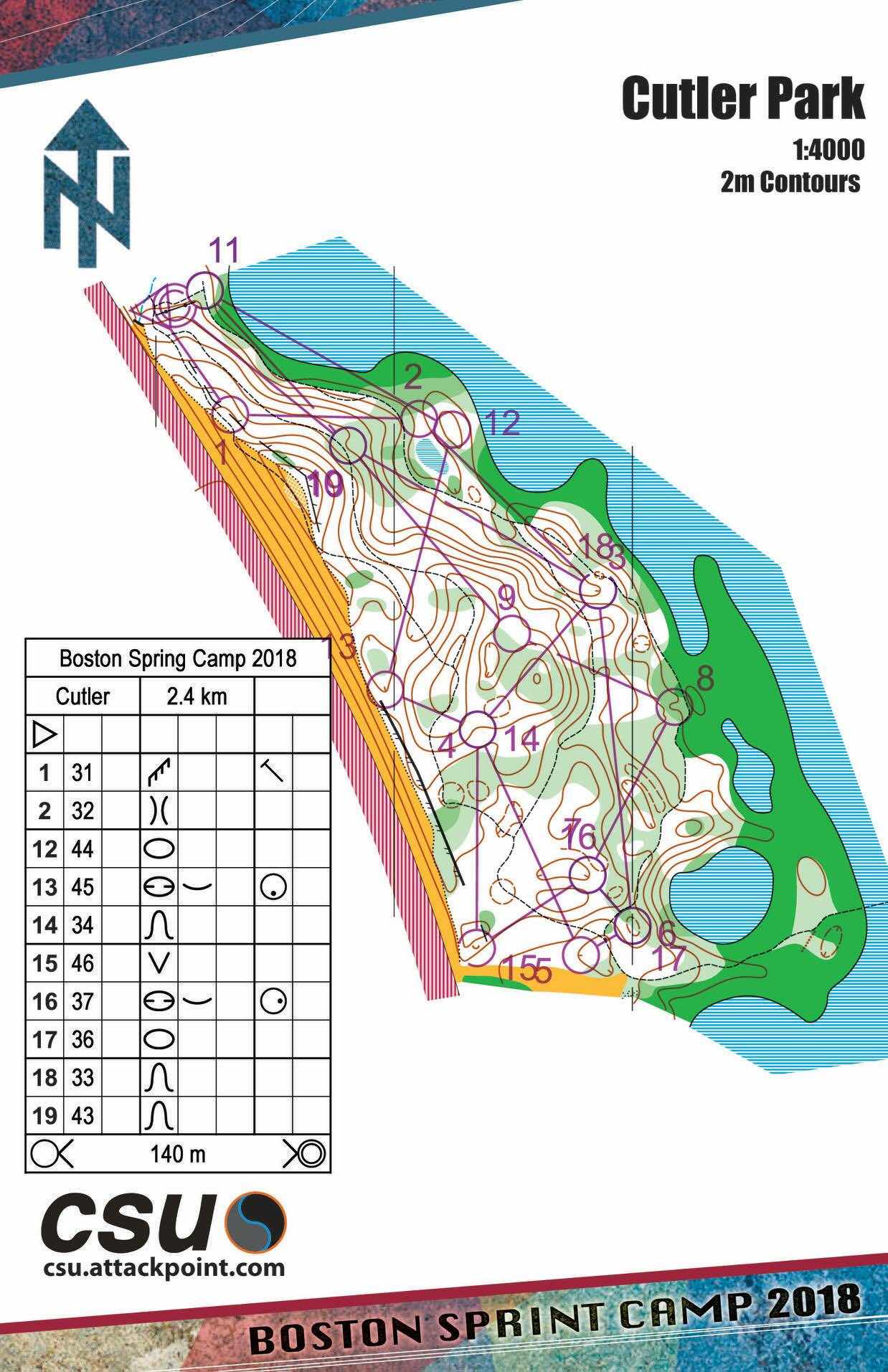 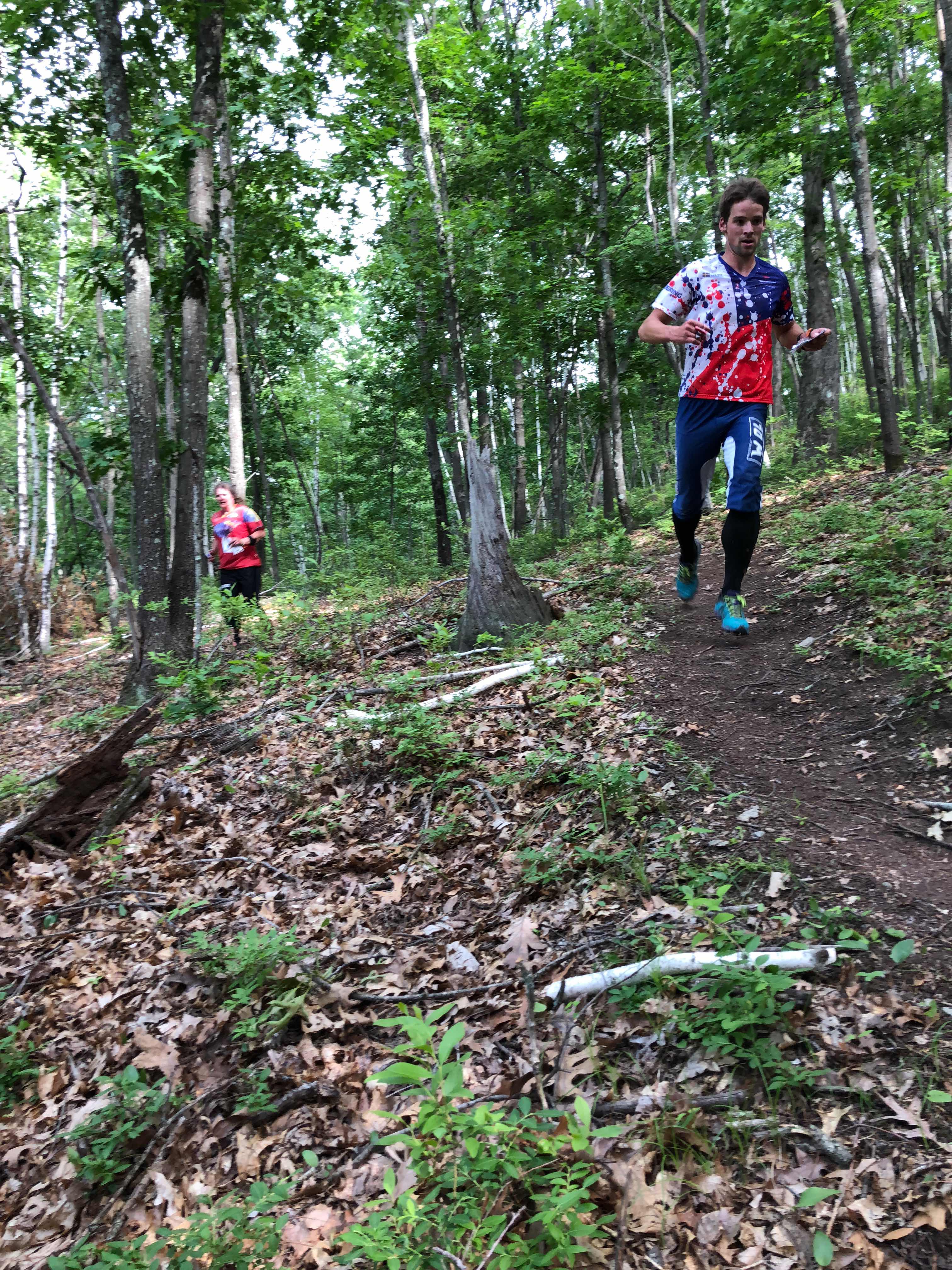 On Sunday, the Bermans stopped by to help us organize things. We were based in one location, but runners did six races in total, and each one had a different start and finish. We all marched out to the southernmost area together, and they ran the qualification race there. From the results of that, I slotted all the runners into eight heats of four, and they ran the first of five elimination heats. There's a big complicated bracket to explain it all, and we fell down by not having this thing printed out ahead of time. Next year. I think we actually managed to stick to the bracket and not screw anything up, which was a minor miracle considering I was basically sitting there with a pencil and a clipboard trying to interpret the basic results from the mini screen we were using in the field. Phew. 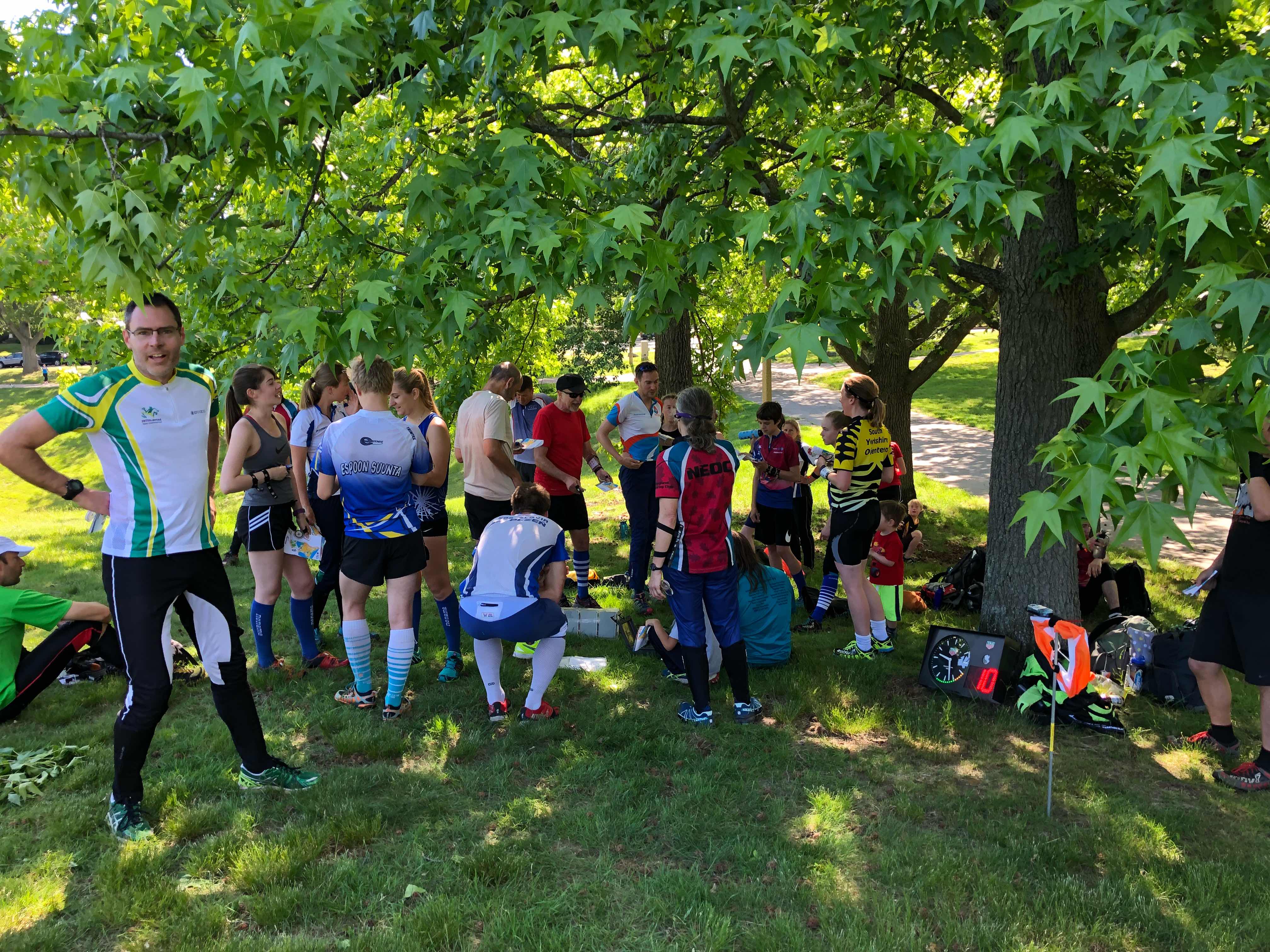 Huddling in the shade before the start of the qualification 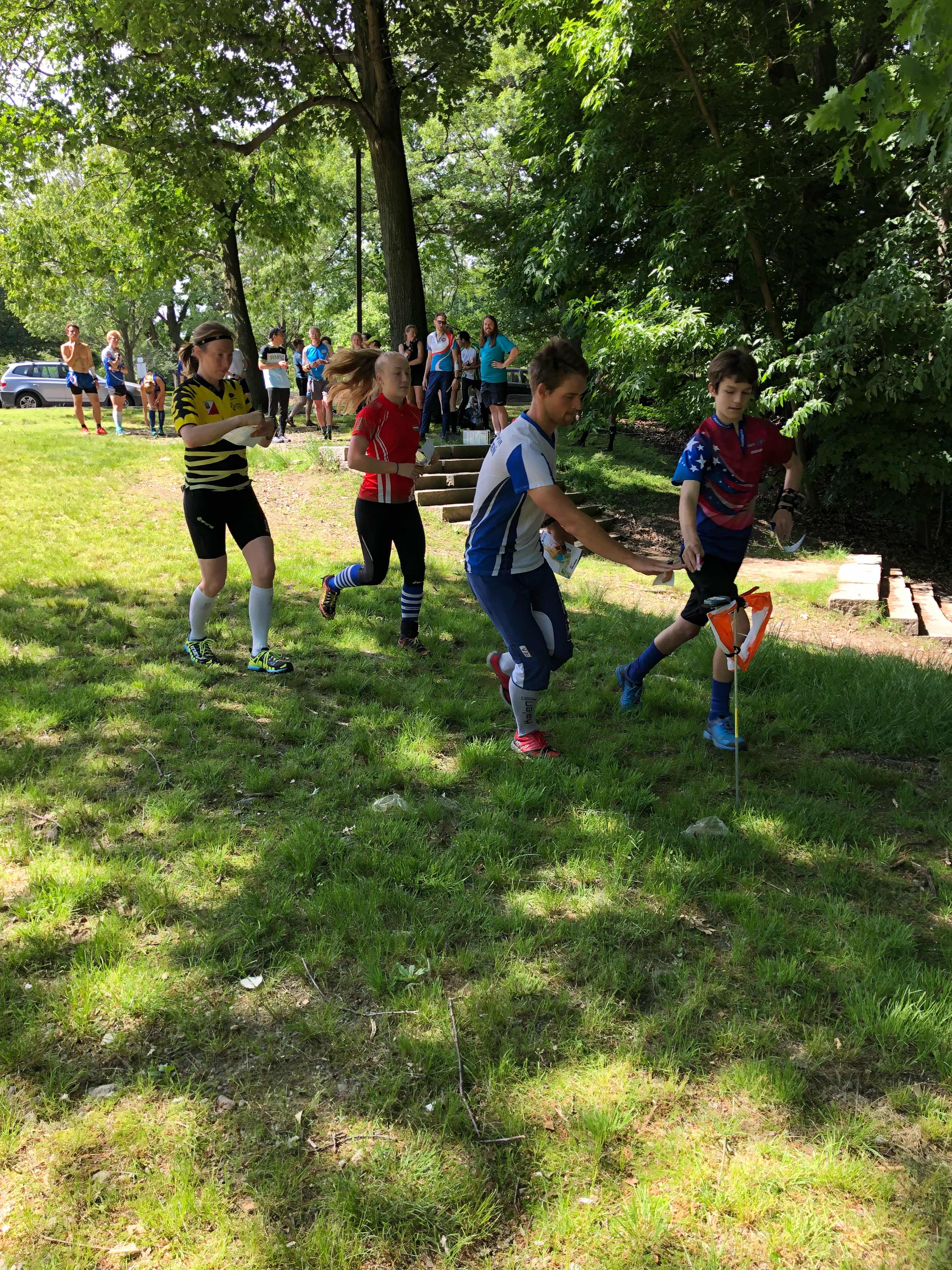 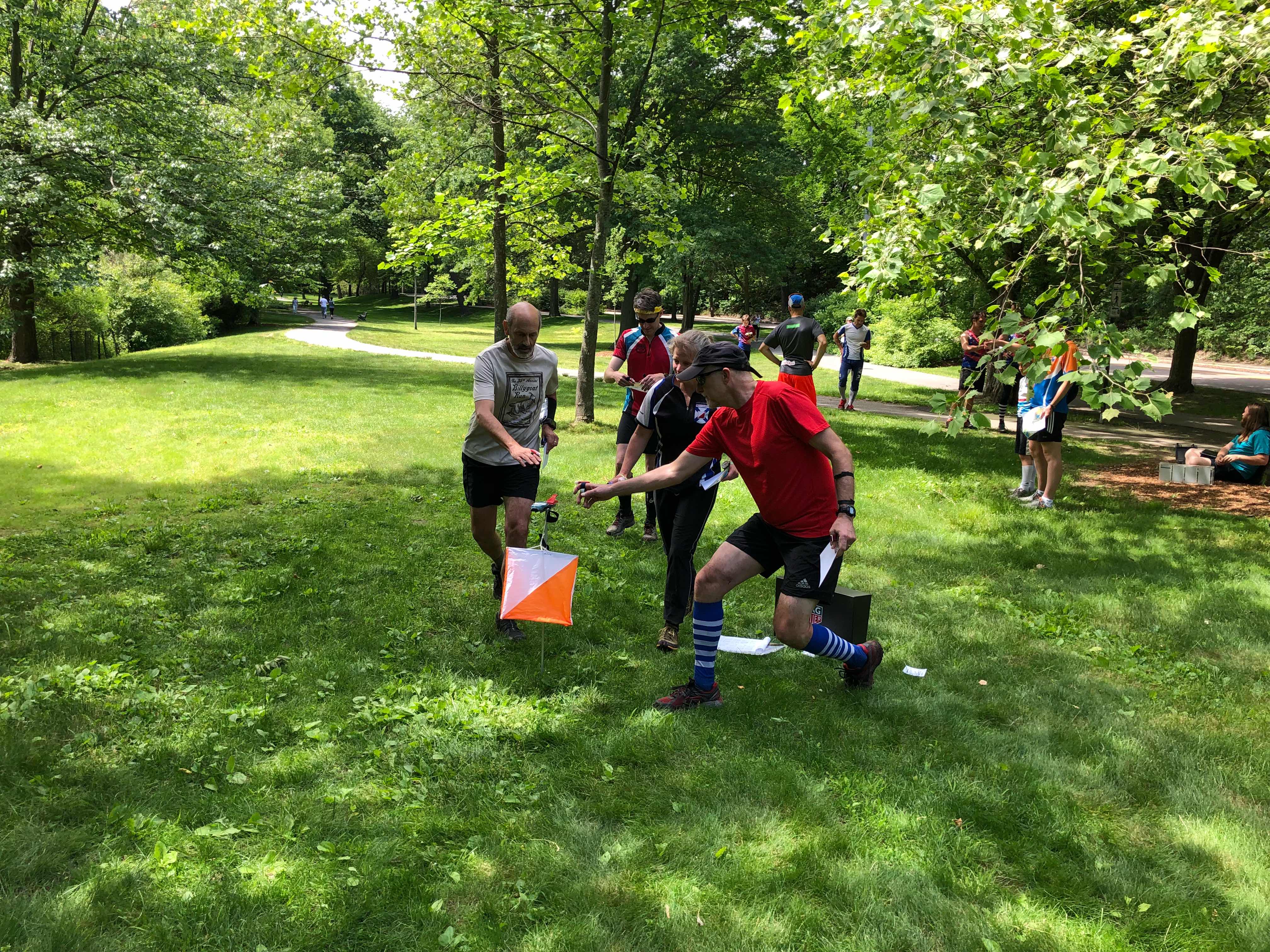 One of the master heats starting out 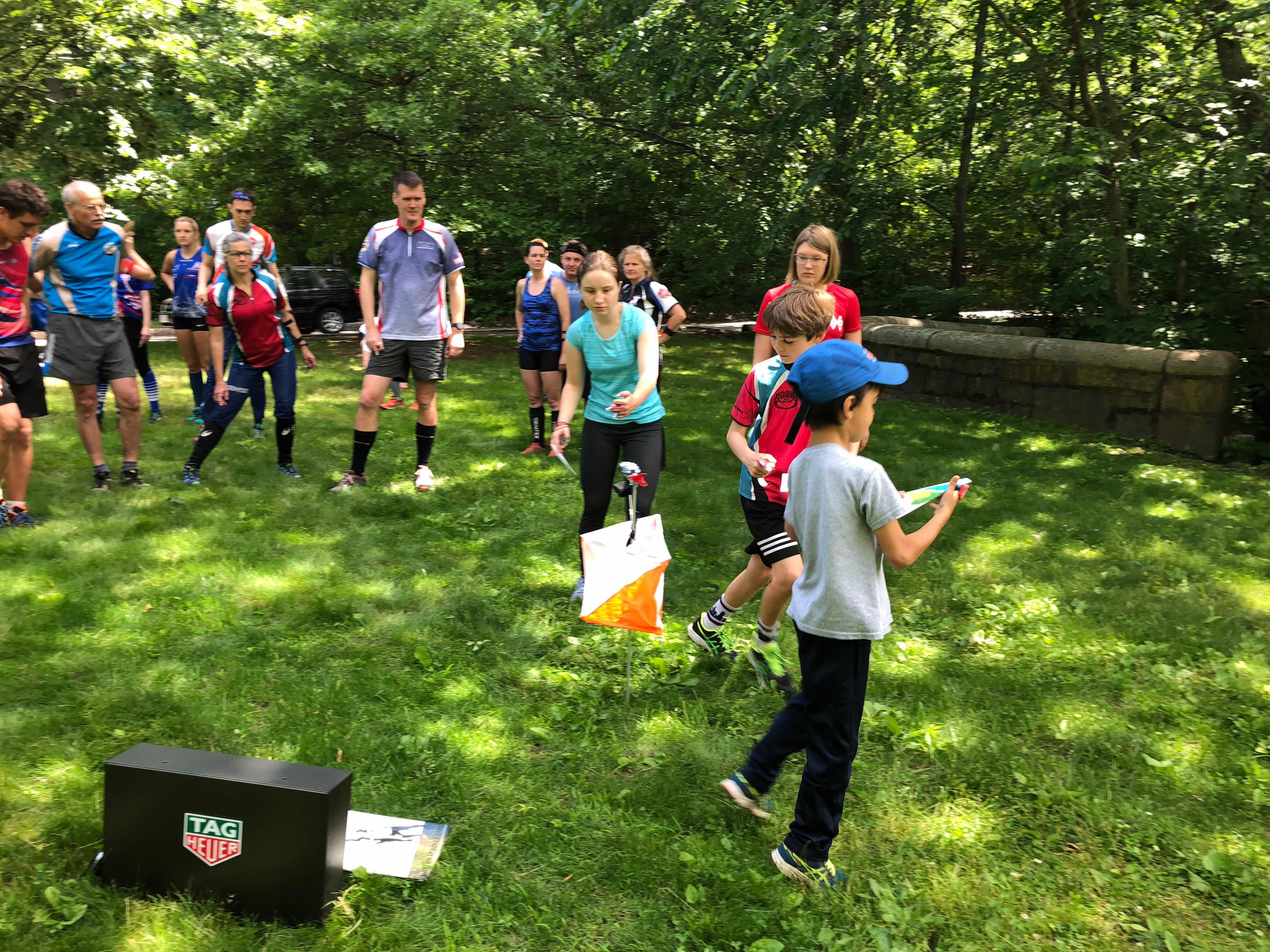 Junior heat starting off. Read the map, THEN run 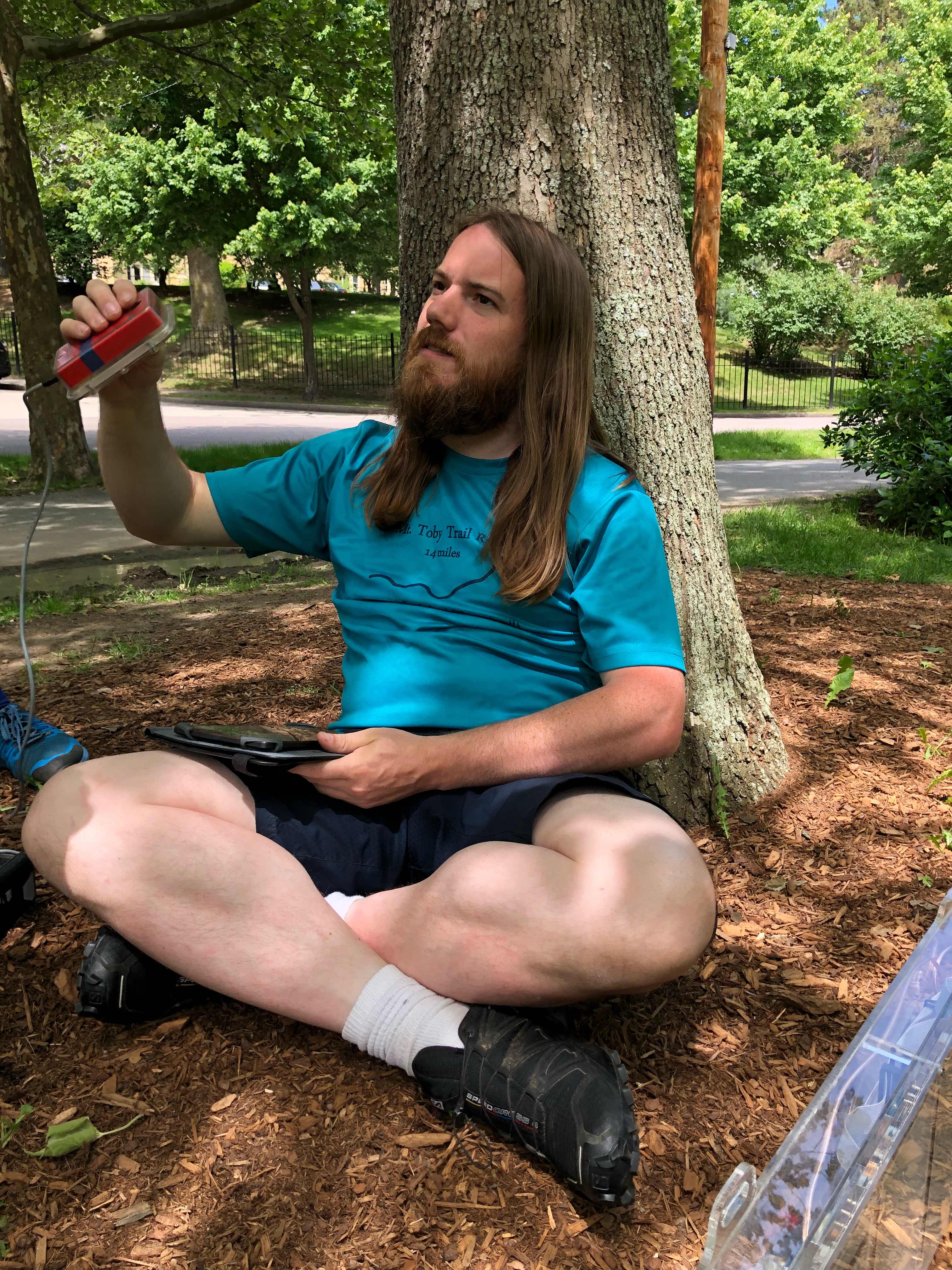 Five heats later, everyone ran the final sprint, now in heats most closely matched, and it looked like a ton of fun. Everyone loves head-to-head racing, and boy did I wish I could jump in. I'll have to go back to the Seattle Adventure Running Tournament! 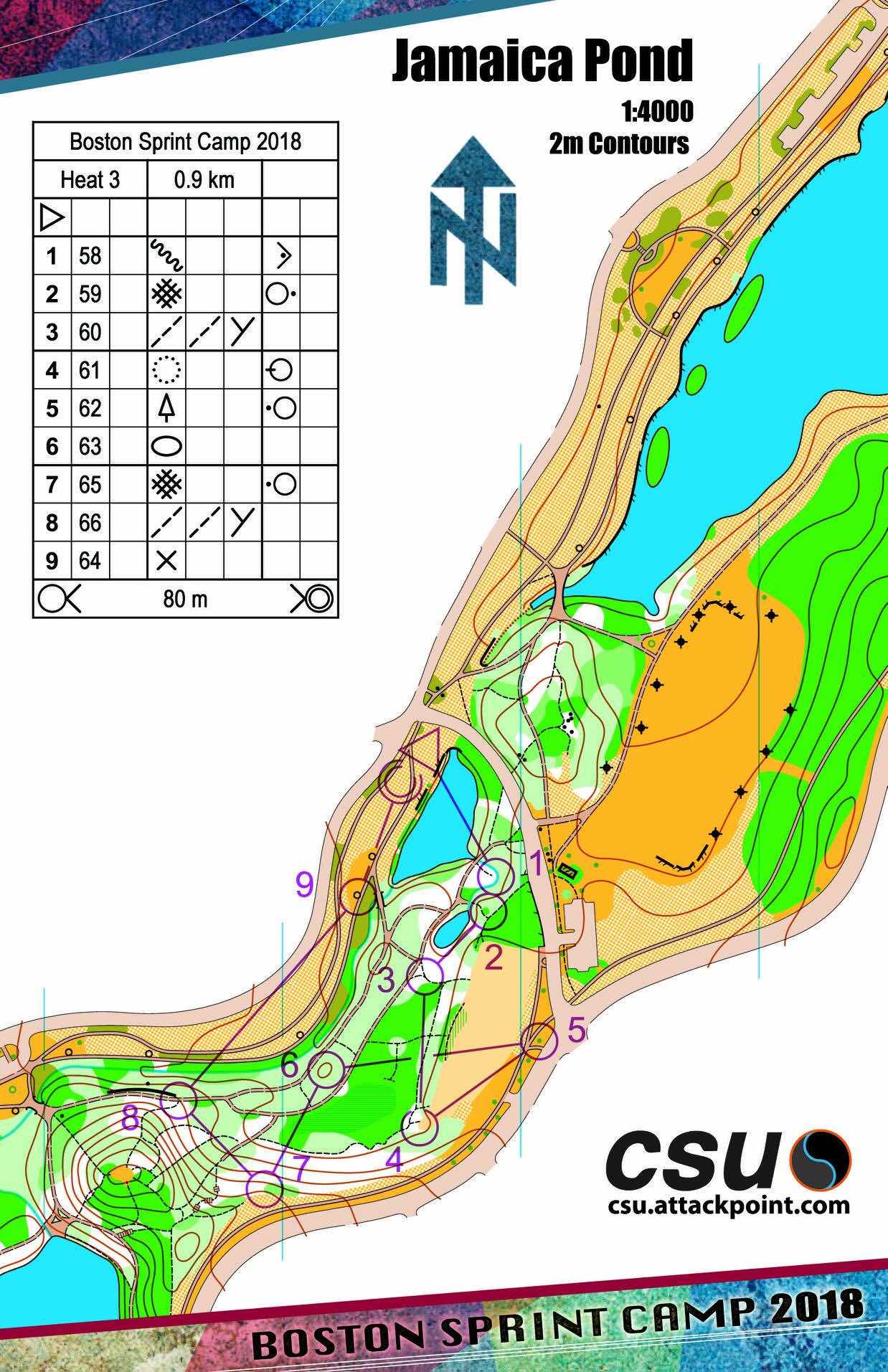 Lunch from the Noodle Barn, award pies, and then it was over. Quite the whirlwind, but thank god for such great hanging-around weather.

Adventure Weekend
Last weekend was the first CSU adventure weekend. We center this one around the Greylock mountain race, which I've raced the last few years. Unfortunately this year, I'm still recovering from my injury this spring, and didn't want to jump into the race, knowing that I have a hard time holding back when I'm wearing a bib. So the usual thing of "beat Alex's time and I'll buy your ice cream" had to get shifted to beating last year's time, which was a pretty soft one to beat. 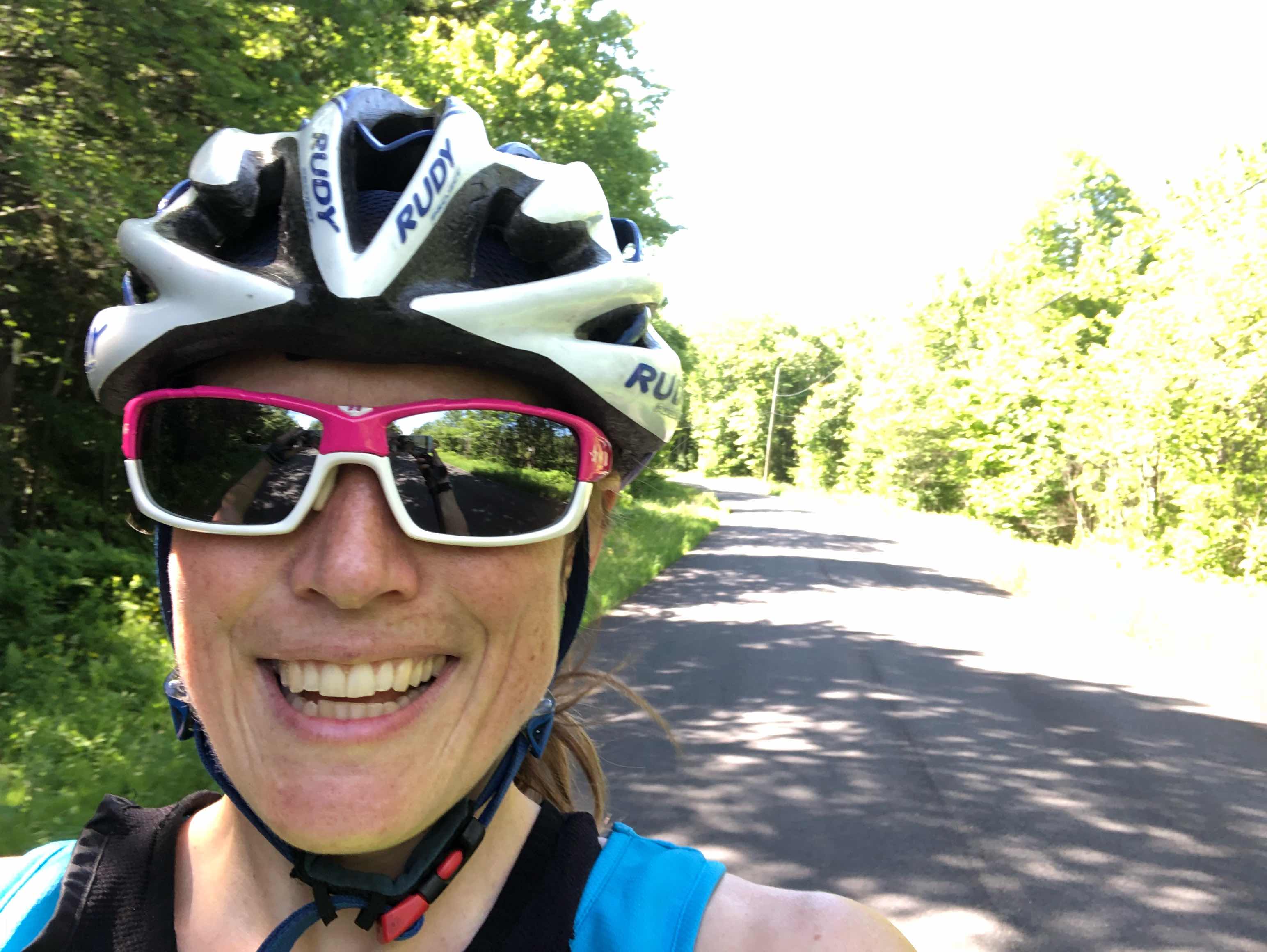 One of THOSE days. Great pavement, perfect day to ski 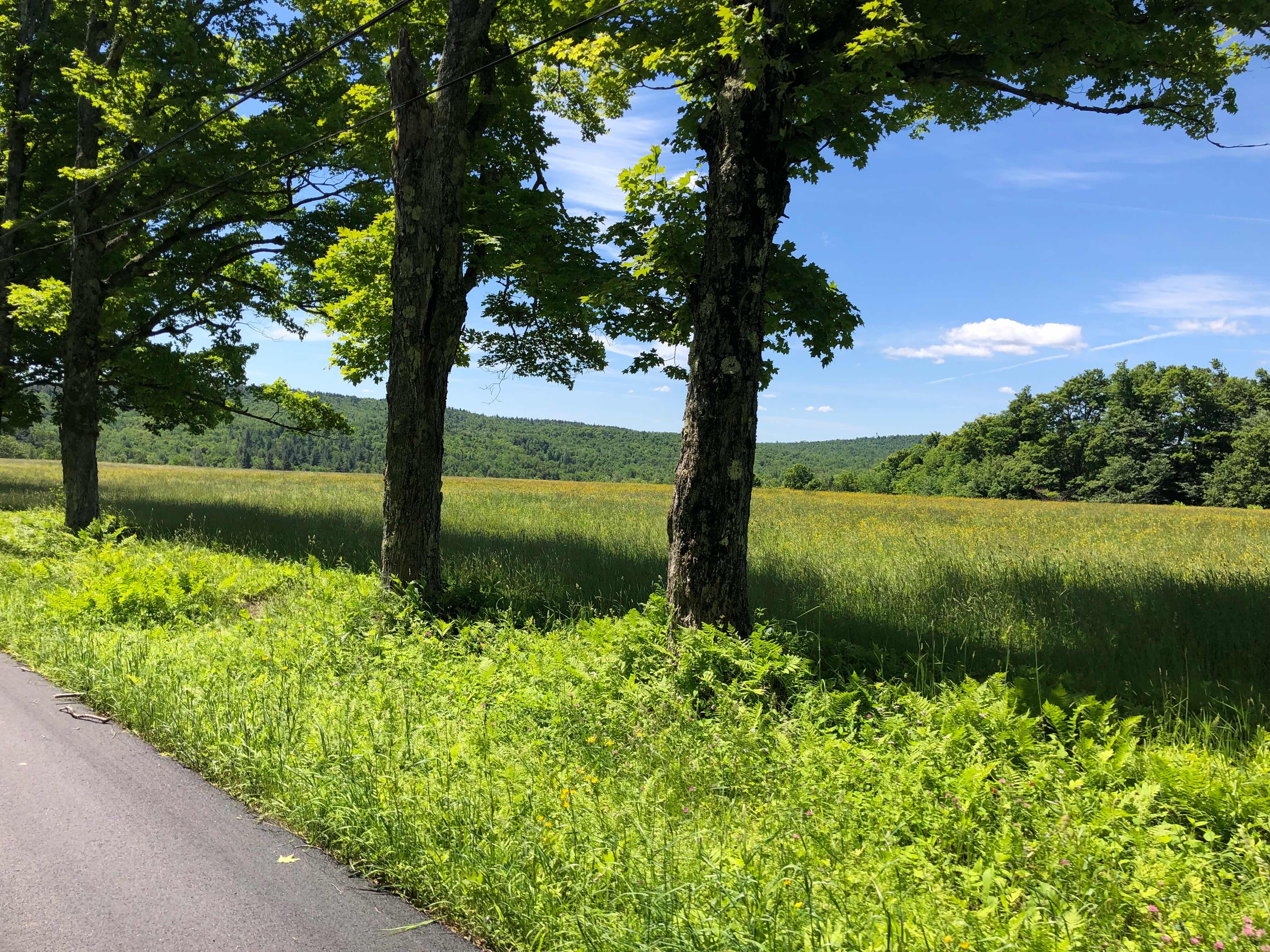 I love these old roads up in the Berkshires. Maple trees lining the view of fields and forests, hills for days. 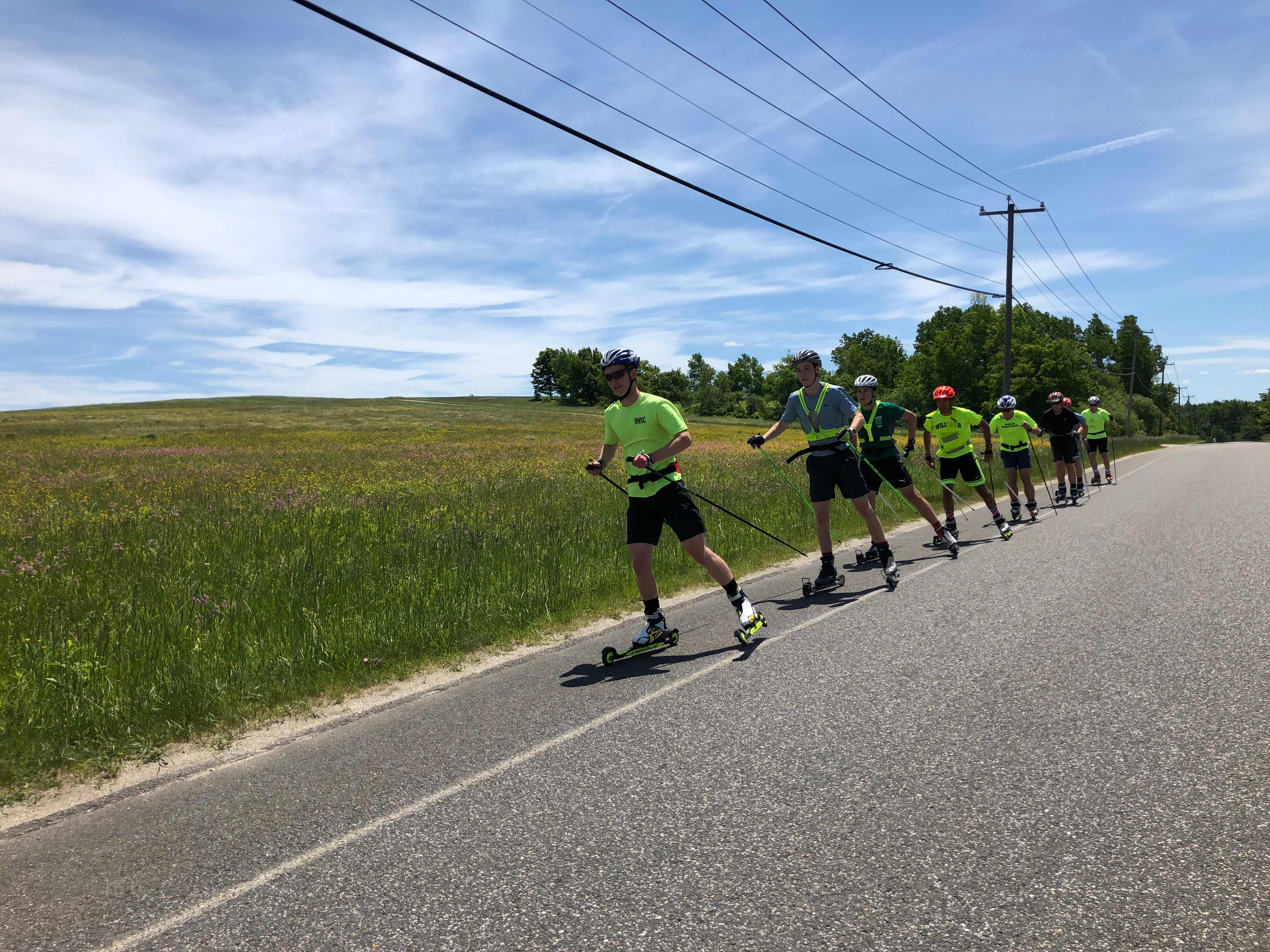 The boys cruising past my favorite field of wildflowers 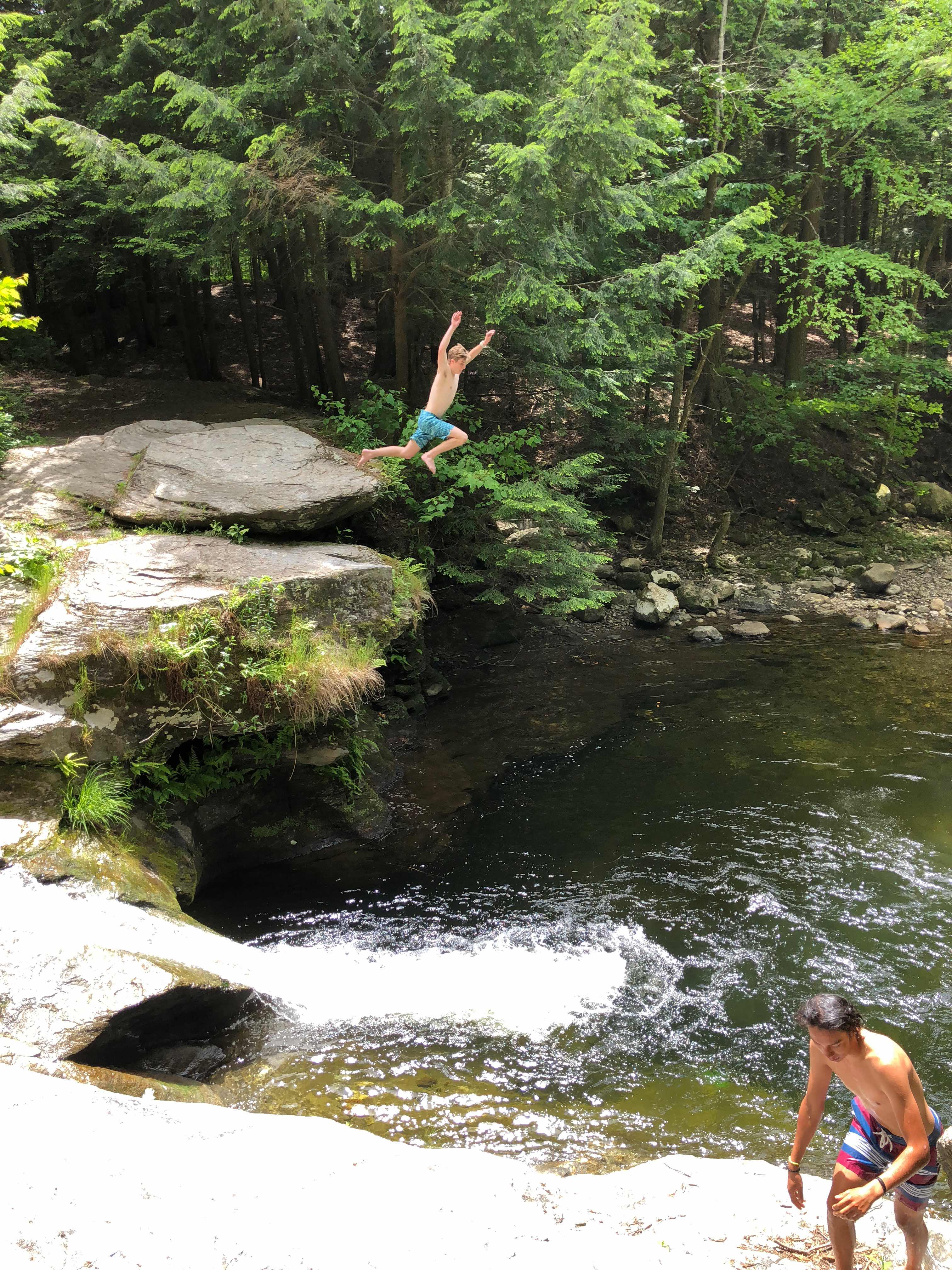 Sending it off a cliff in Adams 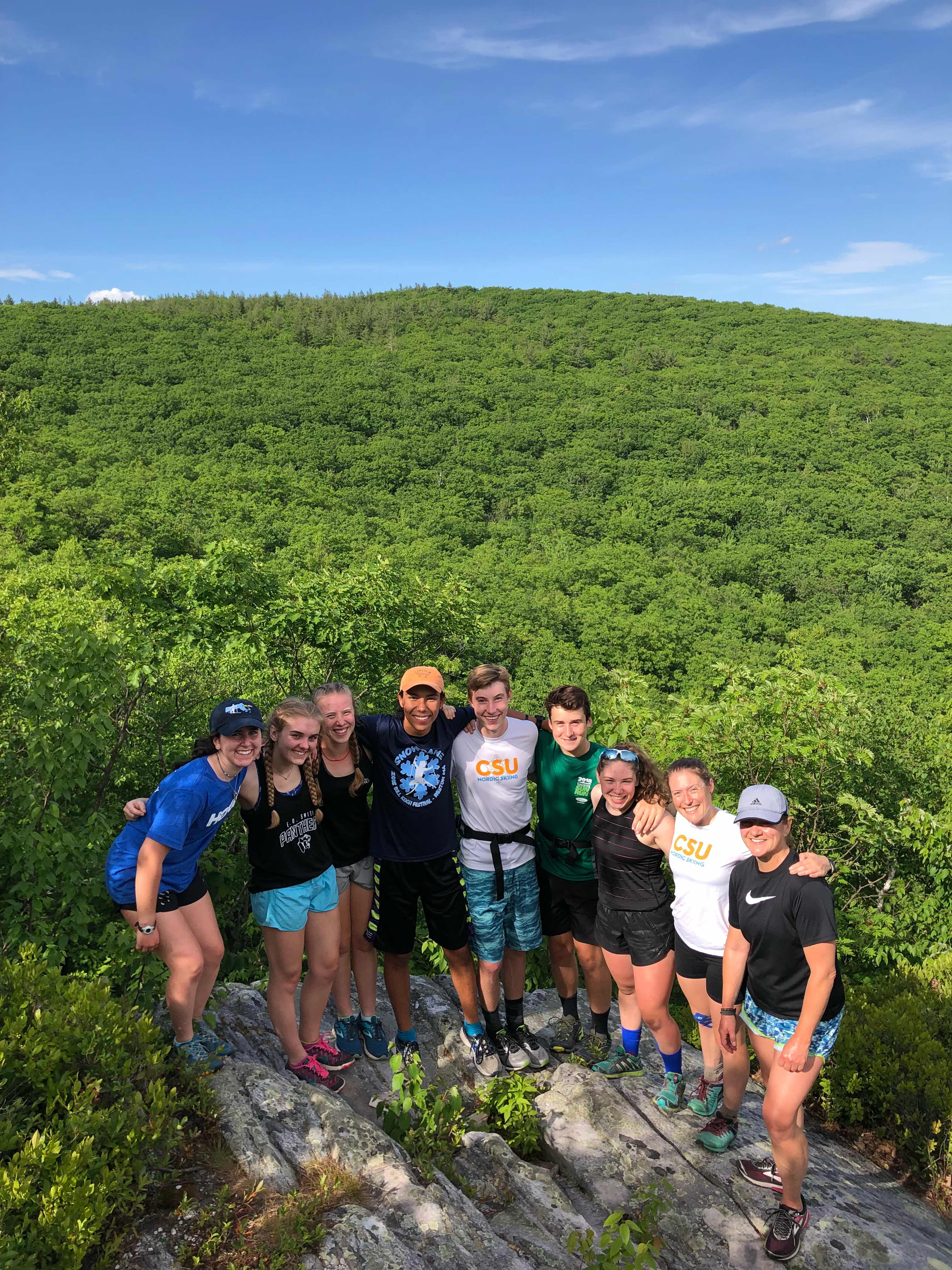 The crew up on Pine Cobble. Seven athletes, two grownups. Make that nine athletes, seven of them in highschool. 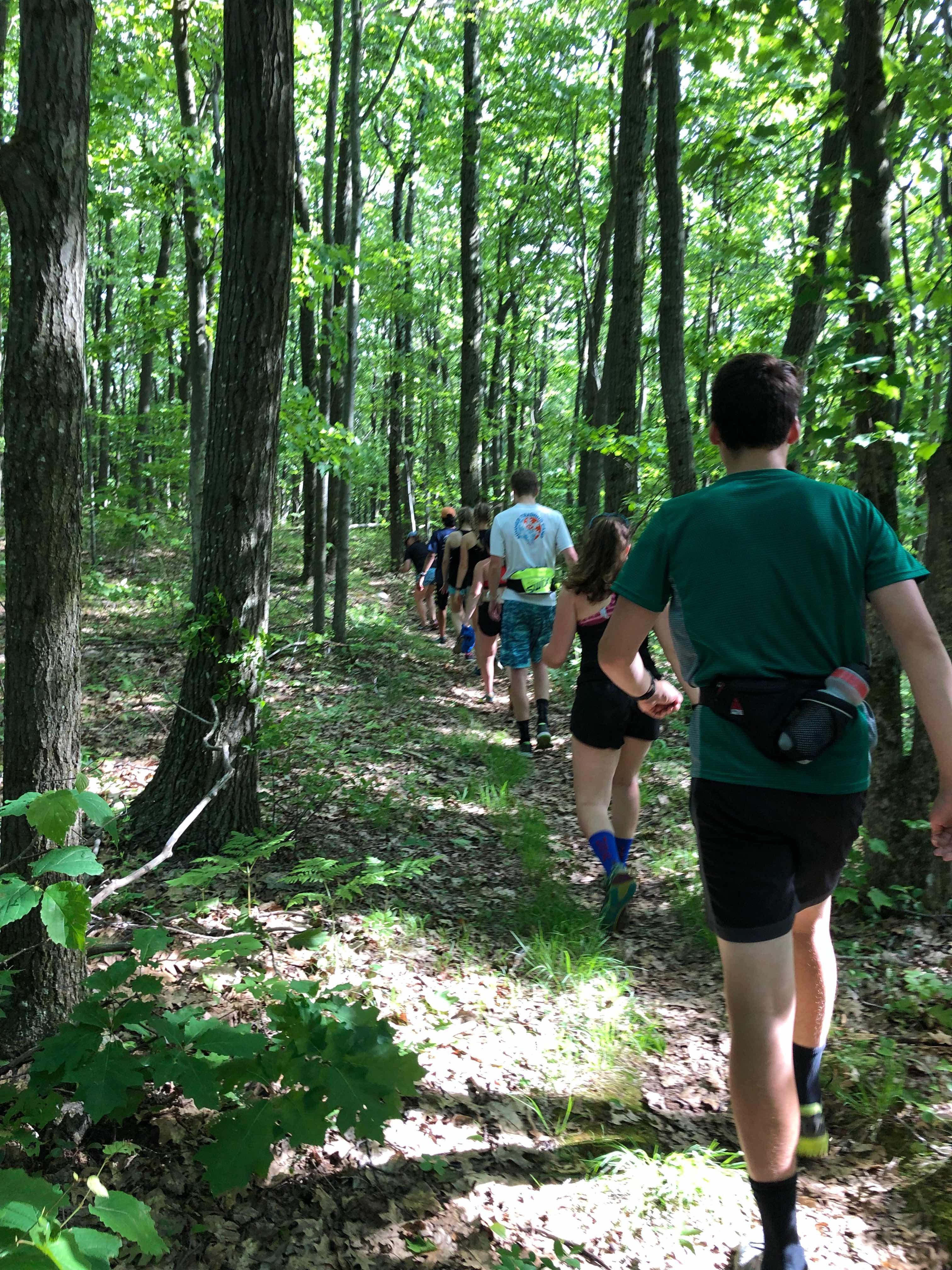 Tunnel of green, line of runners. 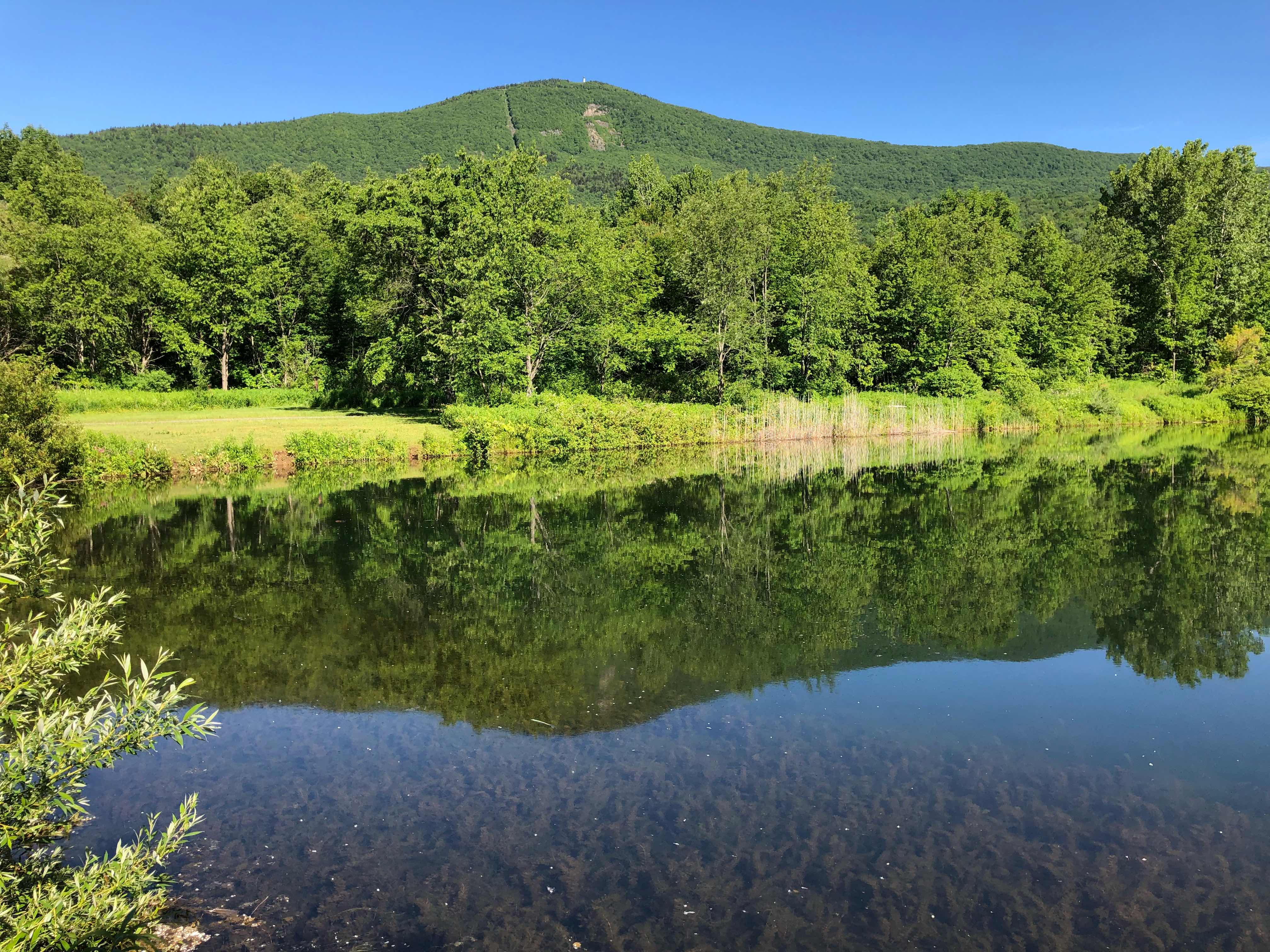 Calm morning on what ended up being a hot day. Kind of glad I wasn't racing. 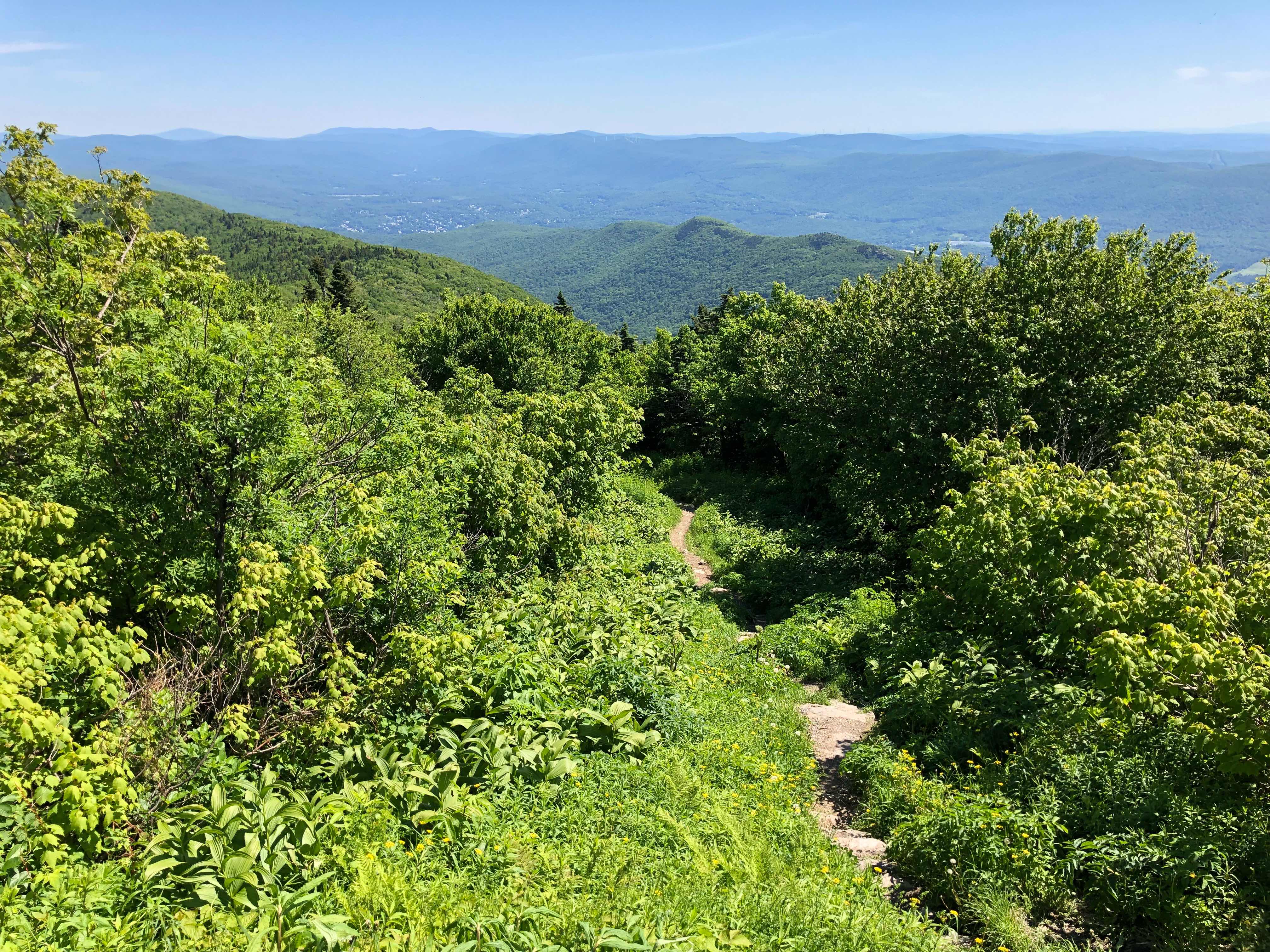 Despite lots of fun on Saturday, including a very hilly rollerski and a bonus hike up Pine Cobble, five skiers braved the start line, ready for the longest race of their lives so far. They all made it around, some with smiles, some with blisters, all agreeing that it was the best sort of Type II fun they've ever had, with at least one kid admitting to having a lot of Type I fun, too. Two boys earned free ice cream, and everyone felt very proud of themselves. Good stuff! 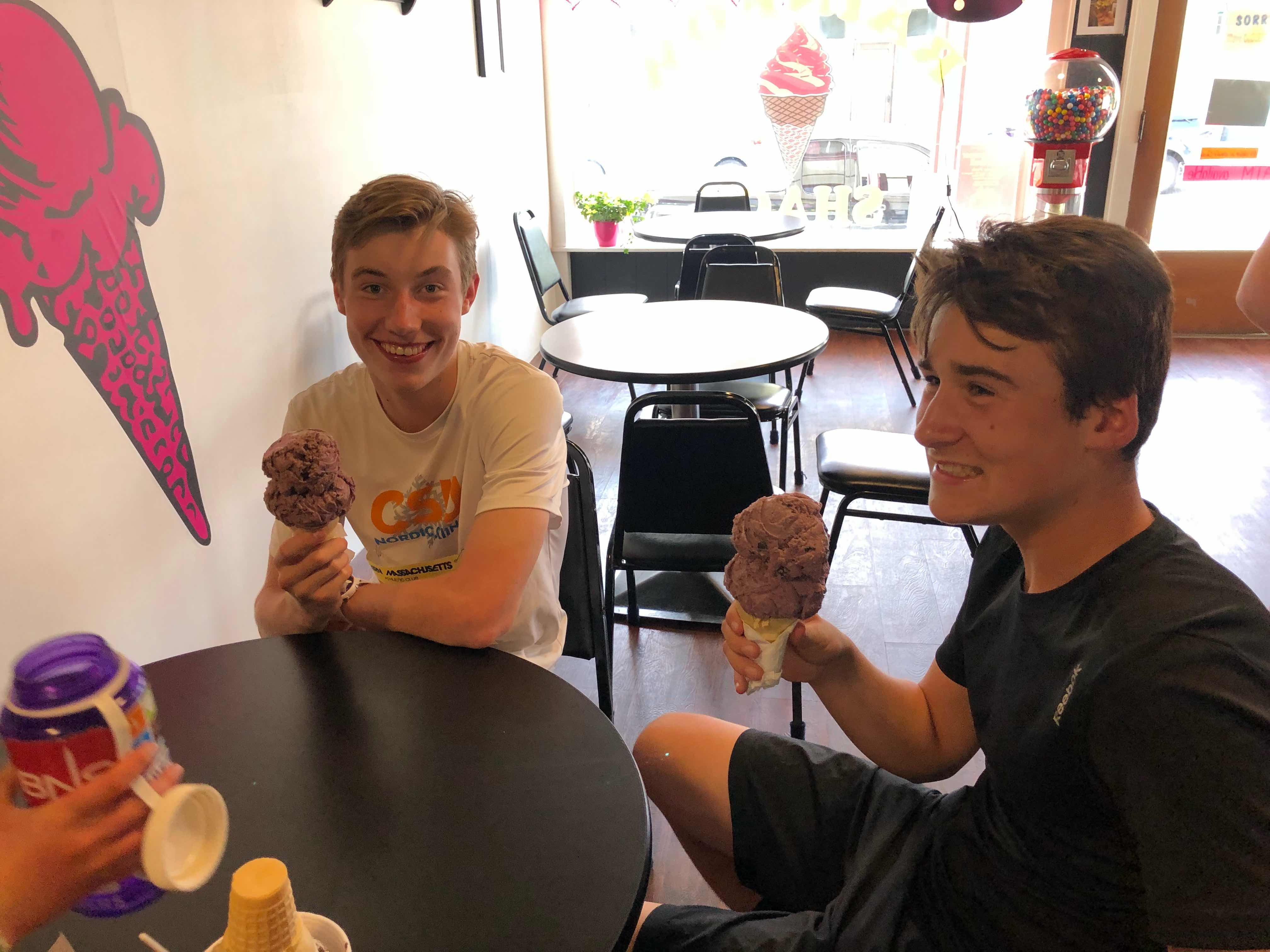 Looking forward to a weekend at home, now...
Posted by Alex at 6:39 PM