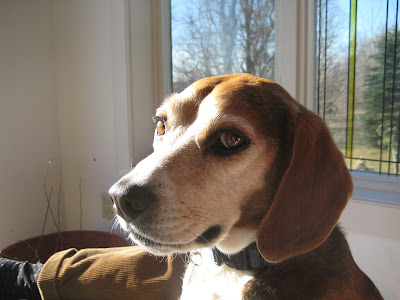 Got a call yesterday from the parental units that Rudi (one of my beagles) has a cantaloupe-sized tumor in his belly. Hes just a little beagle. The tumor fills most of his belly cavity, and apparently wraps around his liver and his colon. They had hoped it was attached to his spleen, because then they could just remove it, but its attached to connective tissue instead, so there is nothing they can do. I guess the good news is that he doesn't realize he has a giant tumor in his belly, and happily wolfs down chickum and goes sniffercizing for rabbits like nothing is wrong. But they don't think he'll last more than a couple months.

This is pretty hard news. I know there are plenty of worse things going on in the world than my dog being sick, the dog I don't even live with anymore, but Rudi is a special little beagle and has a place in our hearts that no human could ever fill. Not the Einstein of the dogs, but emotionally intelligent and a champion snuggler. He doesn't realize he's an old dog, he wants to play with his toys and tear out the squeaker and distribute the fluff evenly throughout the house. I'm not ready for him to go, what will Tira do? She won't understand, and shes way more intelligent than Rudi. I wish I could get sick days to go home to see my dogs. 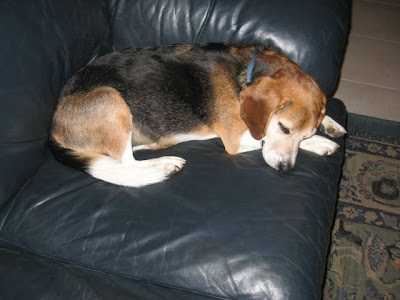 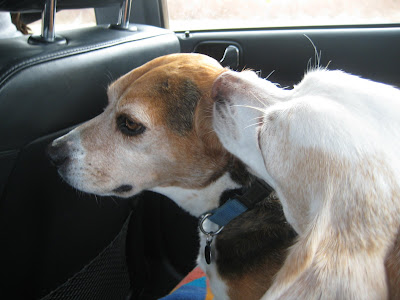 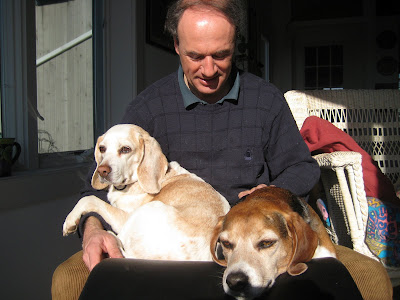 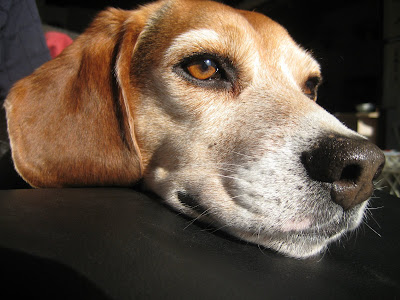 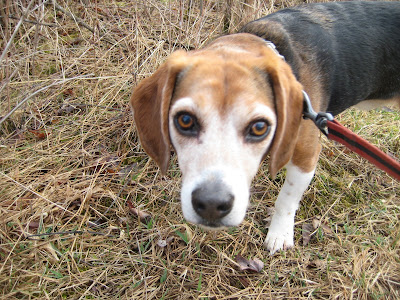 Me?? You think I would steal that chicken that was sitting on the table?
Posted by Alex at 7:39 AM

I am so sorry to hear the news about Rudi. We have two Beags of our own and they are the best.

Sending Reiki to your sweet beagle. Please visit our Happy Tails Beagle list, we would love to have you join.

We have beagle owners from all over the world.