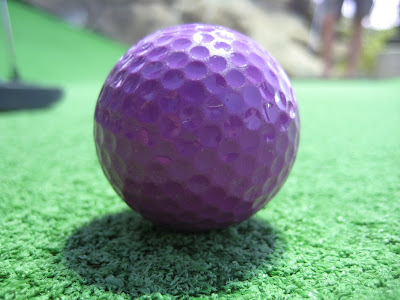 Monday afternoon we ran up Cascade mt, which is a pretty small one close to the road but with an awesome view. Going up we passed this huge family wearing dresses and long hair and stuff with two babies--intense. We also discovered that three of us were wearing the Colby sports bra. Go Colby! 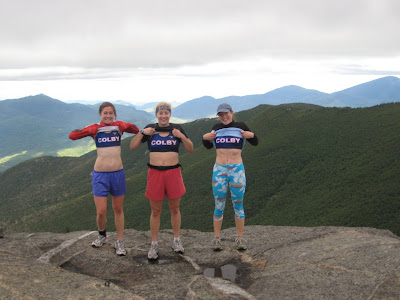 Tuesday morning were some hillbounding/ski walking intervals up Whiteface; we were hoping to make it to the top but I think we were only about 3/4 of the way up before it was time to turn around. They're blasting a new trail up whiteface, and we accidentally bounded through the blasting site but the guys were pretty nice and pointed us the right way (up). It was a gorgeous day, so we stopped by the Flume on the way back to jump off some rocks into FREEZING water. 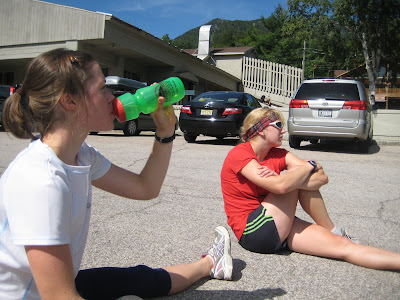 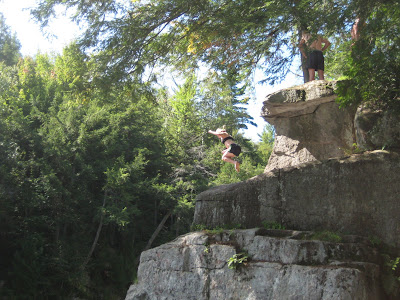 Tuesday afternoon we went double poling in Keene, and the weather was still gorgeous. I could get used to this... As the van was going along scooping up athletes, Patty sees Kathleen skiing past where the van had stopped, so Paul leaned out the window and yelled "Kathleen! turn around!", and then as she started back, he realized that she probably didn't want to stop. Patty thought she did want to stop, so they quickly made a bet- 20 pushups to the loser. Kathleen skied up and stopped so Paul lost the bet and Patty added some weight to his pushups... 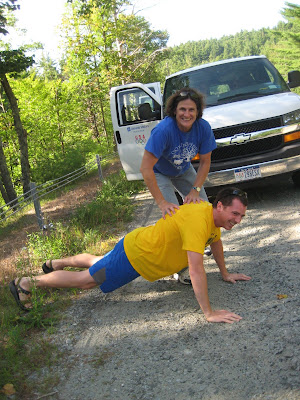 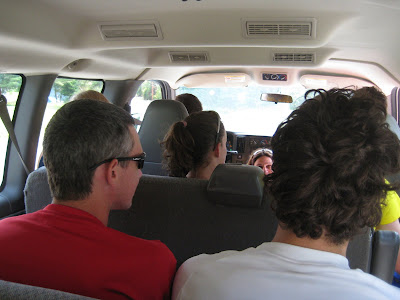 Last night was mini golf night. Adventure Cove here we come! We teamed up as fairly as possible, ranking ourselves from a 1-5 and trying to split up the horrible people and the golf pros, and that sort of worked, and my team won. 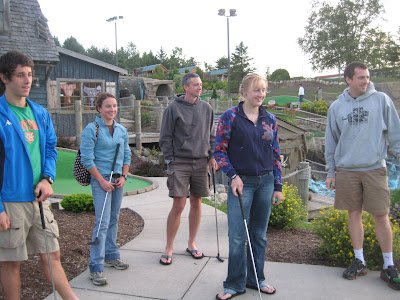 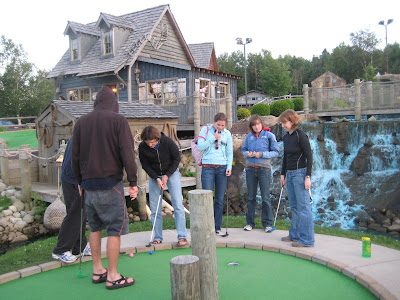 The other team. Water look a little green to ya? 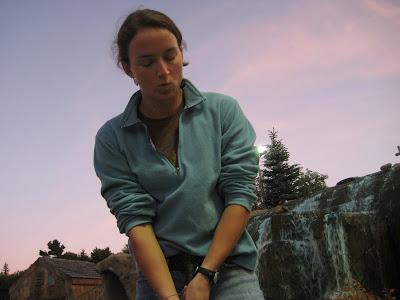 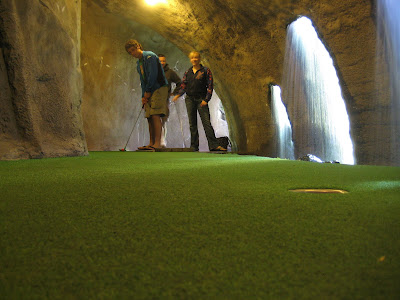 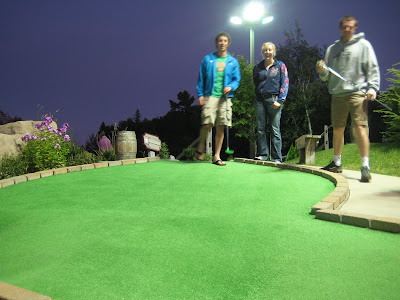