My office rocks. Proof at last! 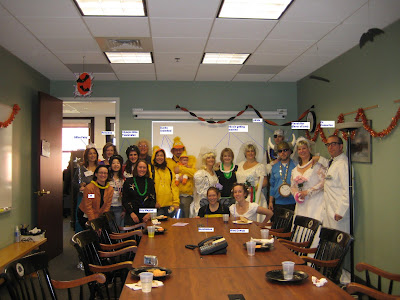 Everyone who wore a costume got to be in the picture. People who didn't wear a costume were forced to wear "sharkie". 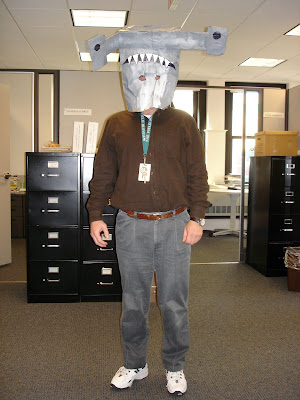 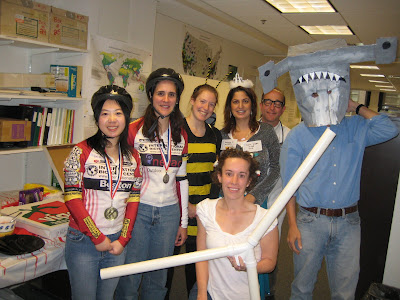 The Eastern Science Conservation team... Mark didn't have a costume, so had to wear Sharkie. 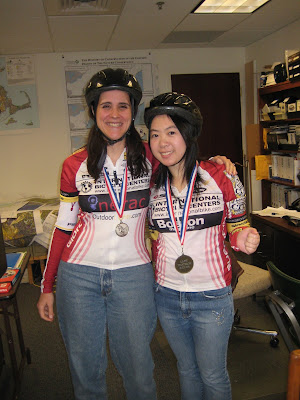 Arlene and Juanmin were an olympic bike team. I've never seen those jerseys anywhere, they're so unique! They wanted to be like Michael Phelps but decided against the wetsuit/bathing suit idea... 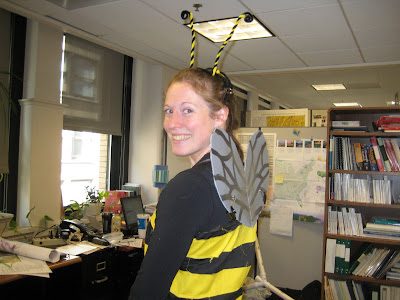 I was a bumblebee. 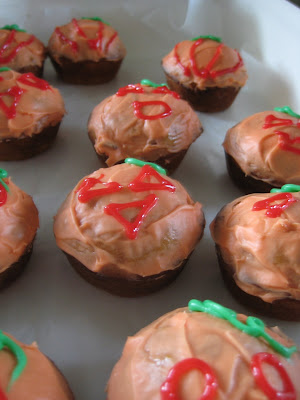 There were cupcakes.
Posted by Alex at 1:47 PM