Jody Newton gives up her back yard every Monday night over the summer so that a bunch of skiers can flop around in the grass grunting and throwing heavy objects at each other. I don't know what her husband or kids think. but we all have a great time out there! This has quickly become the most popular summer workout, even in May we had 25 people last night, almost half of whom were masters or parents (or both), which I found impressive. Rob leads some rollerski technique for the first hour, and then we all converge on Jody's lawn with various paraphernalia and do some core. Its fun to have such a big group, the boys are always really chatty, the girls tend to be really focused, but we all get it done. 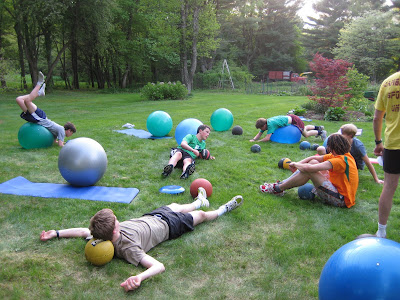 The boys being completely unproductive on the core station. 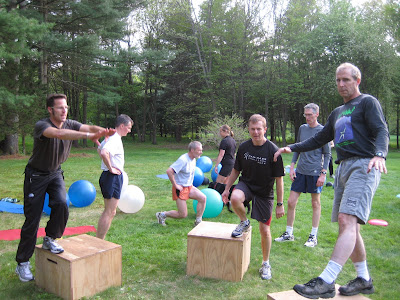 The master guys (or "young men" according to Rob) on the leg station. 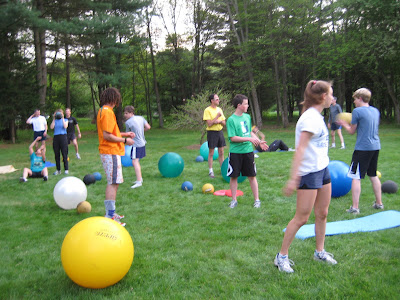 Skiers hurling heavy objects at each other. 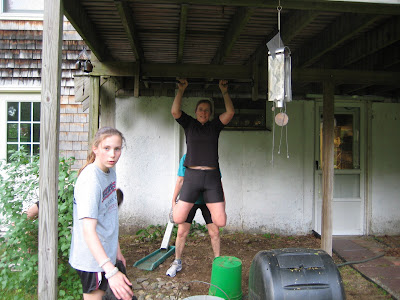 Cathy hammering out some pullups
Posted by Alex at 7:49 AM