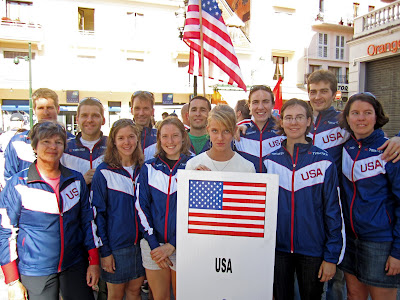 Last Tuesday, I flew over to France, for the World Orienteering Championships (WOC). I'm joining Samantha, Ali, and Hannah on the women's team, and Ross, Jordan, Ken, Sergei, and Wyatt are on the men's team. We spent the next three days getting used to the maps, testing out the terrain. The forest is pretty gross, honestly, good thing we're in France where there is delicious cheese and bread and wine and fruit to make up for it. The whole area is this limestone karst stuff, with scrubby little trees and low-lying dead trees everywhere. The karst is awesome, from a spectator/geologist point of view, but it makes it really difficult to run fast. They have these rocky pits out there, some of which are so deep I couldn't see the bottom. So cool! Luckily, some of the courses went over steep cow pastures, which make for faster running, but contain cows. Some of the cows have horns.

Below is a pretty random assortment of photos from the last few days. I've been taking a lot of photos, but the internet has been sketchy enough that I haven't put them anyway. I'll write about the long and middle qualifier races next... but pictures are more interesting =). 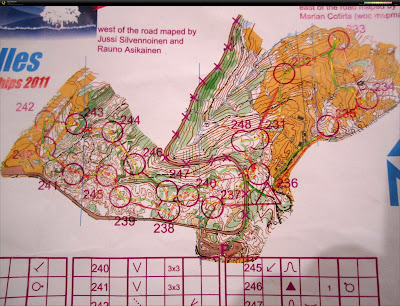 Model map from the long distance test area. The yellow is all the steep cow pastures. 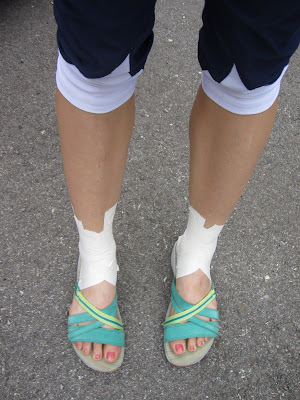 It's this sort of terrain... 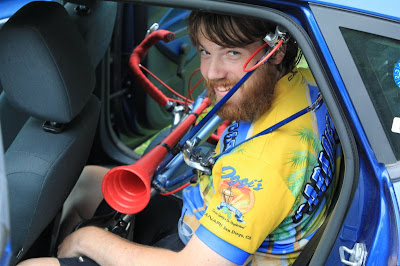 Ed arrived in style. He actually biked from Geneva down to almost Aix-les-Bains, because then his bike rack broke. He'd been carrying about 50lb of gear, lots of it extra stuff he isn't planning to tour with later, and that was just too much for his rack. So, Boris, Greg, and Patrick went to rescue him. Unfortunately the only way the bike would fit was when it was crammed into the car in an unusual way. With a vuvzela strapped to the top tube! 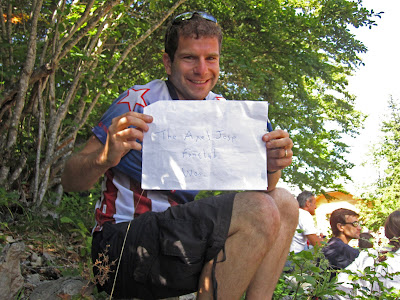 At the finish chute on day 1, I noticed that Francois Gonon had a fan club. I expressed interest in having a fan club of my own, so Boris wrote up a fan club sign for "Axel Josp". Close enough... 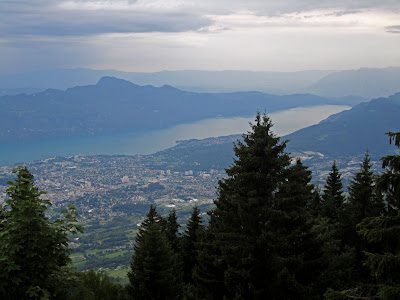 Looking down on Aix-les-Bains from the plateau where we've been racing. 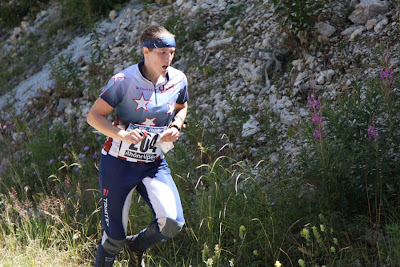 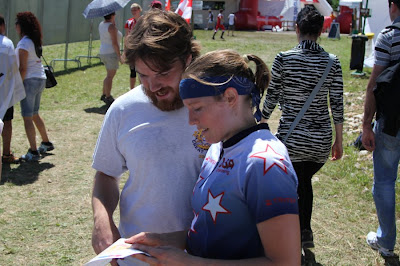 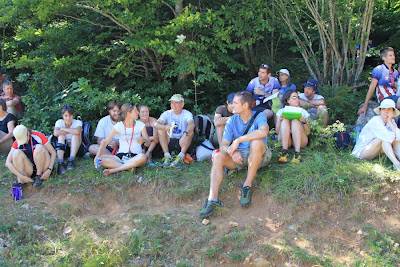 The crew of Americans at the finish of the long qualifier (photo credit Greg). 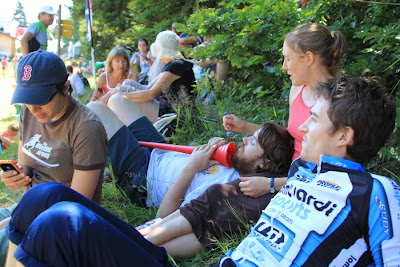 Hanging out in the shade waiting for the men. (photo credit Greg). 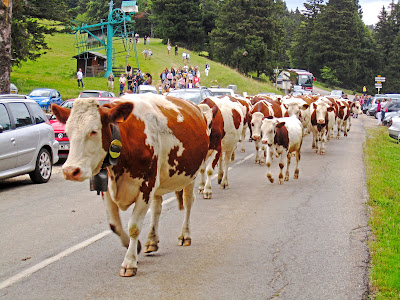 Cows! You can never tell when there will be a traffic jam on the road. 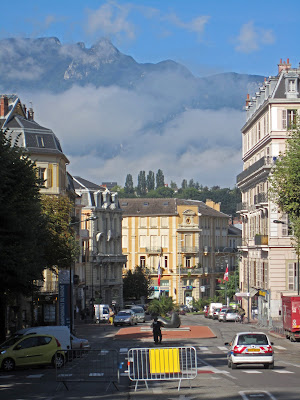 Looking down the hill from le centre ville d'Aix, across the lake at the misty hills. 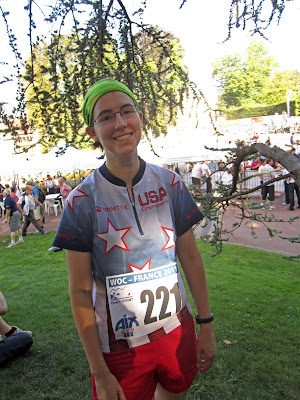 Hannah, somewhat dazed, after her sprint race. The sprint
was cool to spectate (I wasn't running it - just running the long distance and middle distance qualifiers, but I didn't make it to the finals, so that's it, although I may also run the relay on Saturday - Hannah and I will duke it out in a spectator race tomorrow to decide). 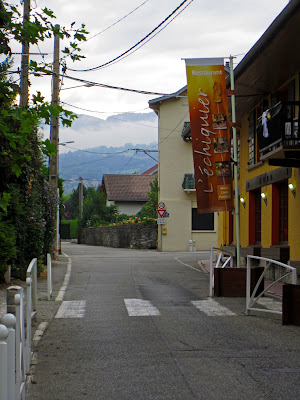 Looking towards our plateau past our hotel. Pretty place! 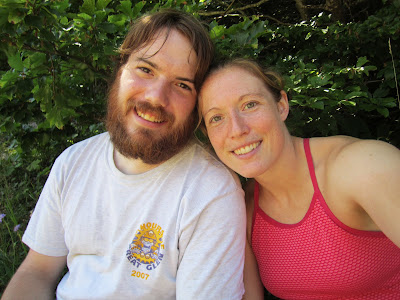