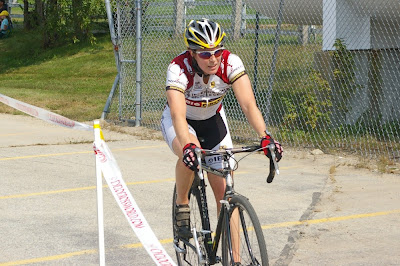 (Thanks for the picture Zoo!) 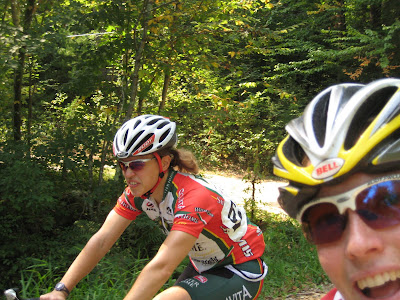 I wasn't planning on racing this weekend, because I was going to help Ed build a chimney in VT. I say "help". That mostly means passing him tools on a ladder. Anyway, he canceled that idea, and I'm glad I raced, because now I feel like I've gotten in a race that I didn't finish with an exploding heart or a spasming back, and it just seems like its been a while since I've finished a race and felt good about the effort. Sucker brook is NOT a good course for me--there are many power sections, and no run-up. Every course should have a section where you have to shoulder the bike. But, its a really well-run race despite its lack of run-ups, and there were cupcakes on the line--Anna and I had agreed that the winner buys the loser a cupcake. A big ass cupcake.

Pre-riding the course I decided that I probably did want more than my usual 20psi (I have no idea how much air I normally have in my tires, but its not very much), since the one "downhill" was kind of rocky and was a long way from the pits. I put air in, but then I rode a lap and felt so bounced around that I took it basically all out again, all the while thinking "I'm going to regret this. I'm really going to regret this". In the end, although I bottomed out twice, I was fine.

1:30 rolled around and I lined up. In the back. The whistle blows, and half the field fumbles with their pedals, while both Callie and I shoot up the road after Libby. I don't really get it--are you unable to pedal with your foot not clipped in? I mean, its not like your crank doesn't work. Anyway, by the end of the first lap, the people within my fighting distance were Sue Mclean, followed by Callie, and then me and Michelle Kirshberger and Cathy. People tended to pass me on the gradual downhill in the woods-I wanted a break, dammit! - but then I'd get them back on the little uphill after the turn and put time on in the sand. I hearby declare myself QUEEN OF SANDPITS! Yeah, I'm a pompous bitch, but I'm also good at sandpits.

Well, eventually I had gotten to the point where I realized that a blowup was in my future, and if Callie kept up this pace, I was not catching her. The significance here is that we have never actually raced head-to-head, the last time she was in New England, she was racing A's and I was on my mountain bike scaring the B's. Mostly, I didn't upgrade because I was scared of racing Callie. Anyway, Michelle caught up to me, and I did my darndest to not let her go. It worked, because she caught Callie, and we were close to Sue. Then Callie disappeared behind me, because as we all know, once someone is behind you, they cease to exist as a threat to your race. There is some fuzziness in my memory after that; I know Michelle and I battled for a bit and eventually Meg Bilodeau caught up, and Sue was disappearing ahead of me and I realized I was doing the backwards slide. I couldn't hang with Michelle, but we had three to go, and Meg was super nice cheering me on, so I yo-yoed with her for a lap or two, mostly just making up time in the sand and losing time anywhere you had to actually use this thing called power.

Last lap, and I realized, I had something left in the tank! It was an exciting realization. I caught up to Meg and I planned to dust her (ha. ha.) in the sand, and keep enough of a gap that her amazing legs couldn't catch me on the pavement. I love how race plans always sound so smart at the time! Alas, after the little bridge before the barriers, I washed out in the turn (the tight one between the little ride-ups). I ran up the ride-up, hopped back on, and realized my seat was twisted. Got back off for the barriers, knocked my saddle back to a straight-ish position, hopped on; chain was off and I couldn't pedal it on. Got off again, put the chain on, grrrrr. Into the woods, it felt too slow, where was Cathy? Convinced she would catch me at any minute, I finally made it to the sand and knew I was safe. Meg and Michelle were gone, but at least I hadn't lost places. I wish I hadn't fallen, but that is what happens in cross when you're going all out and taking risks to go as fast as you can... I ended up 8th, the last pay-out, which meant that I had cash to spare to buy a cupcake for Anna. Who flatted on the first lap and had a loooong way to run. *phew!* 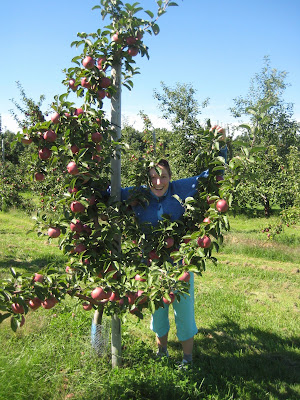 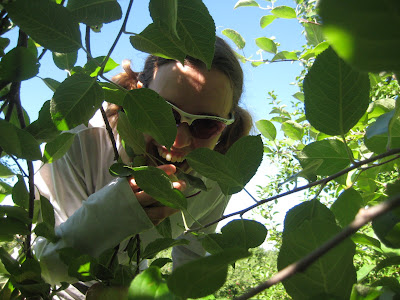 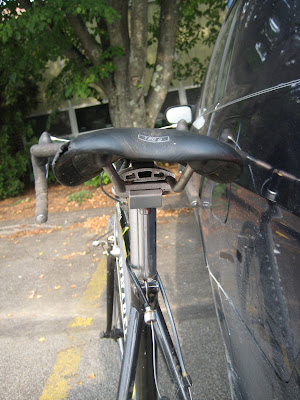 Can you spot whats wrong with this saddle? (Hint: I need a new saddle). I have no idea how it happened. 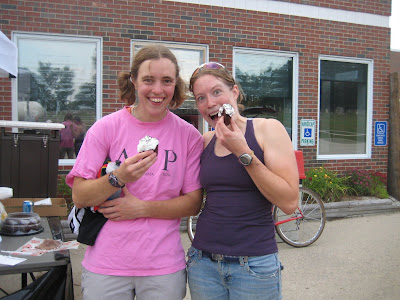 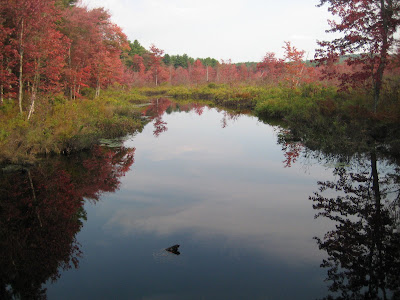 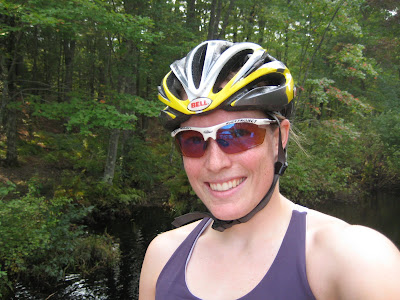 Don't the stairs count as a run-up? A small one at least...

Barely. I mean, you're off the bike for maybe 2 seconds? I want run-ups like Putney! Or nationals, when they were in RI. Or Chainbiter. They do a great job at Sucker Brook given what they have to work with, though.