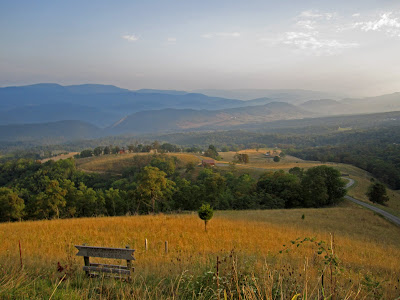 Part of my job involves electroshocking fish, so for the last week, I was down in West Virginia working on collecting data for a study that is trying to show that culverts that fail passage according to a survey, also fail passage based on the genetics of fish on either side of the pipe. Interesting stuff, but it involves lots of electroshocking. I headed down there with three others - Matt, Maili, and Jeff. Our trip was cut on both ends due to rain, unfortunately. Irene delayed our departure by a couple days because Jeff was stuck in VT, and tropical storm Lee rained us out early on the other end, since the capture probability goes way down in heavy rain. The good news is I got to come home early! The bad news is we have to go back there next fall. 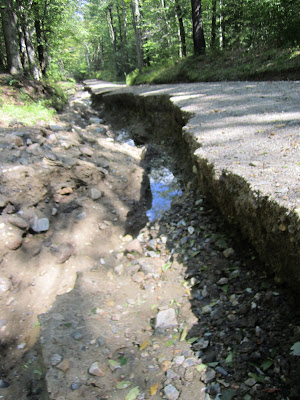 Thanks Irene - I had to drive down that road! 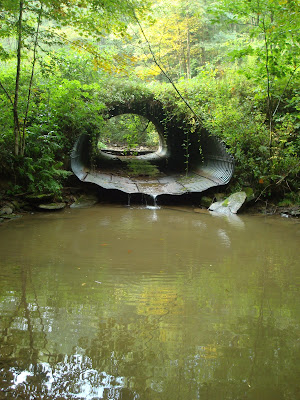 yeah... not ideal. This one failed passage. 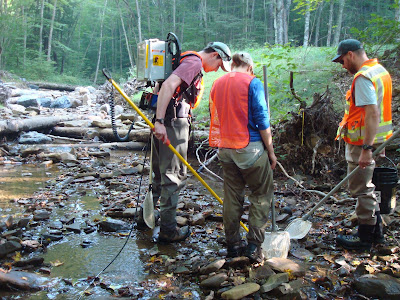 Measuring fish. This should be an advertisement for waders, or something. 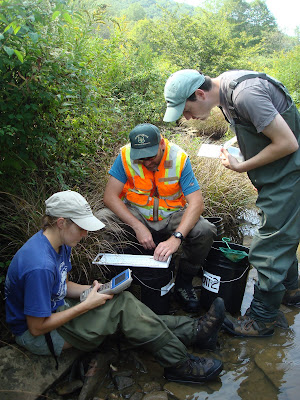 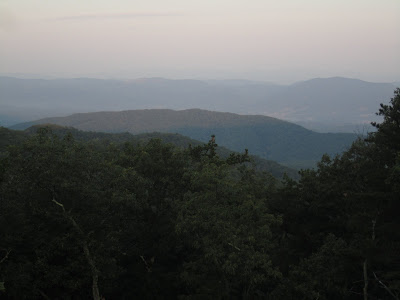 WV was very pretty, but often very misty, especially in the mornings. I'd sort of been hoping to see some mountaintop removal sites or something, but I guess we were in the wrong part of the state for that. Just logging. Not even any huge chicken farms! 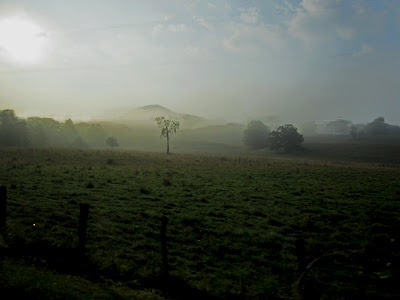 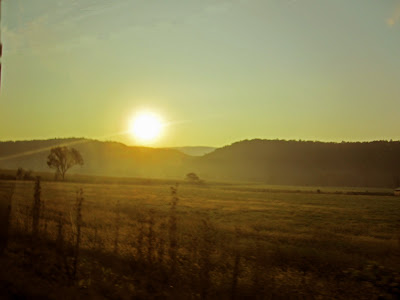 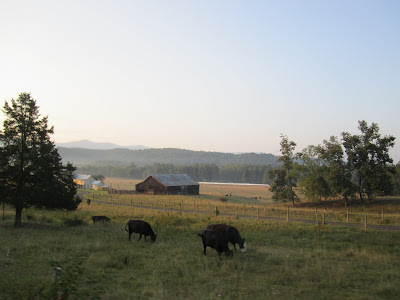 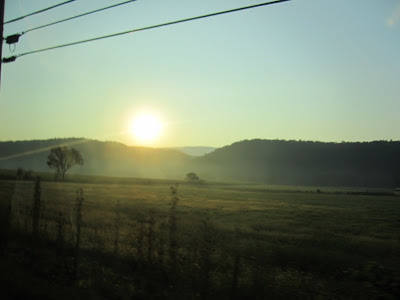 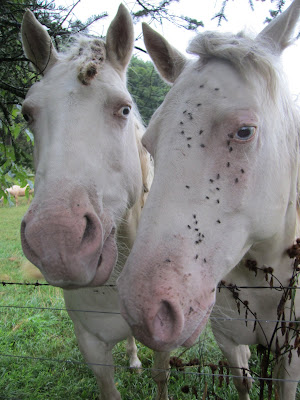 We stayed at the Monongahela Ranger Station, and there were horses next door. They seemed somewhat neglected, with knotted manes and flies and no shelter for when it rained. 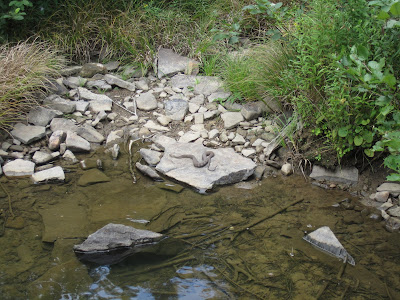 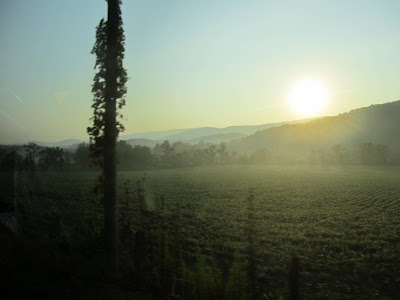 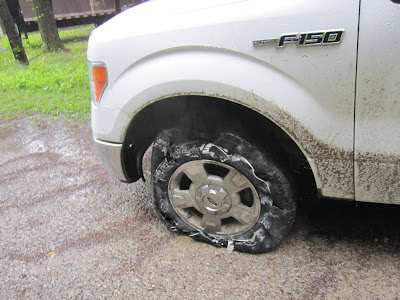 We managed to get a flat tire, naturally on the day we were planning to go in to town. This wouldn't be a big deal, except apparently someone removed the jack from the truck, and we were 10 miles down a dirt road into a national forest in a torrential rainstorm. Some driving, very slowly, and a lot of hiking, ensued. 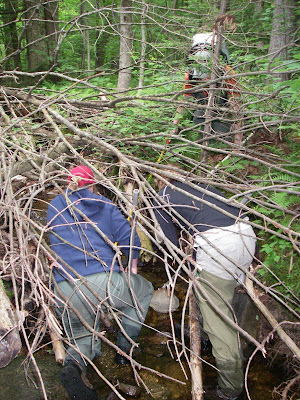 Sometimes, the shocking is easy. Sometimes, less so.
Posted by Alex at 12:05 PM