After Team Trials, Ed and I had a week to kill before two our favorite people married each other in Tahoe, so we decided to stay out in California and have an honest-to-god vacation, where we had nothing planned, no crazy adventures, and tried acting like normal people. I don't think we succeeded in that normal part, but it sure was fun to just relax and do stuff for us without needing to always be rushing around and doing stuff for other people. Lots of friends, tasty food, and manageable adventures last week, and I feel pretty refreshed, despite the usual onslaught of catching up that happens after a vacation.  Woo! 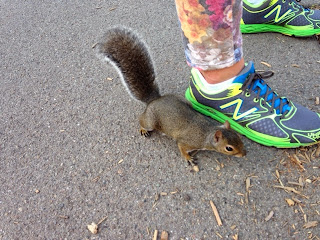 Not too many photos from our time in San Francisco, but that's ok, because apparently you're allowed to have fun even if you don't take photos of the fun.  I got to see Olga, but only got as far as taking a photo of her shoe with an uber tame squirrel next to it.  Hi Olga! 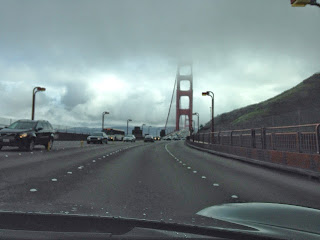 We drove a very practical car (for windy roads, perhaps) out to Mt. Tamalpais for some hiking. In the rain and clouds, but it was still a lovely day for hiking. 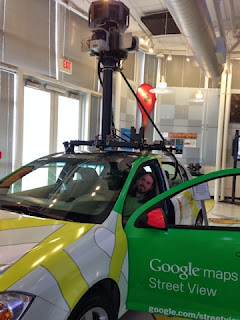 This is Ed in one of the Google streetview cars.  We found it in the Computer History museum.  Guess whose idea that one was? 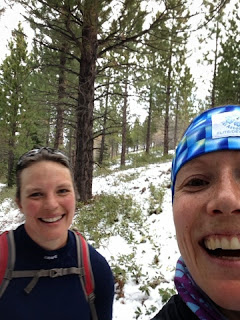 Then up to Truckee!  Zan and I went running, and may have taken a lot of photos, but that was a gorgeous little trail that we had found, enough that we had to do it again the next day with a bigger group of fun people.

Ok, I admit, this place is beautiful. 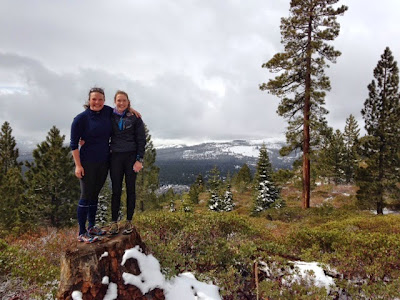 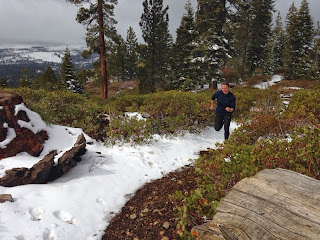 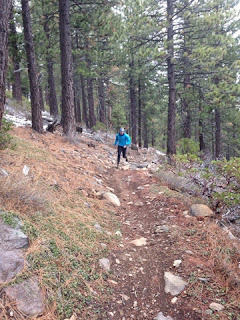 Don't you just want to go flying down this trail? I did! 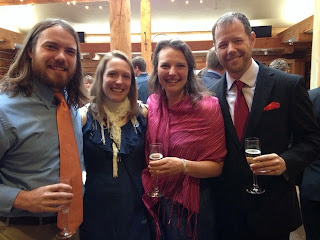 Exchanging muddy sneakers for high heels, we tried to clean up for Greg and Carol's wedding. 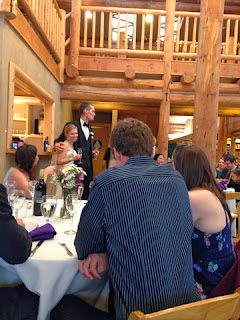 This may have been just after Boris and I set up a micro-sprint for the bride and groom inside the wedding venue; pretty entertaining and they both seemed to really enjoy it.  Carol won, but only because people kept getting in Greg's way... 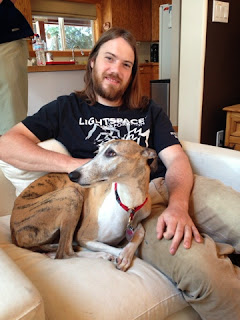 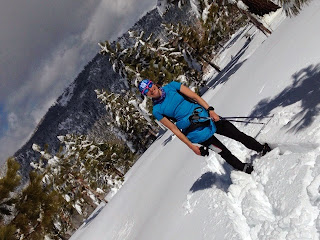 Wedding night, it snowed a foot, so naturally most of the wedding party were out skiing the next day. The grooming was shit (like, worse than weston, and the trail pass was more expensive), but the day was pretty awesome.  Teeshirt skiing ftw! 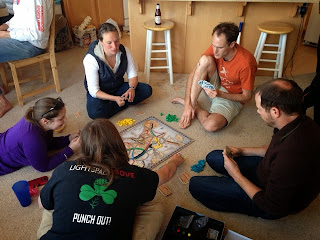 Then more game playing.  All in all, a pretty awesome week.