Virginia and Kristen got married last weekend, and Ed was their local contact, since they're in Ohio and hes closest to Vermont. I did my best to not really get involved at all, meaning Ed did all the heavy lifting and I was quality control. It was a beautiful ceremony and a great party, complete with a Lightspace LED floor that Ed brought up from Boston, a band from Cincinnati (I've already forgotten their name, but they were really good), and Bullitts from all over. Poor Kristen's family...

Friday night was the pig roast, courtesy of Rob (a cousin), and the wedding was Saturday. And I did a bike race Sunday, but thats a different post. 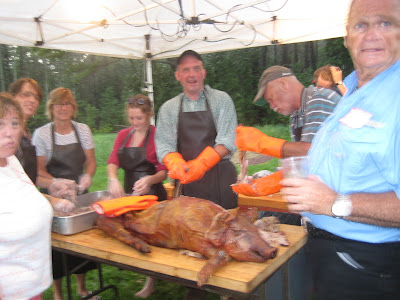 Rob pulling the pig during the pig roast Friday night. Later, Ed tried eating the brain, and was very proud of this fact. I tried a kidney, but that was as exotic as I'd go. 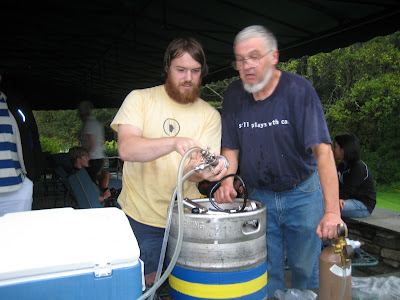 Ed and his father puzzling over their beer-chilling-thing. The beer ran from the keg, through tubes that were kept in ice, out a spout. 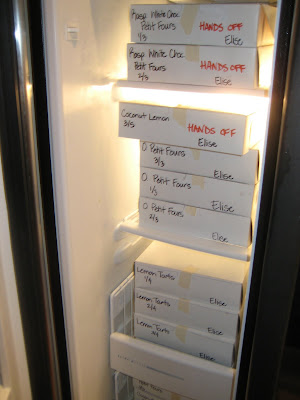 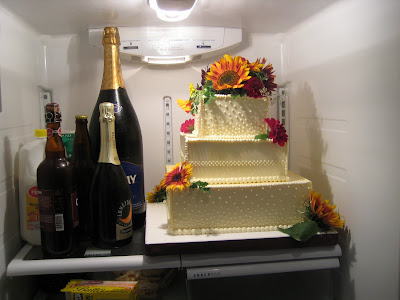 The wedding cake itself, next to the beer for special people - a three liter bottle of Chimay! And other good beer. 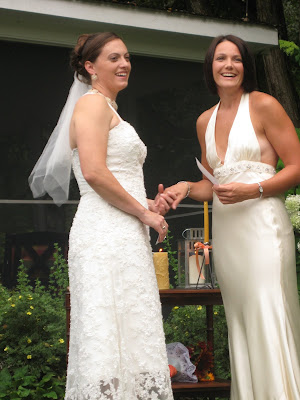 The girls looked gorgeous, and the ceremony finished just as the thunder started rolling and the rain drops started coming down. Luckily we had a covered veranda and a big tent over the dance floor, so it was all good. 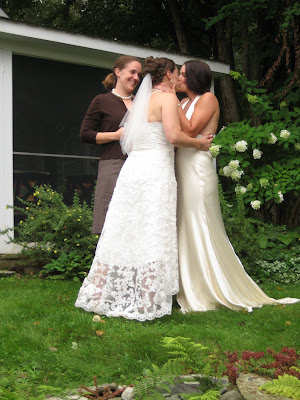 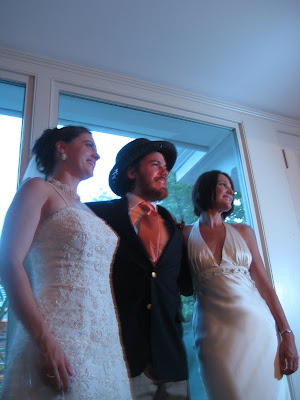 Somebody gave Ed a silly hat to wear during the photos... 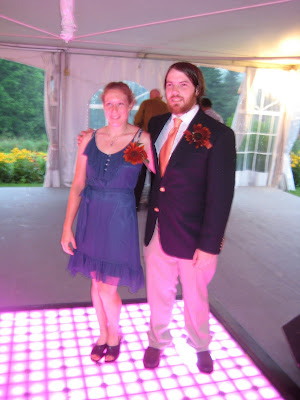 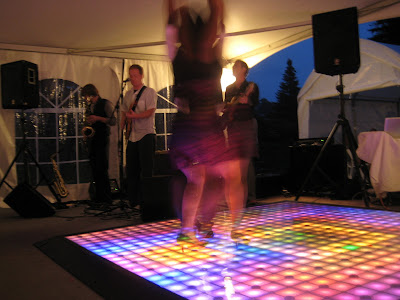 Shortly after the band started playing my camera died, otherwise I would have had some actual good shots of the floor with people dancing on it.
Posted by Alex at 12:15 PM