Yesterday was the sprint relay here at Lesnoye, with one team per country, consisting of one man and one woman.  Ali and Scott represented the USA, and skied admirably, but unfortunately, Ali went to the wrong control during her second leg (each skier does 3 separate loops, tagging off in between), disqualifying the team.  Sprint relays are super frazzling events, with lots of people around and you're going full bore the whole time - the whole thing seems designed to beg for a mispunch.  Bummer, but if not for that, would have been a really nice result! 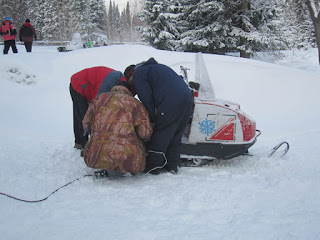 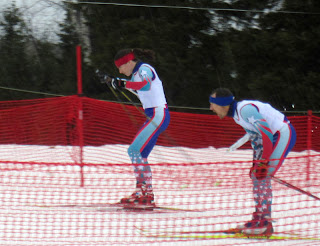 Here is Ali skiing off just after Scott tagged her. 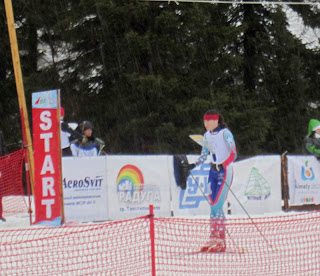 Here is Ali, waiting in the pouring rain in the tag zone for Scott to come through - I stopped taking pictures after this, to not kill my camera in the rain.  I also wore a plastic bag all day, and that made standing around and holding jackets and buffs much more pleasant.

The day after the sprint relay, we had a rest day, so of course we all headed out running in the morning, and then it was time for a cultural excursion to Ridder City.  We went to two museums and hit the downtown Ridder for some shopping. 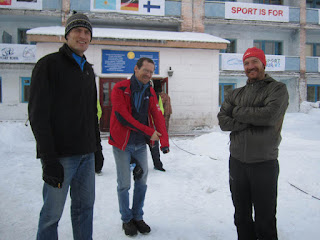 The men's team, waiting for the bus. 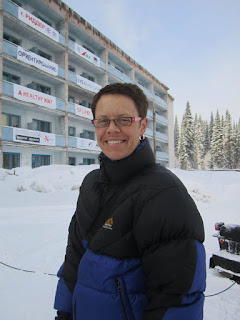 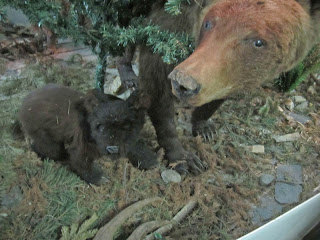 At the first museum, we saw a pretty sad collection of stuffed animals - I liked the baby bear. 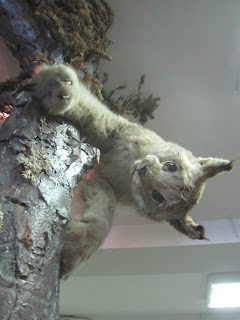 And the bobcat thing, hanging on a tree above the visitors in this two-room museum, that combined natural history with Kazakh history with other random stuff about Kazakhstan. 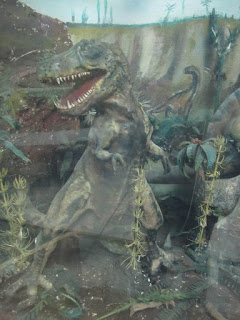 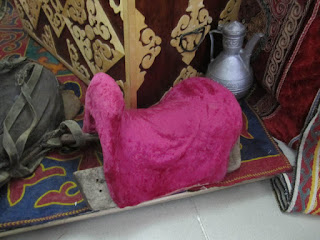 There was a yurt, with a pink fuzzy saddle! 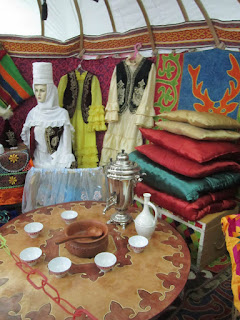 More stuff from inside the yurt. 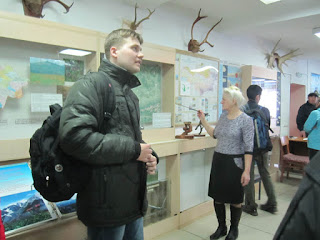 The guy we've dubbed awkward translator, because of his awkward mannerisms, and the docent, with her single chopstick to point at stuff. 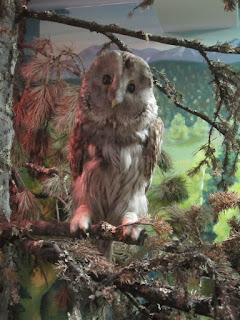 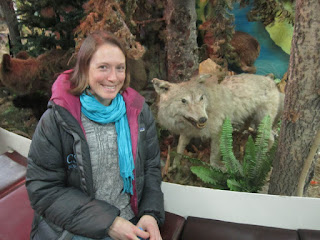 I found a wolf. 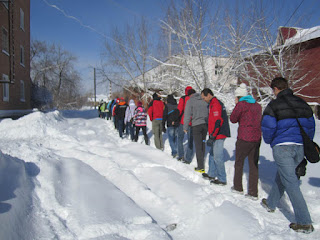 Then we went to another museum, this one about Kazzinc, the factory we pass on the way to Sinegorye when we went there to train, that mostly deals with zinc.  Above is a bus-full of internationl athletes ready to take in some propaganda.  "everything from the factory just goes into the river - it is very clean!"  Oh, really? 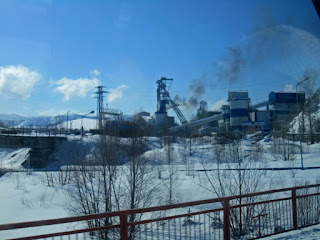 Here's the factory as we drove back to Lesnoye. 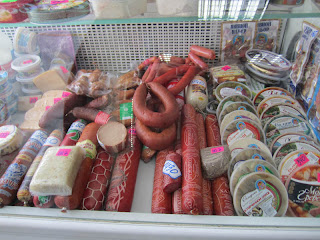 Then we went into city, and there we found a food store and a souvenir store - here we're looking at sausages, fish, and mystery meat. 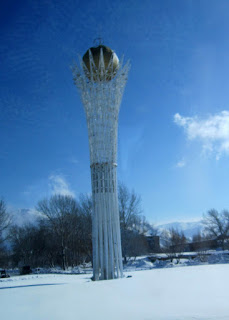 This is some sort of Kazakh national symbol - apparently the one in Astana is HUGE.  It's either a fruit tree or a golden eagle egg, depending on who you ask... 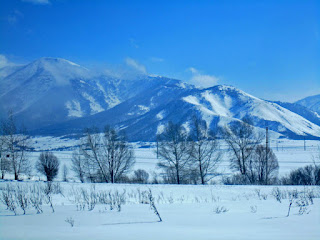 We finally got some sunshine (and new snow! after all that rain...), so the views of the Altai mountains were great. 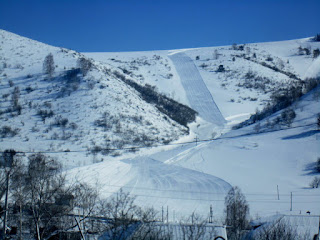 A downhill run!  Just one. 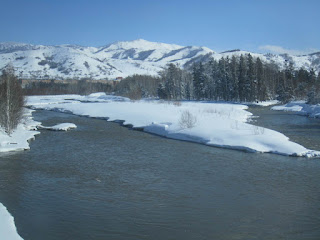 This is the river with the super sketchy bridge crossing on our dead-end road to Lesnoye.  The river was about half the size when we crossed it a week ago - has been a LOT of precipitation coming down, combined with super warm temps.  I'm just glad the bridge is still there. 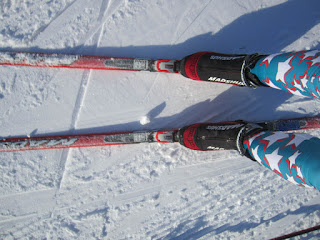 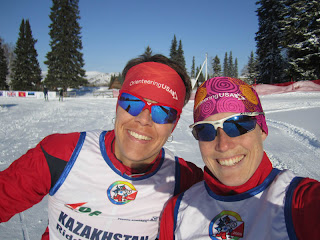 Anna and I enjoying the sunshine! 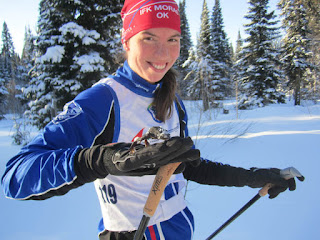 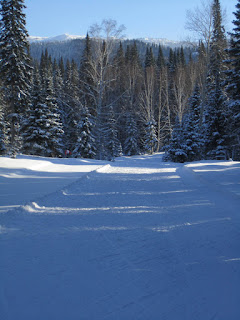 Nice views when it's not snowing or raining.

Why are they BBQing the GPS loggers?

Also, did you get some close-up pics of the jumbotron?