I'm not very good at taking time off between seasons.  I've never been good at it, I've never liked taking time off, and a few years ago I decided that I may as well just do what I want, rather than moping around and getting bored.  So I gave up with the whole off season idea.  I did, in my defense, take two weeks of unstructured training this year.  But now it's straight into orienteering season!  Wahoo! 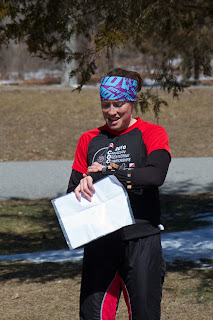 Becky, an elite British orienteer currently living in New Haven, was planning a training camp for American juniors last weekend, and since I finally had a weekend off, I volunteered my services as a coach, provided I could get in some quality forest training of my own.  The weekend did not disappoint, and we had a hearty crew of ~20 juniors, from 8 to 20 years old, doing a whole variety of training exercises.  Saturday morning started at Osbornedale park, and after a lunch at Wendy's (options were slim, and it was a better choice than buger king), we moved on to Ansonia Nature Preserve.

Saturday evening, Becky's crossfit gym did a nice intro to strength training for us, and then we all reconvened at Becky's house for a barbecue and an early night.  Sunday we were at Gay City park, and by mid-afternoon we were all eating pizza and then heading home.  Short and sweet, but some good improvements by all the juniors on their technical orienteering, and hopefully a better understanding of what is required physically, too.

Dave Yee was taking a bunch of photos, mostly of the warmups, that I've posted below. 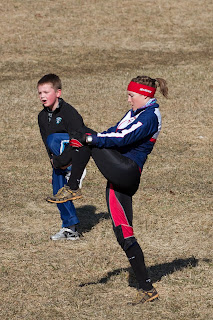 Merrick was only 8, but when asked how long he'd been orienteering, he said "yeah, I'm pretty much a pro by now".  Yeah confidence! 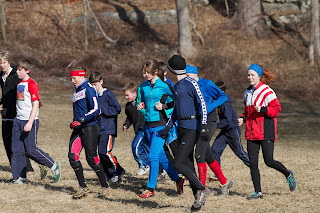 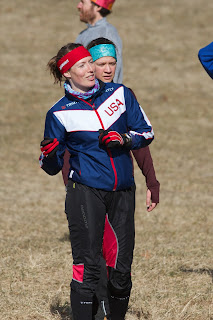 I have two heads! 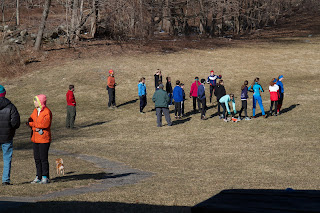 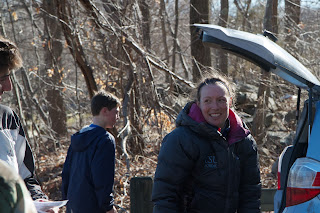 It was cold, despite being sunny. 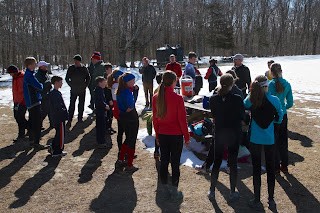 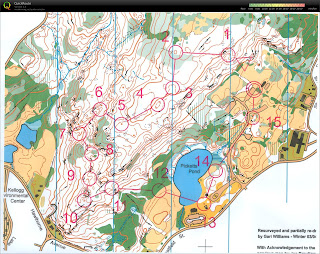 Contour course at Osbornedale.  I was shadowing Izzy, and she did very well, with some very mature thought processes and good show of technique. 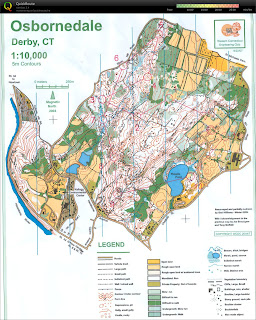 Route choice exercise, where I was shadowing Anna B.  I think I gave some good pointers, hopefully they stick =) 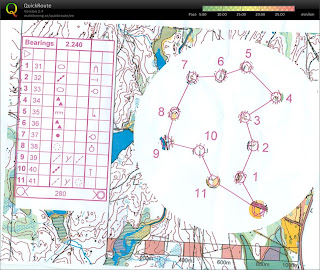 One of the trickier exercises at Gay City on Sunday.  I managed to almost nail them all... almost. 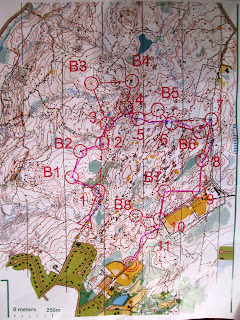 Peg relay from Saturday afternoon.  This was an awesome exercise.  It's a mass start, and at all the decision-point controls, there are a number of streamers tied on to the actual control.  If you get there and there is still a streamer, you take the streamer, and you do the bonus controls.  If there are no streamers, you go on to the next numbered control.  This means that the faster people keep having to do more distance, and mixes up the results nicely! 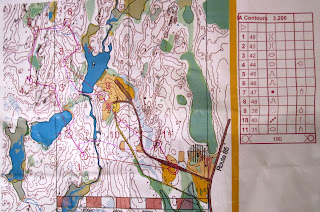 Contour-only (almost - mostly just trails and stone walls were removed) exercise at Gay City, that I snuck in before heading off to shadow Anne on a route choice course.

Now back in Boston, I've decided to extend the training camp into a stay-at-home training camp, that I'm calling o' week.  The goal is that every day of the week I get onto an orienteering map, and have good focus for the entire time.  I obviously try to get on maps as much as I can most weeks, but it's nice to have a time-limited goal like this, because you know the early mornings and tired stabilizer muscles will stop soon.  It's been pretty fun so far!  I've been into Hammond Pond twice already this week, onto a sprint map of Longwood, and today and tomorrow I'm hitting up the Fells.  To make the week even more fun, Weston still has snow, so we snuck in one last Tuesday night race (maybe we can get another week... maybe), and also a sweet game of speedball with some CSU and EMBK skiers last night.  So much fun to be had! 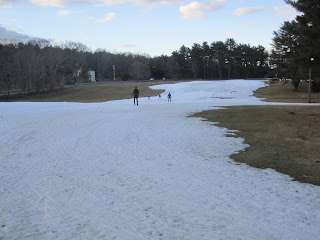