Last fall, I decided that it would be a good idea to hold an urban orienteering event, that ran all over Boston and used our city's interesting history as clue points.  Permit acquired, this vague idea came to fruition on Sunday, when about 30 people (my advertising effort was pretty weak.  I've been busy) gathered on Boston Common, for the first (hopefully annual) Tour de Boston.  There were three courses: the mini, the half, and the full, full being a full metric marathon.  Definitely the most takers on the half course, though we had five stupid souls sign up for the full.  Everyone seemed to have a good time, which is really the whole point of silly activities like this.

I meant to take photos of the start and people running and stuff, but all I ended up doing was taking photos of Presto, Lori's dog. 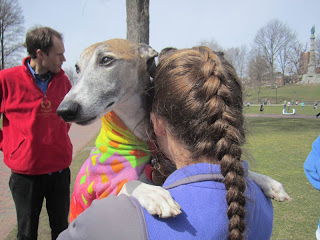 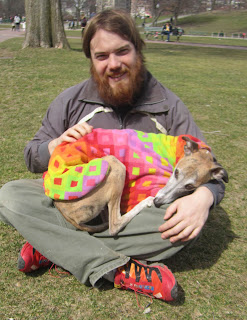 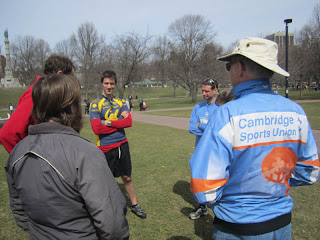 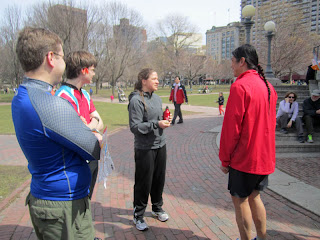 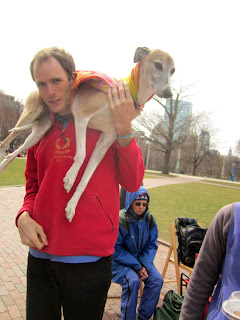 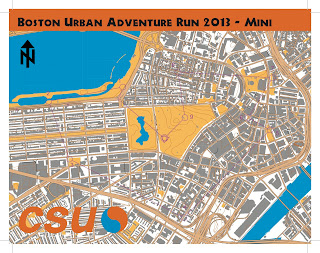 This is the map for the mini.  Took a nice tour around Boston, with some historically relevant questions, and some totally random ones. 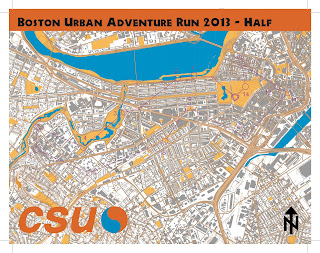 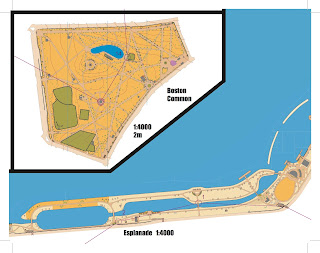 This is the back of the half map, with some insets from Boston Common and the Esplanade.


This is the map from the half.  You got out a little further, and then finished up on the same points as the mini.  Lori won the mini, barely sneaking ahead of Stephen, who won the half. 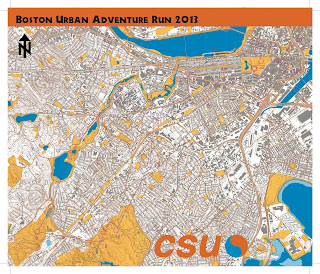 This is the map of the full - they went all the way down to the arboretum and Franklin Park, and then back.  First place for that course was Peter Gagarin, in just over 2.5 hours for 27km. 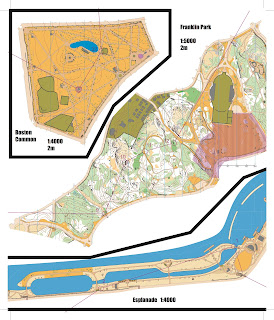 Here is the back of the full map, with the inset from Franklin Park, Esplanade, and Boston Common.
I think we all had enough fun that this should become an annual event, but next time I want to run in it too!

Oh, man, this sounds like a blast. Do it on a day when I don't have two other things going on and I'll definitely come. And probably do the long race. I would have done ski/TDB but there was no way I was getting from Windblown to the Common in 25 minutes.

BTW, the November Project "hash" run was pretty wild and kind of O-ey. They sent people out 10-15 minutes ahead to mark the course with chalk and some white powdery substance, then everyone else ran out after them following the course (one of whom got to the Common 2 minutes before the run and 1:45 after taking their skis off at Windblown, including going home, changing and taking the T). We chased down the "hashers" and once we caught them grabbed some chalk and helped mark the route for everyone else. And what was the white substance to follow? Two of the "hashers" had 5 pound bags of flour which they spread along the road. It worked surprisingly well.

Ugh it is pouring rain now.