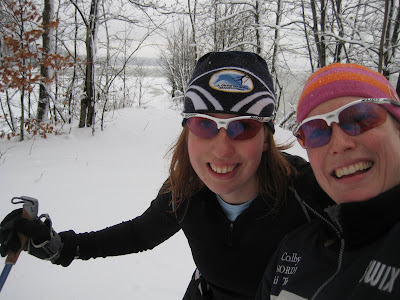 Originally, Jess and I planned on being up in Canada for Thanksgiving, because they were having Noram races in Quebec and Foret Montmorency normally has really good snow. However, the snow situation was looking pretty thin, there, and they cancelled the Norams, so, we cancelled our plans and converged on Salmon Hills. Salmon Hills is on the Tug Hill plateau, and gets whoppered by lake effect snow as the warm air from the Great Lakes comes galloping eastward and drops its load as it hits the cold interior air. So they already have a lot of snow up there, but they're getting another foot tonight. It isn't often that I get to use my race skis on my first ski of the year!

Long slow drive to get up there from Rochester, but it was worth it. It was snowing, big heavy flakes making a wet snowpack, 34 degrees and snowing, time to classic ski! Lets just say I missed the wax first time around. 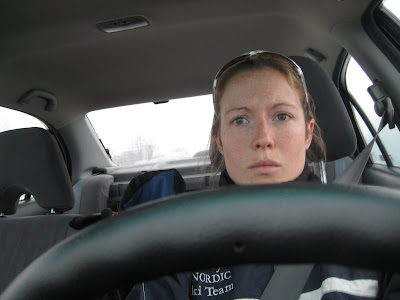 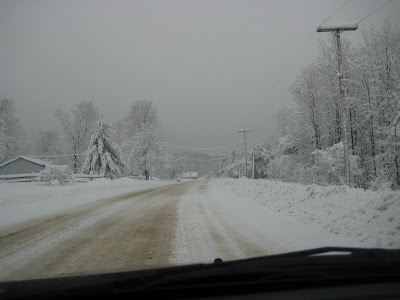 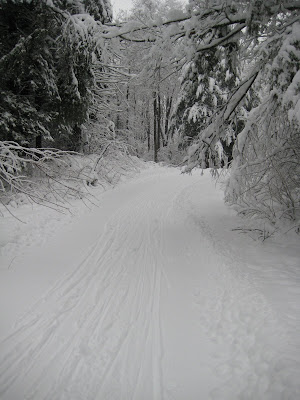 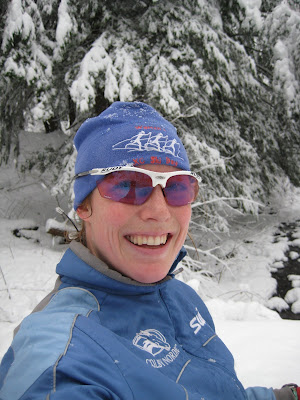 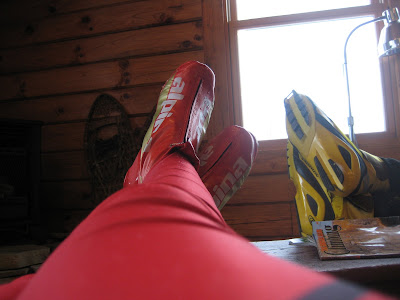 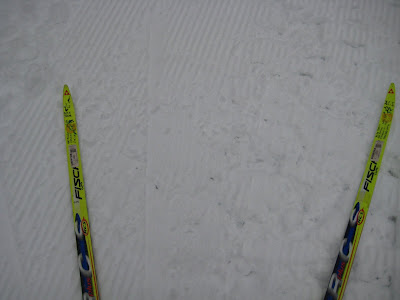 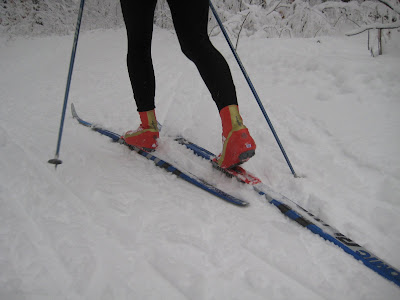 The skiing is here. The skiing is good. Rollerskiing in Boston is going to suck mightily after this.
Posted by Alex at 9:17 PM

Guess what? Foret has really good snow too. And I'll be the NorAm people are feeling really silly right now having cancelled their races.

yeah, if they hadn't cancelled the norams, we would probably be there. But they had to make what they thought was the right decision at the time...

See that's the trouble with seeking that early skiing.....you have to come back home to reality and the suckiness of rollerskiing for a few more weeks in the cold.....poles slipping, rattling rollerskis, cars....as for me, I won't know any better!

The rollerskiing is AWESOME this weekend!

Holy cow: JEALOUS. I hope at least your legs were wrecked after all that *actual* skiing. We're still a couple inches away from been rock-skiable here in southern Minnesota, but I'm hoping they'll put a new Great Lake in near us to generate some good early-season snow next fall.

Glad it was worth it and that you had an amazing experience!