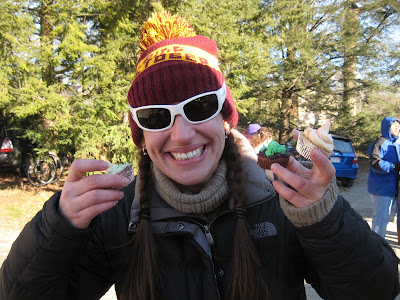 Everyone was in a great mood saturday. It was chilly, but sunny, and I showed up to the race, put on by Colin, Thom, and IBC, to sell some cupcakes. 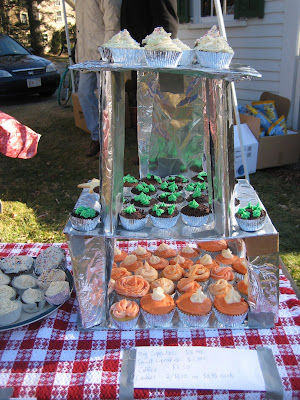 This is what I call "the cupcake palace", and it is made using Alex-logic and copious quantities of duct tape. Ed was convinced that it would collapse, but it stayed up! Only the highest-quality materials were used in building this monstrosity... titanium and carbon fiber, oh yeah!

I had a great time, not racing, just watching, heckling a little, selling my wares, bartering for real food with cupcake food. I would have liked to race, by the time I got there I was wishing I'd put my bike in the car, but it was better that I didn't. I don't think I saw a single person there who wasn't smiling, although not everyone was smiling quite this much while racing... 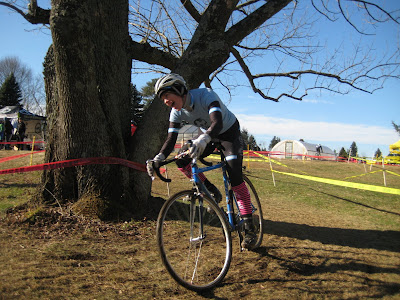 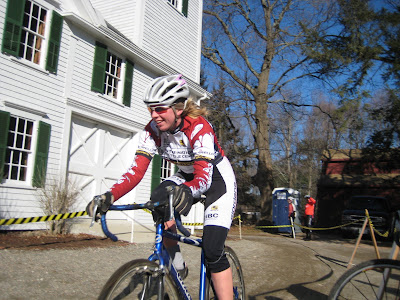 Cross season is over now. Not that I partook in any of the racing-fun since Noho, but I will miss it nonetheless. By next July, I'll be wishing I were riding my cross bike... cursing myself for not racing more than I did. 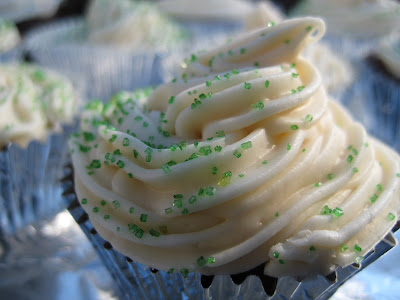 But its ski season for real now, despite mother nature disagreeing with that point... Sunday featured a one-day-surgical-strike for the Craftsbury Opener. I'll get to that later. For now I'm just getting pumped to ski on 300 meters of snow on red klister. Woot.
Posted by Alex at 7:55 AM