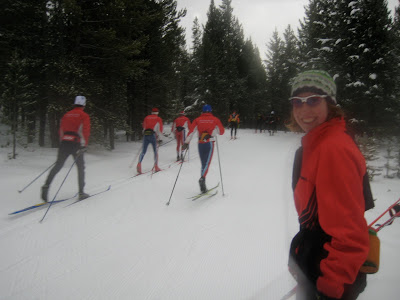 Due to the nature of Thanksgiving travel, things got messy at the airport - no charge for the skis (woot!), but after we boarded the plane to get to Denver, they announced that they'd found a leak in the hydraulic pump, so were replacing it. One hour later, the engine starts up, and I'm feeling hopeful. Not a long delay, a good chance of still making the connection to get to Bozeman, but then the engine shuts off. The captain comes back on the intercom and informs us that there is now a fuel leak in the engine, game over 'til that gets fixed. Statistically, planes may be safer than cars, but there is no such thing as a fender bender in a plane - accidents are serious. 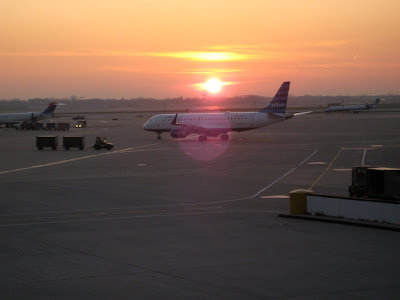 Luckily, there was a flight to Bozeman out of Salt Lake, via Chicago, so with about ten minutes to spare, they put me on a new flight. Naturally the skis didn't make it. Six hours later than I'd planned, I got to Bozeman, where Jess was patiently waiting for me, and we negotiated our way up the slippery canyon to finally find our beds by 1am. Ooof.

Thanks to an east coast circadian rhythm, we were up early, a little tired but ready to go skiing! We quickly sorted out how to maneuver these long, wheel-less rollerskis, and soon were humming along, albeit at a rather glacial pace to try to stay in zone 1. This altitude stuff is no joke! The snow here is awesome, no rocks or dirt that I could see, and it was the perfect weather for skiing - some sun, cold snow, but not too cold and no wind. I'd forgotten how much I love skiing, there is such a sensuousness to it that you just don't get on rollerskis - whatever it is that people define as snow feel, I've still got it, and there is really just nothing to rival the feeling of gliding.

Huge thanks to Jess for lending me all the ski clothing... jeans just weren't going to cut it! 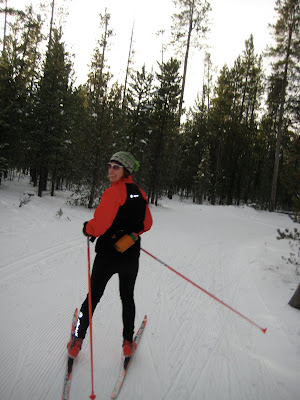 My camera fell into the snow lens-first (I swear, it did it on its own), so most of my pictures today have an old-school sort of feel to them... I kind of like it. 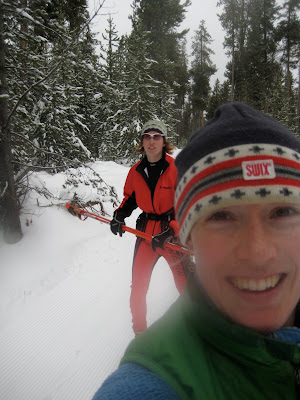