I made it to Japan after 30 hours or so of travel. 14 hours on a plane is a looong time. The highlight of the trip was sitting in the massage chair at the brooks store. Are you supposed to buy things at those stores? I thought you just got free massages! Also, my wax box apparently looks like a box of C4. I got a little worried that they wouldn't let me through with it, but I convinced them that my wax was harmless. Just don't eat it. 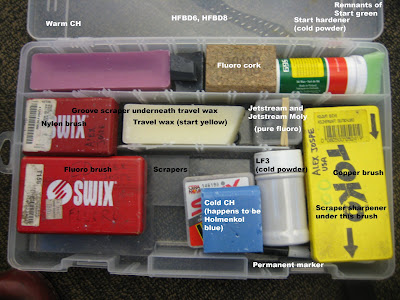 Saturday I went up to Waterville Valley with the Bermans. A beautiful bluebird day. First time up tripoli, kick was quite good as it was in the shade, I was on such an endorphin high, it was fantastic. L2, just kicking and gliding and MOVING, there really is nothing to beat moving your body in a skiing motion. Especially while classic skiing, that movement is just right. The little nuances, subtle weight shifts that make the ski glide three inches further, perfect cooridnation between upper body and lower, breathing in rhythm with everyhting, sun beating down, melting the death cookies in the tracks as I glide over them. Poetry in motion. Yes, it is. 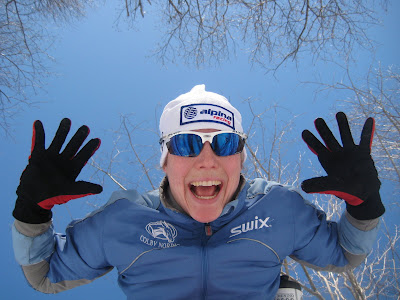 Now I'm on the other side of the world, and the skiing is just as wonderful. The first thing I did when I got here was to buy some sushi and snacks. The sushi snacks are awesome, you pull off the plastic and the seaweed had been held separate but as you pull the plastic out it puts the seaweed on the rice... hard to explain. It was just awesome. 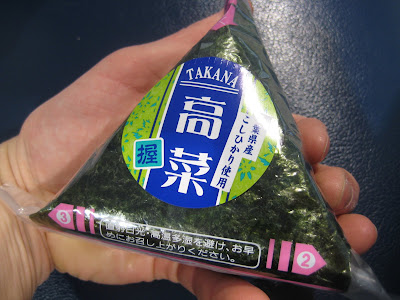 The Tokyo airport is an airport, just like anywhere else, but what I thought was cool was that all the escalators and moving walkways are motion-sensored: you walk through a little thingy that notices thtat you're there and starts the escalator, and then it goes until you get off. Genius!

And then I bought a bento box of sushi. Sushi! In Japan! It made me happy :) 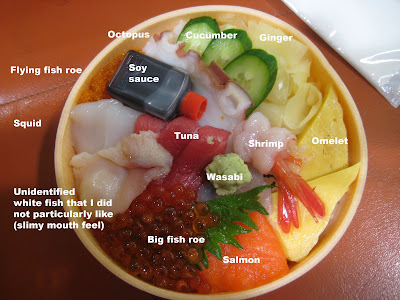 Tomorrow is the sprint. The trails here are narrow and steep and there is a lot of snow, so hopefully it will go well with no broken equipment (or bones).
Posted by Alex at 11:21 PM

Good luck out there! Japan is really cool...since you're in Hokkaido i would say you should visit Hakodate, but thats probably another 3 hours south of where you are, or even more.

Your photo of Sushi made me happy.
Until I broke a tooth trying to eat my monitor.

I'm going to go now before I say something totally ignorant regarding Godzilla and Toshiro Mifune films.

Alex, awesome race in the sprint! The splits claim no big mistakes, and the result is great! Is this the best ever placing by a US Ski-Orienteer ever at Ski-WOC? Great job and kick butt in the long tomorrow.