Its been three weeks since I sprained my ankle, and the damn thing was still swollen before the camp. Needless to say it didn't improve with 14 hours of orienteering, but I suppose the one saving grace was that the Harriman maps are just so technical that I couldn't move very fast for much of it. But it was still stupid - nay, STUPID - to go to the camp, from an ankle-recovery standpoint. The third day I re-twisted it - not badly, but it certainly didn't help matters. I'm actually surprised that I made it that long before rolling it a second time, especially just using tape rather than an ankle brace - tape stretches as it gets wet.

Anyway, the camp was fun, super informative, and super motivational. Thierry Gueorgiou and Francois Gagnon were there - Thierry is a multiple-world champion in the middle distance and Francois has been up there too - along with two other French orienteers who aren't half bad. The real eye-opening moment was watching Thierry move through the woods - absolutely unbelievable. I might be able to run like that if my legs were 5 feet long too... but I doubt it. 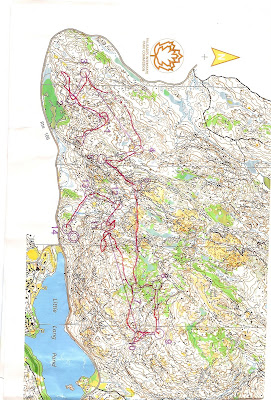 Here is the map from the Team Trials in 2003 - we re-ran it to see where we would stand. I would not have made the men's team back then (duh), but I didn't finish last. The red squiggly line is my drawn route, you can see that it doesn't exactly go straight to each control... but I was pleased with my few clean routes on that map. There is just so much detail, it pays to be good at simplifying. I'm horrible at simplifying, I do ski-o maps, which are simplified for you, you just follow the green lines... here there are rocks, and patches of mountain laurel, and ginormous blueberry bushes, and more rocks, and cliffs, and the maps are accurate enough that pretty much every feature out there is marked on the map. It took a lot of time (oh, 12 hours on the map or so) before I could really relate the features I was seeing with the map. Most maps I run on are much simpler, and there are just fewer features in the woods to begin with. Anyway, running here made for a unique, interesting, challenge. 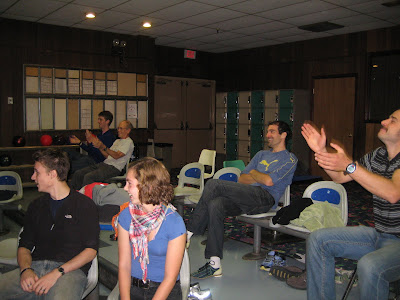 We went bowling the first night, and I'm pleased to say I finally broke 100. I also beat Thierry, so now I can say I beat a World Champion. Or something like that. 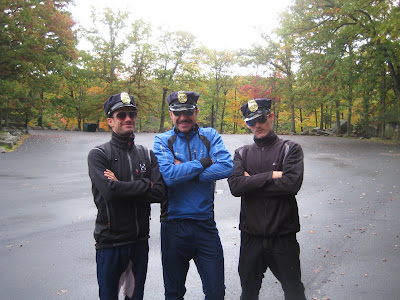 Thierry had been doing all the driving, and Friday morning the French guys showed up a little late to training. Apparently they're just fast at everything, since he'd just gotten a speeding ticket for 64 in a 45. The next day, they arrived with plastic policeman caps and aviators... except for Thierry. I think he was bitter that he had been the one to get the ticket. 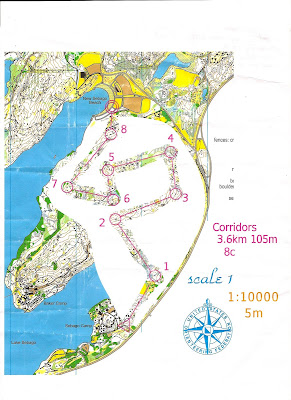 This was the corridor exercise that we did Thursday afternoon - the idea is that you follow a very straight line and pay close attention to the features that you're crossing, because you can't relocate off of other bits of the map. I am apparently atrocious at using my compass correctly. 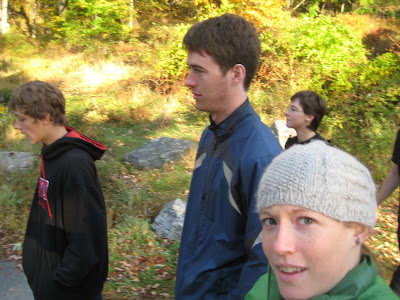 Walking to the start of the Highlander - Sunday was a race, 26km straight-line distance, and while I wanted to do it, I did the one smart thing I'd done all weekend and did not race. Brendan was also gimpy, so we walked to the start to take pictures, and then did a map hike - basically you walk a course, stopping wherever you need to, to really figure out the terrain. That was super valuable for me, and things were making a lot more sense afterwards. 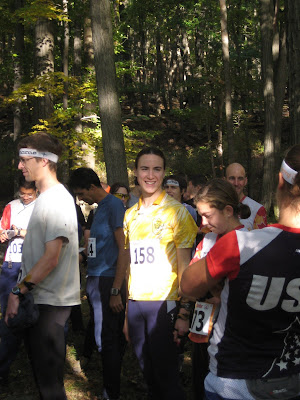 Ali Crocker, an ex-skier-turned-orienteer-becoming-ski-orienteer - she is going to give me a run for my money in ski-o this winter if she follows through with it. If you're from the skiing world you might recognize her name. Damn good skier. 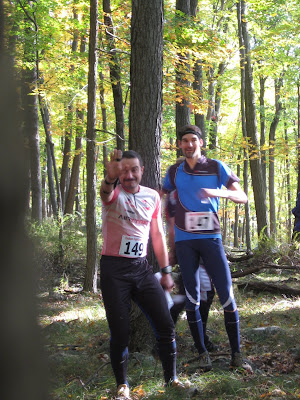 Jean-Baptiste (French champion) and Thierry (world champion) at the start. 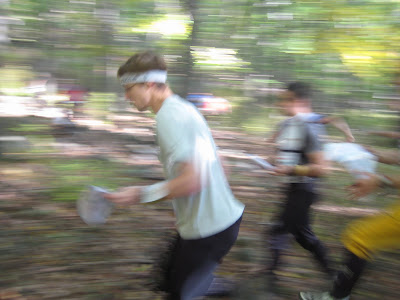 Will Hawkins at the start of the race - he ended up second, not too far behind Thierry (although definitely not close enough to challenge him). 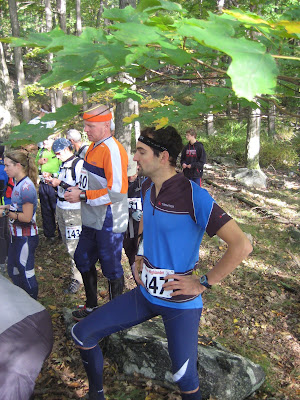 Thierry prepared to crush some souls. 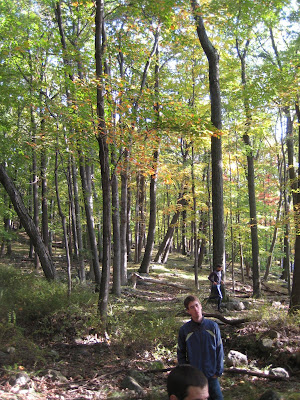 The woods were so beautiful - open, easy running (except for the rocks), just makes my feet itch to go running there. 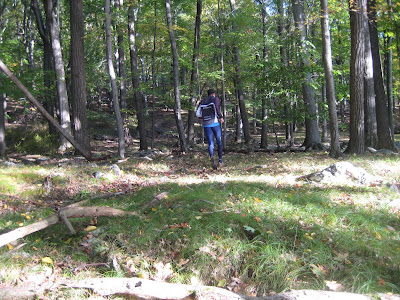 World champion doing his warmup... everyone else just stood there at the start. 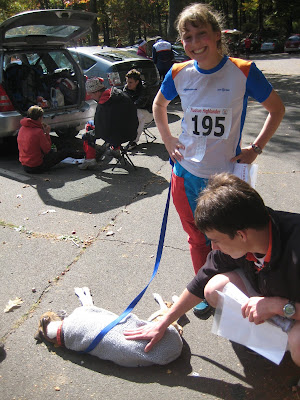 Lori ran with Presto, her whippet, and he didn't look that tired until she stopped moving and he just lay down in the sun and didn't want to move.

So, it was a very valuable camp in terms of technical training, but it may very well have destroyed my ankle... we'll see how the recovery goes. At least cross won't hurt it too much more, but sometimes I just can't stay off my feet...
Posted by Alex at 8:25 AM