I know it's been a rainy week when I run out of hooks around the apartment to dry clothing.  A normal person would probably just throw their clothes in the hamper, but I'm paranoid of my clothes sitting there mouldering while I slowly accrue enough dirty clothings to make the trip to the laundromat, so I try to dry my dirty clothing before dumping it in the bin.  The apartment also fills up with sopping wet, stinky shoes and boots.  Doesn't take long.  Anyway, this is all the product of having been outside having fun in the rain, so it's not all bad.

Christophe happened to be in Boston over the weekend, so I conned him into coming for a "walk in the woods", which he, like any normal person, interpreted as a nice, easy, stretch of the legs on a trail somewhere.  What I really meant was that we were going to go bashing through the forest hanging streamers as prep for an orienteering meet I'm hosting in November.  He had fun, though, I think - I made him carry the maps with the control descriptions, while I had the master map, and he learned to speak orienteering jargon while giving me the control descriptions, so I hung the streamer on the right feature.  He also took some video, since apparently it's not normal to go running through the woods, and he needed some way to explain all these shenanigans to his girlfriend. 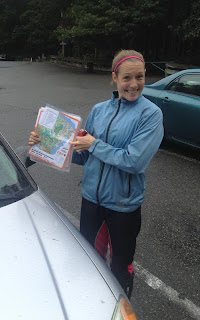 I had a relatively poor showing at the local meet on Saturday - I went straight from the long rollerski with the juniors in the morning to an event at Great Brook Farm, and ran the longest course as the second part of a combo OD.  Unfortunately, much of the running was on trails, and because I wasn't racing, I lost a lot of time to some of the speedier guys.  Results.  But my navigation was pretty clean, so that is always a nice confidence booster. 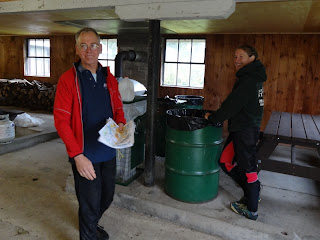 Pete and myself waiting for everyone to finish so we can pick up controls.  Still doing my achilles physical therapy, and achilles has been behaving nicely. 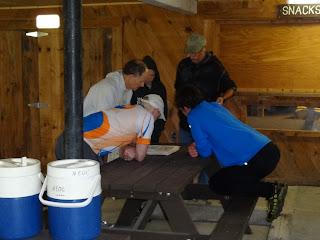 In other news, it's been rainy, and that's not great for either your ski boots or your rollerskis.  But, rolling on damp roads is kind of nice, because there's less friction, and also, it's not hot.  I thought that this was bad: 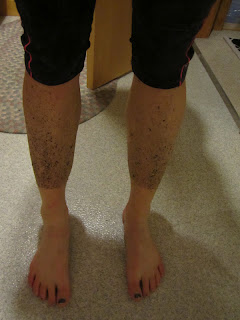 But then we did a workout that had some dirt on the road, and this happened: 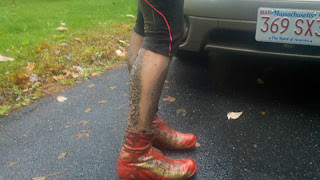 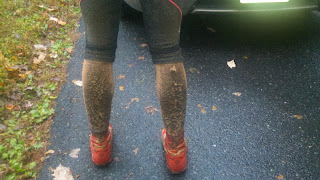 One of my juniors through I was just wearing full spandex.  I think it's time to get a certain rollerski designer to mock up some fenders for me! 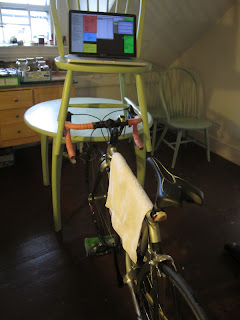 Sometimes, I wimp out, and just ride my bike inside.  I've figured out a way to wedge a chair onto the handlebars (mostly supported by the table) so that I can work at the same time.  It's convenient.

Last week I also headed out into the field, to download some data from my temperature loggers in the West River watershed before winter comes, and the ice-out disappears them all.  The trip both acquired me more data (yay!), but also gave me a chance to tighten all the bolts and assess their locations for durability.  It was also another lovely gray day, which made the fall colors POP!  I love New England in the fall.  I miss cyclocross. 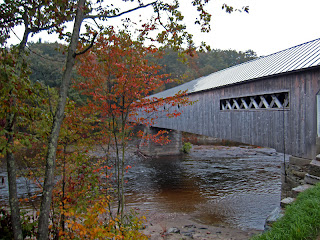 Covered bridge over the West in Dummerston.  River levels are still pretty low this fall, but better than they'd been over the summer.  And I hear there are plenty of fish.  Woo. 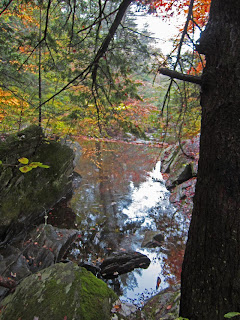 Calm little pool just upstream of some rapids on the Grassy Brook. 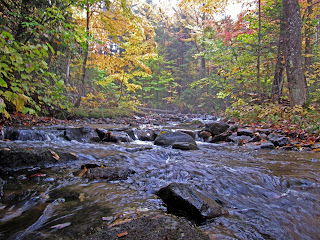 Jenny Coolidge Brook, up in the green mountain national forest.  I've electrofished this stream in the past. 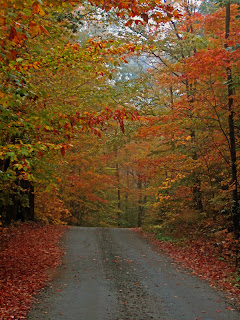 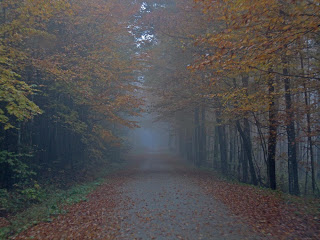 Higher elevations were shrouded in fog, and also gorgeous.  Not so long from now, I'll hopefully be skiing down this road!  (Moses Pond rd) 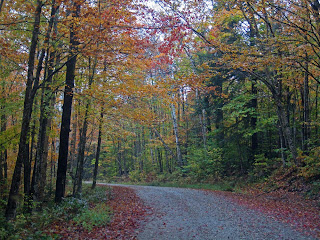 And skiing on this road!  (Danby rd) 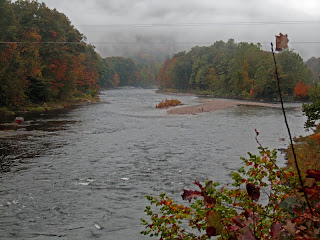 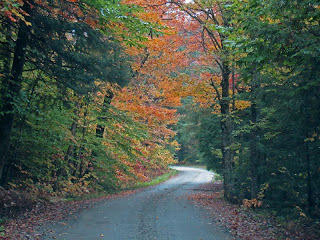 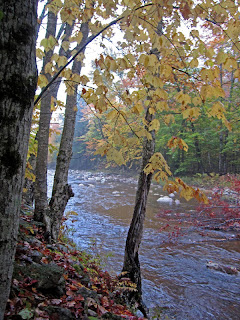 Winhall River, near the base of Stratton Mt.

The plan for this weekend had been to run the Hudson Highlander, but in possibly the most unique reason for cancellation ever, the event has been canceled, because there's the possibility of some crazy dude being out there with a shotgun.  So, no 26km orienteering race for me, but I'll probably still head west and do some training in open forests and big hills, in preparation for the North American Orienteering Championships, coming up in two weeks.  Although I'm feeling physically fit, I'm not sure my orienteering is quite up to snuff right now.  Luckily, some of that can be trained from an armchair!

Now time to get back to analyzing all that data I just downloaded...