There's been a lot going on lately, that I'd like to blog about, but I think I'll just go sequentially and start with winter activities, since that happened before summer, which happened before spring - wait. what?

"The other day" is a term I tend to use loosely to describe any point in my past that I can remember, so, the other day, Ed helped put on the U.S. ski orienteering championships, at the Trapp Family Lodge in Stowe VT.  I managed to stay mostly out of the organization of the thing, and drove up on Friday with Ali into a winter wonderland of oodles of snow! Friday was the sprint race, Saturday was the middle distance, and Sunday was the long.  After a brief warmup, I headed to the start, equipped with all the special dork stuff you need to do ski-o - map holder, epunch, compass strapped to arm, skis, boots, poles... 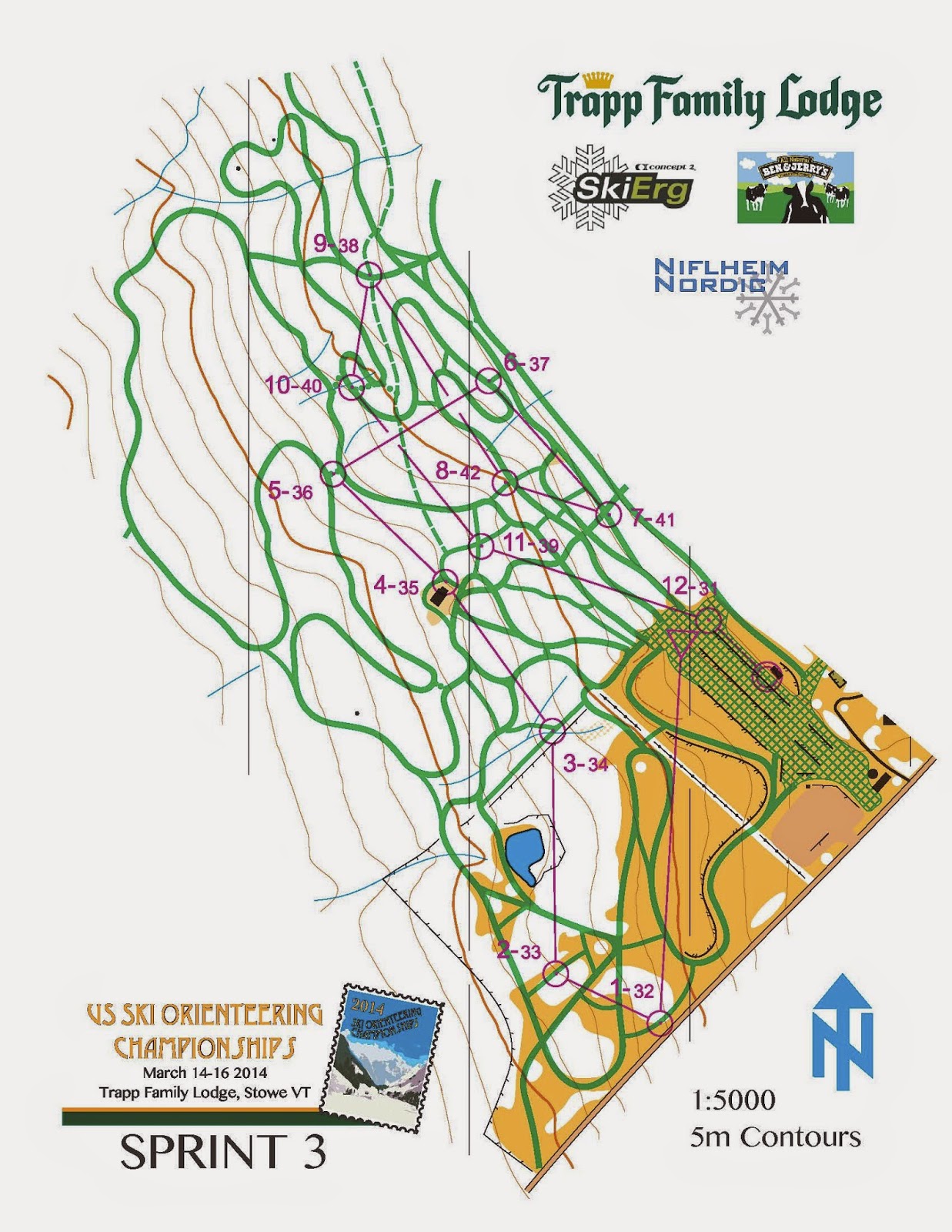 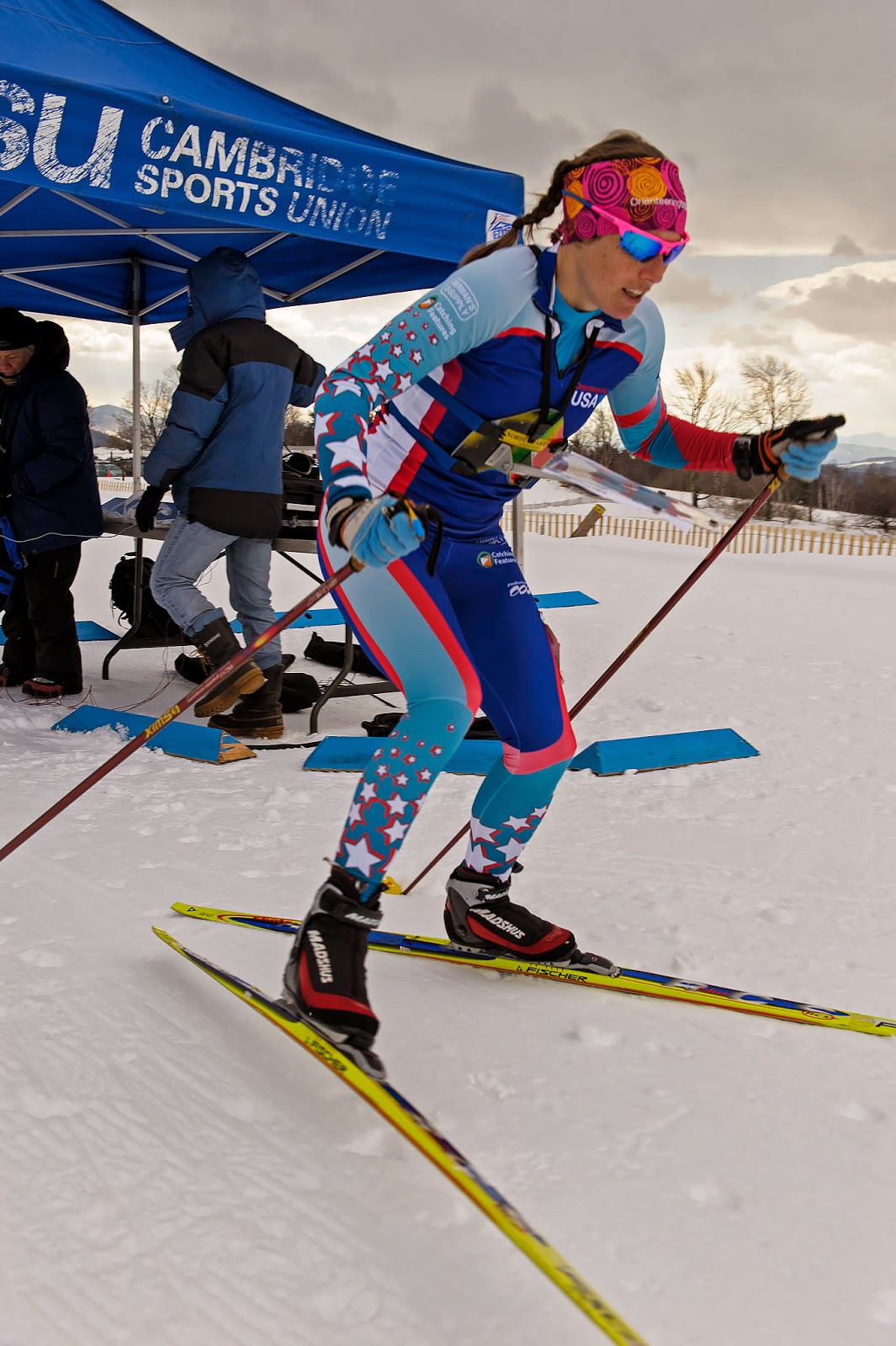 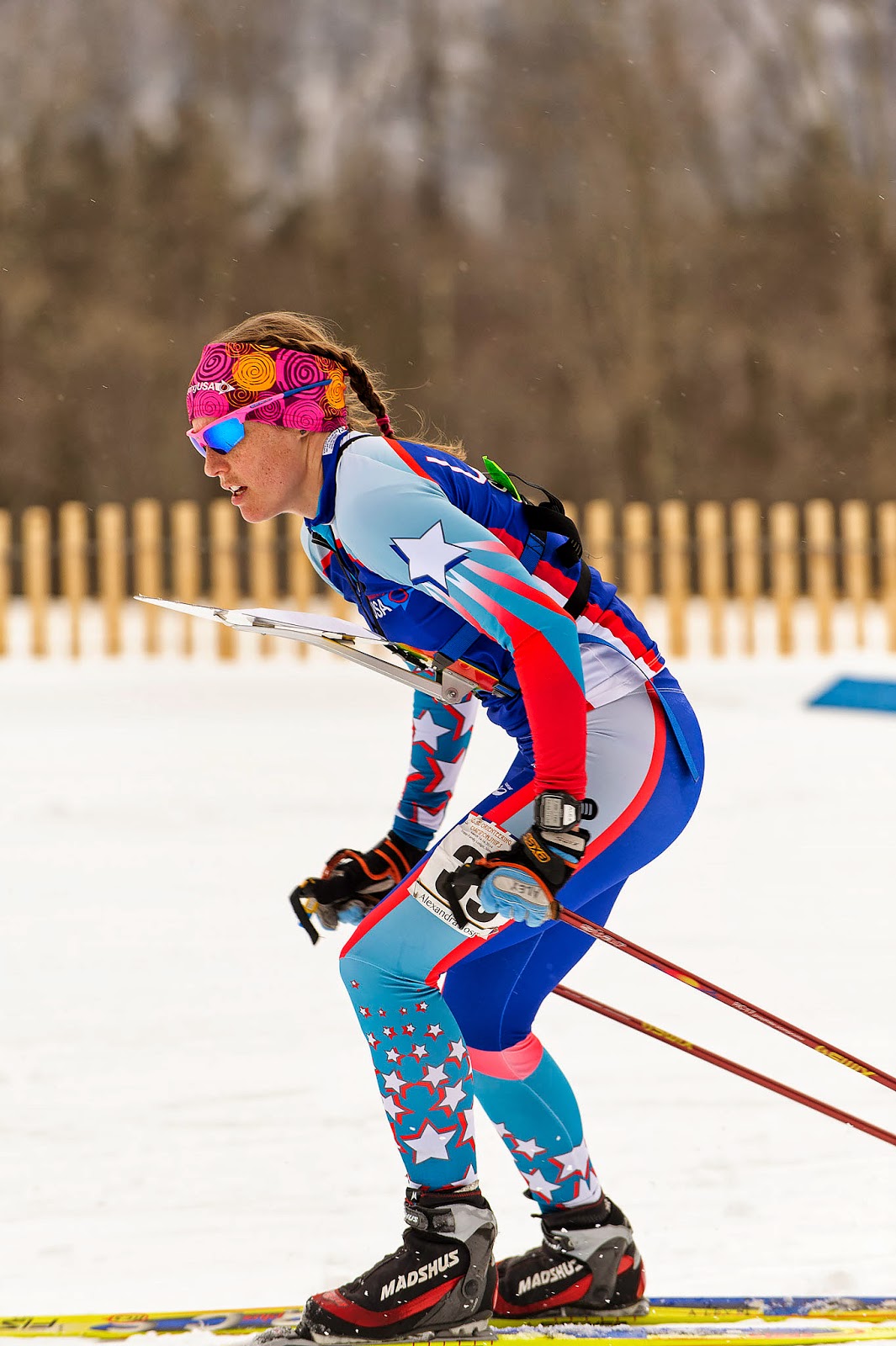 It was a really fun sprint, mostly on big trails so that you could really skate fast.  Whee!  The technical and winding race courses at that venue really lend themselves to awesome ski-o, and I had a ton of fun. I did make a 15-second mistake, and a 45-second route choice error, but otherwise I was very pleased with how un-rusty my ski-o skills felt.


Saturday was warmer, with some sunshine, and I headed out onto the middle course full of hope that I would really nail it.  Things went well, but I was suffering up some of the climbs, and didn't feel very strong in my skiing.  This was a theme that repeated on Sunday for the long distance, a course that featured a boatload of climbing and some soft trails thanks to some overnight snow.  My calf and shin were acting up in the long, and my elbow wasn't feeling too good either, so by the time I'd figured out that I was already over a minute behind Ali, it didn't take much to snap what was left of my give-a-damn, and I slowed down to a pace that no longer hurt me.  This allowed me to finish the race, but I was disappointed not to have been able to give it my all.  In the end, I took three silver medals home, with Ali emerging as the clear victor.  She is generally the faster skier, but I felt the gap was wider than usual this weekend, and left Vermont a little nervous about my form heading into the running orienteering team trials the following weekend.

Here are maps from the sprint, middle, and long 1, 2, 3 (three maps for the mass-start long course).  Results can be found here.

These races count heavily toward selecting the team for next winter's World Championships, and I was very excited by the depth of the men's field especially.  This could be a good one!
Posted by Alex at 11:19 AM