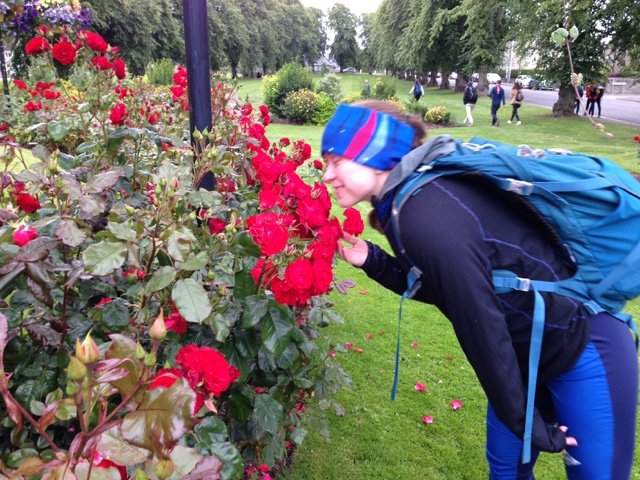 There is always time to smell the roses.
My single outcome goal for this race was to make it to the Final. I suppose that’s obvious – if you aren’t trying to make it to the next round, why enter the first round? – but looking at past WOC qualifier sprints, I knew this would be a stretch. I needed ~10-15% improvement. I tried to approach things systematically between team trials and WOC, scraping a percentage point or two off here or there in every aspect of my training. Two of the areas I drastically improved upon since March were my ability to run a “clean” sprint, and my attitude/emotions regarding sprint racing in general. I think I can thank Becky for both those improvements. The harder improvements were in running speed; I’m still no faster than I was in 2013, despite a lot of trying hard :). So I knew my navigation was paramount. The legs will just serve as a vehicle to deliver my brain to the next navigational challenge.

You can see the GPS replay here.

I wanted to stay focused on the process, because when you start to think about the outcome, that just messes everything else up. I had four major ideas in my head: 1. Read everything to the first control. 2. Smooth your route. 3. Lift your vision. 4. Read the entire leg. I started well, really looking around. I think a minor route choice error to 2 – in trying to smooth my route through 1, I didn’t smooth the route to 2, and went through the parking lot rather than turning around at 1 and cutting corners through the field, maybe adding 20 meters. 5 seconds? But, I executed on my route with full confidence. Planned and executed 3-4-5 well. Watching the GPS, I think maybe I am over-emphasizing the smoothing of my route - sometimes, it pays to turn around, because you run a shorter distance.

Made my only mistake on the way to 6 – I had my head buried in the map and turned into an alley that was very clearly not my alleyway. Quickly turned around and let out a big fat American “FUCK!!”, which had some spectators giggling. Whoops. Stayed un-flustered, despite probably 15 seconds lost. I slowed down a little as I crossed the field to 7, just to figure out the long leg to 8. Left didn’t look viable, and I got as far as figuring out that I could get through the narrow way on the right route, and then I saw the steps into the field and made the snap decision to go that way. I cut every corner I could through the fields and executed well, this was one of my top-10 splits. Shows that the speed is there, but I need to be better about engaging my brain!

I was running a bit behind a Finn and a Latvian, not sure who caught who, but we saw a lot of each other through the rest of the course. I was feeling comfortable, physically, fast-cruise-y. 9-10-11-12 I planned and executed well, still seeing Finn and Latvian when we had more common controls. 13 was the final tricky one, but I’d read it early, and knew my entry and exit. Then just go-time, though I did double check the map a few times to make sure I was going to the right flags.

Finished with a good sprint, winning the final two splits, but quickly felt like I could have pushed a lot harder. I think the fact that I don’t do enough orienteering races is the problem – yes, I could have pushed harder physically, but who’s to say I wouldn’t then totally blow it? I felt like I executed well on every process that I wanted to, and ran it as fast as I knew how. This is it, this is all I’ve got. My “it” just isn’t fast enough. I am totally pleased with how I ran my race. Probably one of my best sprint races ever! How I can be so dissatisfied and satisfied at the same time is one of the cruelties of this sport.

One of the joys of having improved my sprint technique so much this spring is that now I truly enjoy orienteering sprinting. This is not something I could say before. I was able to actually enjoy myself out there, and rather than fear what was coming up next I felt smooth and in control. Flow.

I have six days until the Long Final. So excited! 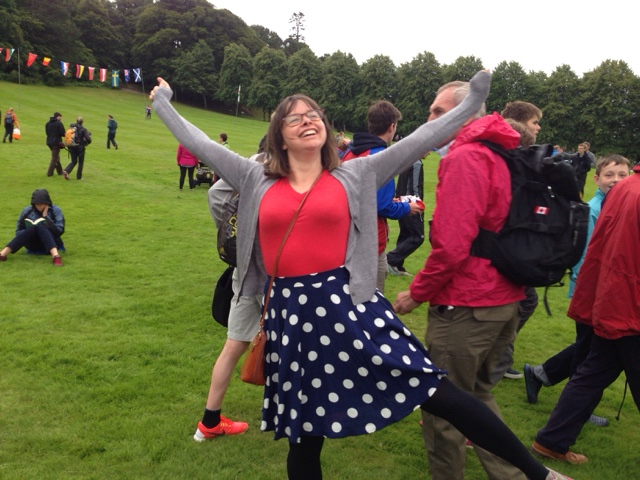 Thank you, Becky, for making me appreciate sprinting! 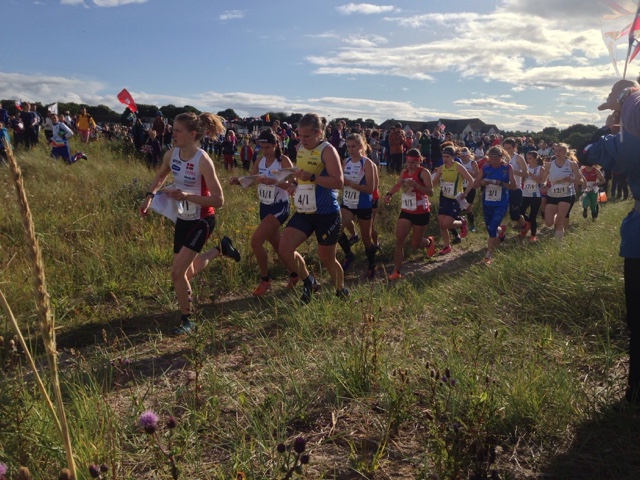 Start of the sprint relay, the day after the sprint qual. I didn't run this one, but went to cheer my teammates. 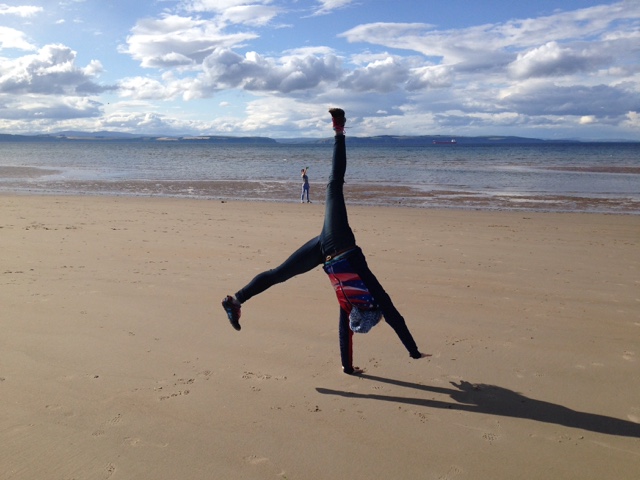 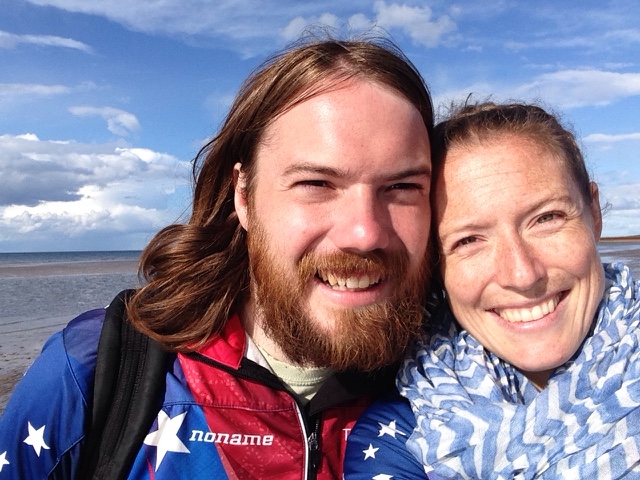 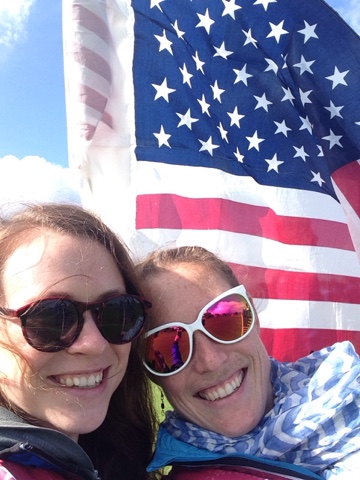 Silly selfie with Kseniya at the opening ceremonies. 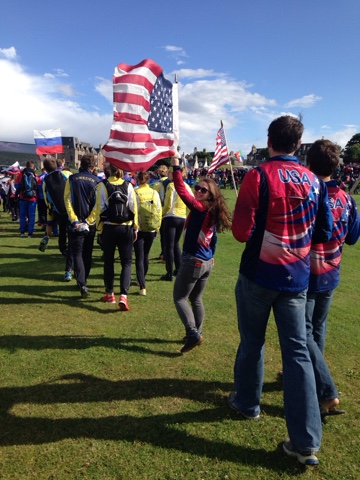 Really nice blog full of advice for a o-beginner like me! I appreciate you analysis together with description of mental preparation for the race. Thank you for sharing :)