It's not about the bike

I got into an accident the other day. Riding my bike, a car cut me off, and with no time to react I went into her windshield and rolled over the hood. Luckily for me I'm fine, a little bruised and a little pissed off, but things could have been so much worse.

I filed a police report and the driver is 100% culpable and I'm working out the details of getting her insurance to buy me a new bicycle, but the thing that driving are nuts is people's reactions. The general sense of "you're brave to be riding in this city", because everyone just assumes that the roads belong to cars. That because I was on a bicycle, I was "asking for it". I'm a driver too. I drive a car far more miles than I'll ever ride a bicycle. It's not like this is some black and white issue, with all cyclists raving anti-car lunatics, and all drivers aggressive massholes out to kill the cyclists. Nobody wants to get in an accident. But sometimes, shit happens, and hopefully you'll end up on top, no matter what form of transportation you're using. It's my choice to ride a bike to work, because that's faster, easier, cheaper, and is good for the environment, my physical health, and my emotional state. I ride according to the law, I wear a helmet and appropriate reflective clothing and lights, I ride defensively and I actively look out for idiots. That wasn't enough.

This accident - it had nothing to do with the fact that I was on a bicycle. Had I been in my car, my airbags would have gone off. I understand that those airbags would have made me less bruised than I am right now, but that's irrelevant. It should NOT be "brave" to ride in Boston. It's my right.

So as soon as I have that new bicycle, I'll be back out there, actively looking for idiots, and hopefully avoiding them better. 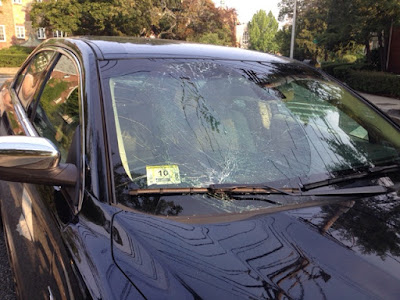 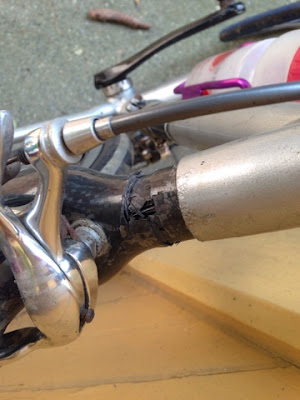 I'm sorry to hear about that accident, Alex. Both your bike and her vehicle were obviously damaged by it, yet it appears like the people already judged you to be culprit of it, just because you’re riding a bike. That’s really not fair. By the way, do you exchange contacts with the car owner? If so, I hope that she’ll cooperate with you with regard to replacing your bike.

Yikes. This is the bummerest kind of blog post, Alex. It's always good to remember to always be extremely, maybe even neurotically, wary of all drivers at all times, though. And I'm glad to hear you're big picture alright. Hope it doesn't shake your cycling confidence too much (or for too long if it has). Be well!