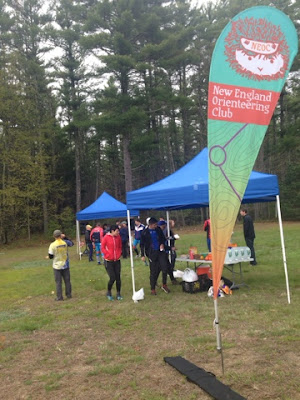 The Billygoat is one of my favorite orienteering races. Mass start, goofy rules, low-key event that people all take way too seriously - it's awesome. This was one of the first events I did as I came back to orienteering after a hiatus to race only on skis, and the camaraderie, goofiness, and fundamentally hard-core-ness hooked me. But after years of running in the event (and winning it the last three years!), Ed and I decided it was time to host it. Wearing our NEOC hats, we set the course in Townsend State Park, recently mapped for a national meet. I enjoyed setting these courses - parts of Townsend are utterly glorious, mature oak forest with long sightlines and knobbly contour features, just enough rock to interest you without being so overwhelming as to slow you down. But then there is the dark side of Townsend - the parts of the forest infested with mountain laurel. This is a very pretty plant to look at, but it's the bane of anyone trying to run through the woods, as its gnarled woody stems don't provide any way to pass through. At least it is easily mapped and thus easily avoided. 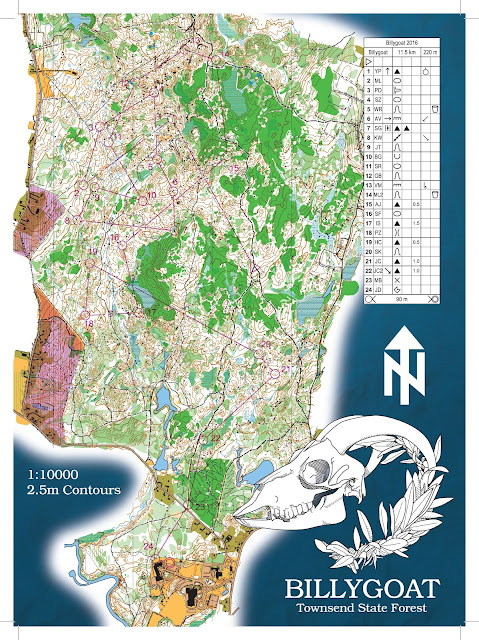 With only one course to worry about, I had the chance to design a kick-ass goat skull logo. It was only fitting that the skull rest on a wreath of laurels...

The day dawned with a 90% chance of rain, but thanks to statistics, we ended up with barely a drizzle, and even a little sunshine for awards! I couldn't have asked for anything better. I had designed the courses such that we had a very long walk to the start, but I figured it was better to have people march out to the good terrain off the clock. Only a little bit of grumbling ensued. Isabel Bryant, speedy CSU junior, had volunteered to help carry all the clothing back from the start, and it was quite a load, as everyone had brought rain jackets and things. Turns out, 100 rain jackets actually take up a lot of space.

I decided to run the Pygmy Goat, the short version of the Billygoat, after I got everyone started. I wanted to see some of the race from on-course, and this was an excellent way to do it. I got a chance to cheer on some of the folks who are normally further back than my group of runners, and I got a chance to cheer for the lead pack of runners on the Billygoat, as they looped through the Pygmy Goat course. Ed was manning the results, and did his usual superb job. 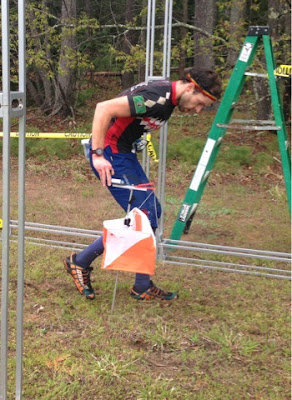 2nd place, Will Enger, flew out here from Seattle just for the race! 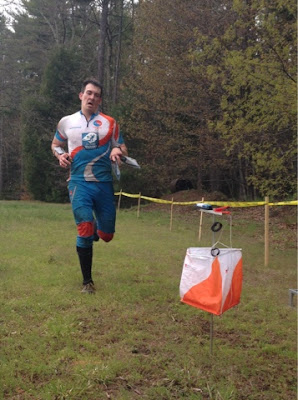 Teammate Ian Smith, appeared to have found some mud... 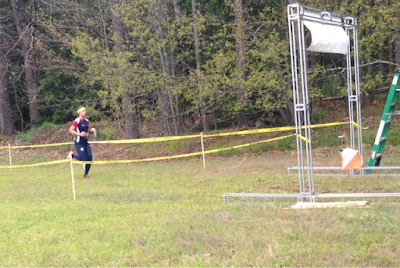 Women's winner Hilary Saeger. It was a close race between the first two ladies, with Hilary just catching Kseniya on the long trail run portion to the finish. 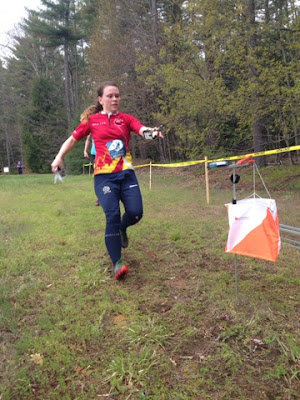 Kseniya, second place for the women 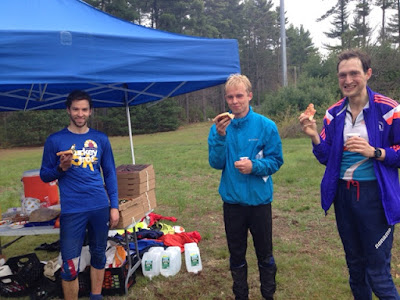 Pizza was a good idea. When we ran out, I ordered more for the later finishers, and that was also a good idea. Ari came back from the dead to run the race, and he apparently survived, with no ill effects that we can tell. 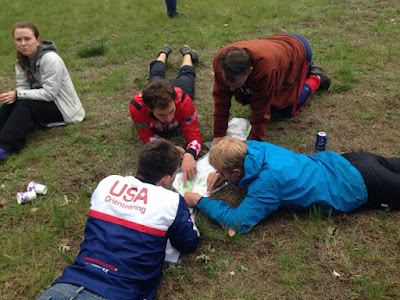 I was so psyched that the sun could come out long enough to dry things out, and give folks a chance to do what orienteers do best - analyze the course to death. It was agreed that the leg from 15-16 had the sexiest terrain out there. It warms a race director's heart when people truly appreciate the course you've set. Makes the whole thing worth it. This race had all my favorite parts of directing orienteering events, and none of the parts I don't like. 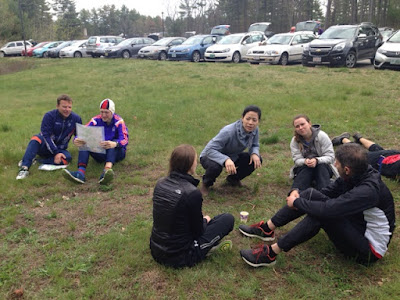 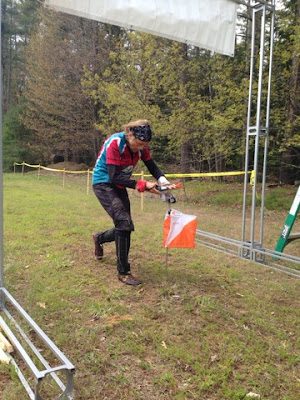 World Famous Sharon Crawford coming in hot, and earning yet another Billygoat teeshirt. Sharon has got to be the most competitive septuagenarian I know. I can only hope that I am running and skiing as strongly  as Sharon when I'm that age!

This was a fantastic race to direct, and I couldn't have done it without Ed. As usual, he takes my outlined ideas, barely cogent, and transforms them into something functional and beautiful. I suppose that's the role of an engineer. Will I host another Billygoat? Hopefully other people will take on the task for the next few years, but considering that this event embodies everything I love about this sport, I won't rule it out.
Posted by Alex at 1:32 PM