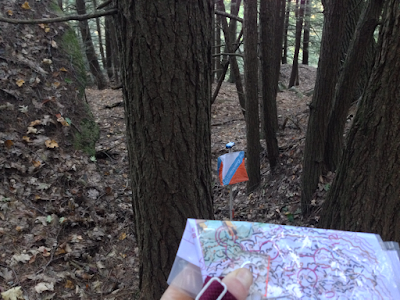 Up North Orienteering Club hosted a National Event last weekend: The Boulder Dash. It was on the Burnt Mountain map that we used last year for the North American Orienteering Championships, and this year I got to run on a 1:10,000 scale map instead of 1:15. That made a big difference, because suddenly I could ready the map! Turns out, reading maps is an important part of this sport.


Ed and I arrived Friday afternoon, for the US Team fundraiser sprint. This was a low-key affair, just a chance to go out into the woods and find some controls, and I struggled with map interpretation. Not good. I went back out for a walk, just reading every feature, trying to make some sense of the contours. There are a lot of little wiggles and wobbles in the contours, so the trick was definitely to take in the bigger picture, to have an idea of what you were looking at. So much rock on the map, that you sort of just had to look beyond it. 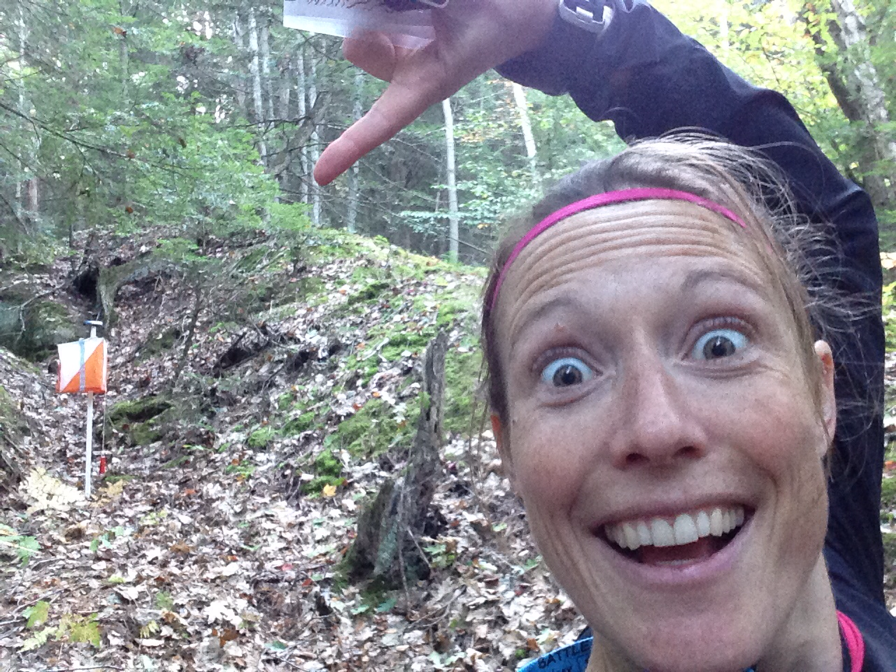 Can't beat the excitement of finding a control in the woods where you expect it!


Saturday rolled around and I had a nice morning with Sharon, who lives at the edge of the map and graciously hosted us. Then it was off to the races. I knew that this map demands respect, so my plan was to start slowly, and always have a good plan. My main competition was Violeta, the Spanish Team runner living with Barb right now, but I was confident that I could take her on if I could run cleanly. I was in the huntress position today, starting 6 minutes back.

The race felt unremarkable. I was trundling about slowly, never feeling like I could push the pace, because then I wouldn't be able to read the map and simplify away all the detail. but I was finding controls, one after the other, exactly where I expected them. This feeling is such a rush! I love this sport on days like that! 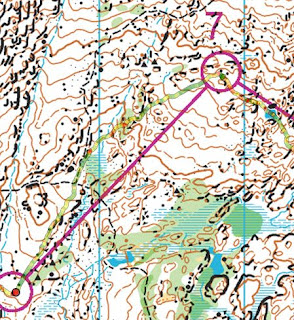 Approaching control 7, I saw a flash of yellow up the hill from me - Violeta's jersey! She was clearly still in search-mode, so I snuck up to the control and then blasted away down the hill to 8, hoping she hadn't seen me. Definitely a confidence boost to know you've picked up six minutes on a competitor! She caught me on the hill up to #9, where I was sucking wind and she was blithely bounding away. I tried to maintain contact up the next hill to 10, but simply didn't have the legs. Luckily, this was followed with a trail descent, so I had nearly made contact by 11. We stayed separated by maybe 20 seconds for the rest of the course, neither able to make up ground or out-navigate the other, but in my chase I managed to have the second-fastest finish split among everyone on that course (including the M-20s, a tough group to beat in finish splits), and nearly won the course outright - my companion from the Highlander, Joe, bested me by 10 seconds. So close! 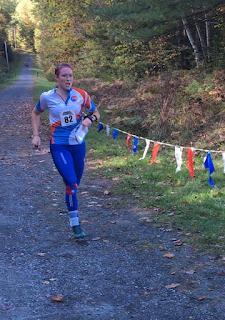 En route to crushing a finish split. I guess that means I could have tried harder during the rest of the race...


The second day of racing is always difficult. The overall winner is the one who is fastest with a combined time from two days, so could I hold off Violeta by 5:30 minutes? I was feeling fairly confident, but given her hill-climbing prowess, I knew that if the course were faster, or if she avoided making a 7-minute error, I'd be in trouble. Pressure! 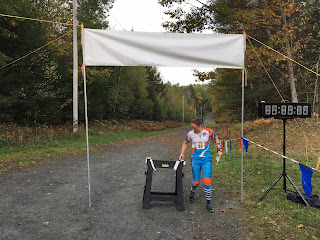 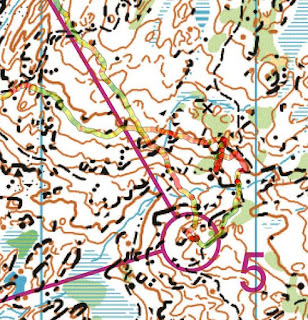 I was starting first this time. My approach was the same as yesterday: Calm, smooth, and steady. But approaching #2, on the trails, I made a big mistake, overrunning a trail junction for a minute and a half before spidey sense tingled. Arrrrgh. I tried to put the mistake out of my mind, and carried on with the course. I was starting to get into the flow of things, and then there was another long leg to #5, which I again elected to do on trails. Things were going great, until right at the end, when I made a parallel error, thinking I was at the correct little reentrant with a cliff next to an open nose right off the trail, when I was at an identical feature nearby. Five minutes gone, like that.  Now I really was running scared, pressure totally on. I thought I was better than eight minutes of mistakes! 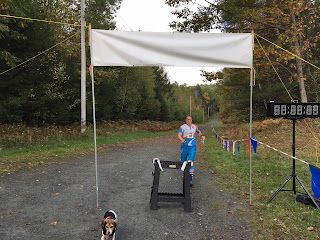 Following a beagle to the end will always make me happy.

I got back into the game after that, but I wasn't feeling very good about the run. I couldn't stick around to see how Violeta (or Izzy, who hadn't been very far behind on the first day) were going to run. In my infinite wisdom, I was running two races in one day, heading down to Groton for my fifth Grand Tree race. I want to run six this year, and after missing most of the summer thanks to knee-bashing-marathon-not-training, I need two more. So, I abandoned Ed at the event, and got to the start of the trail race with about 20 minutes to spare. Perfect! 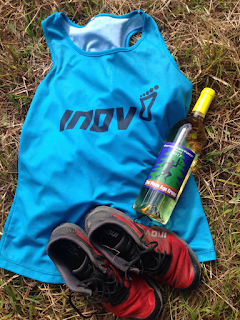 Probably the less said about that race the better. The course was very pretty, a single 9-mi loop through golden leaves and winding trails, with minimal elevation gain. What elevation there was to gain came in the form of short, steep, glacial hills, which were perfect for my tired legs, because I could justify hiking. I found myself in third place after a few miles, and managed to stay there, trailing the woman in 2nd for most of the remaining miles, but never able to close the gap. Not much spark, but a beautiful day for an up-tempo run in the woods, and I won a bottle of home-made wine for my efforts! (it's the thought that counts... I've had better)

Upon getting back to my car, I checked my phone for results, and found that not only had I hung on to first overall, I beat Violeta on day 2, too! She had had a rough time out there, unused to the map or the terrain, but I was mostly just happy to win the overall weekend! I haven't won a National Event in a very long time, so this was pretty exciting for me. Nice confidence boost before the classic distance championships in November! 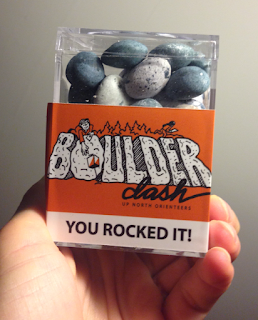 I won a box of rocks! Chocolate rocks

Some photos below from the weekend before, at a training camp in VT with my juniors. We had a mix of weather, but some very nice workouts, and Ed was cooking for us, so we had some good food too. Hashtag happy place? 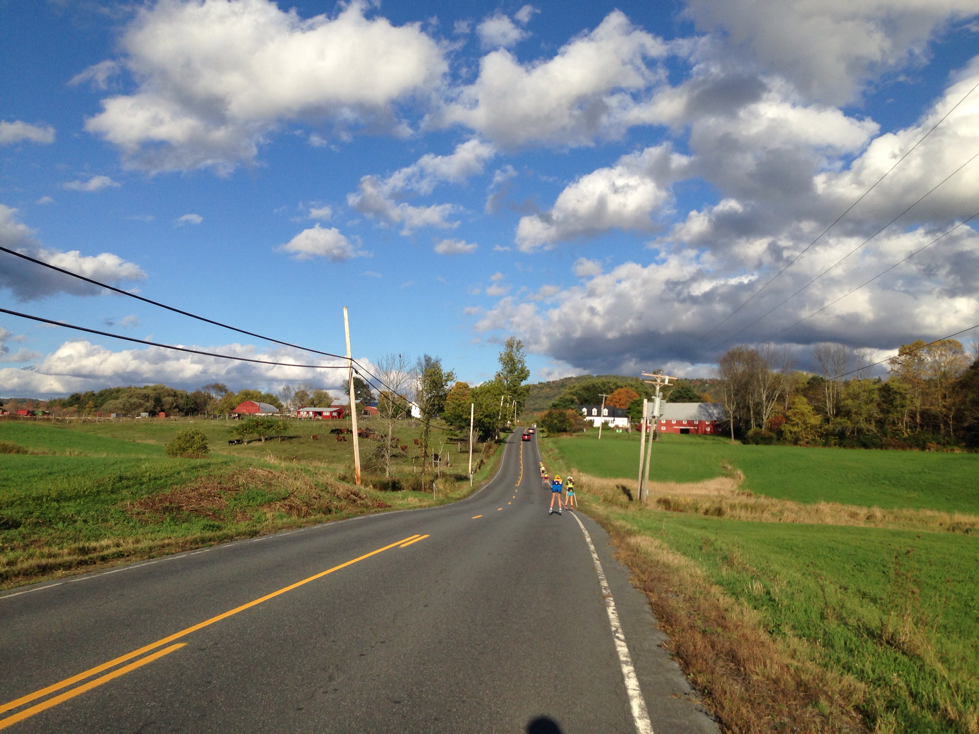 Can't beat days like that for a long rollerski 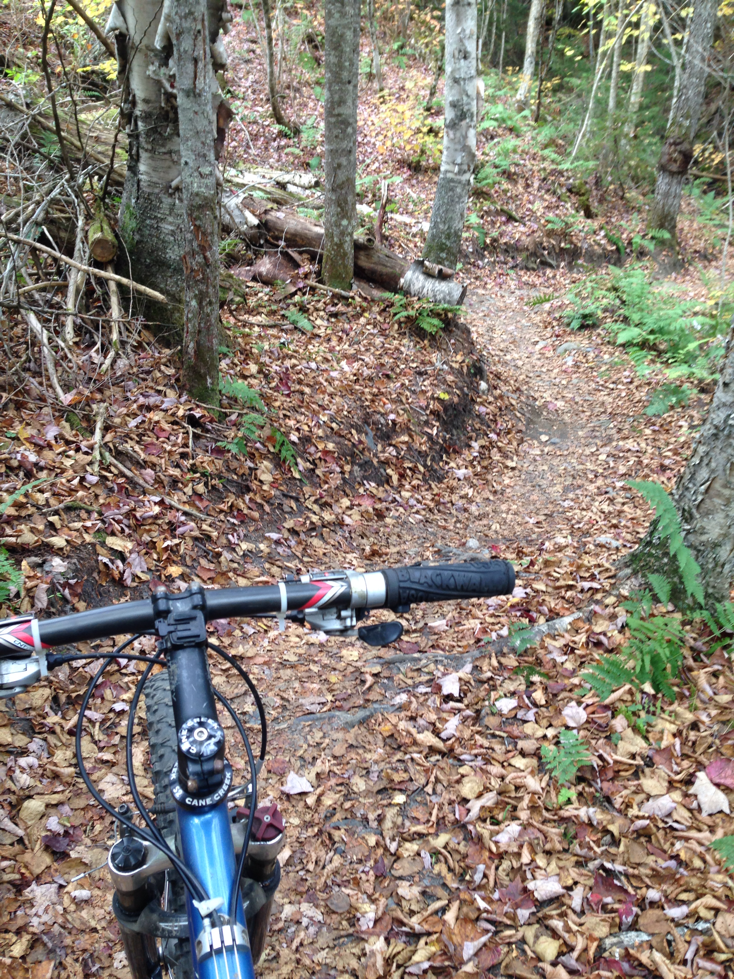 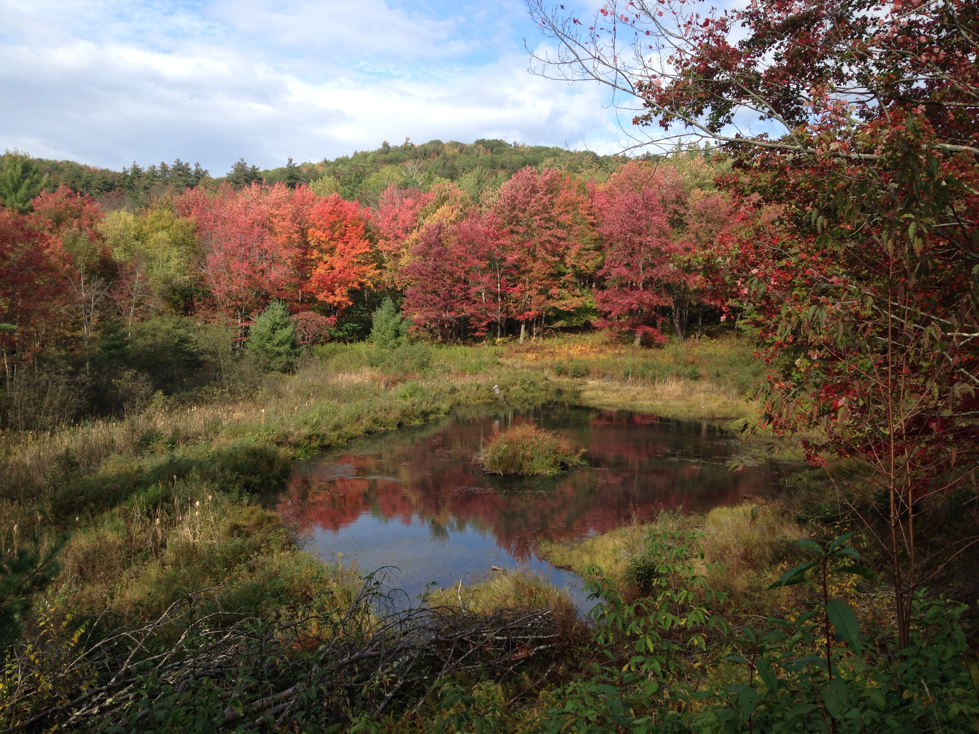 Gorgeous view from the Jericho biathlon range, where the kids raced on rollerskis 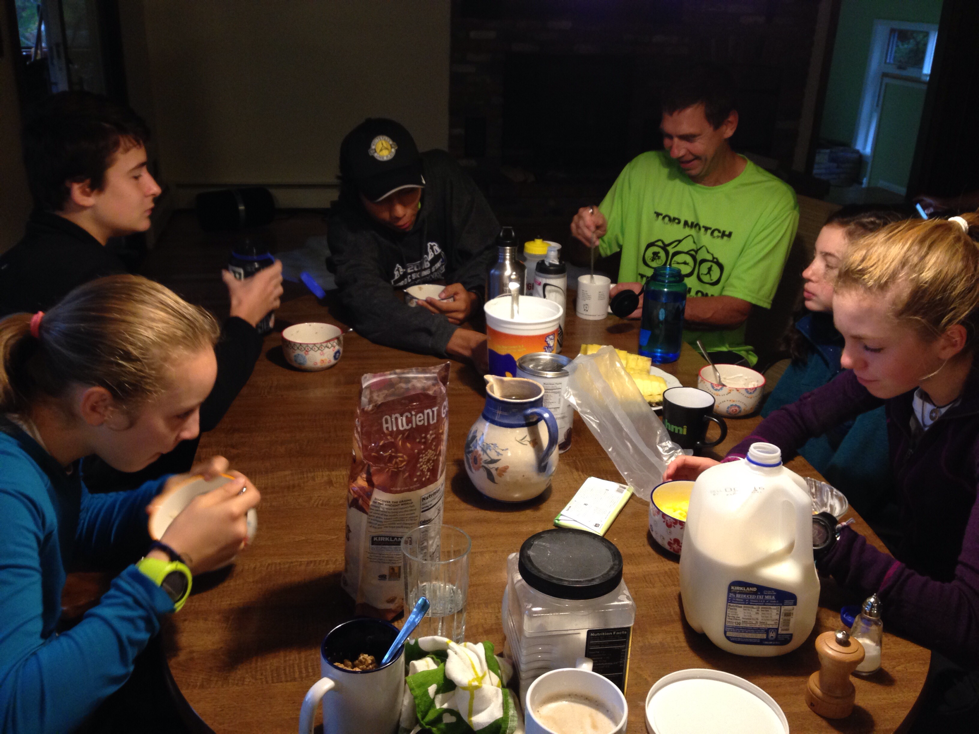 Definitely the most important part of any camp is eating.