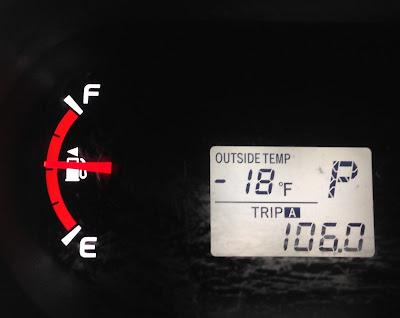 The usual whirlwind around the holidays took us to Rochester, where we spent some days with my family, and then off to Canada. Only not quite so fast, because I'd left my passport in Boston. Luckily that fell into the category of problems that can be solved with money, and I managed to spend Christmas day with my family and still make it back to Boston in time to be rescued by Carina, who had broken in to my house to get the passport and then picked me up from the airport. Ok, NOW we can go to Canada! 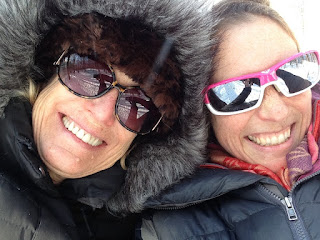 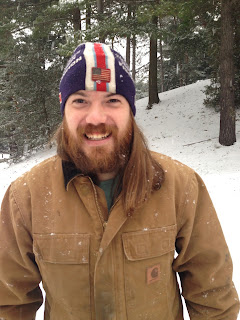 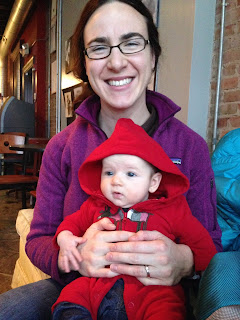 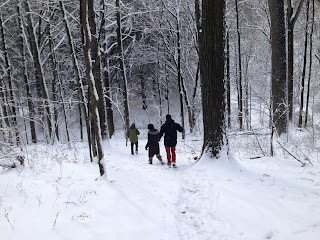 But first, got a chance to meet Sylvia, Ali and Tom's new human, and we took many snowy walks. So great to have such good snow before Christmas in Rochester! I got to ski at both Harriet Hollister and Mendon Ponds, places I haven't been in years. I had forgotten how large the hills are at Mendon - not your homologated race course! 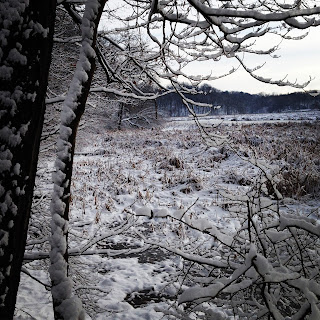 Family walk at Lucian Morin Park. Gorgeous little glacial park at the south side of Irondequoit Bay, with snow-covered trees and lots of gallumphing to be done on the trails.


So after the passport thing, Carina drove me up into Canada, and we stopped for a nice little jaunt around the trails at Mt. Orford. I've never been there before, so that was fun to explore a new area. We got to the team condos at Mont Sainte Anne just in time to oversee some dinner, and as the temperatures plummeted, the training camp began. The first day was the warmest of the week, hitting a balmy +3F for the afternoon ski, before the mercury dropped into the negatives and didn't reappear until I'd driven 400 miles south. 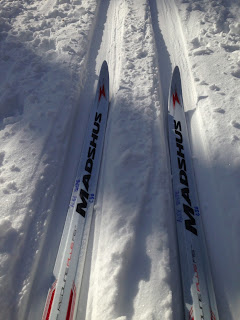 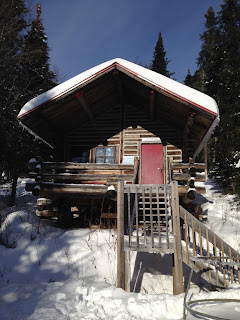 Despite the sub-zero temperatures, we had a great camp. Cold weather is part of the sport, and all the kids learned how to dress warmly and keep moving, and as far as I know there was no frostbite. That's a win! Mont Sainte Anne also has these convenient warming cabins along the trails, which are fantastic except for the fact that eventually, you have to leave them and keep skiing. Better to just never succumb to the temptation.

I also got the chance to test out a new pair of skis from Madshus, klister skis but you can kind of fake it with enough wax. These skis felt so good during the week, I really love how Madshus is making their classic skis. We did a 30/30 workout, which is basically just sprinting forever, and I loved being able to just kick and glide and outrun everyone in my group. To be fair, I was beating up on the U16 girls, but they're fast U16s! 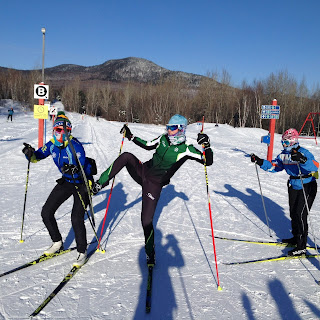 Very serious crew. I have no idea what is going on here. 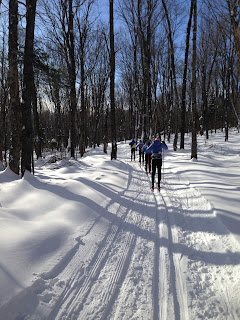 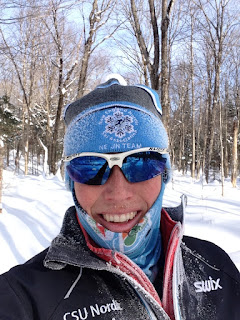 Frosty selfies and a tour of Trail 38, this little trail that winds through the lowland spruce marshes and some of the upper maple forests. It's gorgeous and friendly, and the single-track aspect just makes it even better. Funny how now everybody loves that old-school feeling when you're surrounded by endless kilometers of wide perfect trails, but at home, it's all grumbling when we take people to old trails like this. Can't win. 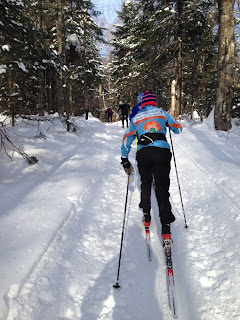 By the end of the week, I'm feeling relatively good. I got in some good volume, without pushing the pace too much, and two good quality sessions with the kids. Hopefully, this positive feeling can carry me through the next round of Eastern Cups, and into World Masters with good fitness and a happy head. Yay for a good start to the ski season!