I went out to the California Gold Rush, another marathon, last weekend. I had some delta voucher miles to use up before May, and figured this was a good way to do it. I didn't take into account how exhausted I'd be after all my travel this winter, particularly going to Japan and back. That just slayed me. Anyway, Jess decided it was a good idea too, and came along, which was awesome. Greg, one of the guys on the ski-o team, lives in LA, so he drove us up to the race and back, all in all, the logistics worked out perfectly. 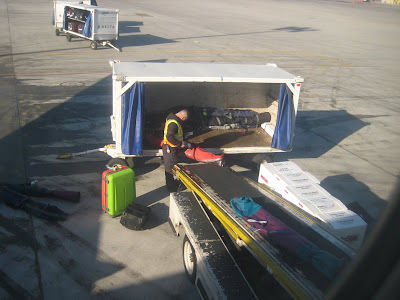 If I throw this thing hard enough, will it snap in two? It would fit better, then... 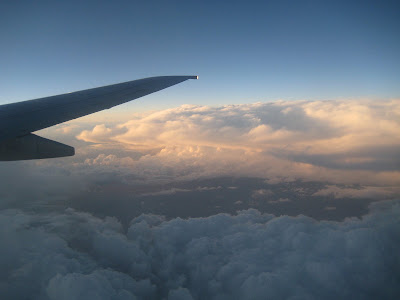 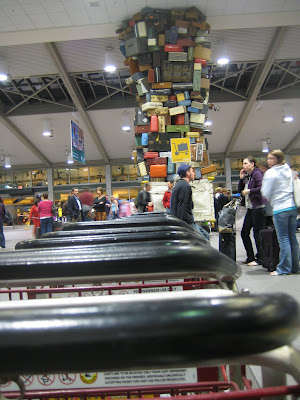 The forecast was for heavy snow accumulation, both before and during the race, but it was actually fairly packed down. Still soft and slow going, but not the disaster I was expecting. The race was up at 7000 feet, so I figured I'd go with the "arrive as soon as possible to race start" approach. This was not a good approach. Anyway, we got up to the race with plenty of time, and I'd actually brought the right skis, so I felt about as ready as I was going to get. 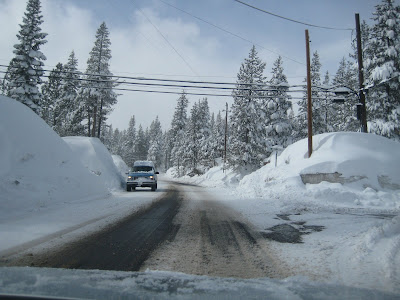 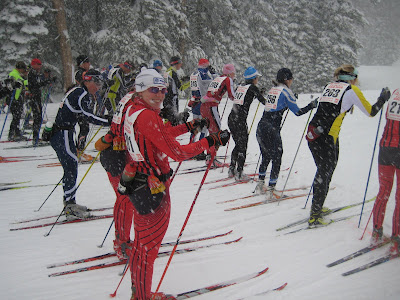 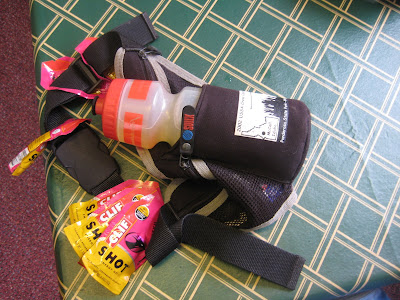 Jess and I lined up in the "elite" wave, and when they said go, we all started scrambling, but I guess I'm a lot better at mass starts than Jess, because she ended up at the way back of the pack. We made contact with each other pretty quickly, though, and drove a pack for a little while, until finally a girl went by and I tried to go with her. For a couple km I was able to follow her, but then I found myself doing V1 on the flats and she was leaving me. Another girl caught up and passed me, then Greg caught up and passed me (he'd started in wave 2), and then I was all alone for a long time. It started to snow pretty heavily, and I was getting soaked, so when I started the second lap and the long downhill, I was frozen. I kind of slipped into a super negative slump through that lap, my legs and hips were totally seized up, and it was all I could do to V1 the flats. I started to herringbone the uphills, it was a good thing it was pretty flat, because a long hill would have destroyed me. I was too tired muscularly to go fast enough to warm up. I was so cold and miserable that I was composing the blog post in my head about why I dropped out, when I hear a whistle from behind me. Wha?

Its Jess. Oh thank god, someone to complain to! She said she'd been in a bad way after lap 1 but had a second wind, and although I begged her not to drop me, she said she couldn't promise it. Bummer. Anyway, keeping up with Jess up the hill to the finish/lap warmed me up enough to start the third lap. I stayed with Jess almost until the feed zone and then she dropped me and I was limping along in my own miserable world again. Jess managed to put 6 minutes on me in 10km, so apparently I went waaay slower. Oops. Anyway, I finished. I wouldn't call that racing, it was more "skiing with a number on". 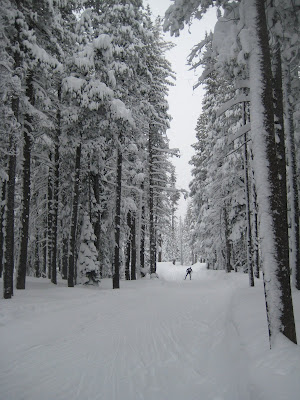 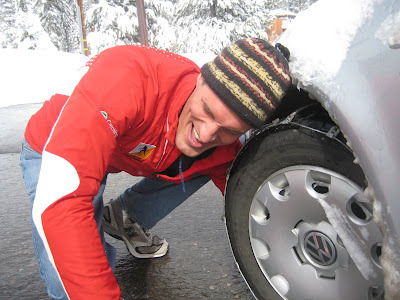 Greg taking off the chains. 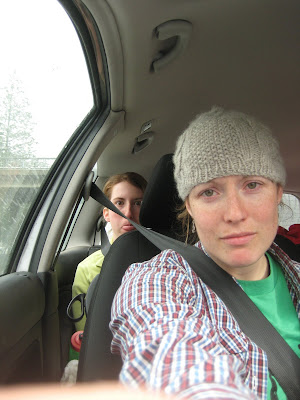 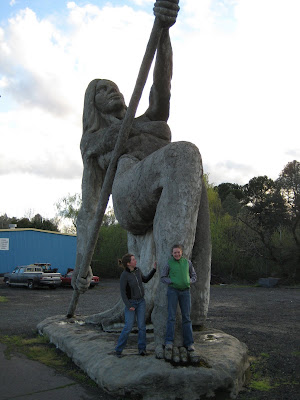 We found some giant cement women when we went to search for Chinese food. Although we didn't find any "crab cheese", we did find some "crabmeat with cheese". Close enough!
Posted by Alex at 9:26 AM

I like the way your run your belt through the hole in those Clif Shots, but worry if I did that my hands would hit them as a poled.

Any problems with that or tricks on avoiding that?

I find that I either don't notice when my hands hit the gels, or they just don't hit the gels. Either way, it doesn't bother me. I don't really follow through at all, though, so maybe someone with better shoulder flexibility would end up hitting the gels. As with anything, test it out in an OD before racing.

If I'm using a non-Clif gel, I staple it to my belt, and then I can be more exact as to where I am putting the gels - I tend to put them near the front, because if its out of my field of vision, I forget about it.

I've seen some people stable gels to their bib, so thats another option.