I clearly don't feel that I know New England well enough, so I've been doing my part to travel to every single bit of it. At least, that's what it feels like. What happened to that plan to do less traveling?

Two weeks ago, we had the park-o run-off on Thursday; basically a chase sprint based on the results from during the season, where runners with lower points started first, and the faster runners tried to catch them. It was a really fun way to run a race, and it came down to sprint finish between Ari and Dean, through the rain across a muddy field, and Ari tripped right at the finish, sliding across the line on his belly, through the mud. Maybe it was planned, either way, it was a spectacular finish to the Park-o season. The picnic afterward was just icing on the cake. 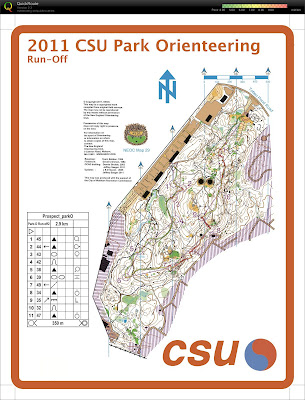 Saturday I headed out to Baldwin Hill with our new Lithuanian recruit, Minda, and Jordan from West Point. We met Ali and played in the woods for an hour or two, and then went to Ross and Sam's goodbye/engagement party. They're headed for Sweden soon, that'll be sad. 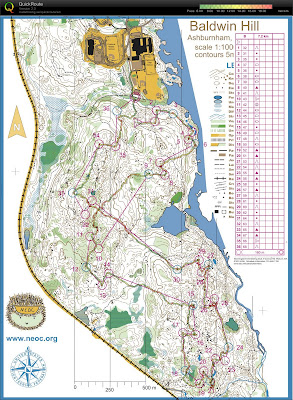 Sunday I headed up north to Craftsbury, VT, with Rob, the head CSU coach. We had eight athletes at the Regional Elite Group camp, and we were on coaching duty, along with a bunch of other coaches from the northeast. Bryan Fish was leading the camp; he's the new USST development coach. It was a nice camp, if a bit rustic. Not sure I can deal with another week of phone-less internet-less seclusion... 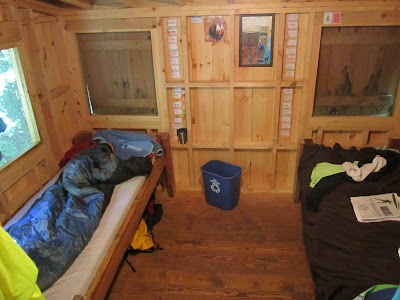 This is the only photo I have of the camp. Nice little accommodations, if a bit on the rustic side.

I made it back to Boston by Friday night, only to turn around and head back to VT at the crack o' dawn on Saturday. First stop was to put out some more temperature loggers, one of which required a 21km jog along the Appalachian trail, toward Stratton Mt. I managed to avoid any major climb, but my body was letting me know, in a very firm manner, that I needed a day off. My brain was in full agreement, and I was pretty grumpy by the time I got back to the car. 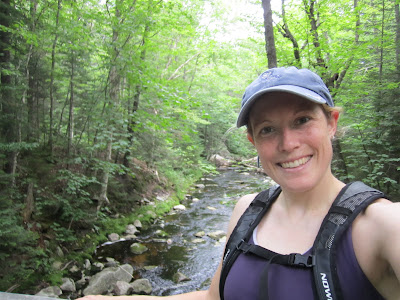 That smile looks a little forced, eh? Nothing worse than running to a turn-around and realizing you still have to come back.

But, by that point, I was in VT, and Ed was there, so life was instantly a whole lot better. I managed to spend all of Sunday doing NOTHING work-related. Slept in 'til 10, took two naps, lit a mattress on fire (deliberately), watched a movie, drank some beers. Life is alright. 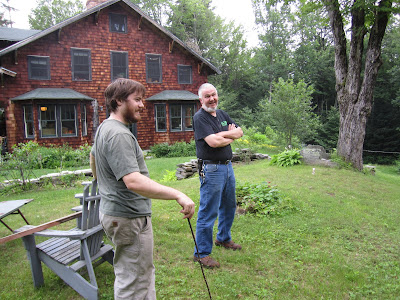 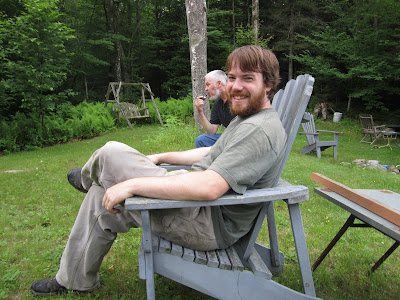 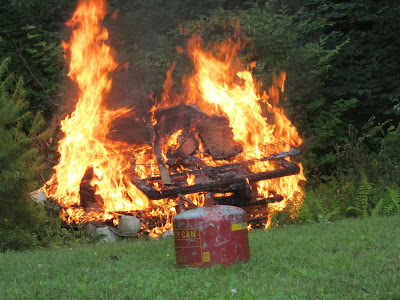 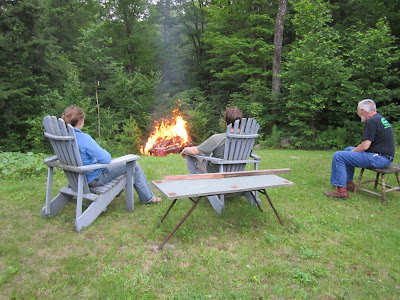 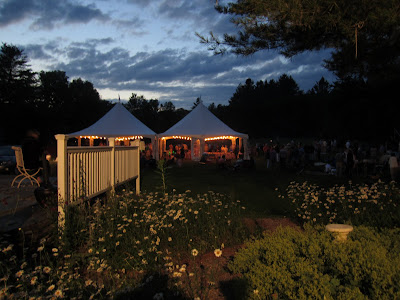 The 4th of July happens at the Landgrove picnic. The fireworks were awesome, as always. 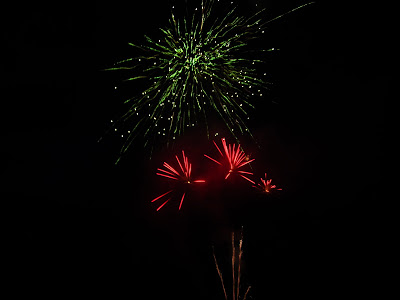 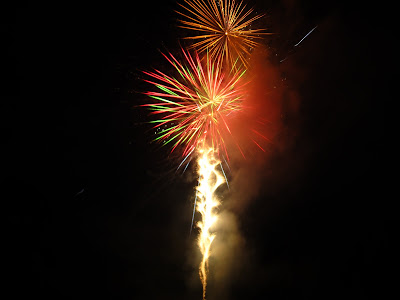 Now, it's frantically back to work for a day and a half, and then off to CSU's ski camp, in Winchendon. At least that one is close to civilization... but ski camps hold a lot less appeal when you don't really feel like rollerskiing. Bummer.
Posted by Alex at 2:00 PM

Damn you've been doing a lot of orienteering...hope the new car is sweet. The Birkie is only 7 months away.

I did not take a slip 'n' slide on purpose; I tried to stop short (not knowing if I should run to the lack-of-finish line or the punch) and took that massive slide. (It falls somewhere between hitting a pothole and endoing and falling on your iPhone but having the screen still work and hitting a streetcar track on your bike and flying over the handlebars and somehow sticking the landing in awesomeness. Yeah, I've been accident prone recently)

Actually, it was kind of fun. I'd do it again. When does orienteering start up again for the fall? I'm trying to run more these days.