Last weekend I headed over to Hamilton, ON with Zan and Anna for the Canadian orienteering national championships.  It was a long drive, but well worth it, as the event was incredibly well run, had two World Ranking Event races, and the weather was fantastic all weekend.  A brief stop overnight in Rochester let me see my parents and their new condo, too, and my mom made me cookies for the road.  Just like old times! 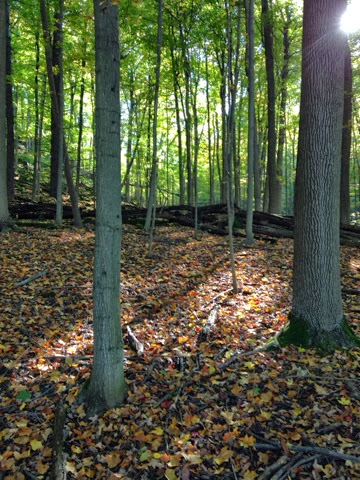 Beautiful forests on a beautiful day. 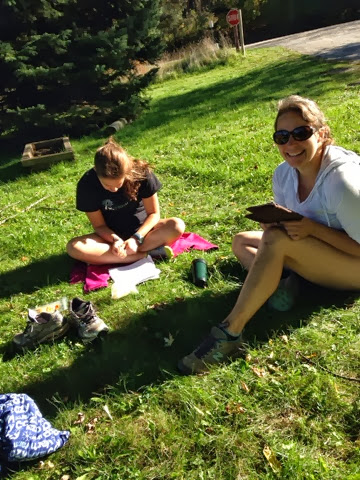 How to kill time on a nice autumn day.  No complaints here!

We swung by the model event at Canterbury Hills first, to check out the terrain and get a feel for the forest.  So lovely and open, though there were a few burrs at times.  We killed a few hours picnicking in the sunshine, and then it was time to move the party to McMaster University, for the WRE sprint.  Naturally, having three elite orienteers in the car led to us getting quite lost.  We decided that the best plan of action was definitely to find a coffee shop, so that we could both caffeinate and ask for directions.  Time was a little tight, because even though none of us started until 5:30 or so, we had to be in the embargoed area by 4:45 at the latest.  Thankfully, our coffee plan worked out great, and we swung into the embargo with 10 minutes to spare.  No problem!

The sprint was staged at this university, which probably meant there wouldn't be any tricks, but you never know.  I was pretty amped up, since I haven't done a high-level orienteering race since WOC.  My primary goal for this race was to find all the right controls, something I didn't quite manage at WOC.  My secondary goal was to do this quickly and smoothly, but that's sort of less important if you can't figure out the first part of this game.  Warming up, I knew the taper had worked; I had wings on my Inov-8s, barely touching the ground.  Today was going to be a good day.  I knew with this sort of feeling, I didn't have to think about speed, I didn't have to think about effort, that part would just happen.  Focus on the navigation.  Out of the gate it was all making sense, and I spiked my first control with a feeling of triumph.  Unfortunately, I hadn't quite read ahead enough to see that the staircase I wanted to take to the second control ended in a wall (with a door, but that's a bit irrelevant when you're sprinting), and I lost 20 seconds there, needing to backtrack.  That flustered me, but I got myself back under control and focused on spiking the third control.  Wahoo! 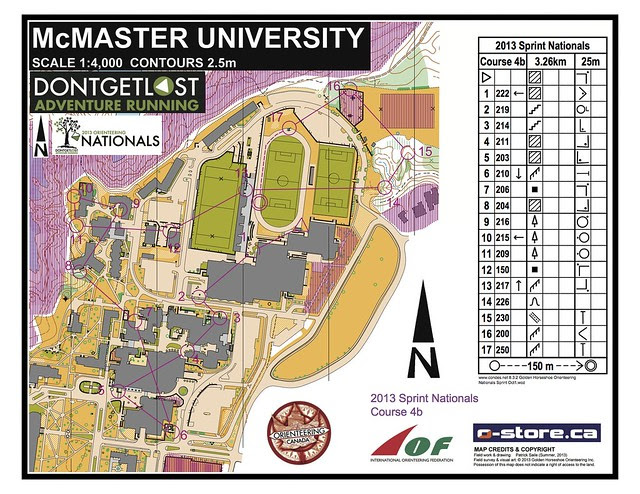 Into the 4th, and all of a sudden I can't see the control.  In reality, it's hiding around a flower bed, but I couldn't find it, and there's another 20 seconds lost, and panic sets in.  The flustered and panicked feeling lasts as I head toward 5, and I make a more serious mistake, trying to run up the wrong set of stairs again.  I know that I need to drop this feeling of panic, so I take a second to collect myself, and then carry on through the course, no more rushing.  By the time I hit control 13, which is next to the arena, I'm flowing again, and I see that the last loop is relatively un-technical, just running.  Pour it on!  I won three of the last five splits, and was 2nd on the other two by a mere 2 seconds, proof that I had legs under me today.  (Splits). I ended up in third, behind a Brit and a Canadian, both of whom are much faster than me on paper, so I was happy to be so close.  That result yielded me over 1000 WRE points, a first for me in summer orienteering!

We found a tasty Thai restaurant for dinner (accommodating the gluten-free, dairy-free, sugar-free, and vegans in our 15-person group...), for proper preparation for Saturday's middle distance WRE. This was held at Mineral Springs, a really fun area with lots of relief in the form of eroded hillsides with beautiful open forests. I was pretty pumped for this; my speed in the woods is pretty good these days, and I feel like my navigation has been improving.  Then I blew it, not seeing one of the three trails out of the start and orienteering my map with a trail that ran east-west, rather than with a north line.  This led to a 90 degree error out of the start, and five minutes of wandering around before bailing back to the start and trying to figure out what the heck went wrong.  That's a lot of time to lose on a 35min race.  After that, I was pretty angry with myself, and flustered and feeling rushed and trying to push the pace, and naturally, that led to more mistakes, nearly another five minutes over the rest of the course.  I was pretty upset, but there were parts of the race that went quite well, so it wasn't a complete wash, and I still got decent WRE points, somehow.  I also ended up third, when it turned out that the Swede/Canadian in second had actually mispunched.  At least I found all the controls this time! Splits. 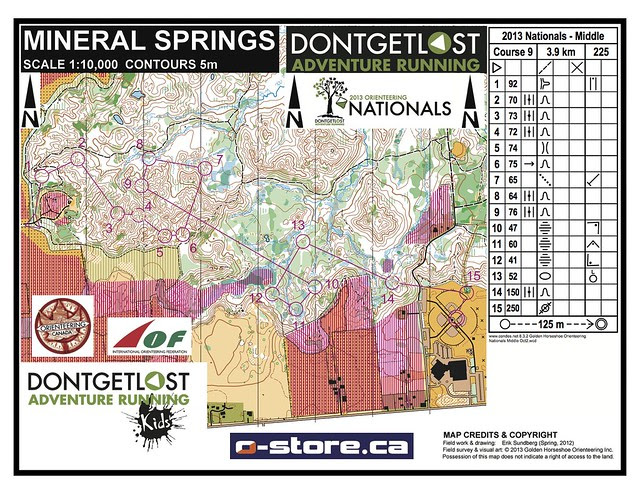 Women's elite course of the middle distance.  Check out all that contour detail!  Super fun =)

The meatball truck was on hand for some meatball poutine to soothe the hurt to my ego, and it was another gorgeous day that I got to spend outside with friends, so on the whole, Saturday was a truly fantastic day.  I just want to replay between about 11:14 and 11:20am. 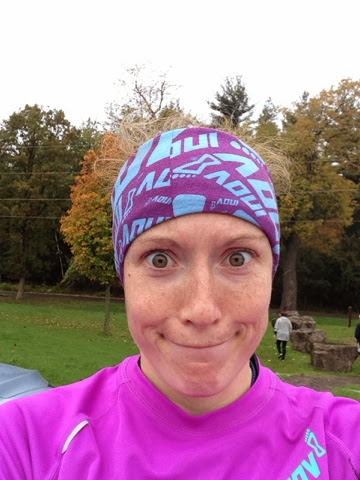 It's a mix of angry, excited, game on, and just totally nuts.  Don't mess with this crazy lady!

It was raining the morning of the long distance, but I was happy about that, as I figure the tougher the condition, the better I'll do.  Alas, the rain stopped and the sun came out before we started, but I was still ready to attack this course aggressively and cleanly.  No mistakes!  This was working for me the first 35 minutes, but then I missed 5 by a bit, and did some stupid things on the way to 7.  Still in the game, but you really shouldn't handicap yourself by going inefficiently to controls.  I was really enjoying the running out there, just nice clean dirt, no rocks, no brambles, and it felt fast.  I started going to 14 after 12 accidentally, and that cost me some minutes, but in the end those minutes wouldn't have netted me 2nd place, and I was firmly in 3rd by the time I cruised into the finish, a minute clear of the Belgian runner in 4th, but six minutes behind Katarina and nine behind Louise.  Yep, there's some room for improvement... but I'm happy with my run, overall.
Splits 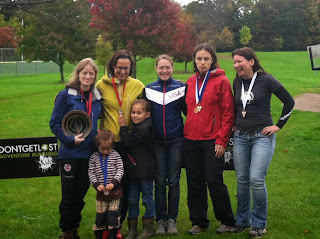 In the end, I can't complain about three podiums in three days. This is a big improvement, and I am relatively happy with the results. It is nice to see that there are some low-hanging fruits for me to fix with my orienteering, and that the distance running stuff seems to be paying off in the forest as well as on trails. I can't wait to test myself again in the US Classic Championships this coming weekend! 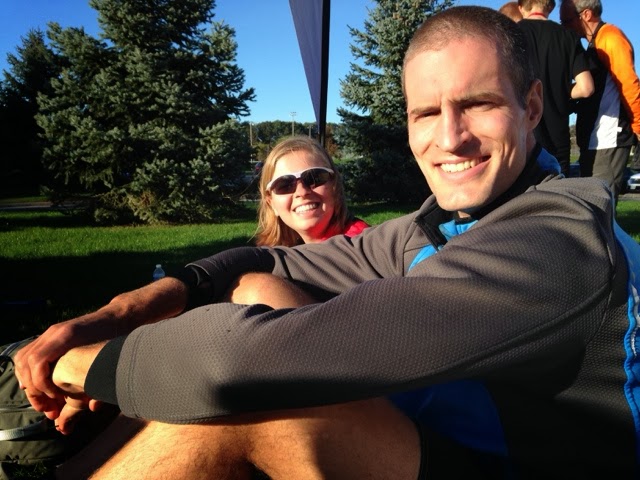 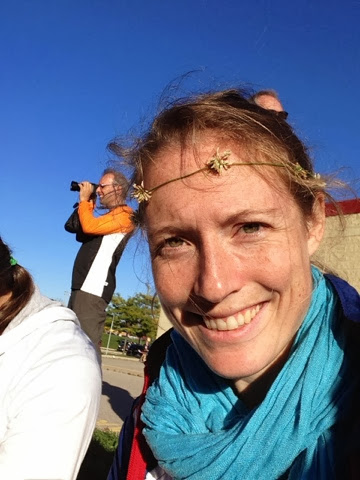 A crown of clover. 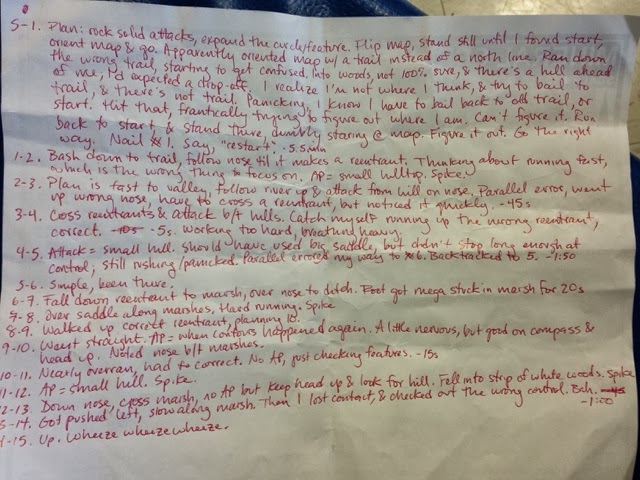 Sometimes it's cathartic to actually write out excessive notes on the course as a post review. 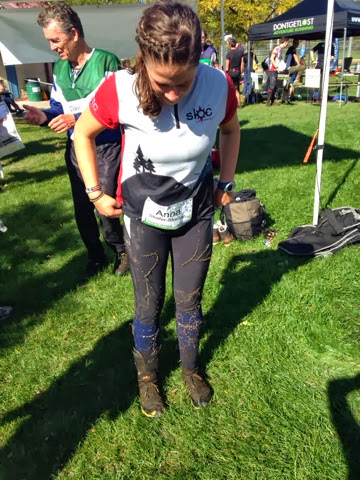 There were burrs.  These things stick to you and are nearly impossible to get off; they also give you terrible skin rashes from rubbing against your legs over and over.  Anna seemed proud of hers, though. The best way to remove them from your clothes is with an old credit card, just scraping them off.  Yuck.  Better than greenbriar, maybe. 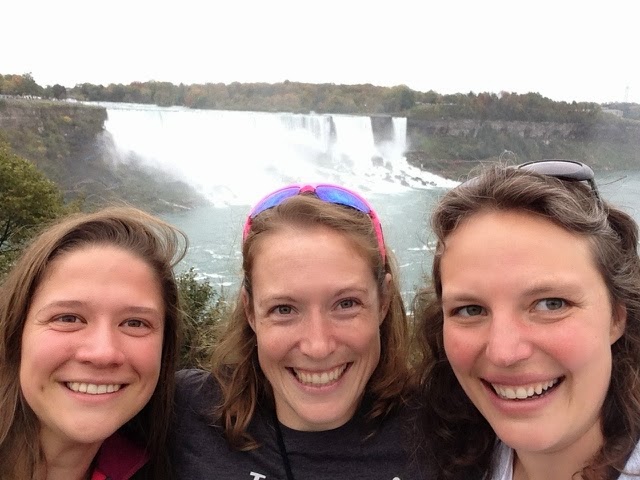 The Boston crew of elite women orienteers at a scenic view stop along the way home... never seen the Canadian side of the falls before!

Thanks for your post.We pay top cash for junk and scrap cars.
Towing is on us, so you don't have to worry about the cost of towing.
We are Based in Richmond, BC and offer junk car removal and pay cash upfront for cars.
Unlike most Scrap Car Removal companies which most of their revenue come from towing service not from junk car removal service,
our service is exclusively in scrap car removal business, and we don't do public towing.