March has all the fun marathons, but it also has all the big championship events for the juniors, and this year I put the coaching first. I coached at Junior Nationals for team New England, and then turned around and led the Massachusetts team at Eastern High School Championships.

Junior Nationals
JNs this year was in Lake Placid, the site of my last JNs when I was a kid. Unfortunately due to low snow they had to move the venue from Van Hoevenburg to the Olympic Jump Complex, which meant the courses got a lot less interesting to ski, with a lot more hill. It was about 60m from the bottom to the top, with very little recovery along the way. The NE team showed their fitness, and left nothing to chance, dominating the entire week. I was in charge of the U20 women's team, and they were a great group. Positive, supportive, and super speedy, headed by Julia Kern, who came through the CSU program. Now she's off racing World Cups, and she showed that she was at a totally different level during the week of junior competitions. Case in point: winning the sprint qualifier by 24 seconds. 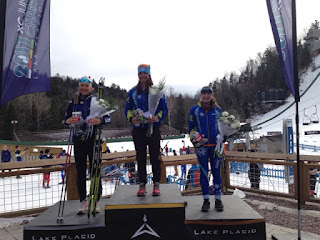 JKern and Mackenzie on the podium after the 5k skate 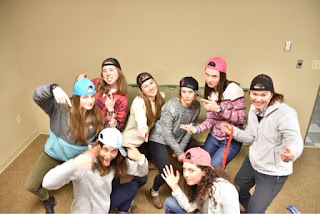 They called themselves the lady bosses. Pretty accurate.


I was super impressed with the quality of this event - the organizers did a fabulous job, with a "chillax" zone for the athletes, an ice cream social and ice skating during mid-week awards, and excellent facilities during the races. Team NE got to stay at the Olympic Training Center, which is always a cool experience for these kids. And with Superior Timing in charge, the racing side of things went off without a hitch. 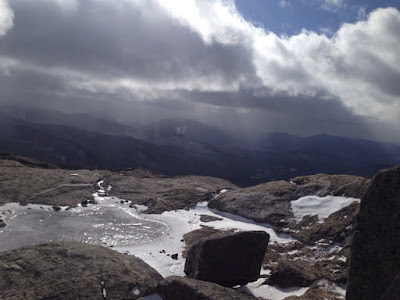 I may have escaped one afternoon and trotted up Cascade. love those high peaks. Thank you Inov-8 for my metal-studded Arctic Talons, or that would have been a sketchy run in places. The jumps made an impressive backdrop to our racing. We had a wide variety of weather, from sunny and 40+ degrees to snow squalls to -8F for the relay morning. Here, a storm rolls in during the sprint heats.


CSU had sent 7 current athletes to JNs; we came away with three all-Americans (top 10 in their age class) and everybody having at least one top-thirty result. Rob and I were there for coaches, but what's great about JNs is that the team is well-integrated, with all the kids hanging out together rather than club-by-club.

Eastern High School Championships
This year, Easterns was up at Mountaintop Inn and Resort, in central VT. We'd just gotten a big nor'easter dump, which allowed the event to use all the trails rather than their 2km manmade loop. That was almost too close for comfort, but the venue and event staff did a fabulous job getting everything packed and ready for the 200-odd skiers and their four races. I had a great coaching staff working for me, which meant that I mostly got to ski around and watch the races. (ok, I may have done a little more work than that given how tired I was on Monday, but largely, I just enjoyed skiing in beautiful conditions). 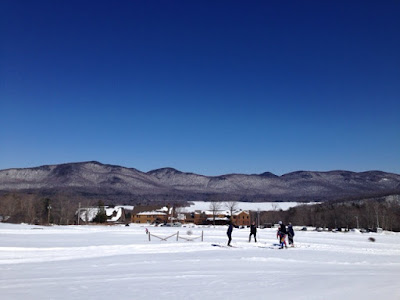 CSU qualified every skier who was of age (although two girls ended up not going, one because of illness and one injured), and most of them skied really well. We made up a large part of the team, with the Greylock ski team making up most of the rest of the spots, with occasional other kids. I was psyched to see them all getting along well; sometimes you have problems bringing a lot of ski teams together but most of these guys know each other pretty well. 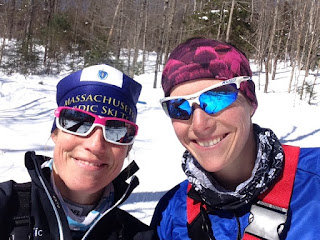 Maddy and I got out during the boys' classic race 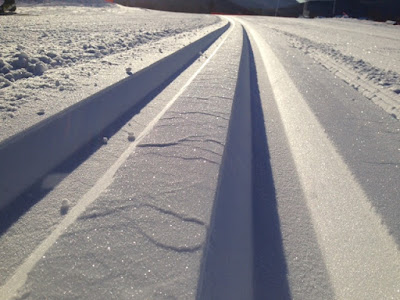 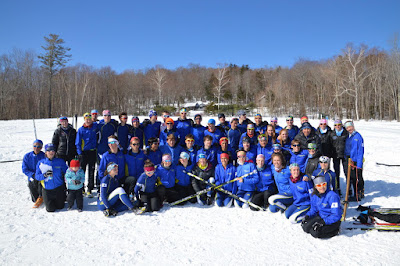 After the first three races (5k skate, 7.5k classic, and 1.2k skate), we were in third place, about 600 points behind NH, but only 130 points ahead of ME. VT was way out front with like a 2000 point lead. The relay teams are mixed gender, mixed technique, and our goal was to try and close that gap to NH. Our girls had been holding even, but the boys had been losing ground steadily every day, so this was going to be difficult. Luckily, the boys really upped their game, and we ended up winning the relay, and only a 30-point deficit to NH on the day! After first place our depth dropped quickly, but I was still really proud of the kids for all skiing well above their abilities. 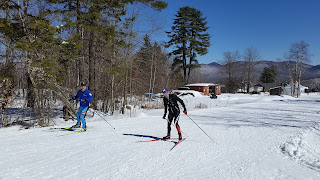 Frank and I out during the sprint race 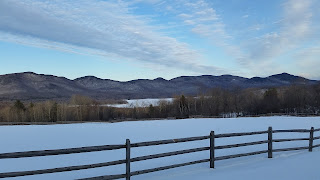 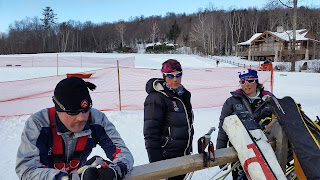 Jeff, Maddy, and I discussing who knows what. Probably waiting for doughnuts.

With that, the ski season is over. We still have some snow, so may eke out a couple more Tuesday night races, and I may have spent an hour practicing my jump skills at Weston yesterday, but I'm looking forward to the "off" season. If only for the relief from driving to practice!
Posted by Alex at 11:07 AM