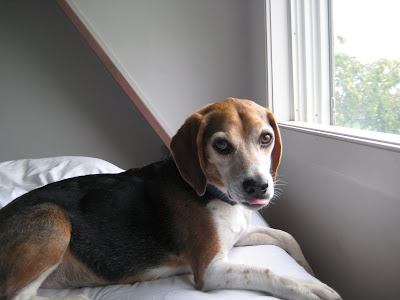 I went home last weekend. Mostly to see Rudi. I don't have much to say, just that Rudi is very effectively breaking my heart. He used to be this strong little beagle just shining and sleek, and now I can feel every rib, his spine sticks out, his collar is too big, and his poor swollen belly sticks out to the sides. A couple times he turned around to lick it. How much does he realize something is wrong? He does his doggie things though, he eats, poops, sniffercizes, and snuggles. I think the best Christmas present in the world would be to have Rudi there with us.

Christophe called us via skype from Cairo on Sunday, not that Rudi knew what was going on but I think it was good for the boy to see his dog. Even through the tubes that connect the internets (thats how it works, right?). Its called sniffercizing, and occasionally it turns up mice and voles or even baby deer. Tira kills 'em, Rudi eats 'em. 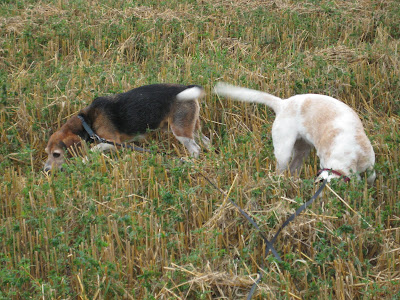