We had one day left in Mora, and because it hadn't snowed too much on Friday, decided to go back to the place with all the narrow trails we'd been at on Thursday. The snow actually made things really nice, since it was just an inch of fluff, and that made the trails much softer. Some sprint training, with a Swedish friend of ours (Leif), then a relaxed lunch and a nap, and then it was time to go pick up Ali. This turned into more of a fiasco than it should have been...

We were supposed to pick up Ali from the train station at 5:29pm, and so we left the apartment at 5:10 to go get her. We got to the end of the curvy road, and I'm just following, because Greg and Cristina have both been outside before to do things other than skiing (Cristina needed a diet coke last night), plus, they've both looked at a map. But they turned right at the end of the curvy road, and I thought we were supposed to go left. Meh, they know what we're doing. After much walking, we got to a train station, which was decidedly NOT the train station where we'd been dropped off.

At this point, the train was just about arriving, but no Ali. We headed back to the first train station, where we should have gone first, if I had just spoken up louder. Greg insisted that we take the scenic route, which took us by the lake, and while it was indeed scenic, Ali was actually walking towards town, along the road we would have found her on had we not taken the scenic road. Argh.

So, since we were at this point 20 minutes after the train, I headed back to the school, to see if she'd somehow found her way there (we didn't have an address and hadn't told her how to get there...), and the other two waited at the station. She wasn't there, and I got out my computer to see if we had any news - maybe (hopefully?) she missed the train? Anyway, Greg and Cristina got back then, because the next train wasn't until 7:30. But then I got a chat from Ali saying she was in the Best Western, so we went over to pick her up, where she was, very much in need of a hug and a friendly face. I felt pretty horrible - there's nothing quite so bad as arriving somewhere when you don't have any way to contact or get to where you're supposed to be staying, and previously-made plans aren't working.

To top things off, we haven't fixed our stove yet, but luckily Cristina talked to more strangers, and we used another random girl's kitchen ("Cristina! There's people! Will you go talk to them...?"), and when I ran downstairs to grab a spatula, Ali was sitting on the couch, covered in nutella, and giggling, so clearly, she's doing ok. 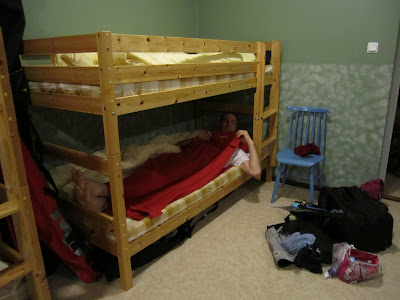 We were supposed to bring sheets, and Greg didn't get this memo, so he stole a couple blankets from Delta. They almost fit him. 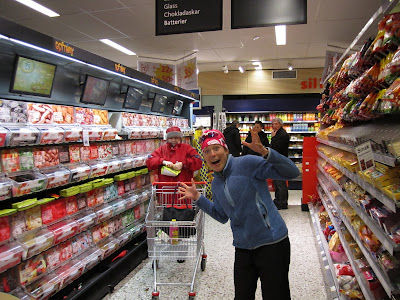 Let loose in a Swedish grocery store, the first thing I do is find the "health food" aisle. mmmm crazy eyes. 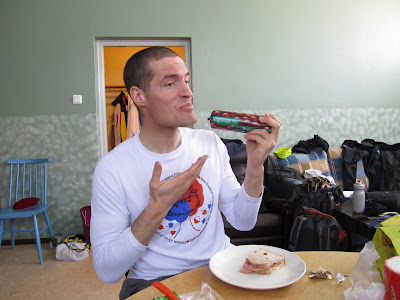 Greg, on the other hand, found a sausage of lingonberry jam. This is significant, because according to this thread on attackpoint, Greg had already eaten all the lingonberries in Sweden on day zero (context in the link).

I went for a quick run on Sunday before we left, and brought my camera. It was so pretty out! 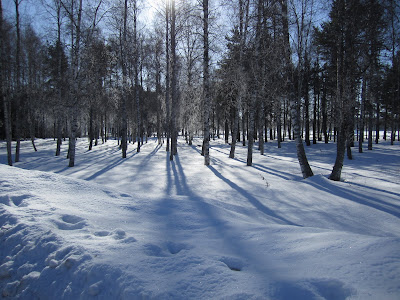 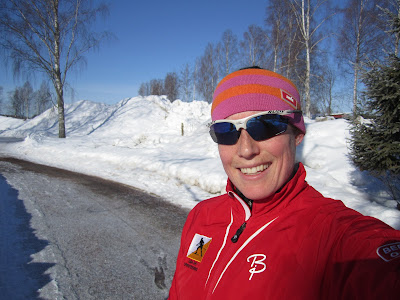 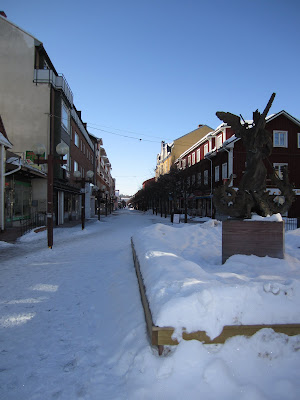 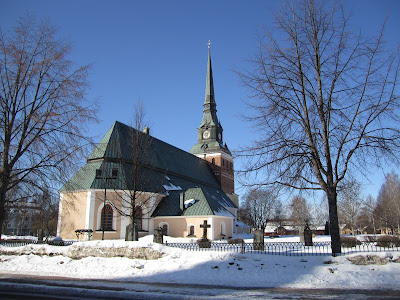 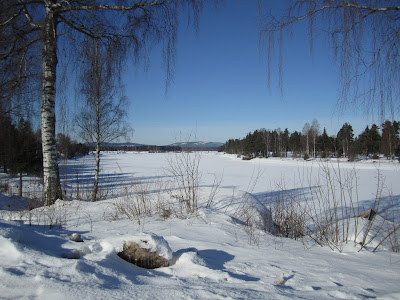 Now, we're off to Tänndalen with some Swedes!
Posted by Alex at 5:44 AM