Speaking of the snow that had been coming down all week... 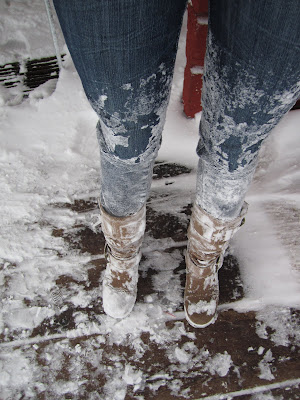 It had been dumping snow and blowing it all over the place for most of the week - walking down the path to breakfast, the snow was definitely above my knees!

The relay was the last race of the week. Ali was scrambling, after her fantastic race the day before, I was going out second, to try to hold whatever place she brought us in, and Cristina was anchoring. Cristina basically only came to Sweden to complete the relay team for us, and not being a natural-born skier (she bought skis 3 weeks ago...), she was a bit nervous. I can't blame her! The guys' team was Scott, Greg, and Adrian. 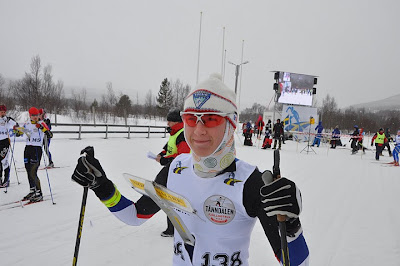 Ali started for us (clearly, not nervous here), and she skied well, although she described her race as shaky - she came in 6th, just behind Finland, Czech Republic, and Switzerland, and ahead of Sweden. Russia and Norway were off the front already.

Relay map. You may have to click on it to see the whole thing. Again, this just shows one of a couple possible forked routes, but it gives a good idea of the general routes people were taking. My #7 was between the two loops of trail, two contours higher than the one shown here. 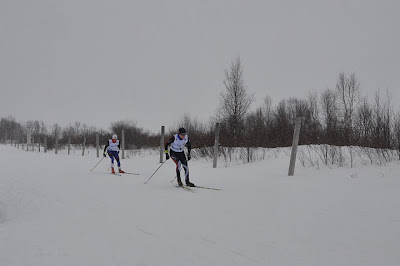 I took off just behind the Swiss girl, and let her block the wind across the windy field, and then we had different forkings. I caught the Czech girl just before coming back into the stadium, and actually climbed faster than her up the big hill from yesterday, so that was nice. The Swiss girl was just in front of me going up the hill, having had shorter forkings on the south side of the bridge, and having her dangling out there just uphill from me was motivating. I made contact as we double poled across the top of the map, and then I dropped her on the downhill, using this crazy trick called "good orienteering", while skiing like a ninja. I ended up putting 47 seconds on her by the tag zone, and came to the tag in 5th (Sweden had passed me on the climb).

Our time keeper had been negligent, and they weren't announcing any teams other than the top three at the pre-warning (lame), so Cristina wasn't actually ready for me when I came through. I came sliding around the corner, bellowing "CRISTINA!!!!!!" as I hadn't seen anyone in the tag zone - luckily, she was nearly ready, but that isn't exactly a relaxed way to start your leg of the relay... 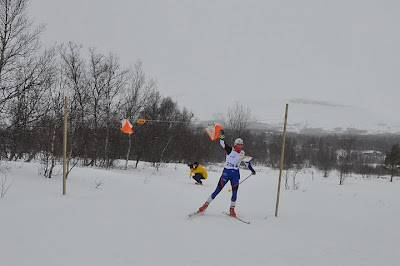 Punching at one of the controls with the touch-free EMIT system, which is an AWESOME way to have ski-o controls set up. 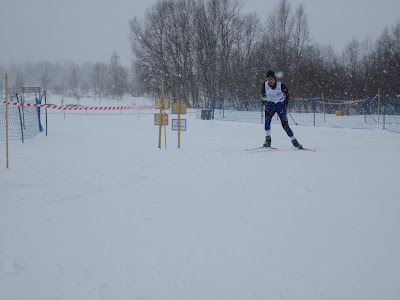 Cristina bringing it home, for 8th place! Switzerland and Czech Republic caught up to her quickly, but given that our major goal was just to beat the British team, this was actually expected. Lithuania caught up at some point while she was out there, too, but she held off many of the other teams, most notably Belarus, Hungary, and Japan, who I don't think we've ever beaten before. We were incredibly stoked about our finish, that was a really great way to end the week. The guys did quite well, too, finishing 15th. There are a lot more mens teams out there, but all three of them skied a very solid race. 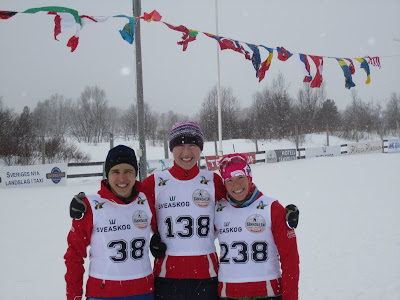 The US women's relay team! 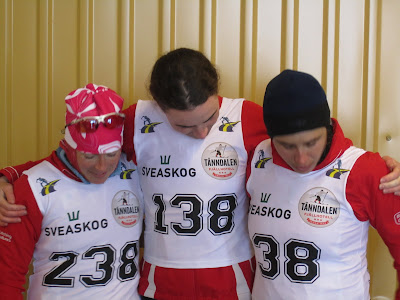 I don't know what is going on in this photo, but I think it's pretty funny.

I was happy to have finally skied a clean race, and a race that I feel good about. It feels so good to pick up places in a relay.

After the relay, we had a couple hours to pack up before the banquet, so I headed out for one last classic ski - for some reason, I'm happier when I close out the ski season with a classic ski, especially when it's on extra blue. This really made me happy, and the sun was out, and I had some views - it just cemented the feeling of finishing the week on a high note. 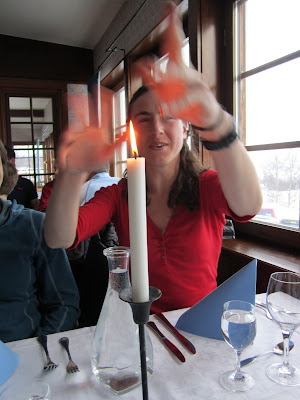 Ali playing with fire - she totally deserves being called an astrologist when she does stuff like that with her hands over the candles... 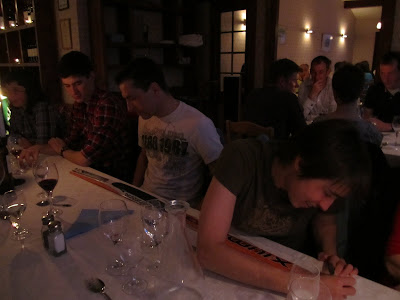 The organizers wanted each team to sign something and leave it as a souvenir (I think they were thinking poster, or something along those lines...), so, we autographed Adrian's broken ski, which had both the tip and the tail snapped off. 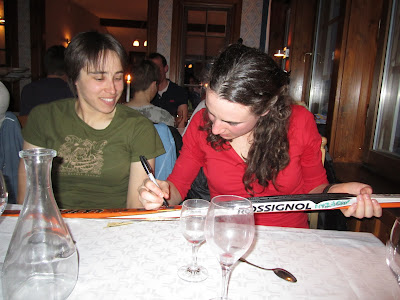 The banquet was good fun, but the 8-hour bus ride back to Stockholm with our closest drunken Russian ski orienteering friends at 1am was a little less enjoyable. At least Greg found some chocolate-covered muffins when we got to the airport. 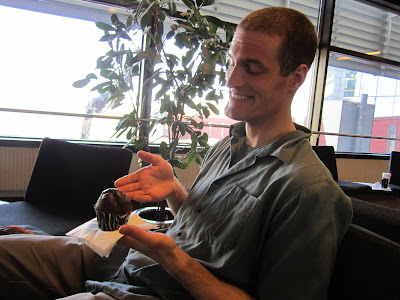 Another Ski WOC is in the books. It was hard to feel like I wasn't fit enough for it, but at least that is something that can be improved. At least I did feel like I was prepared for the orienteering bit, this year. I am excited for the World Cups next season - we have some really good energy going on the team right now, and I think it's time to take full advantage of that. Despite having had some disappointing races, I left this Ski WOC feeling like good stuff is underway, and excited for the future.
Posted by Alex at 7:15 AM