Running in the woods

I've been doing a lot of running in the woods lately, and it's been wicked fun. This, combined with being out in the field a couple days, combined with the end of the semester, has kept me sort of busy. But it's fun. I just need to come up for air occasionally.

Two weekends ago, I headed to Pawtuckaway for a day, in the company of Giacomo and Alexei, and confirmed my belief that Alexei may be a robot - he wasn't slowing down, even four hours and 35km later. I was pretty trashed, and Giacomo's legs were cramping to the point where he was falling over and whimpering, luckily we stuffed him with some Mcdonald's and a couple hours later he was able to walk again. It was a beautiful day to be in the woods, and we did a re-run of the long distance course from the World Cup at Pawtuckaway in 1992.

The map was at 1:15,000 scale, which made it a bit hard to read, because Pawtuckaway has so many damn features, but once you got moving it wasn't so bad. I did make a 22 minute mistake, which was humbling - nothing like a trip to Pawtuckaway to put your ego back in it's place, I knew the orienteering last weekend had felt too easy! 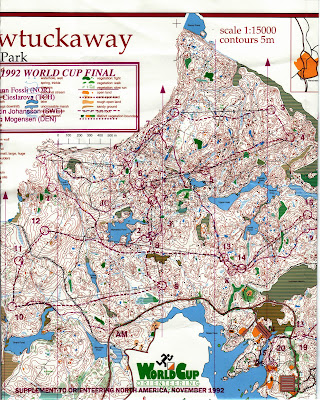 This map is a bit tricky to read, because it was printed for putting in ONA, with the routes of the winners on it, and both the men's and women's courses printed. I made it through #8 on the women's course before I realized I had to go back, if I were to meet Giacomo and Alexei in time for the next group training. 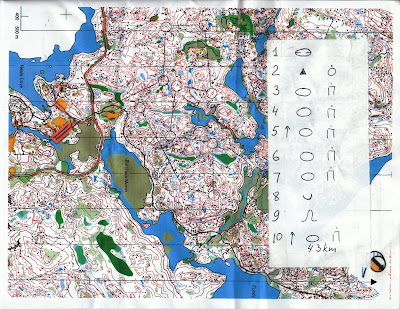 We ran this one together, trading off who was leading. It went really well, and I was feeling all smug, so I headed out on the next course expecting similar results. Unfortunately, I was more tired and dehydrated and hungry than I thought, and after about the third control, I was just walking. Not fun. 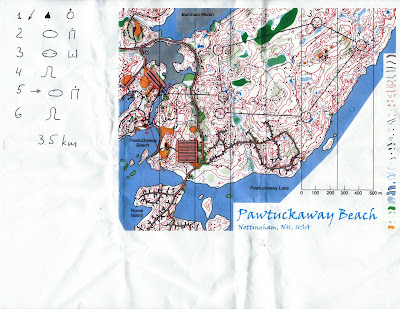 After a day of doing absolutely NOTHING (sometimes, you need those), I was recovered enough to jog down to Comm ave to watch the marathon. Our friend Chris was running, and we managed to find him in the throngs of people, but not to take any photos. Instead, I took a photo of the fast people: 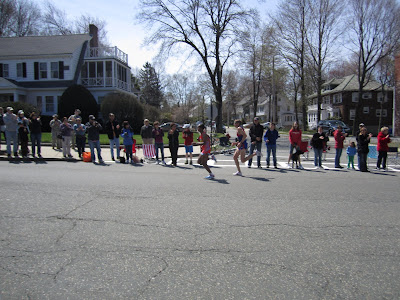 They were really speedy. It was impressive. Also impressive was the guy running 26 miles in a full gorilla suit, with the head thing. No way can you return that suit after that... 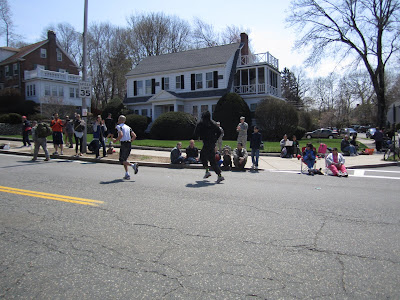 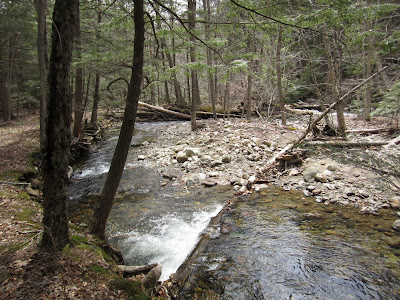 After some frantic fieldwork, attempting to get to all my sites in the Westfield in one week, I was feeling a bit worn down, but ready for the next adventure. And really, when this is work, how can you complain?

So, last weekend, a bunch of CSUers headed to Western Connecticut and Harriman, for a training camp and a local meet. The local meet was Saturday, in the pouring rain, but it actually wasn't as bad as I feared - just wet, not too cold. Although things had the potential to get cold when all my dry clothes were in Ali's car, and she and Ross took her car to get the far-off controls while I was running a second course. I came back to no car, and was about to collapse in a little heap of cold tired wet Alex, when Sam poked her head out of her car and invited me in. Phew. Disaster averted! 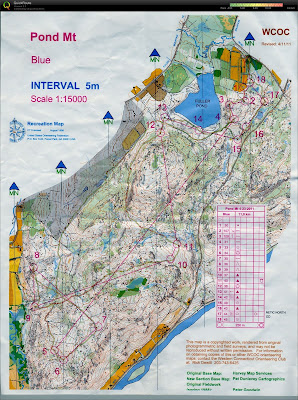 Route and course from the long race. I was slower than I wanted to be, but didn't make many mistakes, just one goof and one really bad route choice. 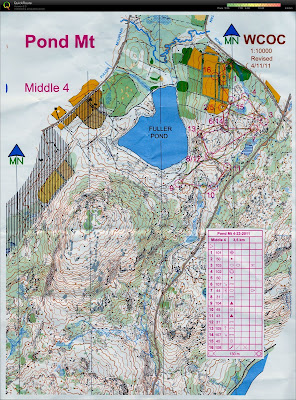 The second course - meant to be done against someone to make it fast and exciting, but everyone else had already started, since we had gotten there a little late.

We spent the night at Ali's parents' house in Poughkeepsie, which was great, and then headed down to Harriman Sunday morning. It was sunny and warm, which was pretty wonderful after the deluge on Saturday. 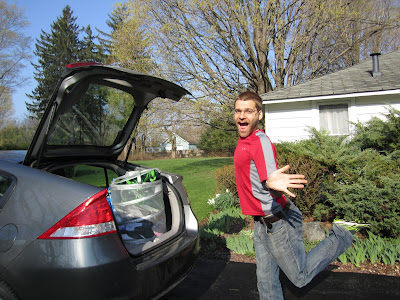 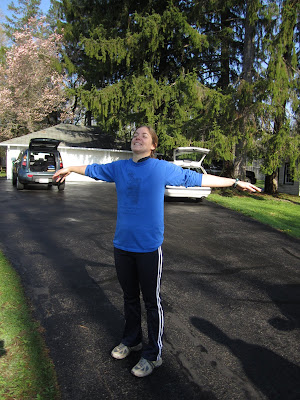 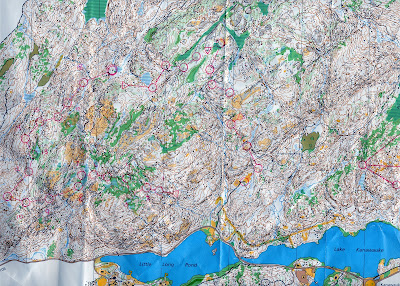 First exercise was a control pick, and then we headed straight into three intervals, of about 5-7min. We ran these interval start, so that you were always chasing or being chased, and that made things really fun. I jumped over a snake at one point, and made a very girly noise. I was surprised! 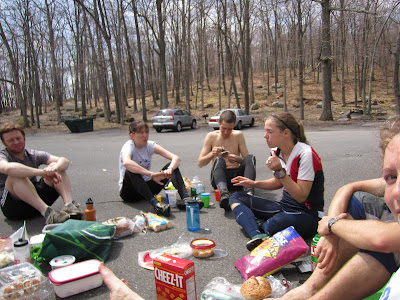 As tends to be usual at our training camps, we picnicked in a parking lot, just loving the sunshine, and trying to guzzle enough water that we could finish the day's training. The second exercise was a corridor training, where you're supposed to use your compass to go straight. It's a lot harder than it looks. 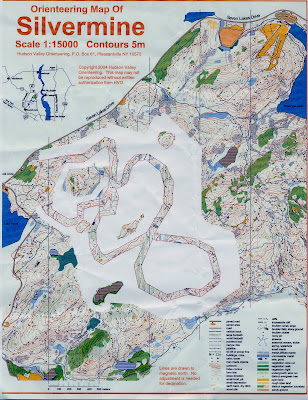 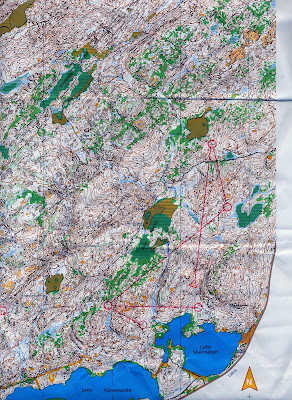 After that, we headed out one more time on a route choice exercise - run in pairs, and meet at each control to discuss which way you're going, and see which one is faster. This was really fun, but I was really tired at this point. Too much fun for my own good! 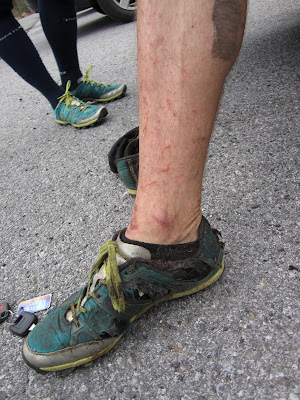 You know it's a good day when legs and shoes look like this at the end...
Posted by Alex at 9:17 AM