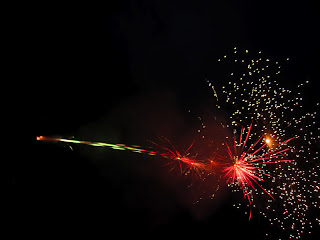 I wanted to do one more 5k race before heading to Switzerland, and chose to do the Northampton 5k a week ago last Tuesday, on a hot, but dry, day.  I do hope to break 20 on that course, but honestly, I'd be happy with anything faster than the previous one, which was a 20:39.  I decided on a new plan, to start a little slower down the first hill in hopes of having fresher legs, but all that did was to make me breathe a lot of dust and dry out my throat.  Oops.  Passed all those people on the downhill, anyway.  Downhills are fun!

My legs were feeling a bit heavy and sluggish on the flats, but I felt better and better on the hills, which was pretty cool.  I began to reel in some fast starters by mile 2, though usually I'm the one being reeled in, but I was also starting to hurt by mile 2.  I tried to remember to keep my arms relaxed and swinging, and brainwash myself into bad-ass-ness, and that got me up the big hill beginning mile 3.  I heard some breathing bearing down on me as I crested the hill, and I couldn't hold off this unseen attacker, he caught me a short while further, cheering, "go, Alison's teammate!"  I was wearing a US orienteering singlet, which I suppose gives it away.

James passing me gave me a brief spurt of energy, which quickly faded, but not before I could begin to brainwash myself into toughness again.  I put in a surge up the last little hill, screaming at myself "NOW is when you find out how bad you want it!! You want this!"  And over and over and over - "I want this! I want this!" It may have been a lie - hell, this is just a Tuesday night race - but my brain is dumb enough to believe what I tell it, and I pushed that last mile hard enough to break my PR on that course by 18 seconds.  I usually run the last mile in 7:10+, this time, I was 6:54.  I'll take it.  Mental toughness is something you have to practice, and it feels good to have it working for you.  I ended up 4th overall, in 20:22, mostly because all the fast people didn't feel like showing up, but that was in the money!  First time I've ever won money at a running event, what a pleasant surprise! 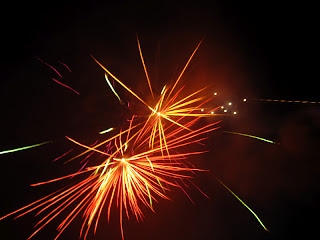 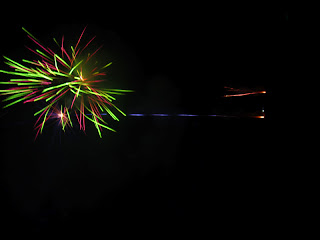 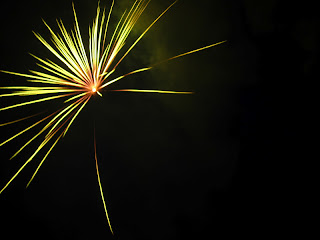 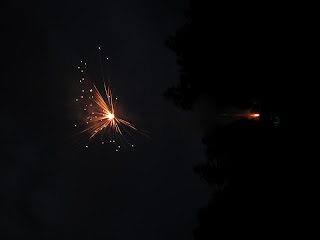 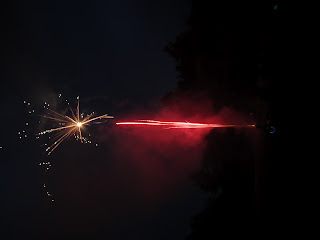 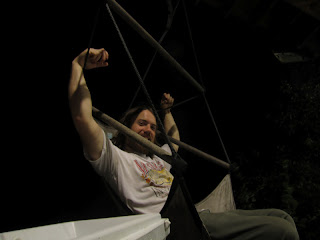 And then because my life is crazy, I went from there to VT for the 4th, then back to work for a day, then back to VT, then down to Baldwin Hill to do some orienteering, then on to Winchendon for the CSU ski camp, where I am right now.  Tomorrow, I leave for Switzerland.  I plan to ignore the fact that I've felt tired ever since this 5k, and brainwash myself into feeling like a bad-ass again.  Boo-yah! 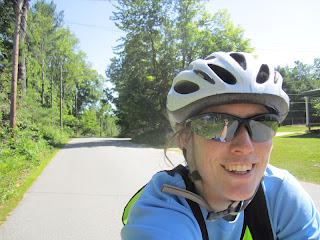 When you hit that hill @ mile 2.1, take it easy -- it's so short that running it fast vs. slow gives you almost no advantage. I consciously slow my breathing and heart rate down while ascending the hill and even bait people to pass me and just let my calves push me up. Once I get about 10' from the top of the hill and I'm feeling relaxed and breathing easy and a few runners have edged passed me, I take off and rocket past them with just about everything that I've got. As soon as you crest the hill there's a small downhill and I hit that hard -- It gives me both a huge mental boost and a lot of momentum coming off that hill. Also, I don't burn out on the hill because there's another small -- but annoying -- hill coming up in about 0.5 and that's where I put the hammer down and round up the last few stragglers who wasted all their energy on the big hill.

I love that course, especially since there's a good hill in mile one but mile two is basically easy and downhill & good to run steady. It's great to stragegize there. Lots of turns, hills and bad footing sometimes & good to save a little gas in the tank (it's easy to go out too hard there) because the last mile is the most fun of all. Great course, great community, I'll be bummin when the races end in late September.