Last week marked the third stay-at-home training camp week of the spring, where I try to orienteer every day of the week.  I think this was the most productive week yet; I felt like I got a lot of technical help out of each session.  Though by the end, I was certainly tired - 52 miles is a lot for me, and I had plenty of quality this week, too.

I started the week with a day off (well, a bike commute, but no running), deciding to "count" the training I'd done at Rocky Woods on Sunday as part of o' week.  I ran the blue course first, and then a contour-only training exercise (see maps in last post), and I found the terrain physical enough that I was pretty tired by the end of the day.  I had some training buddies join me for various days last week, and that definitely helped the motivation - Tuesday morning, Brendan met me at the Fells for some early morning window training on a map with no trails on it, and that definitely stressed my brain. 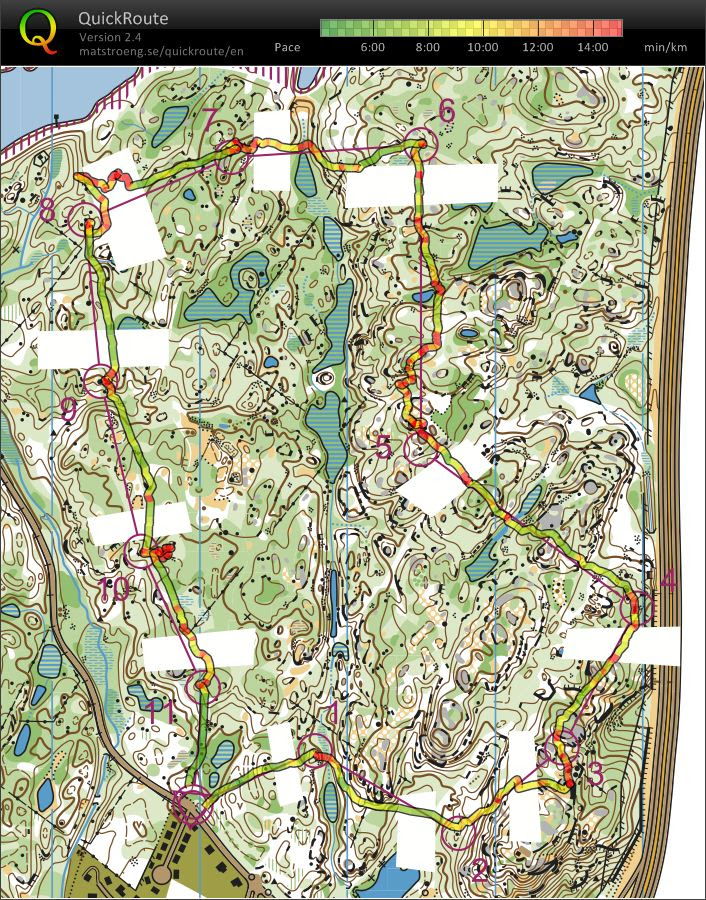 (Brendan's map, not mine, but you get the idea)

Tuesday afternoon I was coaching, so while the juniors did their tempo workout at Hammond Pond, I ran through the woods, at an aerobic pace, but still bashing through blueberries and reading a map (from Finland, prepping for the long distance race there!). This wasn't too tiring, thankfully, and was specific to orienteering, too. Best way to do a tempo!

Wednesday morning it was back to the forests, this time in Franklin Park. I thought that Brendan and Anna were both going to join me, but it didn't quite work out. I did a warmup on a control-pick exercise, where the focus is on direction changes and keeping your head up reading features, and that went well. Then it was on to some "o'tervals" - basically, 6x~3min intervals, where the first leg gets you moving really fast through open terrain or on a trail, and then you have to use your brain. This was great, and despite the rain, I felt super strong and the orienteering went well. That's how you're supposed to do your intervals! Thursday was the CSU park-o, another high-speed activity, since this one was at Mystic River, which is pretty open and not too technically challenging. I couldn't get my legs to run fast enough, despite wearing obscenely bright knee socks (shouldn't that make me go faster? come on!), and three boys beat me. Darn!

Friday was pouring rain, so I had to cancel junior practice, which would have involved lying on the grass in the rain doing core exercises. Unpleasant. So instead, I went on a mini-adventure, this time with the company of Ari. The plan was to do an evil corridor training at the Fells, again on a map with no trails. The pouring rain only added to the fun, right? We jogged over on trails from the T, then started out together, with Ari following and trying to glean some wisdom from my narrations as I toodled along. The exercise started with a line-o, so just following aline on the map, but with full information on the map. Then it transitioned to a corridor, where you only have the information within the corridor. And then it transitioned to an inverse corridor (evil!), where you only have the information to either side of the corridor, but you can't see the actual features you're running on. The rain did not make things easier, though it does let you slide past greenbriar a little easier. 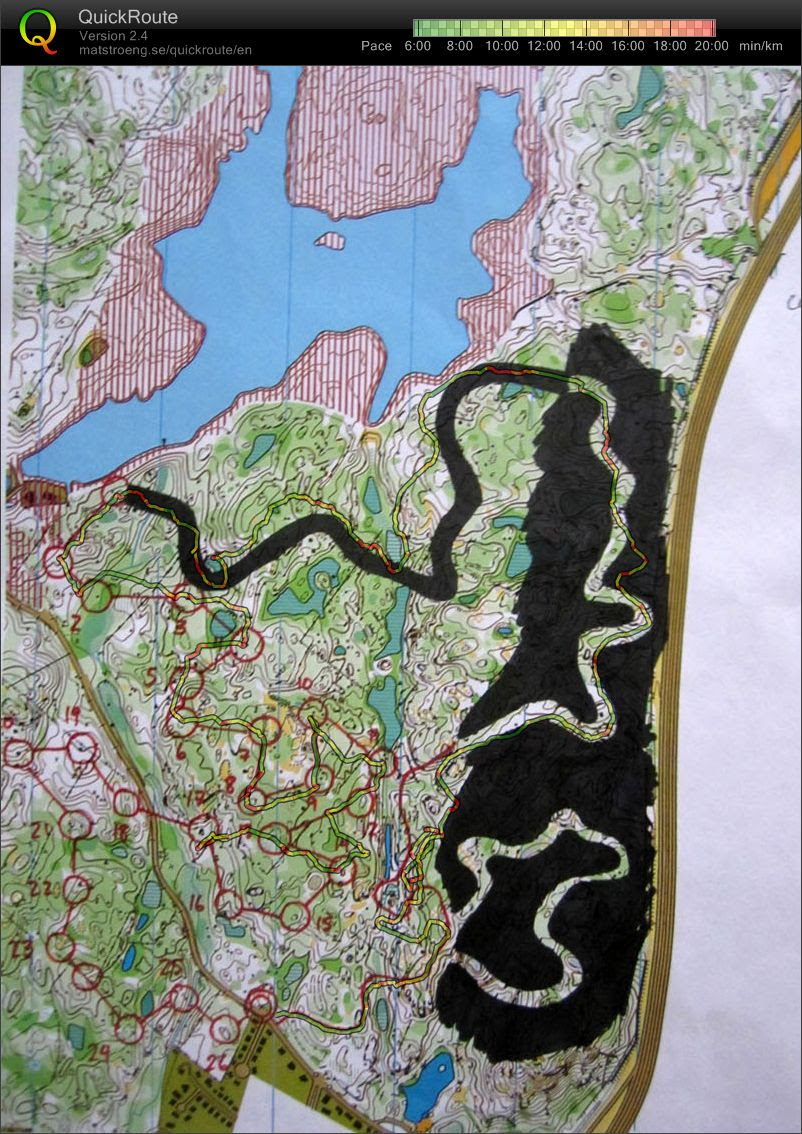 This was super hard. I didn't do all that well, and by the time we finished the inverse corridor and started a control-pick, my brain was pretty well fried. Eventually we abandoned the control pick, both too cold and hypothermic to continue, and ran out to the road to catch a bus to anywhere, find some hot food, and bail out to home. brrr. The rain made that slightly more epic than was strictly necessary, I think.

Saturday Ed and I headed out to Nobscot Reservation, for the NEOC meet that Ian and Ali were hosting. I wasn't feeling too full of energy, so decided to just cruise through the course, focusing on direction leaving the control and sighting big features so I could simplify. This went well, but Ian F snuck ahead of me in the results, by only 12s! D'oh. Brendan crushed us both by 12 minutes, so I guess I should just shut up and get faster. But it was so nice to run in terrain that was easy running, no greenbriar, and simple to read, and open to see, making the whole ordeal quite enjoyable, at least compared to Friday's ordeal.

Sunday was the last day of o' week, and I managed to convince Ian, Ali, and Brendan all to come play at Lynn Woods with me. We hung some streamers, then did a warmup on a corridor, to get the brain engaged, and then it was time for more o'tervals! We staggered the start by 30s, and it was super fun to race against people in such great technical terrain. I think we were all pretty exhausted by the end, but it was a great training. 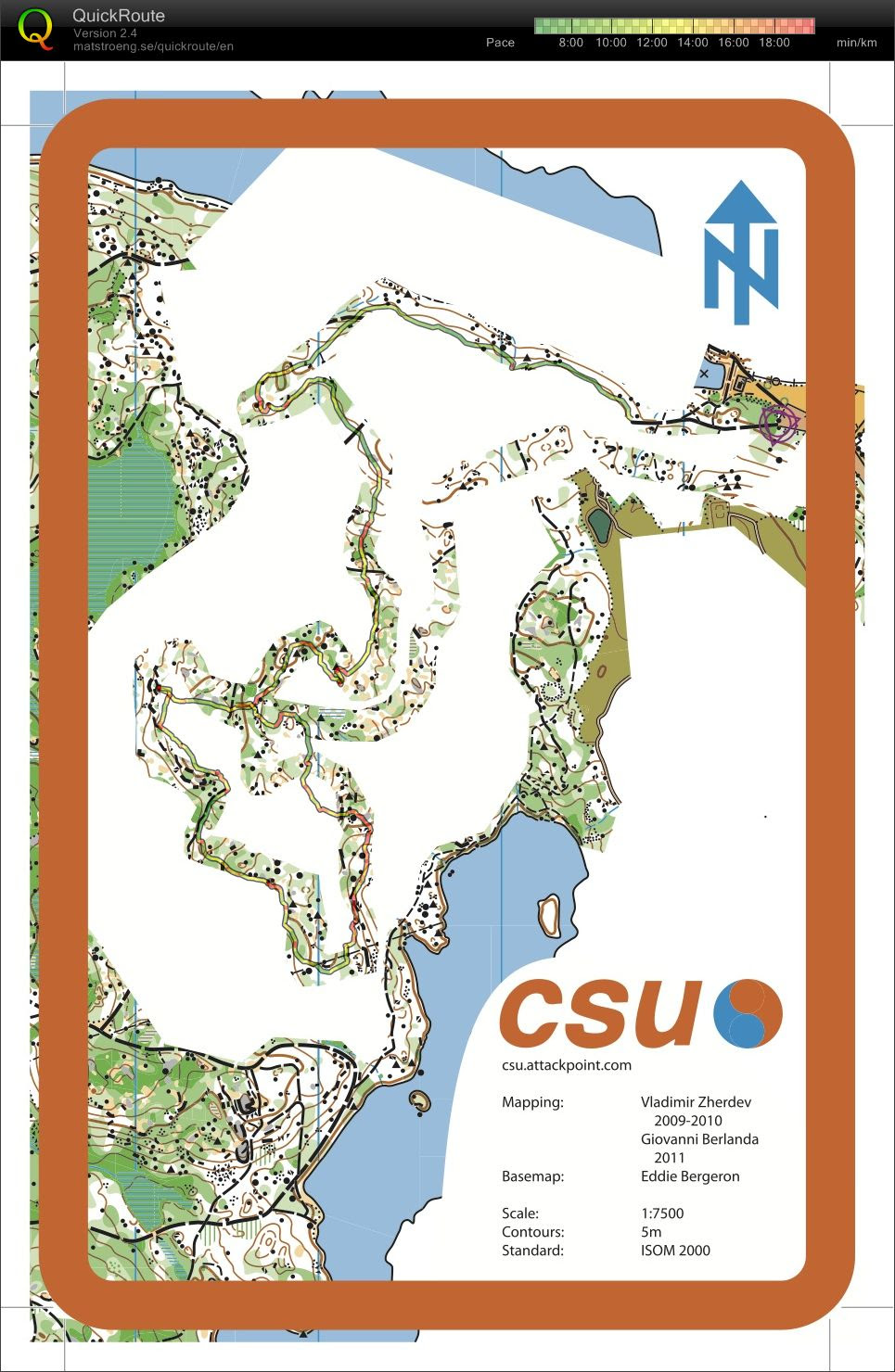 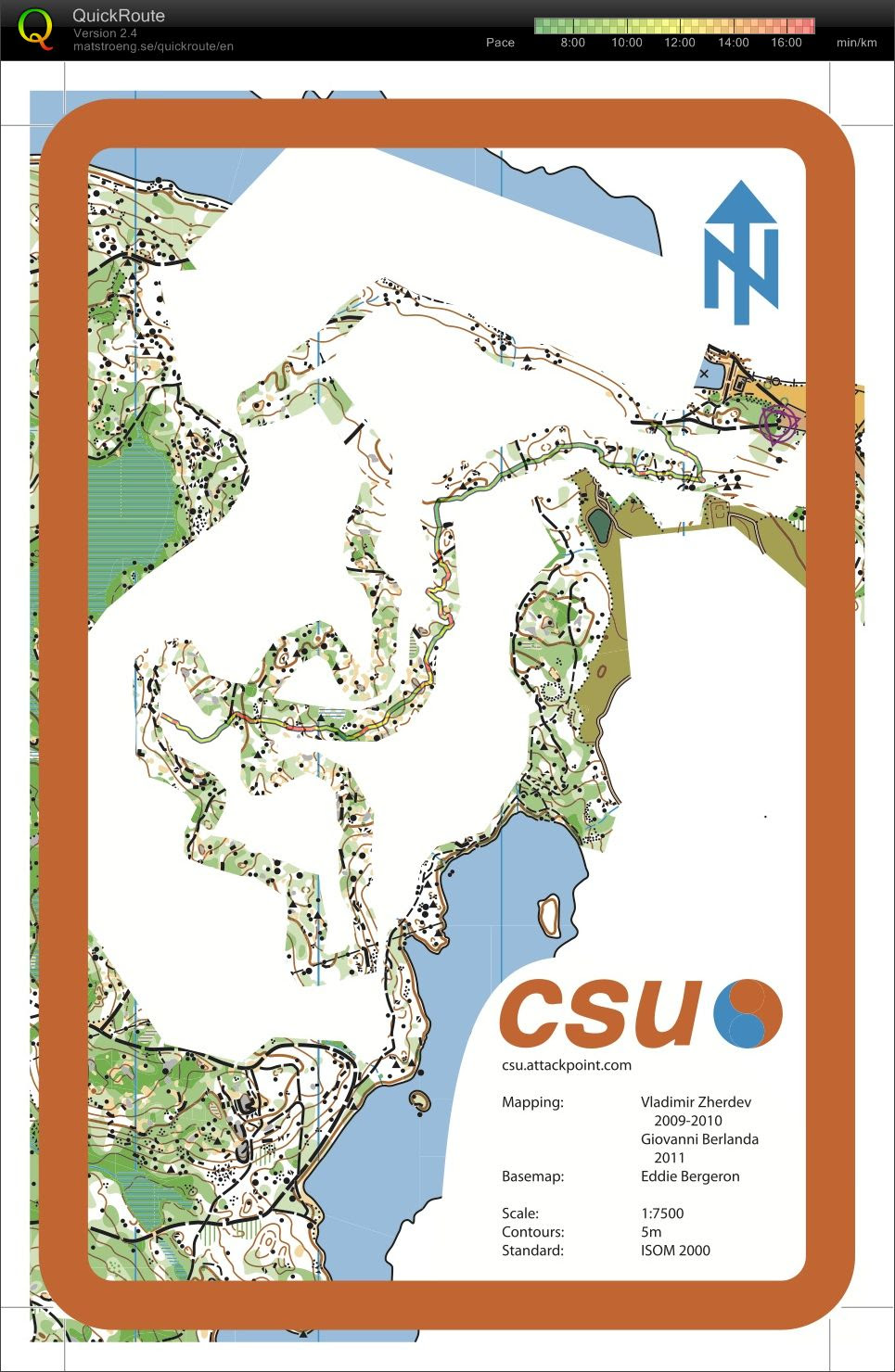 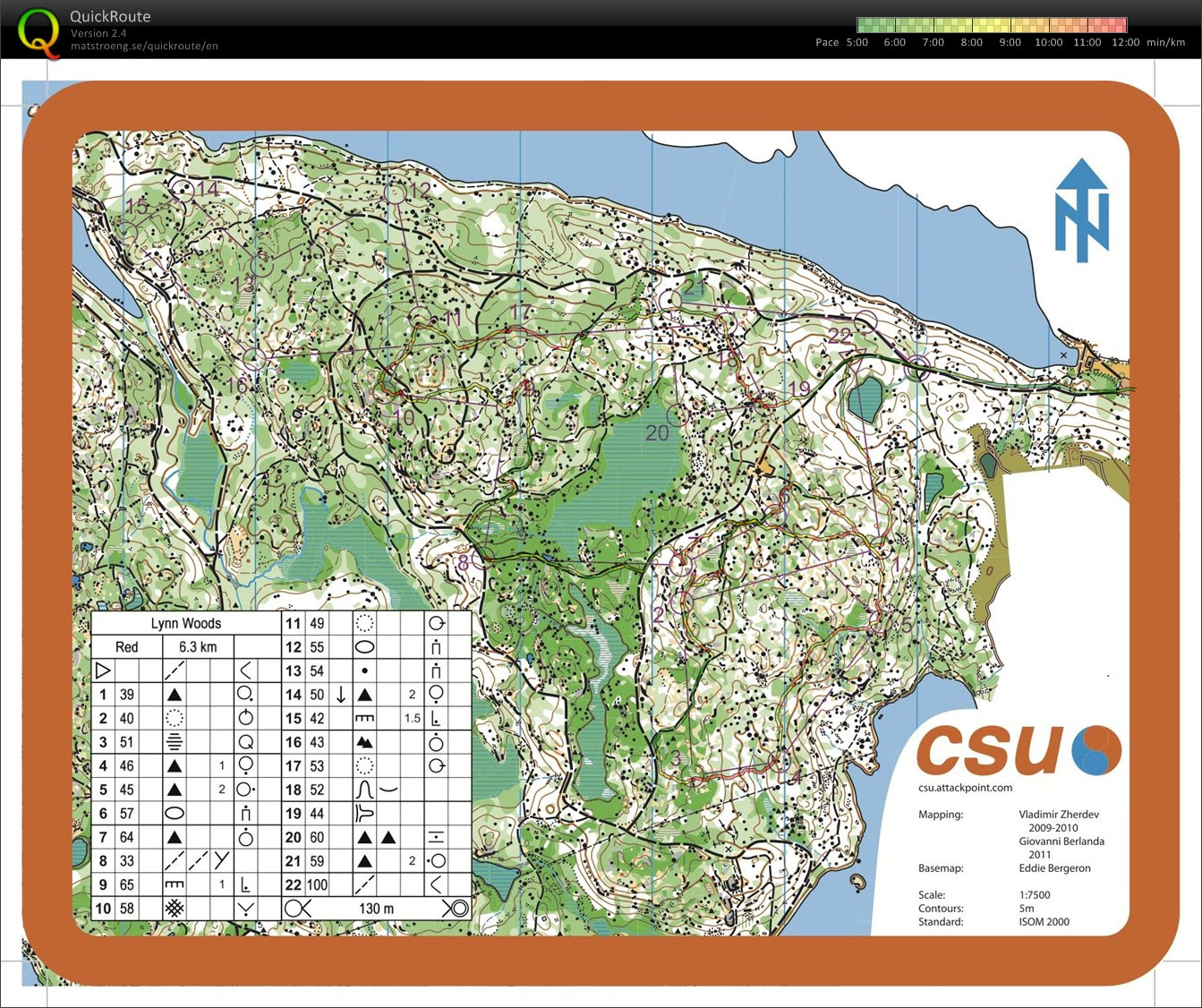 I'd have loved a nap just then, but I was coaching again on Sunday afternoon, and it was the long run practice, so one trip around the Skyline trail at the Fells, and THEN I was done for the week =). Beautiful day for running, so I certainly didn't mind!
Posted by Alex at 11:37 AM