The 2013 World Orienteering Champs is a wrap, and I'm sitting in an airport most of the way home, playing the woulda-shoulda-coulda game and wondering what needs to change for next year... these championships did not go the way I had hoped.  I came into the week in the best shape of my life (if 3k PRs can be used to determine that), got into the terrain early enough to truly feel like I understood what was coming, and I was in a great state of mind, confident but not blind.  Unfortunately, it didn't pan out the way I'd hoped.  I screwed up the physical preparation, with a bit too much fatigue in my legs, probably because I was too much a slave to the plan.  The plan was supposed to make me fast, but I did not take weather into account, nor the fact that my body has not responded to tapering the way it used to for the last two or three years.

I also managed to pick up some sort of low-level virus thing, leading to lower energy levels and a stuffy nose all week.  Exactly what you want when it comes to performance!  Standing on the start line of the long distance qualification, I had a whole pocket full of mantras to trick myself through the race, but it wasn't enough to overcome the sheer exhaustion I was fighting through from the get-go.  I made two errors in the race, but the lack of oomph in my legs was the big limiting factor, and I spent a few hours after the race with chills and shakes and nausea, which may be from the heat, but may be related to the cold.  That race was so sub-par, the points I got from it were the lowest I have gotten since 2010, when I still didn't really know how to orienteer.  Not how I wanted to start the week.

Tomorrow's another day, so immediately upon finishing the long distance, I started recovery, mental and physical, for the sprint.  Lots of fun when you have heat chills and just want to curl up in a corner.  I managed an afternoon jogeroo after an afternoon nap, and that helped the legs wake up a bit, enough that I was actually feeling human by sprint morning.  I nailed my warmup routines, with the major theme of my race plan being anticipation - always know what is coming up next. 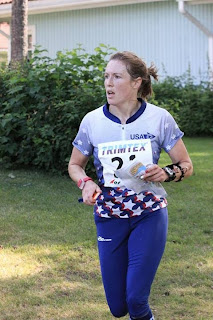 I flipped the map and started running, and the course laid itself out in front of my eyes; fairly simple, quite flat, but with all houses and shrubberies looking identical, it was important to stay in contact.  A few brief hesitations here and there, but in general I could keep my head up and absorb information from the map quickly.  By about two thirds of the way through the course, I was starting to feel the effort of yesterday, and my legs picked up that sluggish feeling when you stop clearing the lactic acid as well.  I pushed through to the finish, and though I didn't feel super quick, it felt like a solid run.  Unfortunately, when I downloaded, it became apparent that I had not gone to #9 - I had gone to a different course's control, and because that control had had the code of 109, I brainfarted, and "109" overwrote "136" that was supposed to be the code.  I'd been reading ahead for the long leg to 12, and run at the control in the right direction. 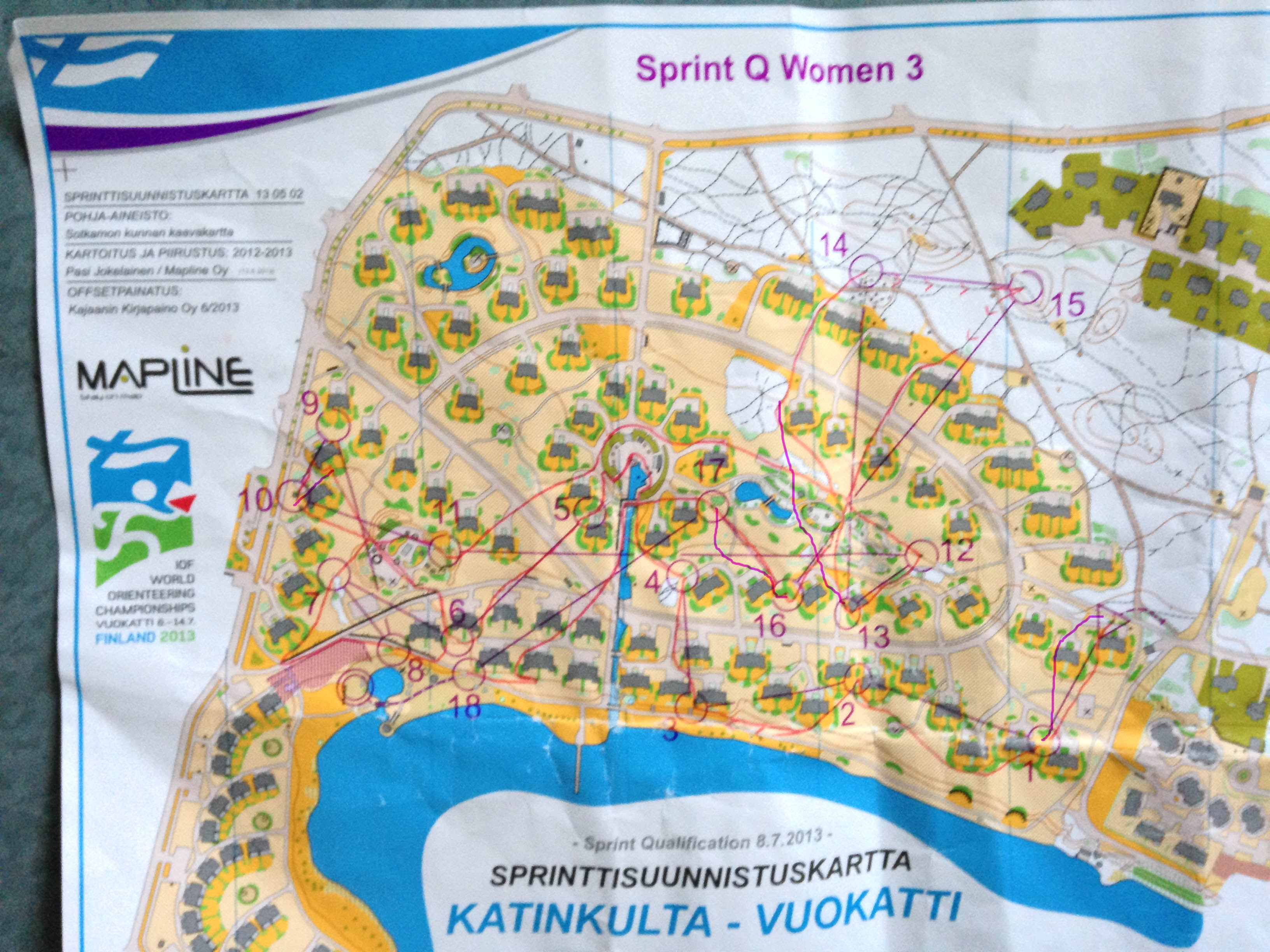 This one hurt.  Being slow is pretty painful in and of itself, but failing at the overall concept of the game - find all the controls, in the right order - is worse. 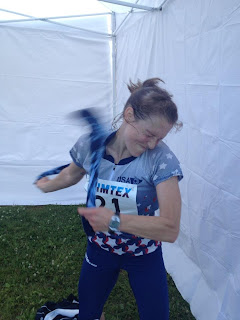 I was not selected to run the relay.  Hannah was totally deserving of that spot after yet another demonstration of her ability to navigate well and quickly in this terrain, so my WOC was over by lunchtime on Monday.  I think I managed to stay positive for the rest of the week, and be supportive of my teammates, and it was definitely exciting to watch Ali run so well all week!  But I am leaving Finland with a heavy heart.  It's not easy to put yourself out there, time and time again, to sacrifice and hurt and strive, only to fail to meet your expectations.  The sacrifice and the physical hurts and the emotional investment are part of being an athlete, but I'm going to need some time to repair my give-a-damn and my ego. 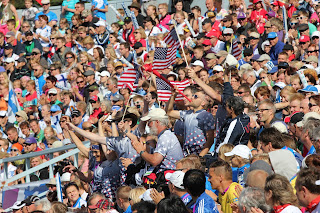 Team USA was the loud team. 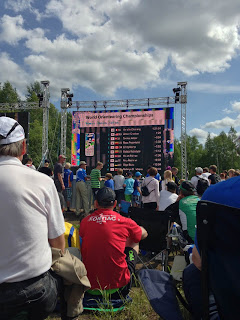 Ali finishing the long final in second place!  She ended up in 18th, which is the best ever finish by an American on the world championship stage.  Wahoo! 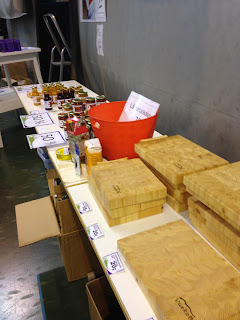 The WOC office was selling souvenirs.  Like cutting boards.  They looked nice, but I wanted a sticker. 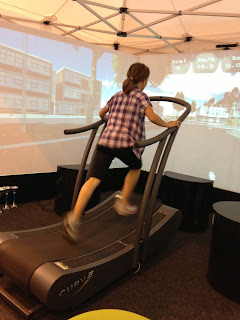 There was a treadmill thing set up that projected a map on three screens, and you could run through a sprint course using head and arm movements.  It was pretty awesome looking, but the line was always too long for me to be able to give it a try. 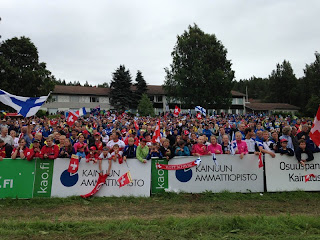 Packed stadium at the relay arena! 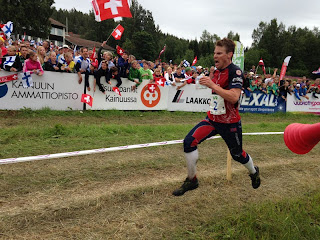