I decided last winter that I wanted to have a training camp at Pawtuckaway some time before I left for Italy. And I wanted people to come to it, so we could have some good head-to-head competition and training.  I managed to actually advertise the thing in time, and we had a good crew, about 20 people each day, come play in the woods.  Super duper thanks to the folks who helped hang streamers in the woods; that makes the training so much more productive. 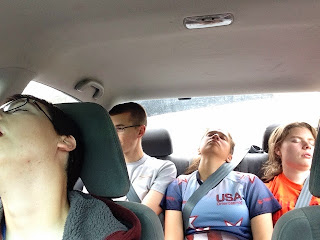 Apparently my car full of people on the way up north was sleepy.  We drove through some pretty big storms, but there was barely more than a drizzle once up there.  Of course, with wet trees, you're soaked pretty quickly once you start running in the woods, but it was nice to not be overheating. I did get a little chilly after taking an un-planned shortcut through a waist-deep mucky marsh... oops. 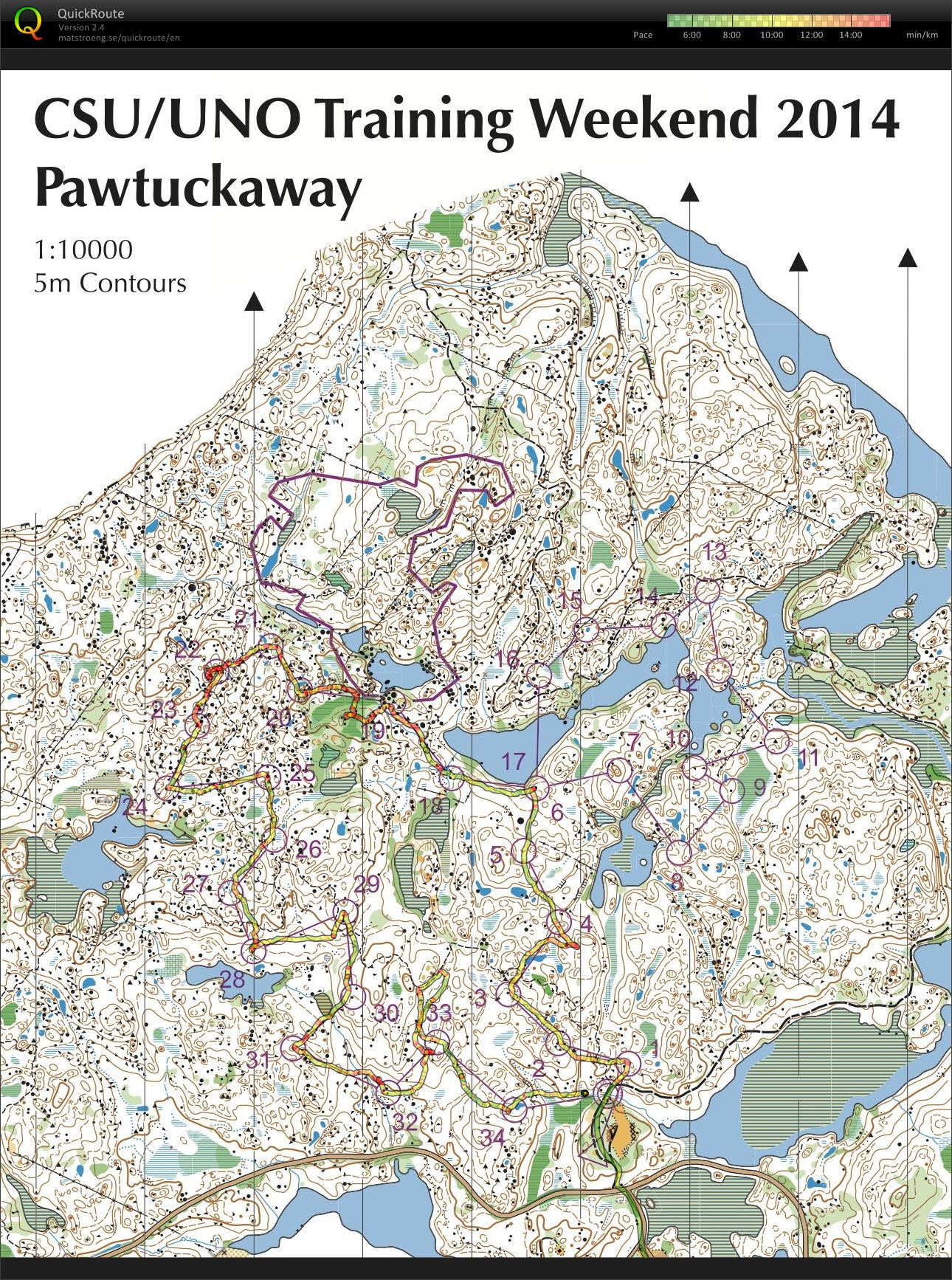 The map above is the control pick, an exercise where you are focused on good habits in and around the control circle, like leaving in the right direction, having a good attackpoint, and knowing what feature you're looking for. I was in need of some attitude adjustment, and I got myself straightened out near control 23, which, not too surprisingly, corresponds with higher running speeds and more accurate orienteering. Positive thinking works, apparently. Other exercises were a contour-only training, where all other information has been taken off the map, and a partner memory exercise, that two people do with one map. The first person has memorized the route to the first control, and leads the way while the second person follows behind memorizing the route to the second control. All lots of fun. 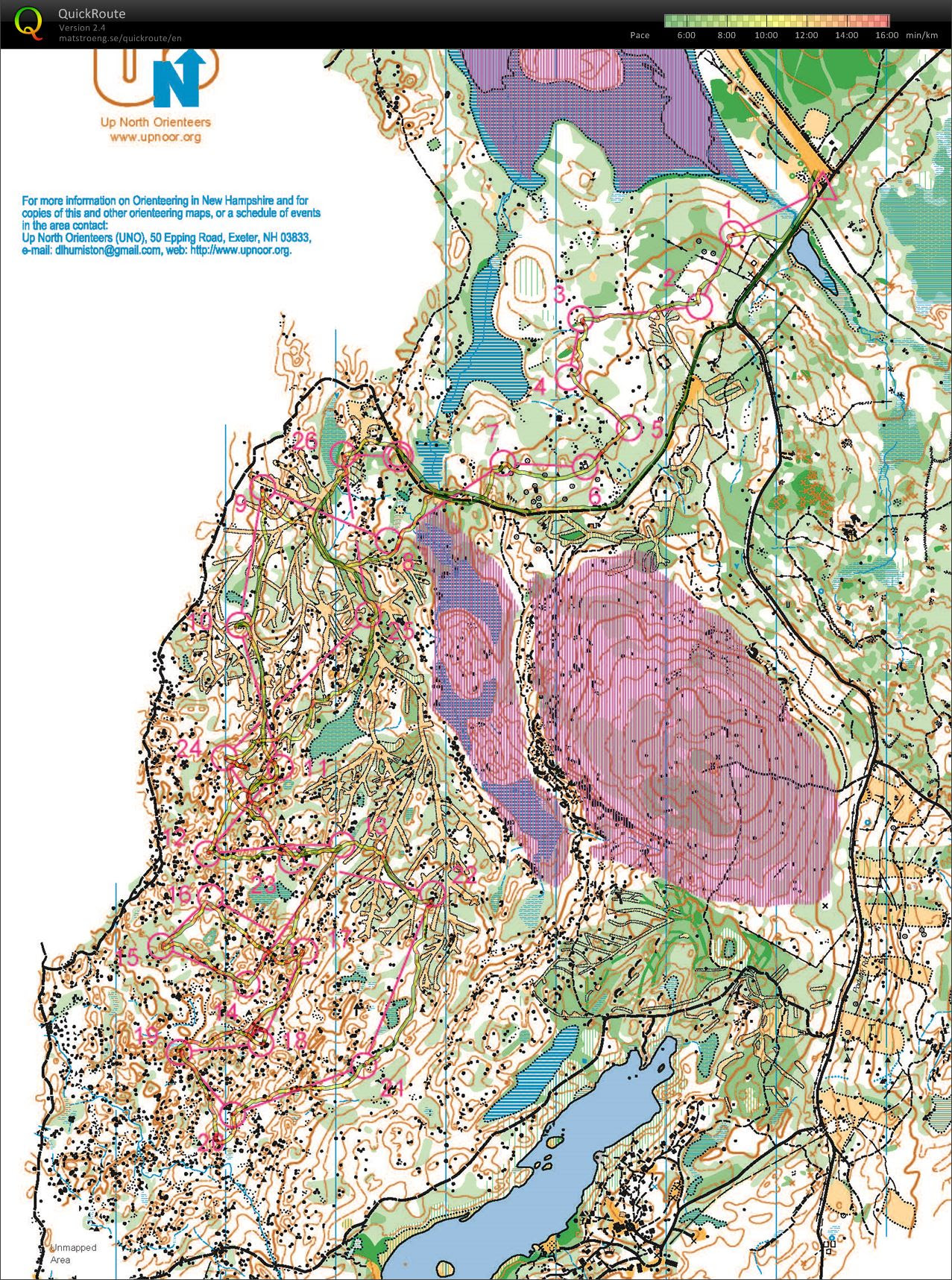 I may have been overly enthusiastic when planning courses, and we ended up with more training than any of us could feasibly do, but everyone seemed to be enjoying themselves.  Pizza for dinner and then camping out before doing the same thing all over again on Sunday! We switched state parks from Pawtuckaway to Bear Brook, which is home to a crazy-technical map that UNO used for the US champs last fall.  I was excited to try my hand at this level of difficulty again, and the terrain did not disappoint.  There were even a few strings of controls where I was really moving with confidence and fluidity, exactly what I was hoping to do this weekend!  The map to the right is from a course I ran in the morning. 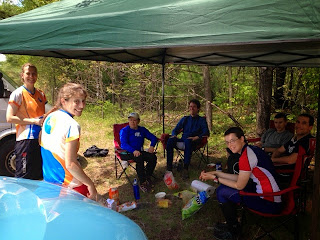 Giovanni arrived with a canopy, chairs, and birthday cake for his birthday. This was a major improvement over picnicking on the ground. 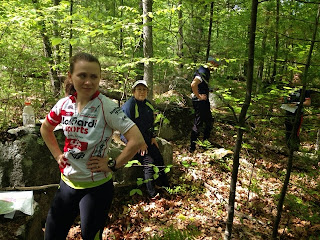 After birthday cake and some relaxing in the sun, it was time for the final exercise of the weekend, a mass start practice where we all ran some loops with various complicated instructions for how to keep seeing people and maximizing the chaos.  Chaos is an important part of mass starts, after all.  We all marched out into the middle of the forest, and then took off running.  It was super fun to have the head-to-head racing going on, as you had to keep your focus and really force yourself to pay attention on tired legs and a tired brain.  Awesome! 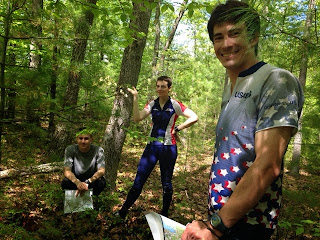 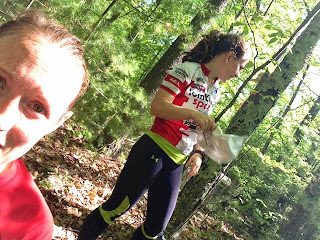 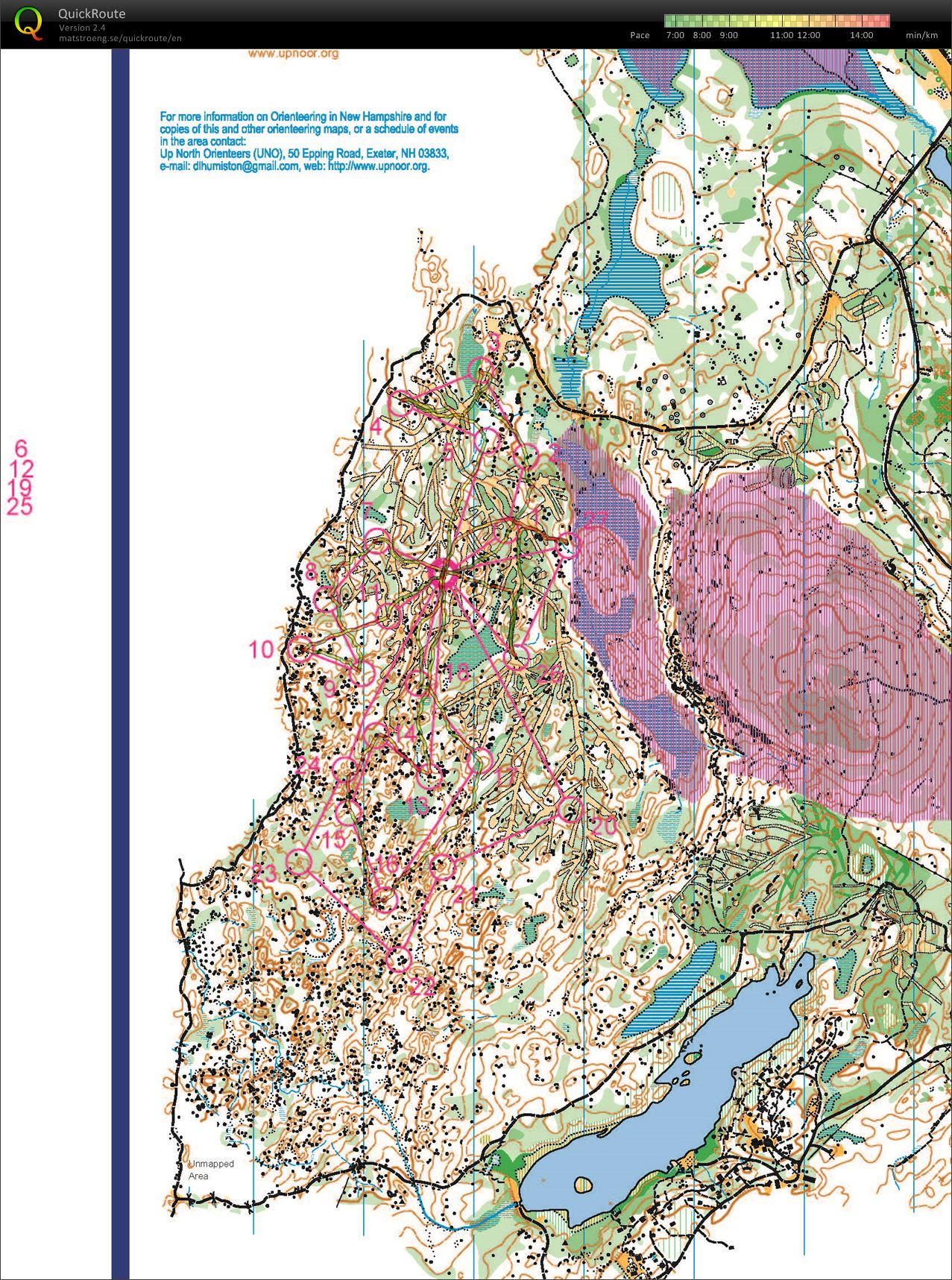 Check out all that chaos!