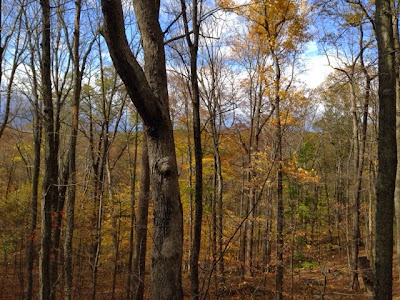 Last weekend was the final national-level orienteering event on my calendar for the fall, down in the middle of nowhere in the Hudson Valley, at the Mountain Lakes state park.  Hudson Valley Orienteers had a brand new map, and set courses through some truly spectacular terrain.  I love orienteering pretty much anywhere, but when the forests are wide open and firm underfoot, and you can run full tilt between the trees with no branches in your way, that's pretty much the best thing ever.  When I talk about sweet terrain, this is what I'm thinking about.  Compared to our scrubby North-Atlantic-Coast ecosystem vegetation we have in eastern MA, the Hudson Valley is a dream. Have I raved enough for you to get the impression that I really enjoyed orienteering in this terrain? Combined with beautiful October weather and nearly peak foliage, it was quite the weekend.

I didn't have super high hopes for my fitness coming into this event. I signed up at the last minute, almost on a whim, when my friend and teammate Kseniya, who set the courses on day 2, told me that I didn't want to miss the terrain.  Well, ok then, let's go orienteering this weekend!  I hadn't done any sort of quality training since North Americans, and with the start of a new job I've been working long hours and not really doing any training at all.  I'm not at all complaining, I wanted this job and understood that my available training time would be whittled to nothing, but I wasn't expecting that bike commuting would provide me the fitness I needed to run well on big hills, especially after the taper from NAOC had fully worn off. 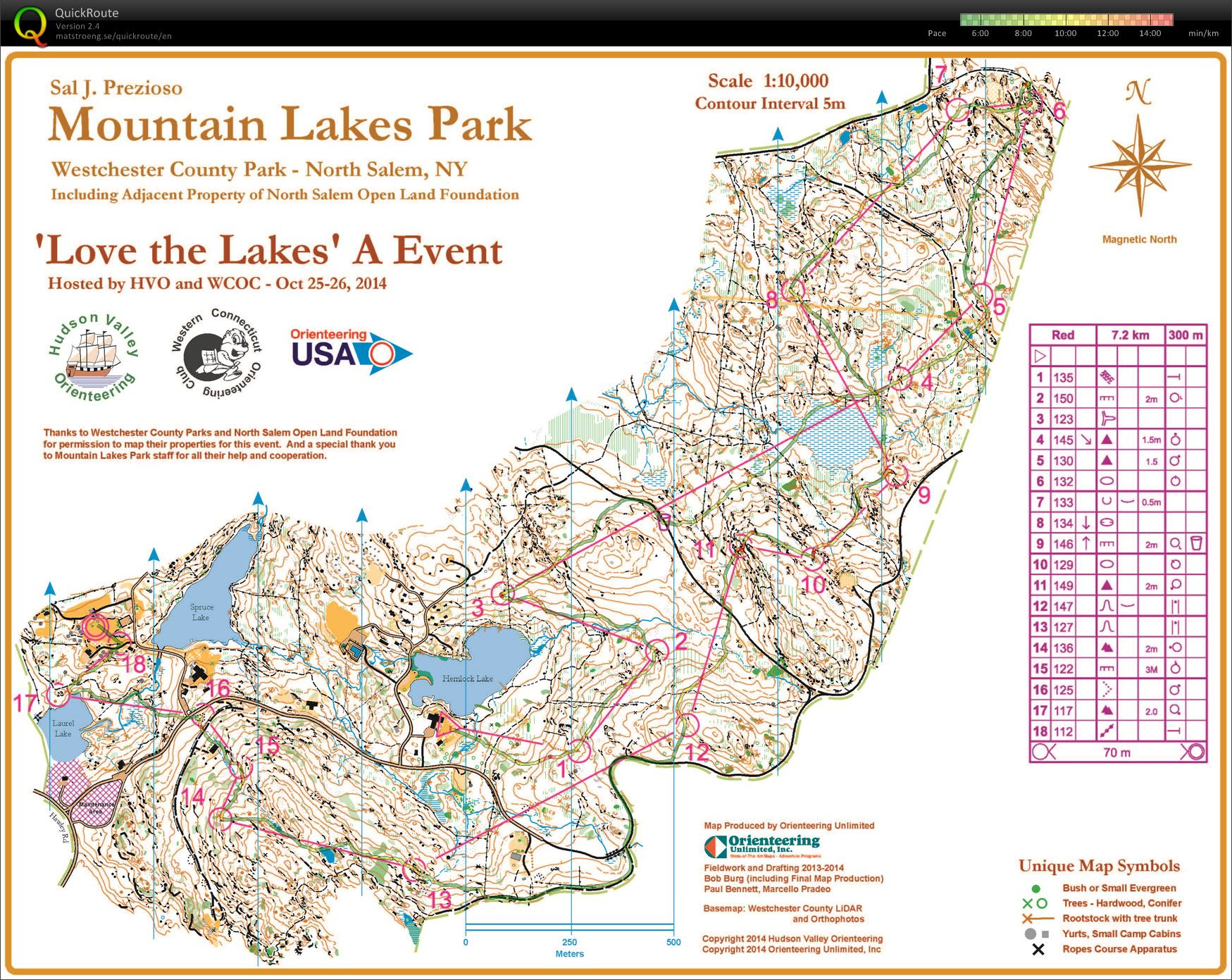 Ed and I drove over on Saturday morning, swooping through New Haven to collect Becky.  I was having some trouble shifting into race-mode, so settled upon some process goals of choosing good attackpoints and navigating safely.  This was a successful method to get me around the course, but I never felt like I fully kicked into gear, despite lots of heavy breathing on the uphills, and I wasn't surprised that Hannah Culberg, another US Team runner, got me by a minute.  Disappointed, yes, surprised, no. 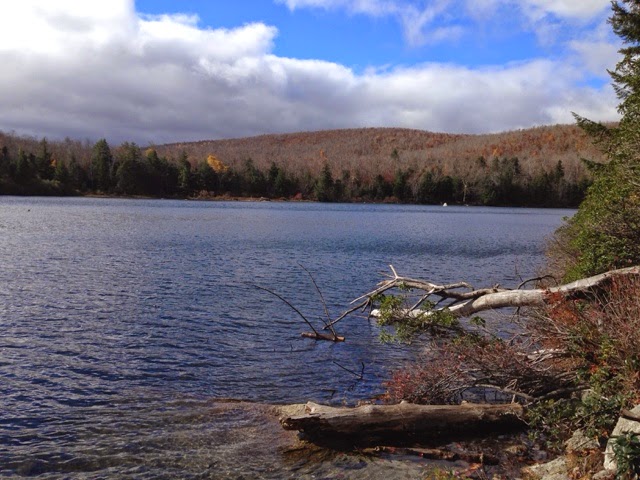 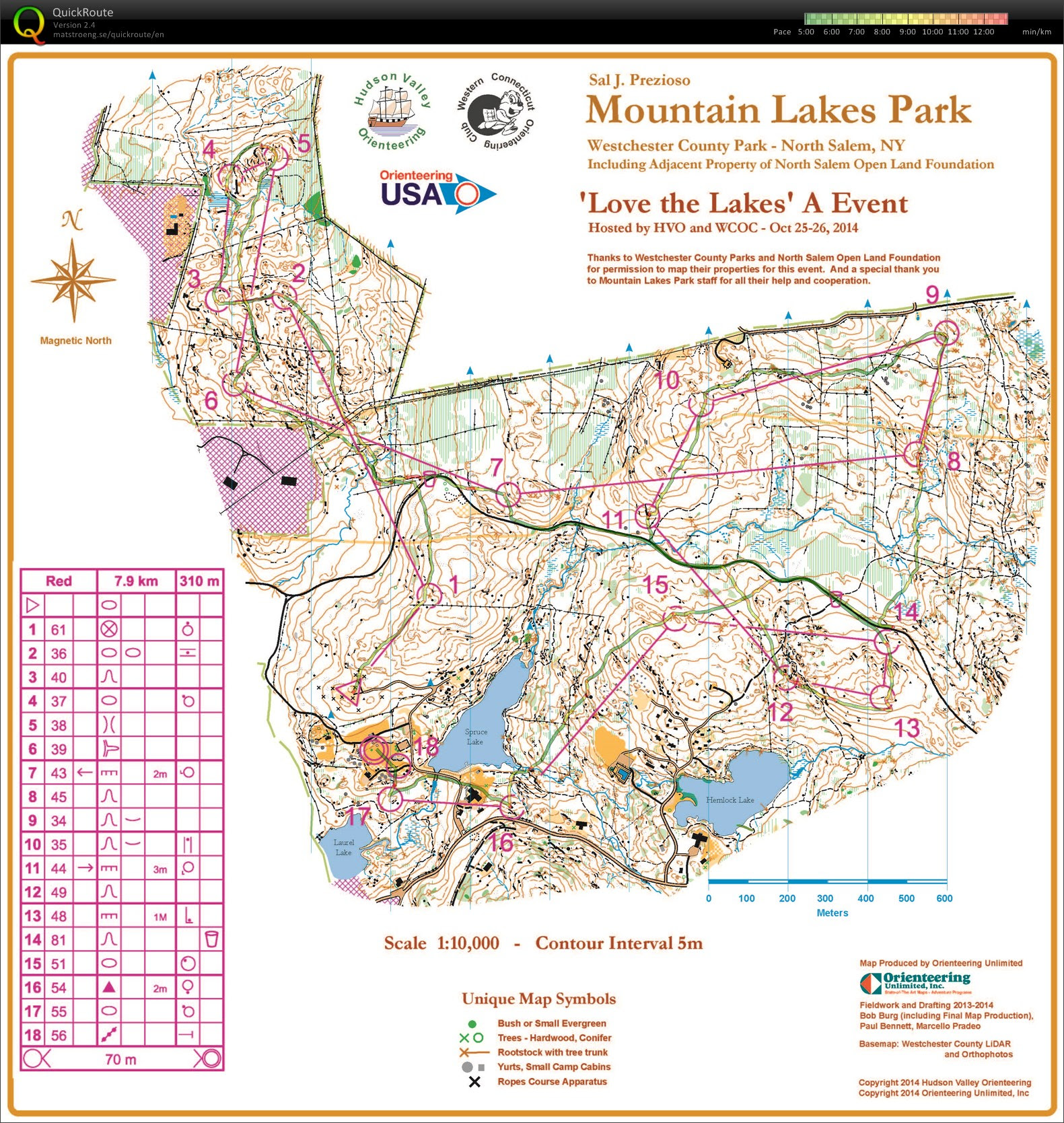 As the evening wore on, despite having a good time with friends, I was getting more and more antsy about my orienteering. I NEEDED to be able to run better tomorrow! Where could I find those precious seconds? How much faster could I convince my body to go? Then I remembered that one doesn't convince a body to go faster, you just announce that you will and do it. Racing is supposed to hurt! Funny how two weeks of no intensity makes me soft in the head. So, I changed my process goal from "safe" to "aggressive". Embrace the pain, and push harder, run faster, keep my head up. In this sort of terrain you're punished for reading too much of the map; better to simplify and then look around to see what you can see, since the visibility is so good.

This worked. I had one of my best orienteering races yet, at least in terms of trying to run with more confidence and more aggression. There was the one small blip where I was reading ahead while cruising down a road, and missed my turn for a 1.5min mistake... and another small blip where I was running along a hillside one contour too low, thus missed the control by 30 seconds when I ran too far... but it was otherwise a very clean race, where I was fully in control, and attacking every leg with full oomph. THIS was the feeling I was looking for at the North American middle distance! THIS was the feeling I was trying to identify while racing in Italy last May! THIS is the feeling for which I race through the woods. Yes, my breathing was ragged and my legs were burning, but I was spiking controls and doing it at the highest speed I could possibly maintain. The pressure of being in second place, and really wanting that first place, I used that pressure the right way, and I think I hit another phase change in my development as an orienteering athlete. Wahoo!

Despite my two minutes of mistakes, I beat Hannah by 3 minutes on day 2, and we were miles ahead of the next runner in F-elite.  It felt good to win, but I was more excited about having found that feeling of flow, that I'd been missing in Ottawa. Maybe I'm not as fit or as fast as I want, but I know how to suffer, and I just proved to myself that I can navigate while in the pain cave, too.  It's like finding the keys to unlock a door you didn't know existed.  Look out, Scotland! 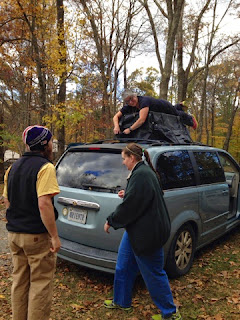 Valerie entertained us by crawling around on top of her car to get her results equipment strapped down properly.  Ed is clearly learning from the best in this business. 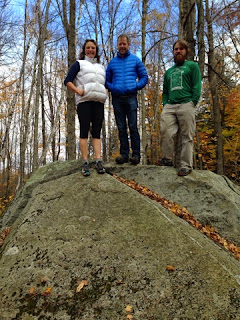 Bonus pictures from Ross and Sam's wedding two weekends ago when we went for a hike in Savoy state forest with Zan and Jonas! Big rocks are cool. 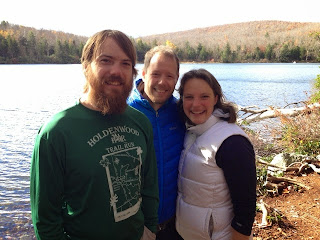