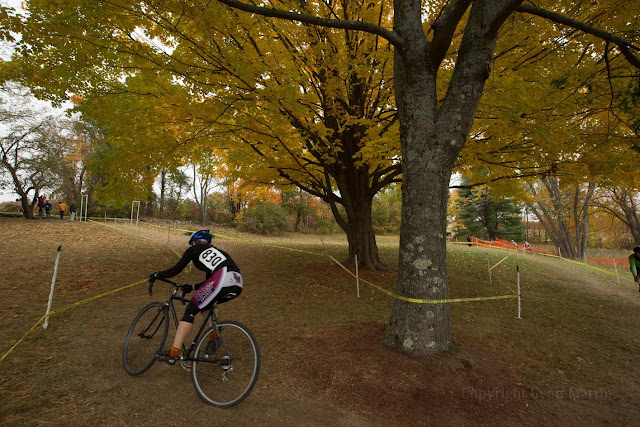 Saturday mornings, my juniors can be found rollerskiing around the back roads of some towns with plenty of hills and low traffic. One of our loops goes past the Fruitlands museum, which has a lovely view, even though they just repaved with that terrible tar and gravel stuff. Anyway, I was enjoying a leisurely cup of coffee on Saturday morning, getting ready to head out to Littleton, when I saw on social media a photo from a friend of mine of a frosty field with miles of yellow tape, and a caption saying something about a cyclocross race at Fruitlands. Wait, today? Maybe we can ski past and watch the race!

Fast-forward five minutes and I'm digging through piles of spandex trying to find some race kit. Of COURSE it's a good idea to do a race in a sport I haven't done for five years after doing a two-hour rollerski! I've never been that good at figuring out which are the dumb ideas and which are the awesome ideas.

Fast forward a few hours, and I'm staged in the back row of the cat. 4 women's field, having forked over enough cash for a late fee, a one-day license, and a number. I'm behind someone with flat pedals, next to someone on a hybrid, and everyone appears to have pinned their numbers through the holes. I love that this category exists, and that there are newbies coming out and trying these races just to see what it's like. I made a pact with myself to not be an asshole as I try to pass people. The last thing I want to do is ruin someone else's day, when they should be falling in love with a new sport.

One my single loop touring the course, I discovered that the skills came back intuitively, still second nature. I suppose that's good, considering it's not THAT hard to deal with the obstacles in a 'cross race. The pedaling power, on the other hand, was never my forte when I actually trained for this sport, and doesn't appear to have magically come back. It started to dawn on me how painful this race might be. 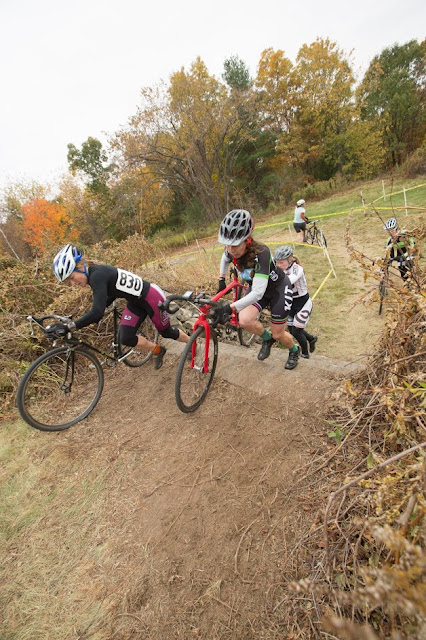 Definitely better off the bike than on.

Off we go, about a minute behind the open race. Being in the last row means it's a passing game, and I do my best to do this nicely, until I find myself among some women who've clearly pedaled a bicycle before. I had some silly plan that I'd pace myself, considering my complete lack of any bike-fitness, but then I realized that was a dumb idea, because this is a 'cross race! You can't pace yourself! Much wheezing and leg-burning followed, and good god, who put that hill in my way? I started to pray that the elite women would lap me and shorten my misery by a lap, but that wasn't to be.

I was going back and forth with someone whose kids were cheering for her (go mama go!), and someone named Karen, and they were both much stronger than me on the false flat power sections. I was much stronger in the technical bits, so there was quite a bit of yo-yoing going on. Quite a bit of mental yo-yoing as well - on the uphills, oh god, so much pain, I can't keep pedaling. On the turns, downhills, and dismounts - whee, this is fun!! Then we'd hit a power section again and oh god, my legs! my legs! they're falling off! I finally mustered the strength to ride one of the punchy little climbs before the finish, and managed to keep the gap, landing in 6th place.

The dangerous thing is that we humans are terrible at remembering physical pain, so all that's left is a memory of how much fun it is to be breathing hard and struggling to beat your competitor, just guts and glory and mayhem. Must not get sucked back down into this cycling rabbit hole... 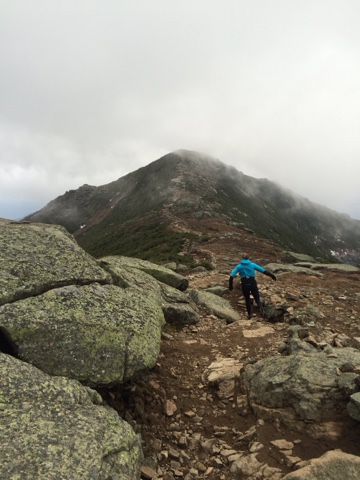 I've been busy - this also happened. One of those days where putting one foot in front of the other is so good for your soul. 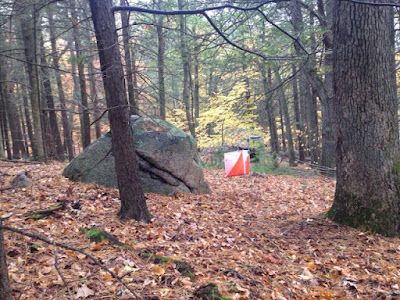 This happened on Sunday. Ed and I put on a local/regional meet at Lynn Woods, and had relatively happy competitors, except when they were lost. Note to self: don't make the courses so devilishly hard next time. 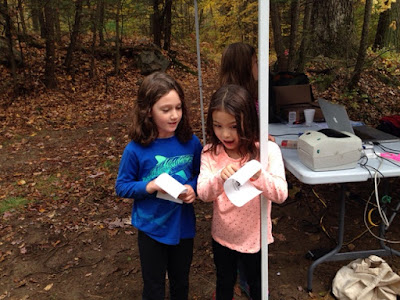 These little girls went out on a course, and came sprinting in to try and win the last split. I was tickled to watch them animatedly comparing splits. Gotta start 'em young! 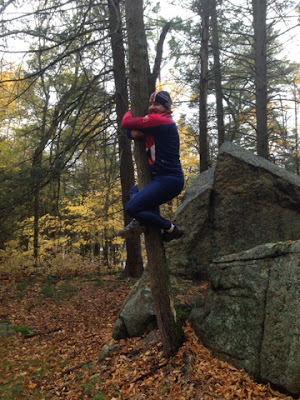 Hi Alex, Thanks for the nice write up. The Fruitlands Race is a hair brained idea Gary David and I cooked up last year when I learned Todd was pulling the plug on Canton. Worked pretty well. I'm glad you came out and had fun. It was good to see you.
John

I'm so glad it worked that I could come to your race! That course is a hoot, but needs some sand... thanks for hosting it, and good to see you, ever so briefly.